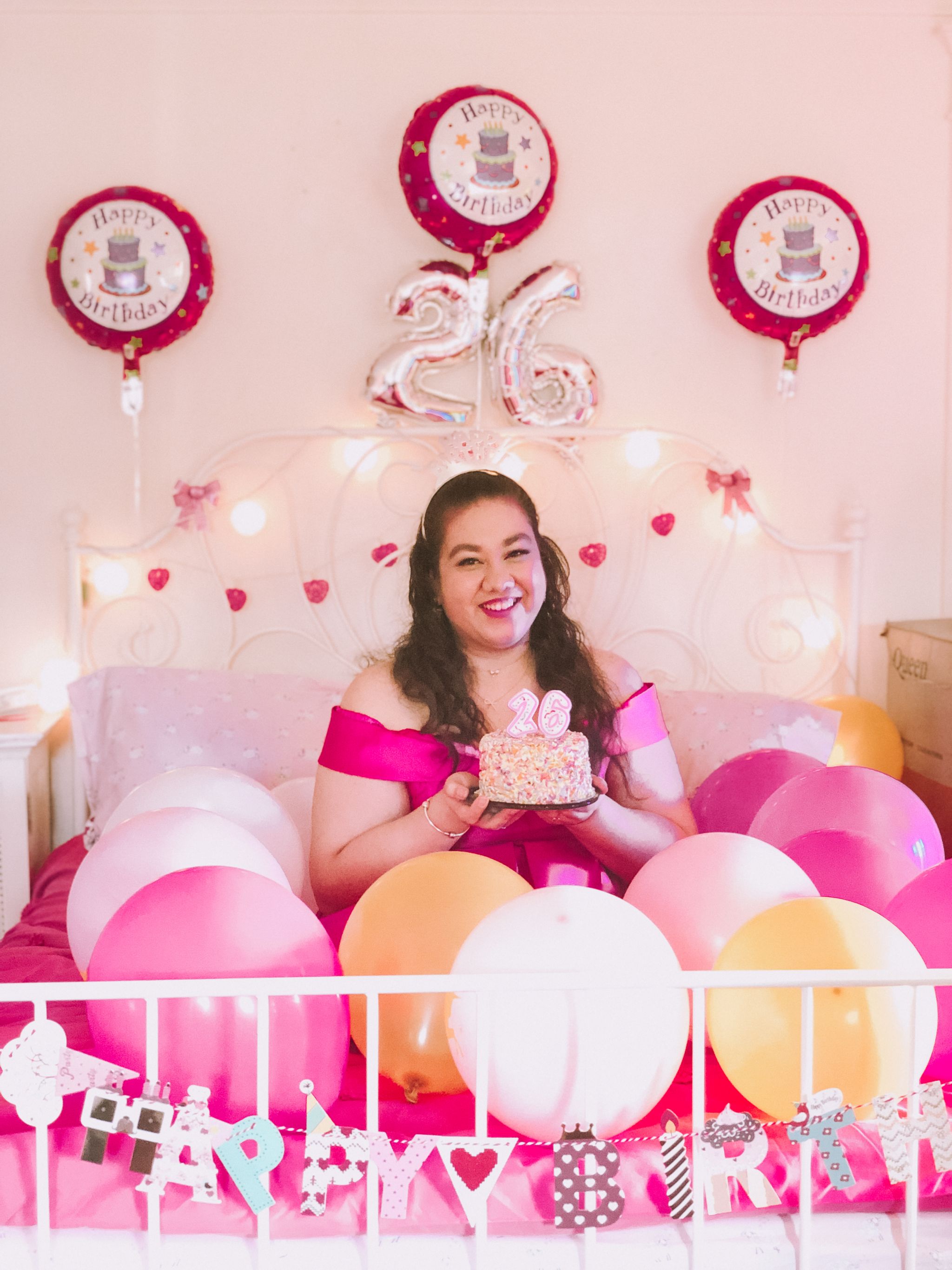 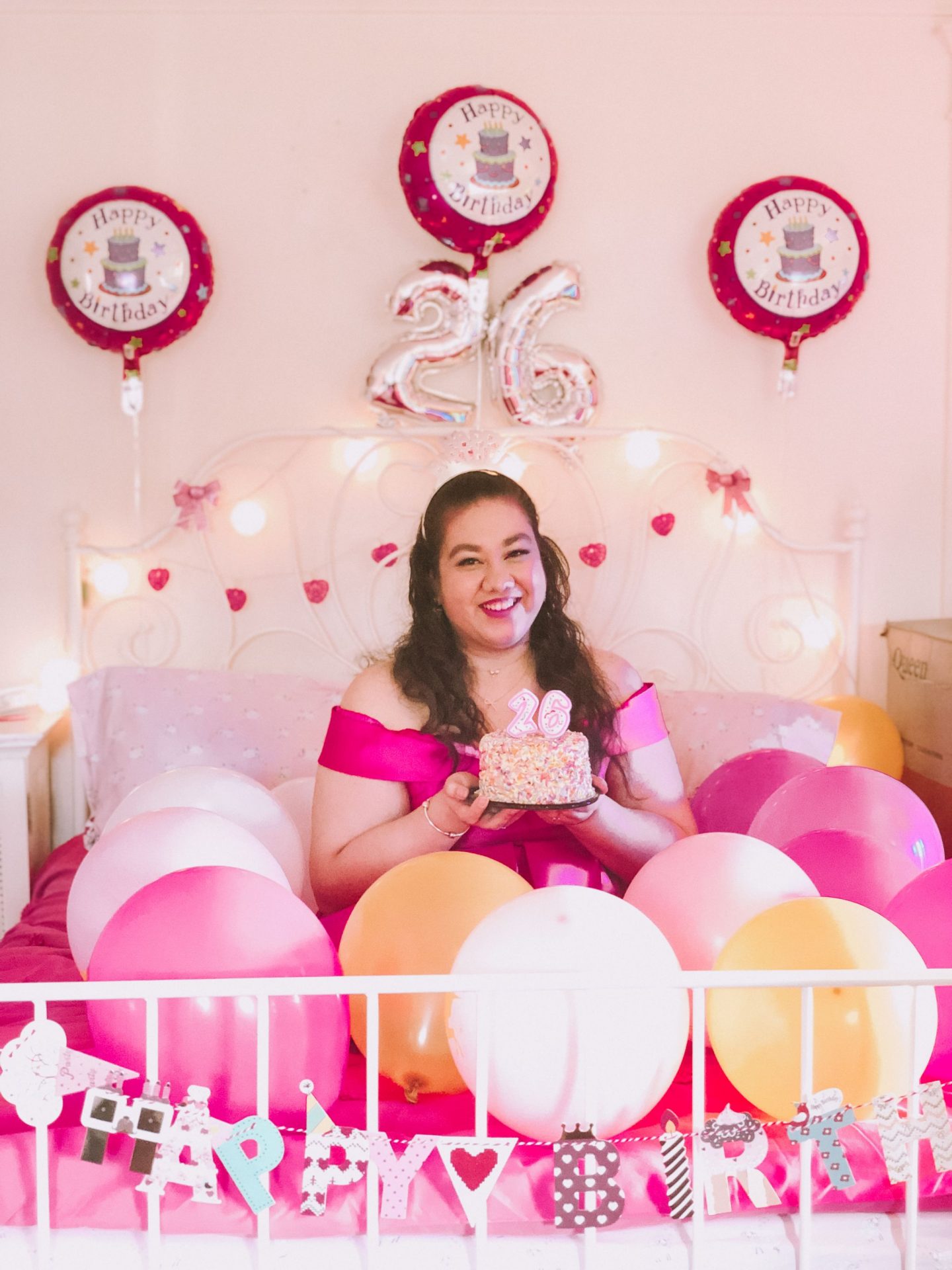 Yes Jackie! You don’t go by Jacquelyn much anymore. All thanks to your 8th grade crush who insisted on Jackie as Jacquelyn was too long to say and sounded way cooler. It’s 26 year old Jackie and boy do I have a lot to say to you. I think you may be asking so many questions because I know you love asking questions. Well, where do I start? This will be rambley and long and probably in no consistent order so I’m just going to write what comes to mind. So since I brought up that 8th grade crush of yours well you were wrong about falling in love with him and one day get married. Sadly you moved away from that town and never saw anyone from your middle school again. You’ve had a few crushes since then but no one has claimed your heart just yet. Hopefully much older us will have better news for the both of us. So far you are enjoying your late 20’s (yikes but yay) and having the best time as you just moved to LA again 10 months ago. Man being independent is wild and those days you craved for your own place finally happens so be patient. You live in Hollywood by the way. You actually live by all those tourists places you used to watch in movies. It blows my mind every time I pass the Hollywood sign whenever I pop in to Target (by the way you still love Target) and so your mind is even more blown to be reading that as you always dreamed of visiting those places and now it’s right outside your doorstep. Did I not mention you move away from the US? Well you did and your parents and I guess you decided it would be a good idea to live in the Philippines. It had it’s ups and downs and if I explain them all then this letter will be thousand of pages long. You enjoyed some of it and hated a lot of it. You grew up though and learned from everything that came your way. It was fun but our soul was telling us to go back to LA and experience life out there. 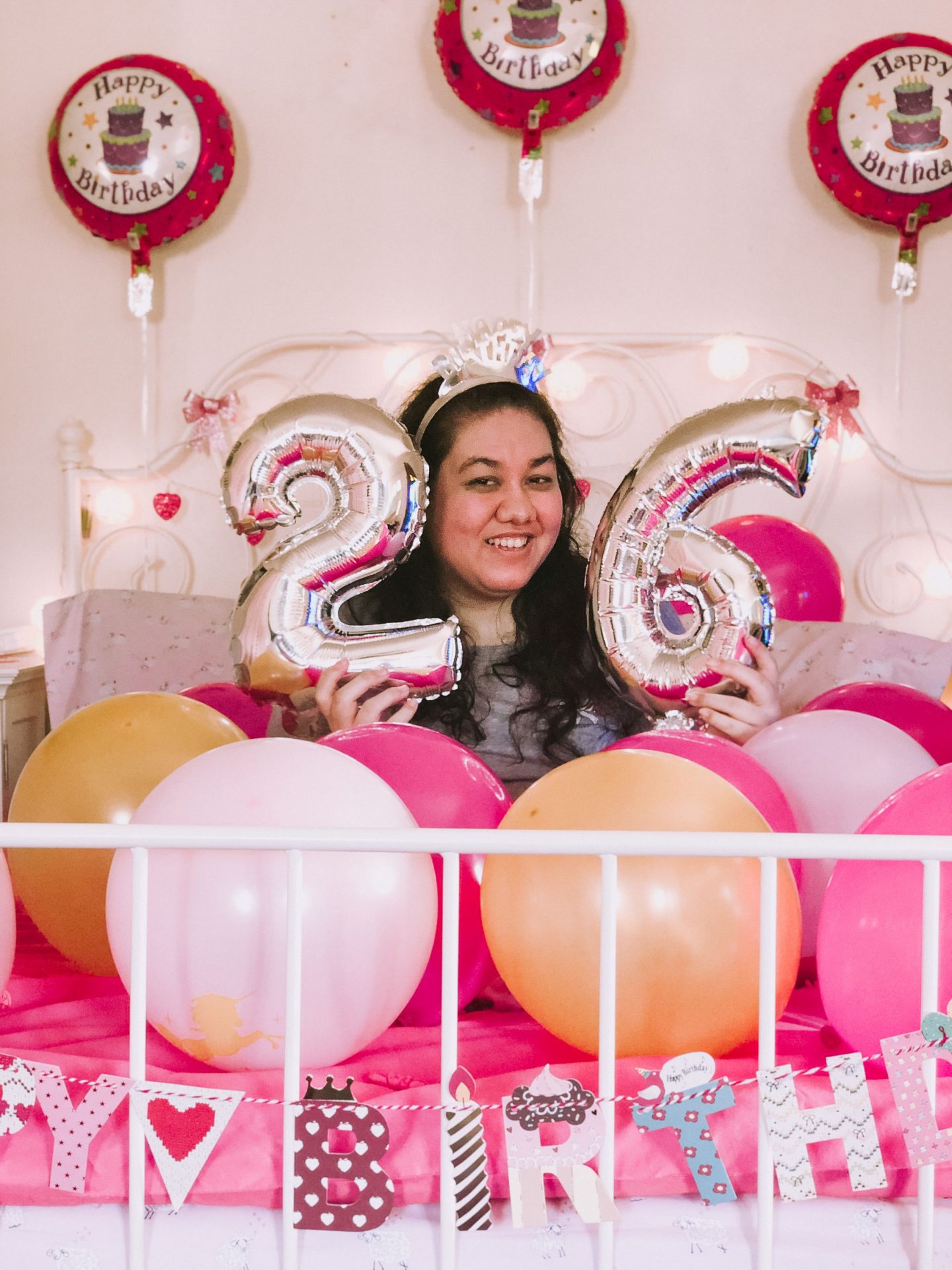 You spent ten years in the Philippines and a lot of family drama happened. You lost your grandma unfortunately in 2016 and it broke your heart but a silver lining was it brought our family back together. You went on several family vacations and so many awesome memories were made. You’ll have to put up with some toxic family members and I wish you would realize sooner how much they affected you. I wish I can hold you and tell you how wrong they are. You are you and I wish we could have seen that sooner. Hey remember being insecure about your body and not liking that you had a big butt and stomach. Well it’s celebrated now. I wish I could see the look on your face when I tell you that big butts are appreciated so much in 2019. Instead of negative comments and criticisms you will get praised and compliments about it which is strange at first but you learn to accept it and be proud. Who knew those nights crying over it would come to an end? You are much more accepting of your body and though you have days where you hate it well it’s not as frequent as before. 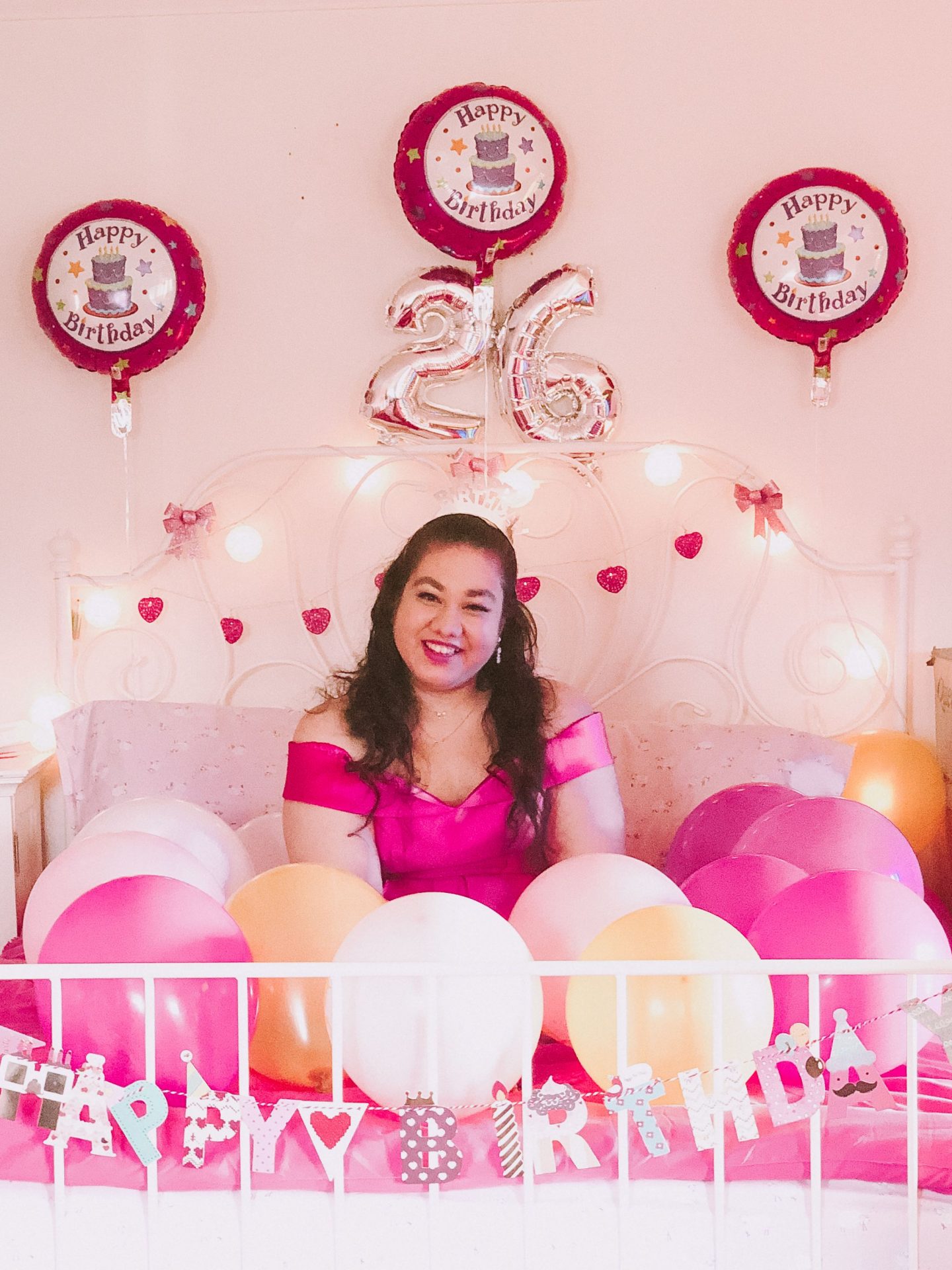 I think 16 year old me was looking at colleges. Am I right? I think so as I remember going on college tours and trying to look into where I wanted to go. Well let me tell you. You are a college graduate. How wild is that!? You were just looking at brochures and now you have one. It’s actually not in education as you had been planning since elementary school. Oh, no you did not follow in your mom’s foot steps like you planned. I know all those essays you wrote that you wanted to be a teacher when you grew up. It’s not like it didn’t pan out but you realized it was your mom’s dreams to follow in her foot steps and you just wanted to make her happy. She’s still proud you graduated college and gossips to all her friends and family that you finished. You have a degree in communication and media studies because on New years Eve you decided it was so cool hosting the family get together and that you finally liked the sound of your voice through a microphone and speakers. Remember when you cringed hear your own voice? Let me tell you in the future you will be listening to it a lot. Also those stories you used to write and loved creating in your head. Well that contributed to you going down your course and you still love it and do it occasionally not as much as before where you sat in your room writing down so many of your thoughts in those purple lined notebooks. You like hot pink now by the way and not purple. It’s thanks to dad who buys a hot pink Motorola Razor instead of the lilac or was it light pink one you wanted. Since that moment you buy anything that’s hot pink and it’s become your signature color. 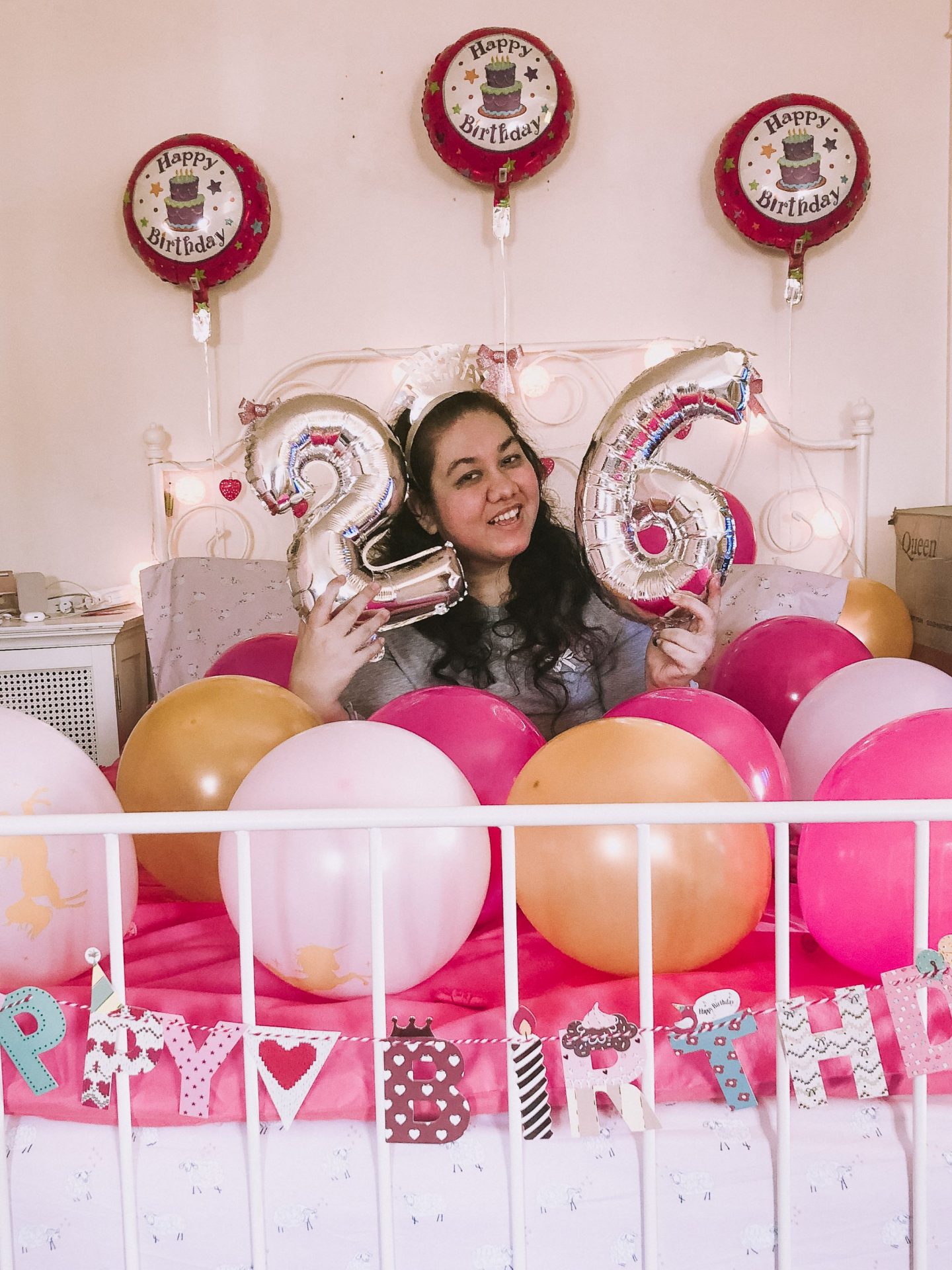 There’s so much more I want to tell you but I have to wrap it up soon. You still like to ramble a lot and write all your feelings down. I think that’s what started your love for blogging back in 2010. You’ll start a blog when you turn 18 and let me tell you it will change your life as it’s the best thing we had thought of. You’ll actually be making money from taking pictures of yourself. I know crazy. I was as shocked by it as you must be. All those hours you spent video editing or making different things on the Windows program dad got us paid off as it’s still so fun and you learned so much from it that it came in handy in the future. Who knew spending all those hours editing silly videos you made would turn into a career. Us liking to be in front of the camera and always being photographed helped so much. You are still so confident in front of the camera and I wish you could see how much success has come out of it.

I know 16 year old Jackie you are so confused and sad. It doesn’t get better for a while but it does. Your early twenties was stressful and you were so scared and thought things wouldn’t look up. Well they do because you put yourself first. I wish I could tell you sooner that you should prioritize yourself more and not please everyone. Even at 26 you are still sometimes doing that but it’s much better. Things are much better and you are such a strong person for dealing with the crap you’ve seen. You’ll go through so much 16 to 25 but they make you a better person and you grow to adapt. I wish I could hug you and give you my confidence because you lacked it so much at that age. 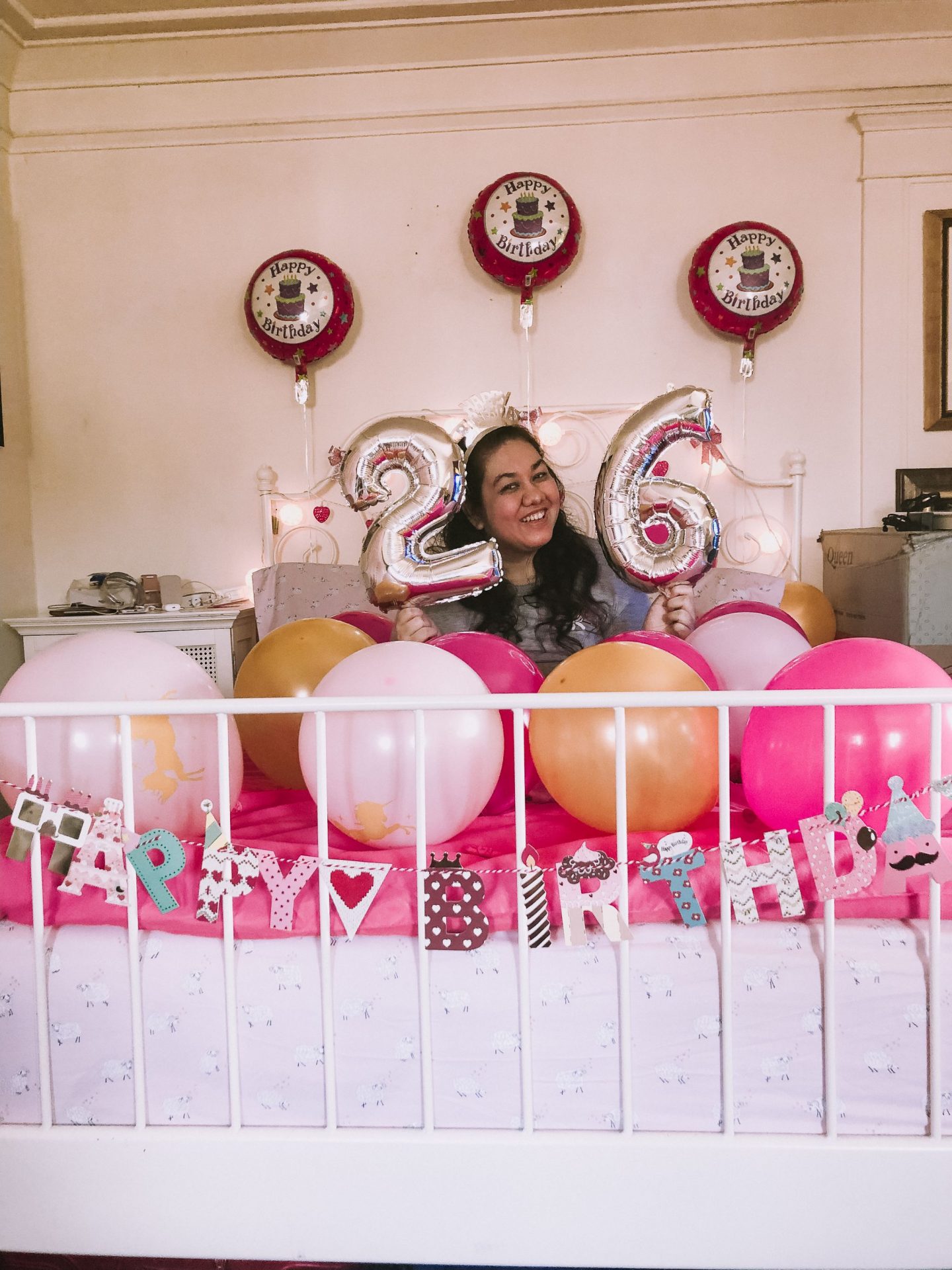 I hope this letter will prove how much you’ve grown and the things you’ve seen. I tried to fit in as much as I can and I know I left so many things out or your wondering about this or that but hey it is what it is.I guess that’s it 16 year old Jackie

Well that was a bit emotional but I saw this blog post going around and I thought I would do the whole a letter to my 16 year old younger self. I did a similar post kind of like this here. I can’t believe I was 16 ten years ago and sometimes it feels like yesterday. It’s not perfect and I know I mix up tenses and change point of views so much. I just wrote what was in my mind and on my heart and what what I say if I were to send a letter to my 16 year old younger self because that’s what I was feeling. My birthday was yesterday and though I feel sappy writing this and it seemed a bit sad I enjoyed my birthday which I wrote about here in a photo diary. I just thought it would be cool to do this. Let me know what would you tell your younger self. I have this blog and channel to look back at some of those memories which is so cool so glad I have that. So that was a letter to my 16 year old younger self!