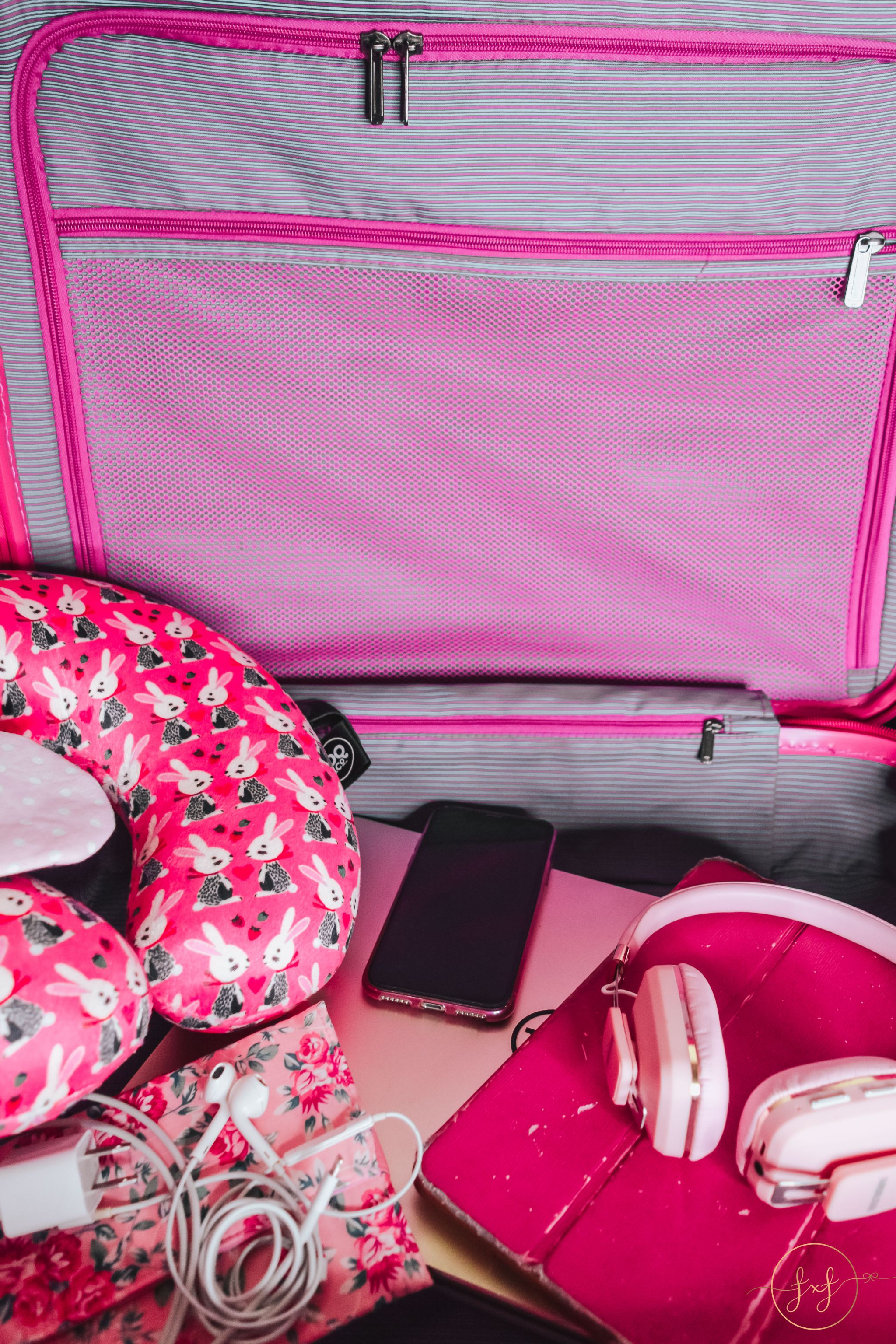 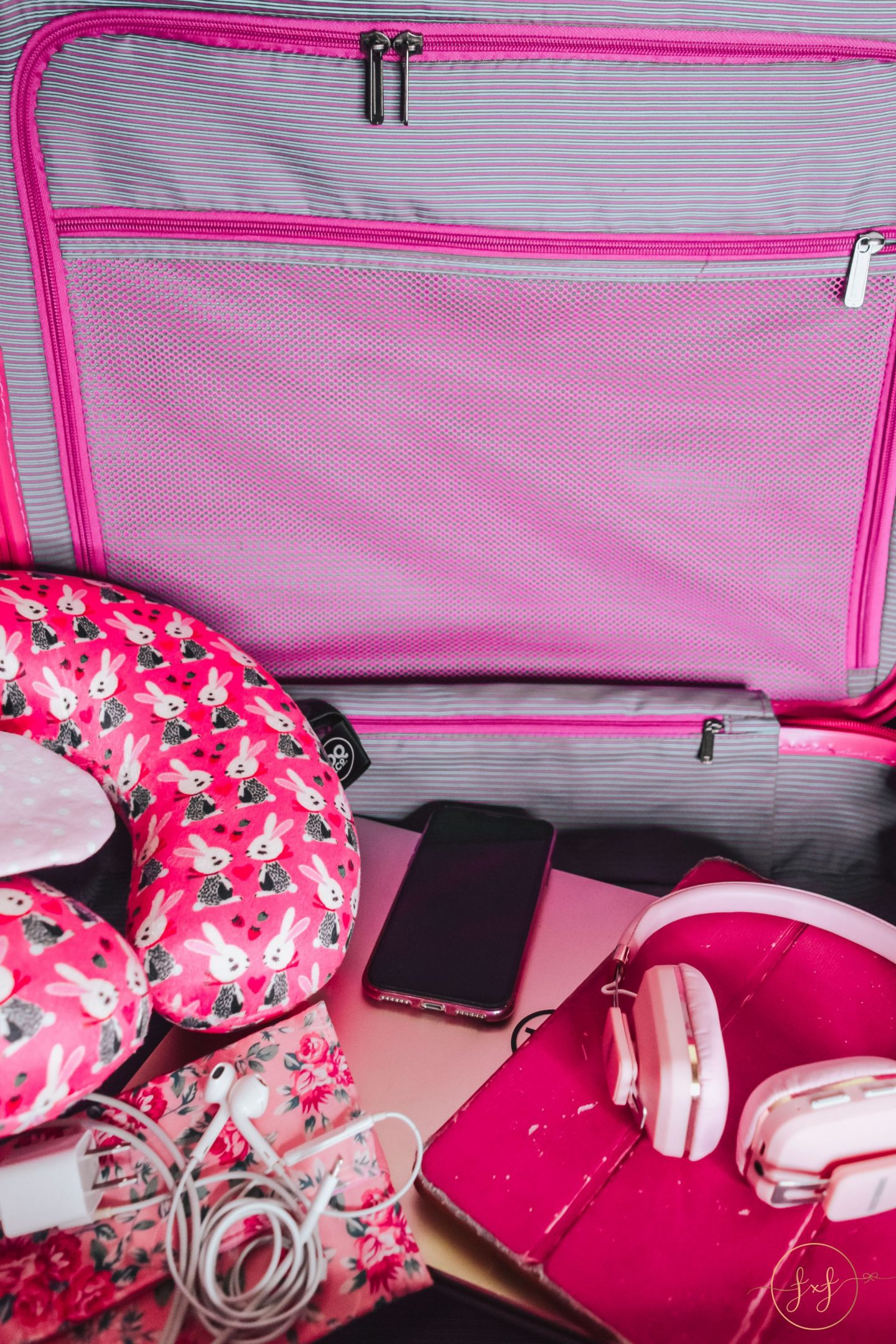 My  Long  Haul  Flight  Essentials  To  Pass  The  Time 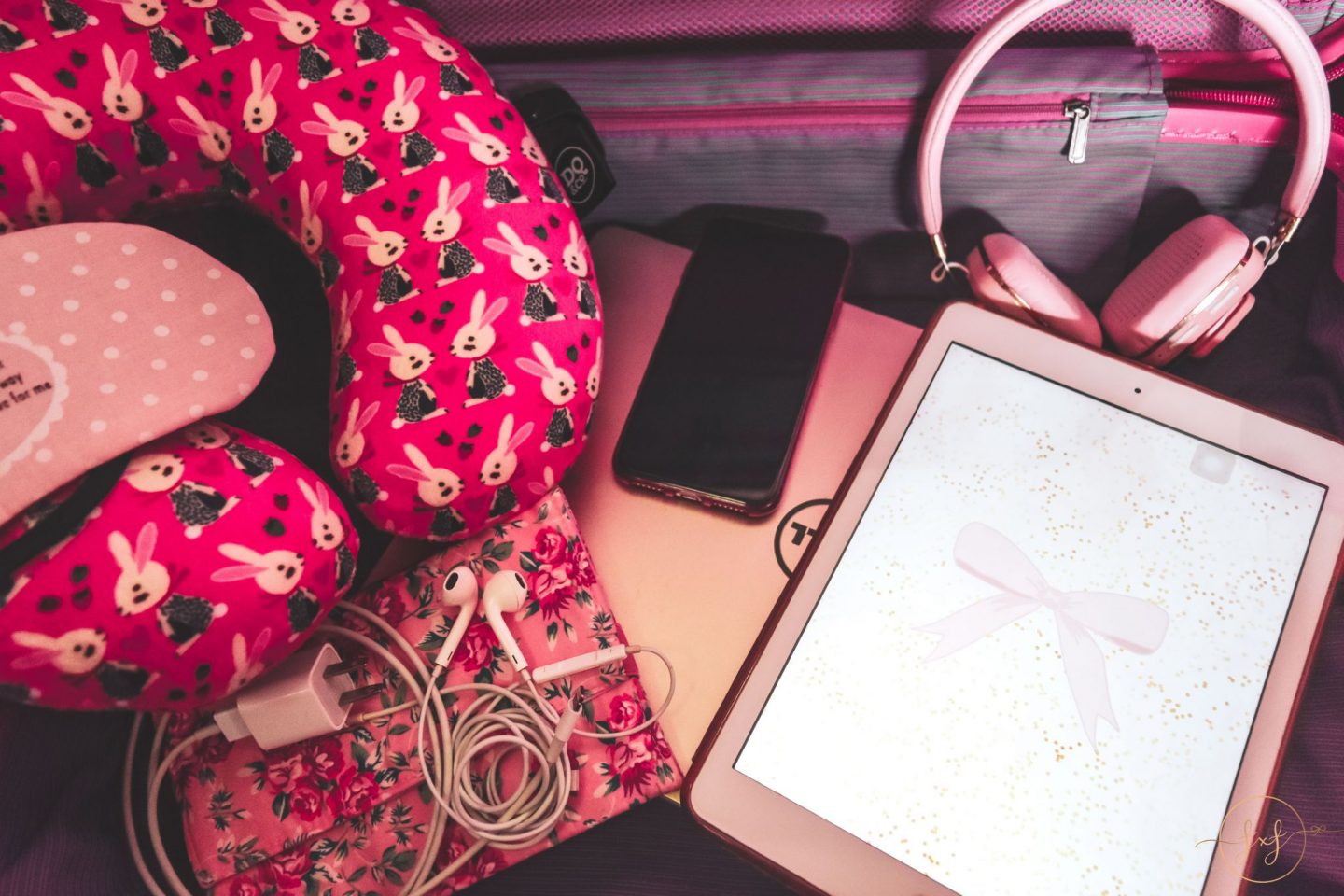 When I flew last I had a few devices that I took with me. I remember sitting with my Nintendo DS Lite in pink of course and it died in the middle of the flight as those battery power banks didn’t exist back then. To listen to my music I had my classic iPod and the battery was great on it so it lasted the whole time. Then I had my Motorola Razor cell phone in hot pink (yes I know I was that girl with that phone) with me but I couldn’t use it for anything other than to take pictures and the quality of that camera wasn’t the greatest. I only had those gadgets to survive the flight and now I’m taking an iPhone, iPad and my laptop to get some work done. I have all these devices and I don’t have to worry about battery life as I have one of those battery power packs that charges all of my devices. In just 10 years, technology has changed so much.

The last time I took a flight the planes didn’t have individual TV’s in front of you and just one main screen that was pretty far away in the front of the plane. You had no choice but to watch what was on the in flight movie they had on which was always terrible and never entertaining for me at least. I honestly don’t know how I survived such long flights before. I think I just slept or listened to my iPod the whole time. 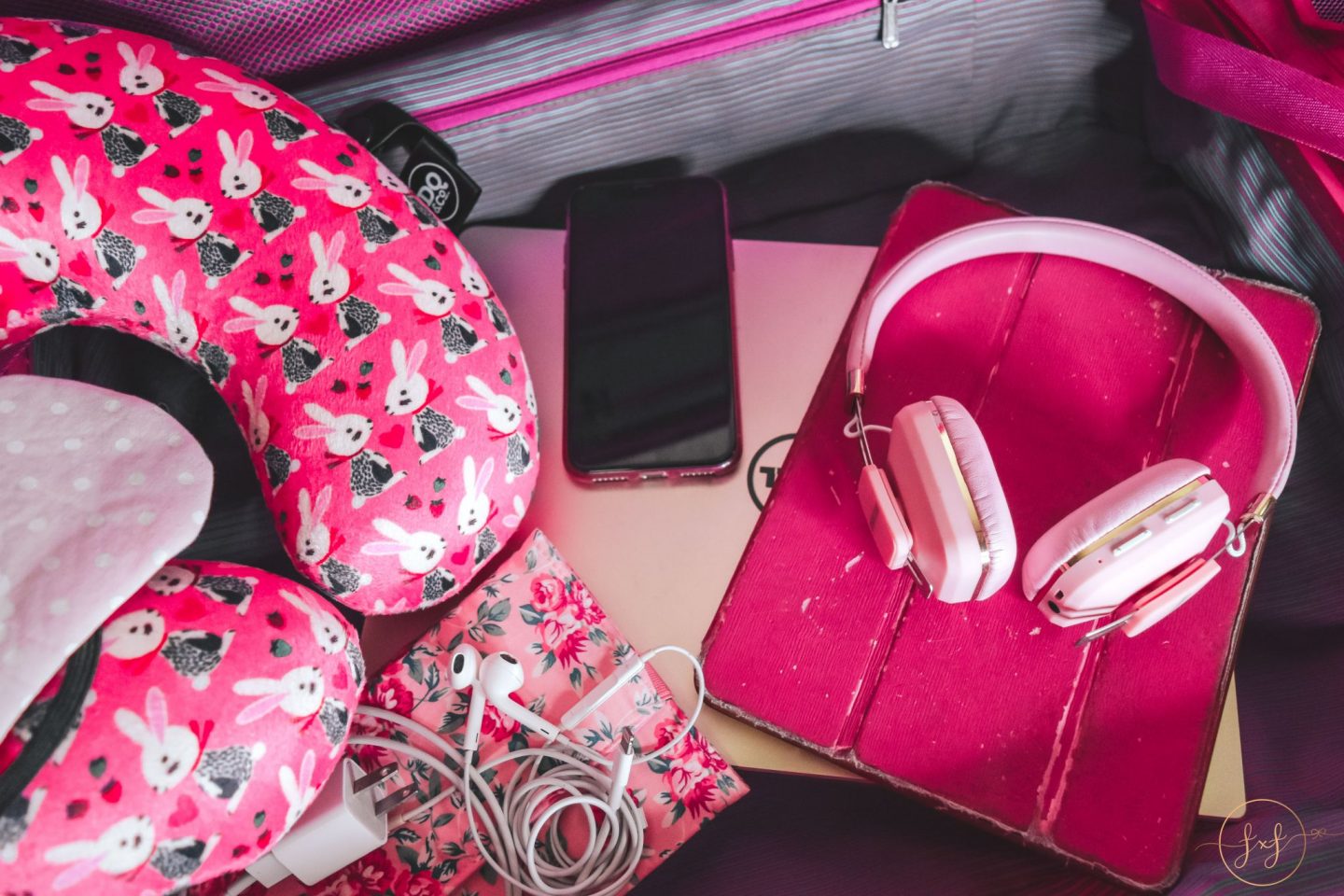 I downloaded The Royals on to my laptop to watch. I have saved this series and stopped myself from watching it just so I can binge watch the fourth season all the way through. It’s been tough but I can’t wait to watch that at the airport and on the plane. Next I have the Crown which I have heard great things about and finally get to watch it so I downloaded the first season on my iPad. You would think with both these British royalty shows that I was flying to London not Los Angeles. I also have Riverdale as I accidentally stopped watching but now I have an excuse to binge watch the last half of season 2. Last is Brooklyn 99 and I just started season 1 and love it so far. I saw a tread on Twitter on why it was such a good show and to be honest the thread made great points so since it was on Netflix I have a few episodes of that downloaded. So in the end. I have plenty of TV shows to pass the time and not make me bored.

If I do get bored of watching all those TV shows, I have ebooks saved on my iPad. I always have a few books saved so I can just cozy up with a good book and it doesn’t take up too much battery. I have a few YA options but one I’m really excited for is Eleanor Oliphant is Completely by Gail Honeyman which has been recommended so many times and in so many other people’s to read and raved about books so I hopped on and saved it to read on the plane.

As for music, I don’t have my iPod anymore well I do but I haven’t used it in years so I’m not taking it with me. I have Spoitfy on all my devices and downloaded a few albums. There are a couple new albums so I have the Shawn Mendes and 5 Seconds of Summer album to listen to. Then I have some old faves like all the Little Mix albums and a few other playlists just for measure.

Since I’m bringing my laptop with me, I thought it would be nice to either edit a vlog for my channel here and finish writing Friday’s blog post which needs to be done since I will be in limbo because I don’t know which country I will be in. It is better I just have that scheduled so if you don’t hear from me for a while it’s because I am traveling and have no internet. I’m looking forward to getting some work done but honestly I know I’ll procrastinate and just binge watch all those shows I just listed. 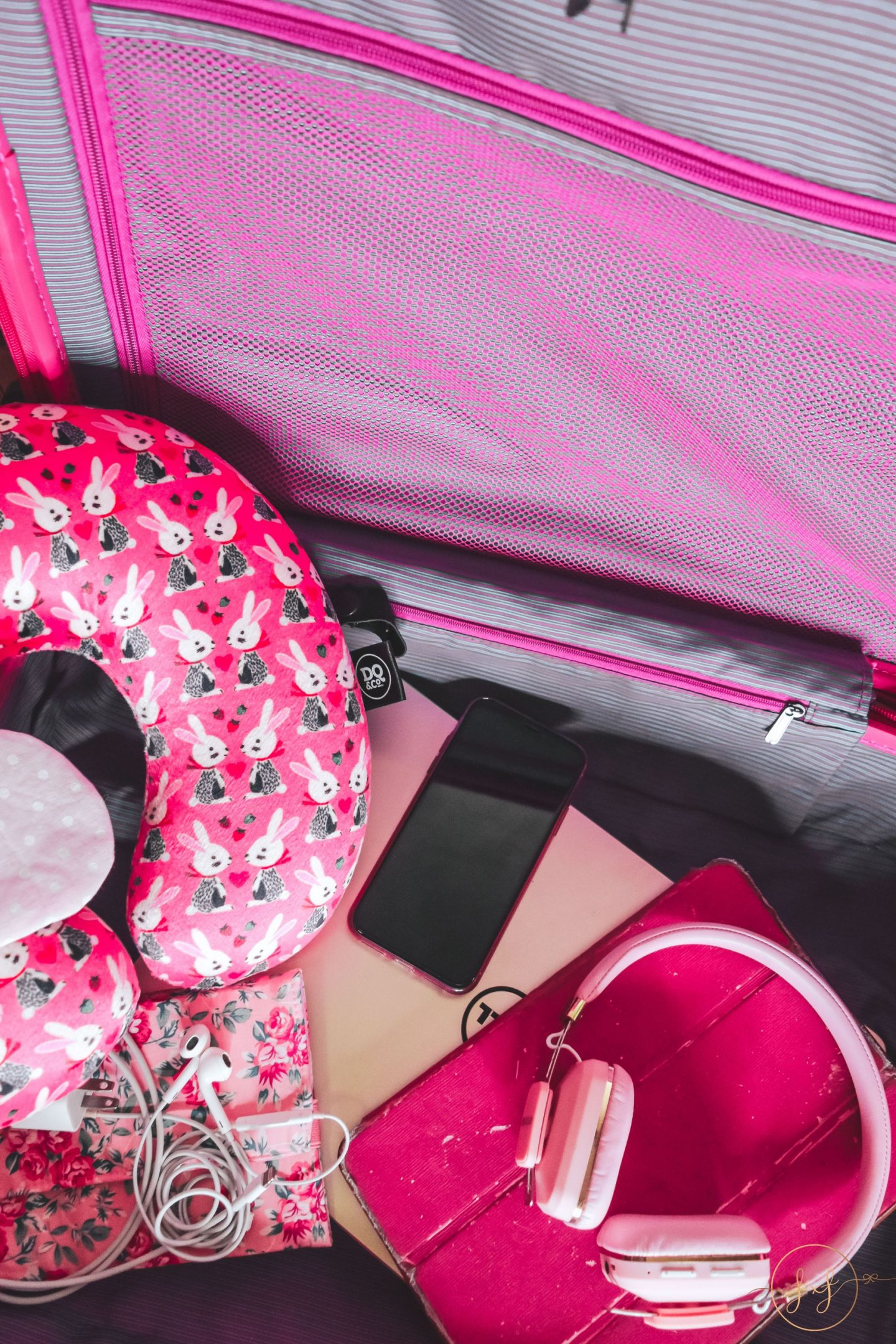 Those were my long haul flight essentials to pass the time as I board and while on the plane. I don’t get too bored easily but I do when I’m not doing anything. I hate sitting around and waiting when I am not doing something though so I do need to pass the time by doing something. I am excited to just sit and watch TV and maybe read a book or two. I made sure to have a new show, a feel good show and one I just started to really give me options. I think I am all good and I just wanted to share with you and give you an insight on what I’m currently watching or will watch as well. Let me know what your long haul flight essentials to pass the time are and if you like the waiting or need to be entertained. I’d love to know what you watched or did to maybe give me more ideas before I head to the airport tomorrow.