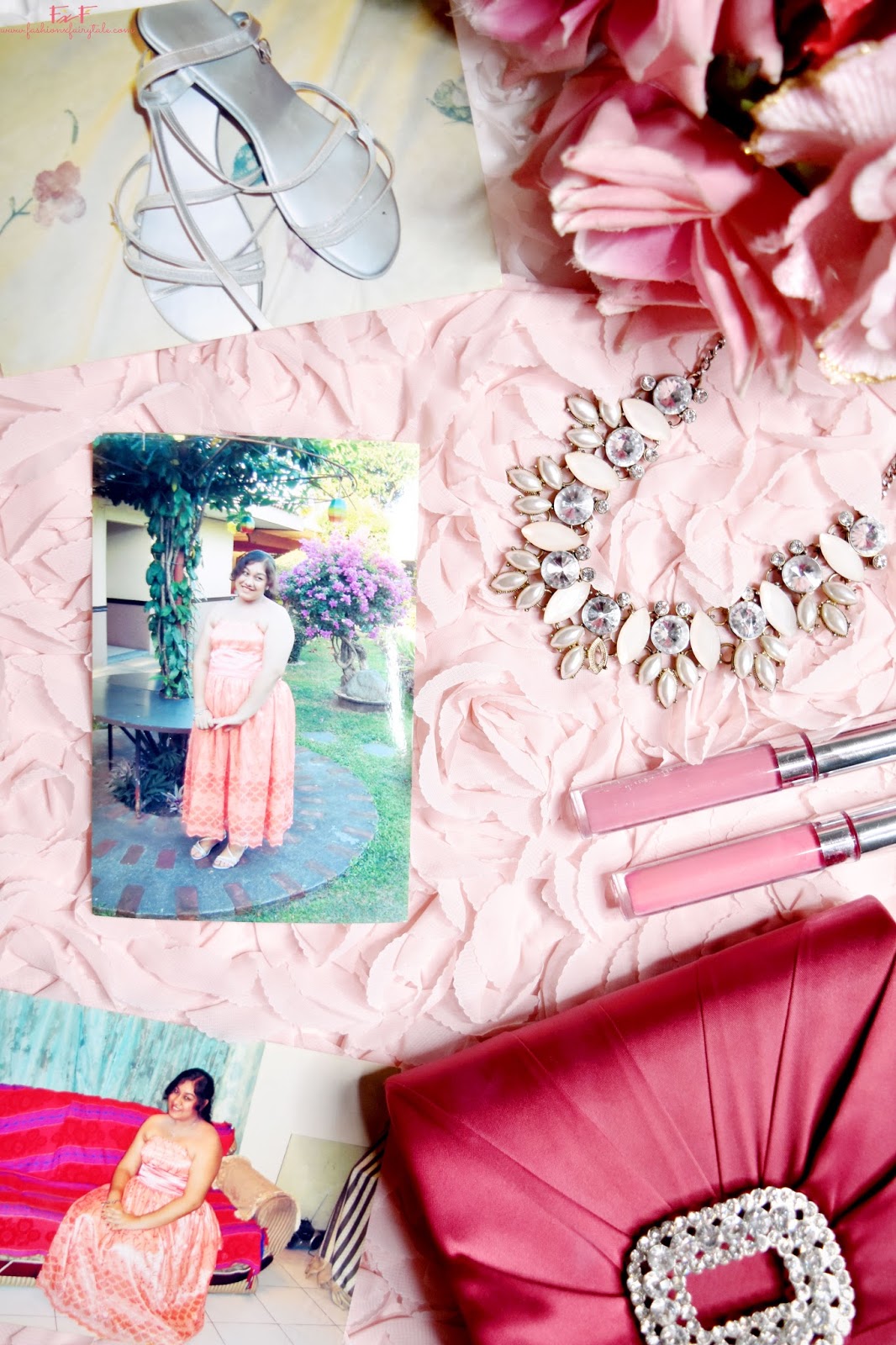 A look back at Prom

Happy Thursday! It’s a bit of a Throwback Thursday here on the blog as I was reminded it is almost prom season especially here in the Philippines. It reminded me of mine and I found some pictures from it last month that I thought I would share. I’ll post more about that later but first my 2nd cousin came over begging me to help her as her prom is sometime in February already. It seems like so long ago since I was preparing for mine and now I’m going to be helping my 2nd cousin prepare for hers. According to her I’m the only one in our family who can do makeup and hair which I guess is true since I took a course and got certified in it while I was in fashion school so I see why. I’m honored though and can’t wait to help her with everything cause it is so fun and probably the best thing about high school. So when OKDRESS got in touch to do a post about prom dresses I thought it came at a perfect time because we are actually going to a shop this weekend to look. I can’t believe I’m going with my 2nd cousin who I use to take care of and honestly she was my favorite as she was so cute to dress up and we would match as well. She is all grown up and going to prom which is crazy. I love she went to me as we always did that stuff before and we always got along so well. I am so excited for the weekend and having a girls day out but before that we went online to look for some inspiration so when we are at the shop we know what to look for. So both of us choose some dresses and want to share with you some prom inspiration in case yours is fast approaching as well! 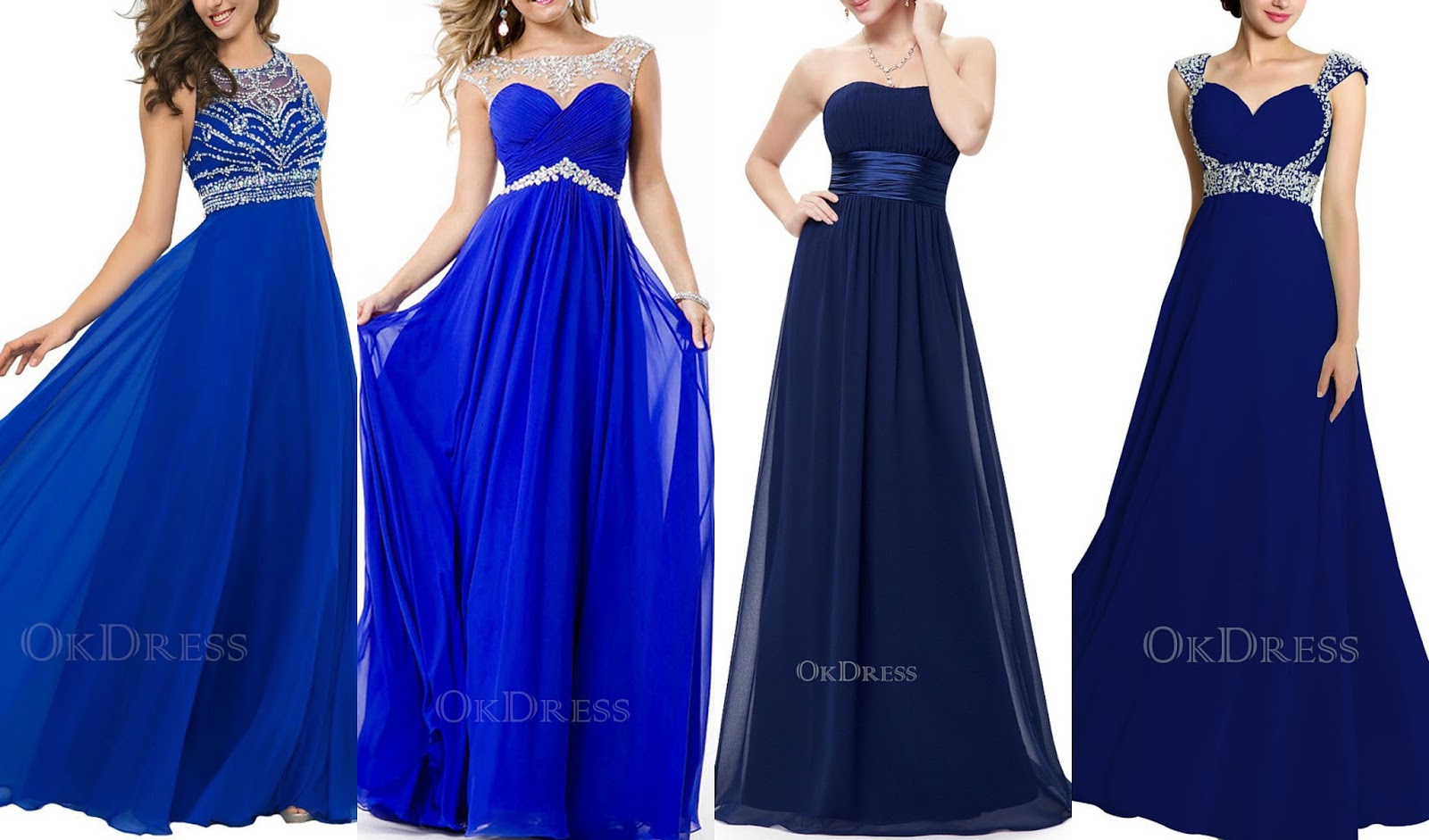 My second cousin, Jel, already had colors in mind which one was a blue. She loves the cobalt blue like a lot of my other cousins so it seems like it is a family color trend at the moment. I recently just got a dress in the exact bright blue so it is popular for us. She definitely wants a long gown and made it specific that it has to be an evening gown. I told her that it might be hard since I just got done wearing one for the ebloggers ball and it was hard to walk in let alone dance in one for the night. She made up her mind and she says it is a once in a life time thing and she might not get a chance to wear one for a while so I totally agree with her thinking. Jel loves diamonds and sparkles and I agree since we are both pretty much the same person so we agree on most things unlike her sister who has very different taste that’s why she went to me and not her own sister. I’m pretty much her big sister with these sorts of things anyways. I like her two choices but I picked two myself to maybe convince her. I do like the second one she picked since it reminds me of the gown I just wore. My two picks were a different color. They are both still blue but I went with navy blue as it’s more my taste and not as bright. I went with one that is very simple and elegant and she likes it but in her words it is too plain. The next one has diamonds and sparkles and she liked that one a lot more and I don’t blame her the more diamonds the better. It gave us a good idea what to go for and we are stil debating on what shades of blue but other than that we narrowed it down to long and flowy gown with a lot of sparkles. 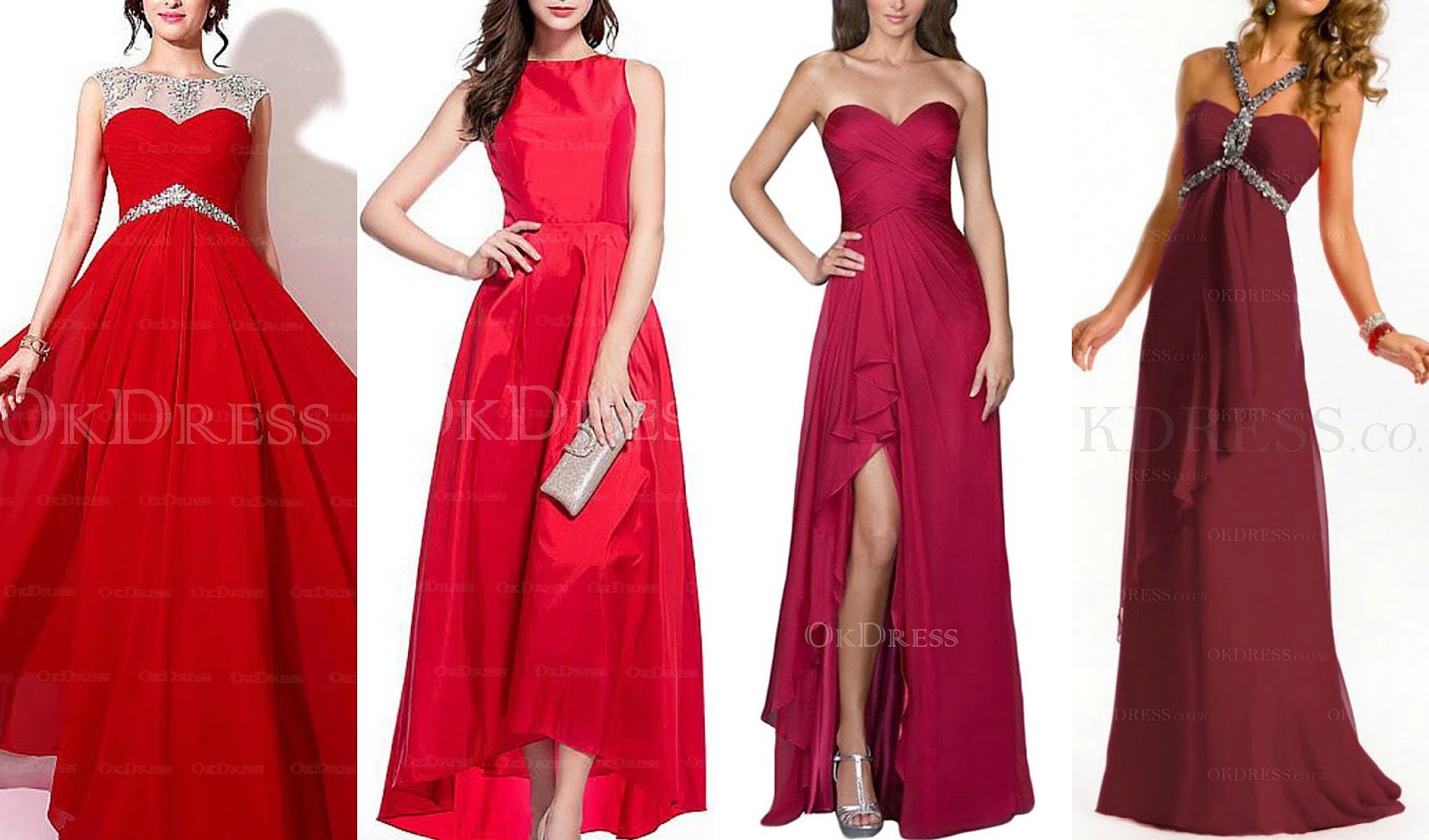 The next color is red and says a lot of her friends ae going for red. I told her to sty away and do your own thing so she can be unique. You never want anyone at your school with the same dress as you. Again, she picked the first two and the first on looks very similar to the blue above but she really likes the style and I actually do to. It is a pretty perfect gown but for me I would get it in another color. She wanted a classic red but it reminded me of Christmas which during the holidays I love red and you saw me wear it so much but for other kinds of stuff I am not really a fan. I love how she has her own choices and so do I. We agree on a lot of things but it seems like it’s colors we don’t agree on at the moment. I went for a kind of red which is the wine red or marsala. It is my favorite color after pink and I am obsessed with wearing it. So I again choose a pretty plain one but this has a slit in the leg to be sexy which she actually lied it even if it was pain and had no sparkle which surprised me. I did pick another one with diamonds though it is a pretty elegant one. She just says it’s fine but I was pretty happy with my selection. Those are pretty much the ones we picked but there are so many more on the site. It was fun to look through them together and have a nosy around dresses to give us an idea what is out there and what styles and trends are popular at the moment. 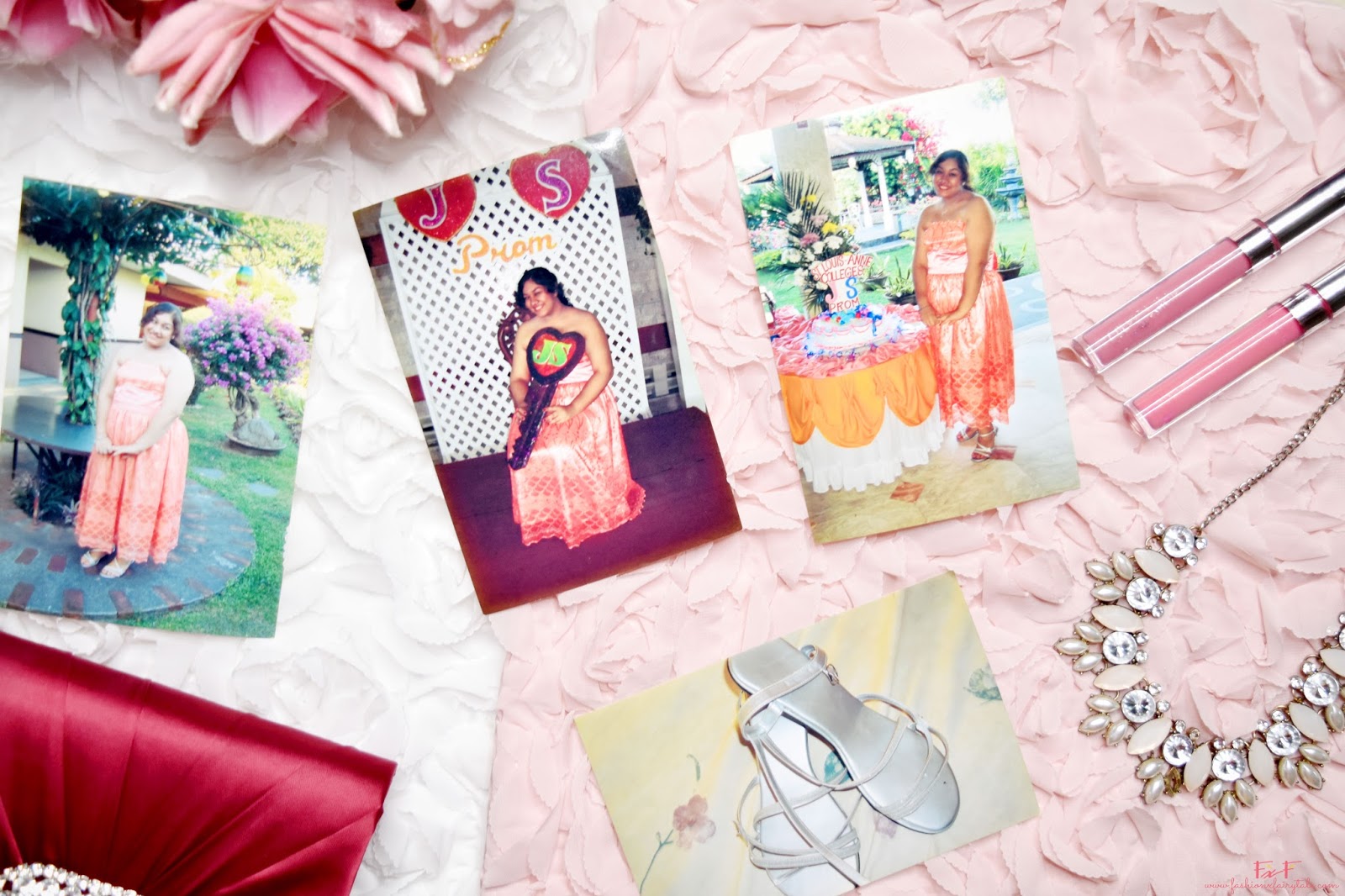 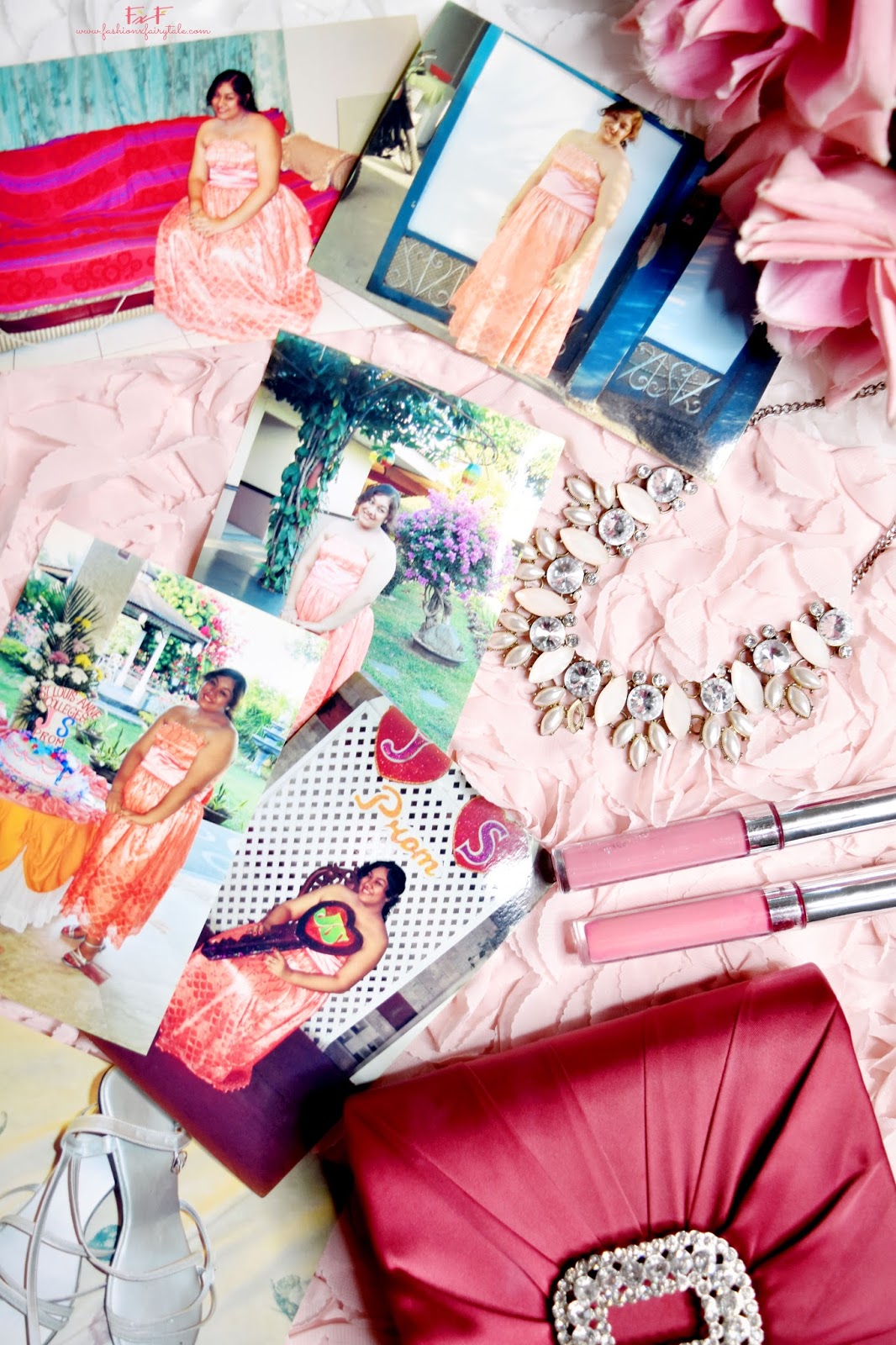 Now as I promised here is a bit of a Throwback Thursday of my prom. I showed you a few in my vlog during Vlogmas since my dad found these pictures in the storage room in our house. I never showed you on here so I thought I would since I was reminded prom was coming around again.I wore a midi ball gown which was not in style at the time but it was my own idea. I designed my dress and had it custom made but at the time I didn’t have a very good designer so I trusted my aunt which I shouldn’t have since it didn’t turn out how I wanted. I wanted a pinky peach but I got an orange peach and it was nothing like I imagined. I was a lot bigger than I am now and didn’t know how to dress so it made it worse. I did get my shoes customized too which I was happy with. Another thing I didn’t like was my hair and makeup as I just trusted a different aunt and she said this was a lady who is learning and needed the money so I agreed and I don’t even remember what she did but I wasn’t much into it but I can’t change it now. If I could I would change and I can do my hair and makeup so much better like I did when I went to the ball since I really liked that and I would totally redesign the dress. Other than that prom was fine but honestly I don’t remember much anymore even though it was a few years ago.

That was a little look at my prom and some dresses or Jel to get inspiration from. This post makes me want to redo my prom and go again but my turn is over and I have to let her enjoy. Let me know how yours was and if it was perfect and all you imagined or not so good but you had fun like mine. There were literally so many dresses on the site to choose from and me and Jel had a fun afternoon hooking my laptop to the TV and just looking thorough while we snacked on the couch. I’m looking forward to the try on session though and maybe when it is all done I will update you on how it went because I m so curious and want to be young and do that all over again. Also I might do another prom series like this on maybe some tips or stuff like that so let me know as well if you will be interested. I think that is it for now but hope you got some dress inspiration and got a good chuckle at my throwback prom pictures!

*This post was written in collaboration with OKdress but my opinions of choosing my own prom dress are all on my own.

What did your prom dress look like and was it how you envisioned it?