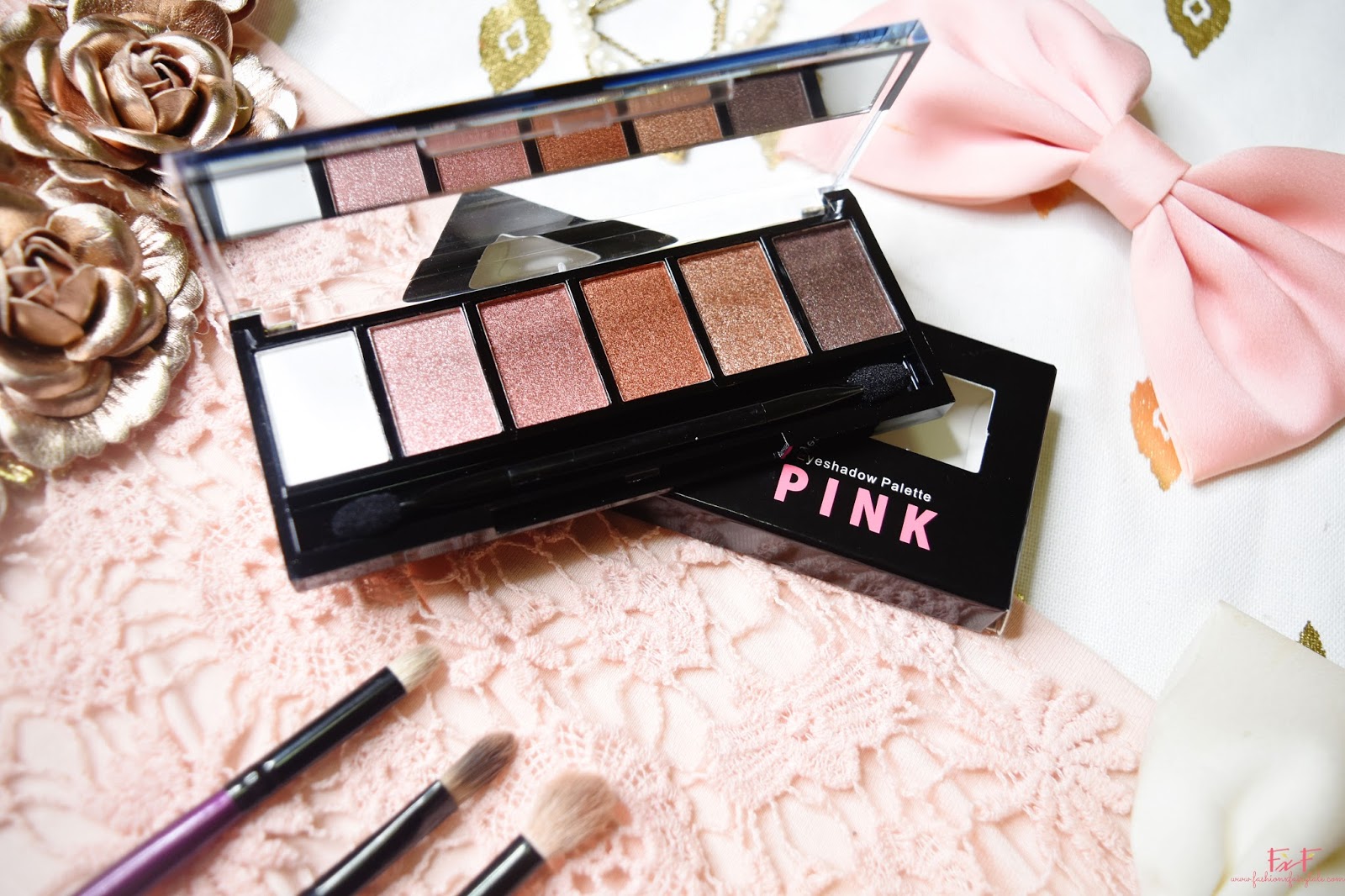 Happy Monday! This is going to start of my first review of the Ever Bilena products I bought. If you don’t know what I mean then you can see me buying the EB products here and then a first impression and testing a full face of the products here. Since I’ve gave them a pretty good testing I thought it was time to start reviewing some of them and the first one I picked is the EB Eyeshadow Palette in Pink.SO let’s just jump into my first makeup review I’ve done in a while on this palette. 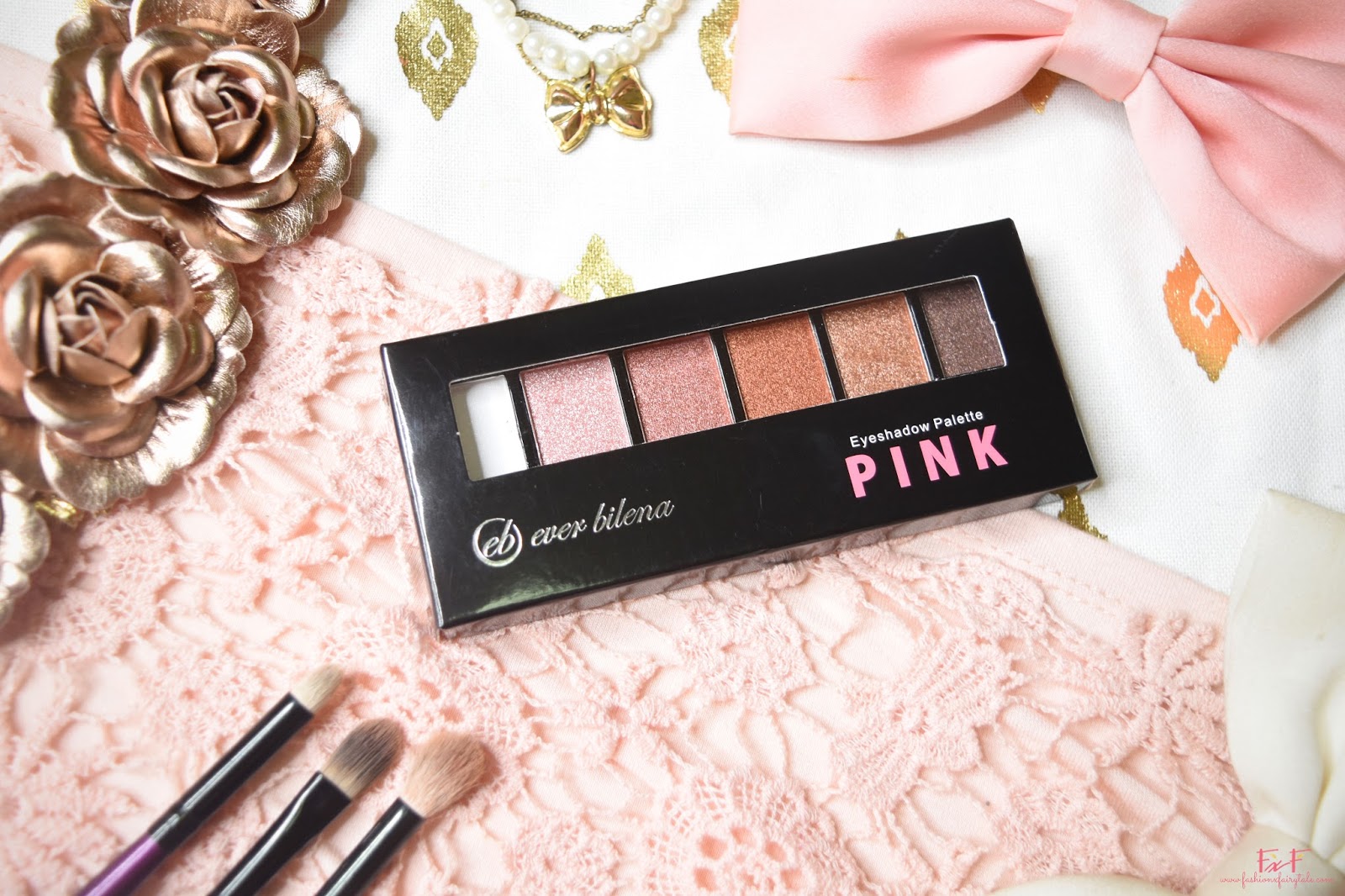 I bought this at a drugstore and I paid 150php for it. There are two variants one so the one I have which is pink and another one that is brown. I’m guessing the brown is just a neutral palette with brown shades and this one I have is a pink rosy eyeshadows. It can be bought at any place they sell Ever Bilena products and wherever they have a counter. It’s a really easy brand to find and I bought mine at the grocery store and you can find it at the drugstore and places like that. The place I bought it had testers so you can see and swatch it live and pick between the two if you’d like. 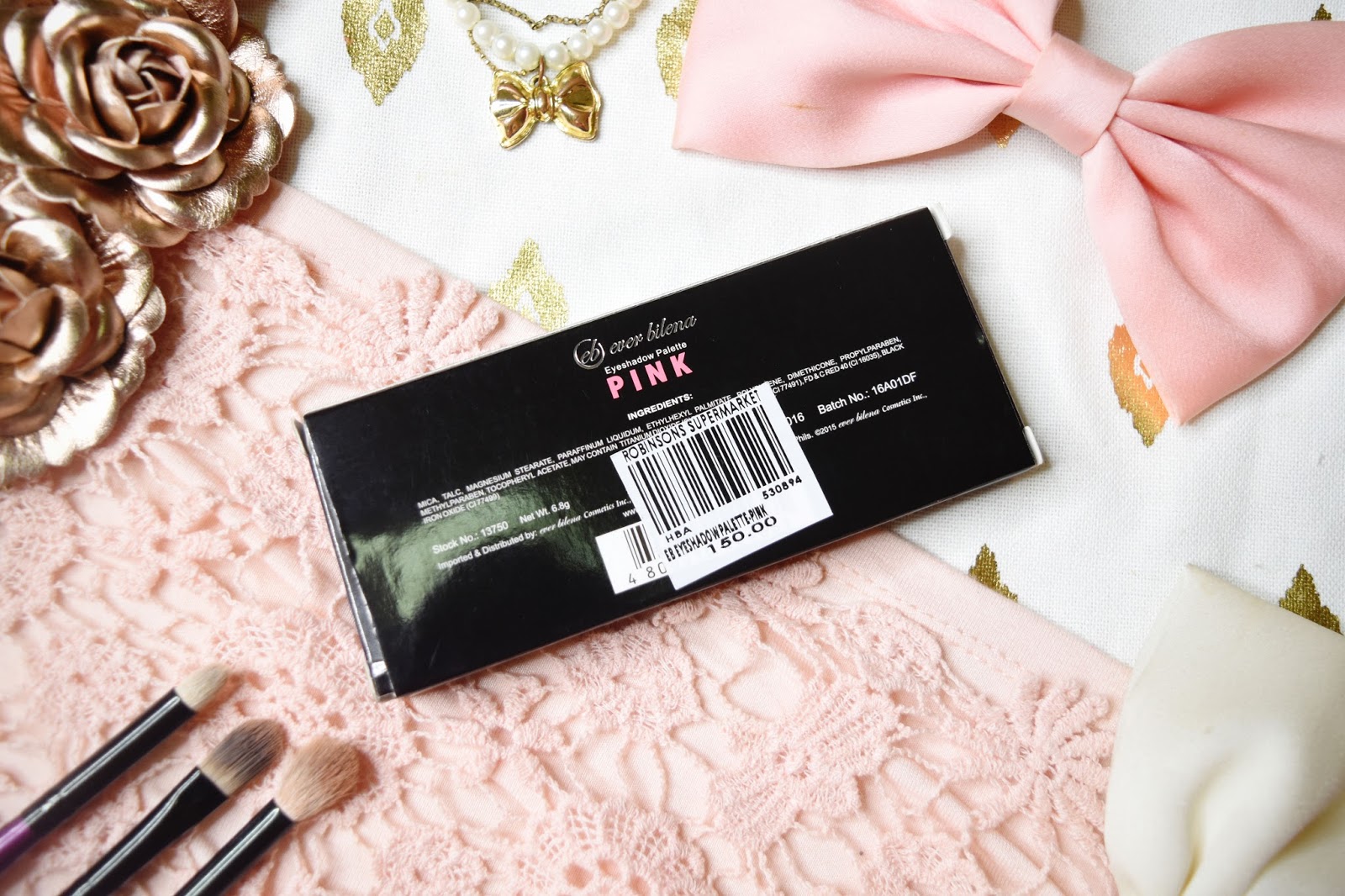 The packaging is quite sleek. It comes in a shiny back cardboard box but it has a cutout on the front to see the palette and the colors in has in it. On the back of that it has the ingredients and all that useful information and the price tag too. The actual eyeshadow palette is a lightweight plastic. It isn’t cheap feeling and pretty good. You can see the shades through the window but once you open it up there is a slim mirror that you can use. It isn’t the whole palette length mirror I wouldn’t use it for doing my eyeshadow but it can be used to do touch ups and stuff like that. It comes with the eyeshadow applicator but I don’t use it. 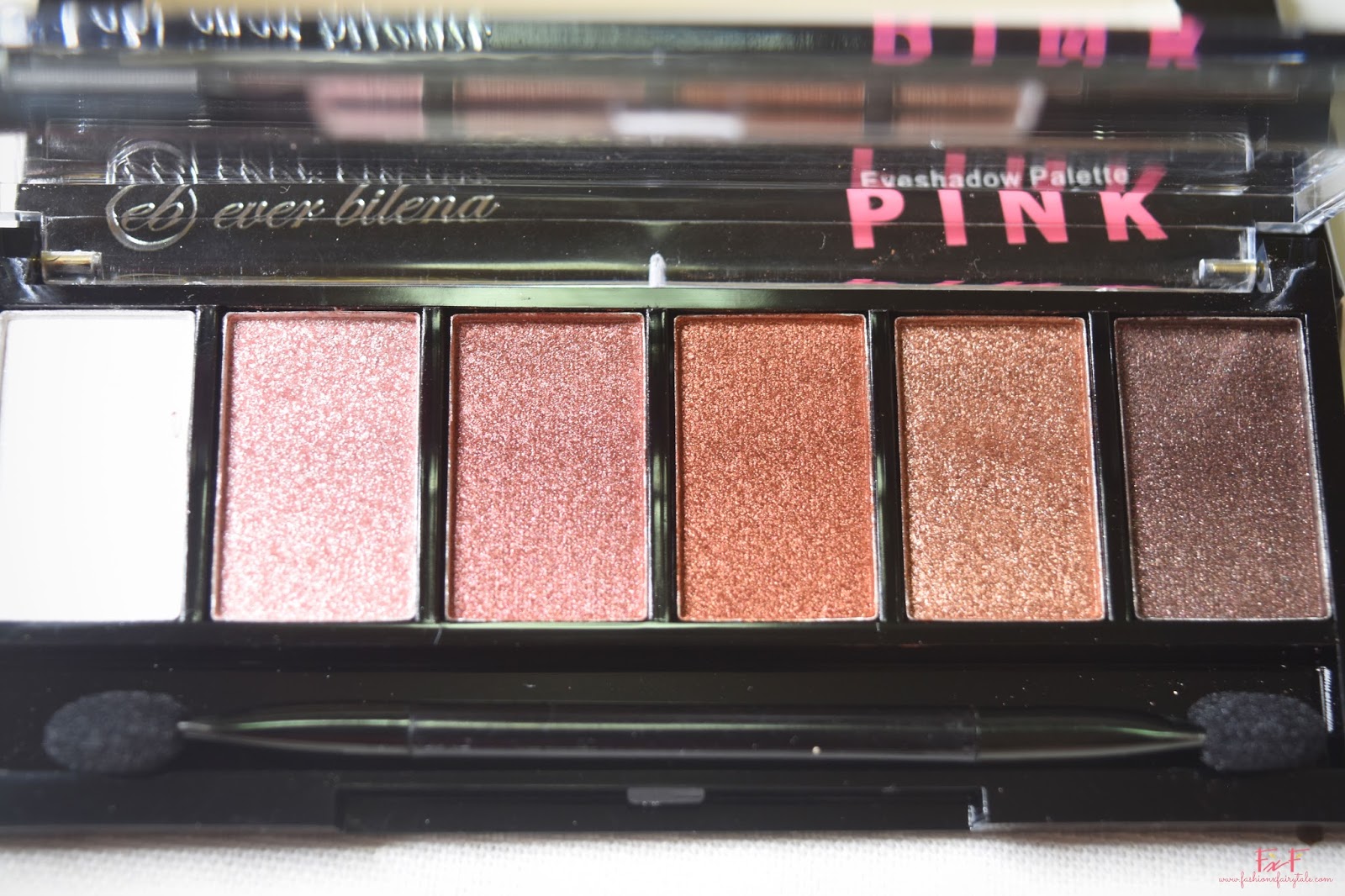 The color in this palette is perfect. I’m in love with the shades and cannot get enough of this little palette. It has six shades in total and is supposed to be pink toned shades according to the palette. It has a vary of shades from the pink shades to the brown shades. The first three colors from the right are the pinkish tones and the last three are the brown shades. I love using the pink shades the most and they look so pretty. I’ll talk about pigmentation later and the longevity but for now I’m just going to talk about the shades. All six shades are shimmery and have small pieces of fine silver glitter in each. Some come out more than others but they are so pretty and sparkly. Now I can describe the colors from this palette. The first shade is white and it is the highlight shade. It is not as shimmery as the rest of the shades and if you don’t pick up any glitter in that swipe it is semi-matte. It does great on the eye as a base too. Next is the second color and in the pan it looks like a very pretty metallic pink shade. I love the look of it in the palette and on my arm but on the eye it comes out as a silver with a hint of pink shade instead of what it looks like in pan. Maybe it is my eye and I need a neutralizer but straight from the pan to the brush to my eye it isn’t the same. The third color I thought it would come out as a rosy pink or some sort of rose gold color according to what it looks like in the pan. It comes out more reddish on my eye and on my arm it is more of an orangey reddish gold. The next three shades are the brownish ones but on my eye and arm they come out more orange and golden. The fourth shade is an orange red terracotta color and swatched it looks similar color to the third color. The fifth color is a more brown shade so it is a lighter brown in the pan but swatched it is a golden browny shade. The last and sixth color of the palette is a nice rich chocolate brown in the pan and looks so pretty. On the swatch and on my eye it is the same color as the pan. It is the only color to be the same in pan and swatched. If this is the pink palette and has rosy pink hues which aren’t all pink I wonder what the brown palette will look like. 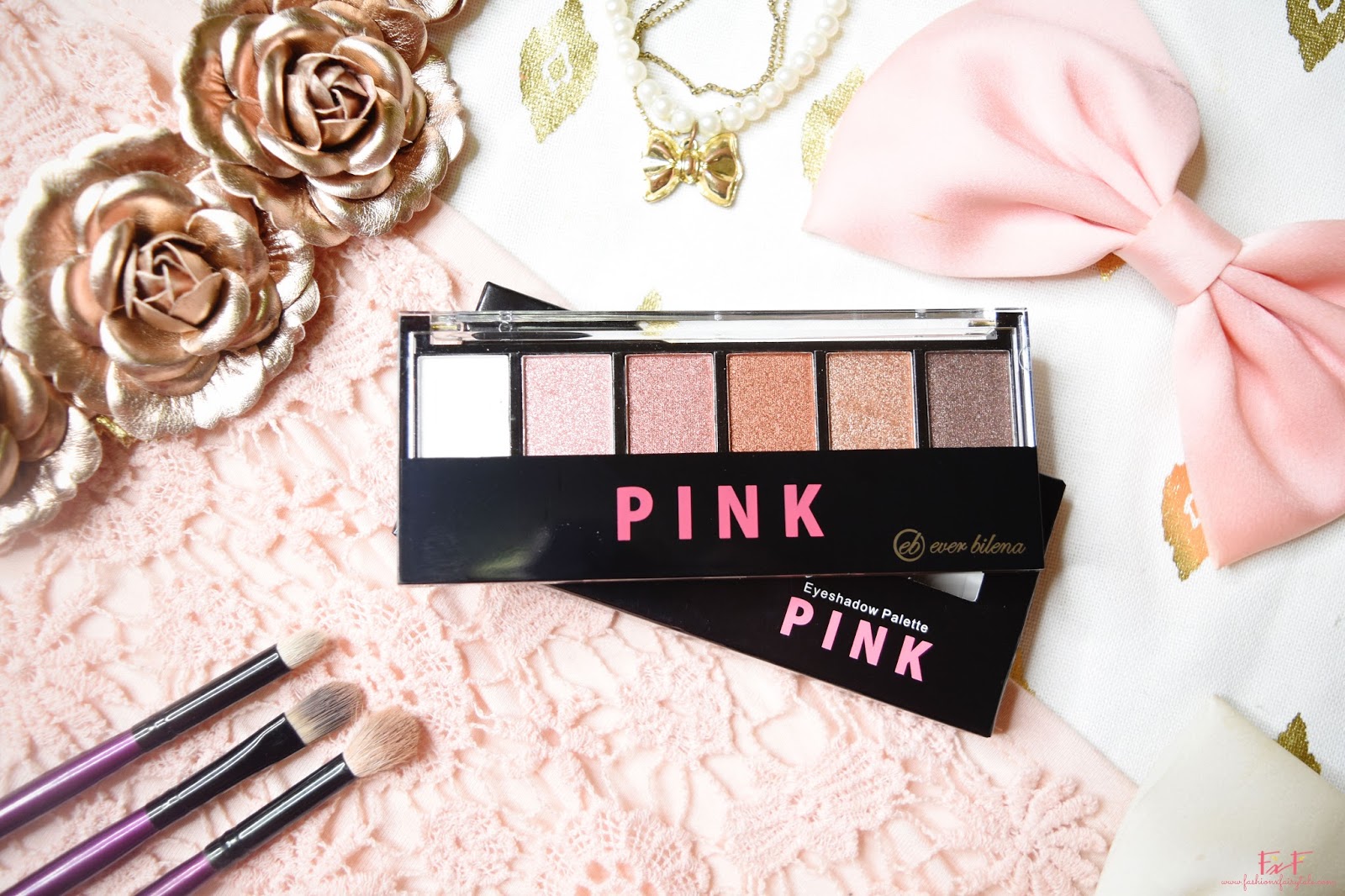 I’m actually quite surprised with the pigmentation. I’ve tried a palette with a lower price than this and it was really chalky and had to be built up like crazy before I got the consistency and opaqueness that I wanted to achieve the color in the pan. So with that experience I went into this with a low bar so I wouldn’t be disappointed but it changed my perspective. I have heard it is pretty good and quite surprising so I shouldn’t have been surprised myself but it totally changed the game for me and made the price tag worthwhile. You can see down below in the swatches how the pigmentation is and how much you can build it up. The white shade is the weakest of them all and really needs to be built up especially for the swatches. On the eyes it is a great highlight shade for the brow bone and works perfectly there. 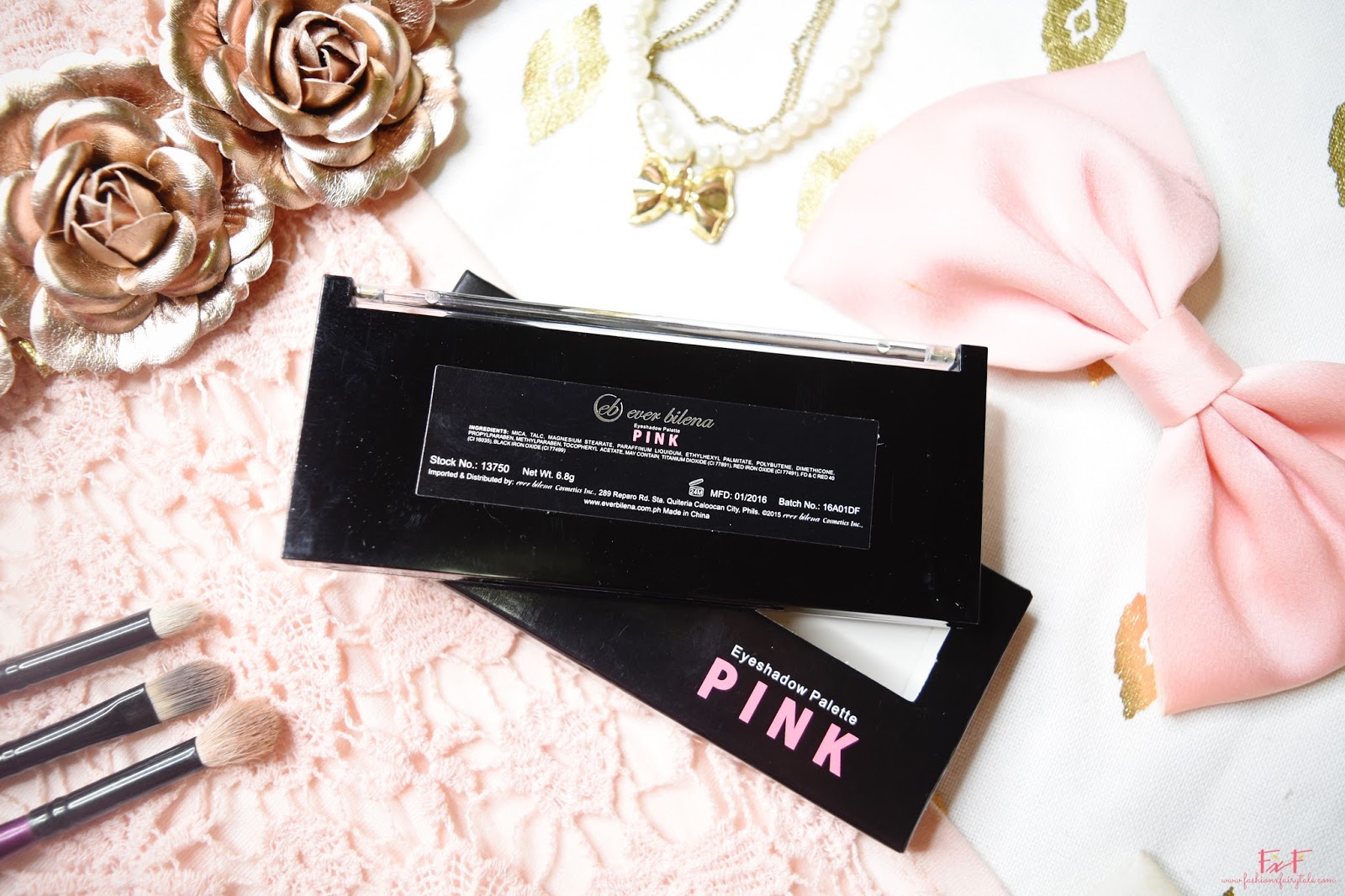 It applies very smoothly and when you apply the color they go on pretty nice. I use my own brushes instead of the one that came with it. I’ve tried both the individual EB brushes and my makeup brush set and both applications were fun. As for the staying power I think it lasted pretty good for the price. It lasted all day for me without an eyeshadow base whatsoever. 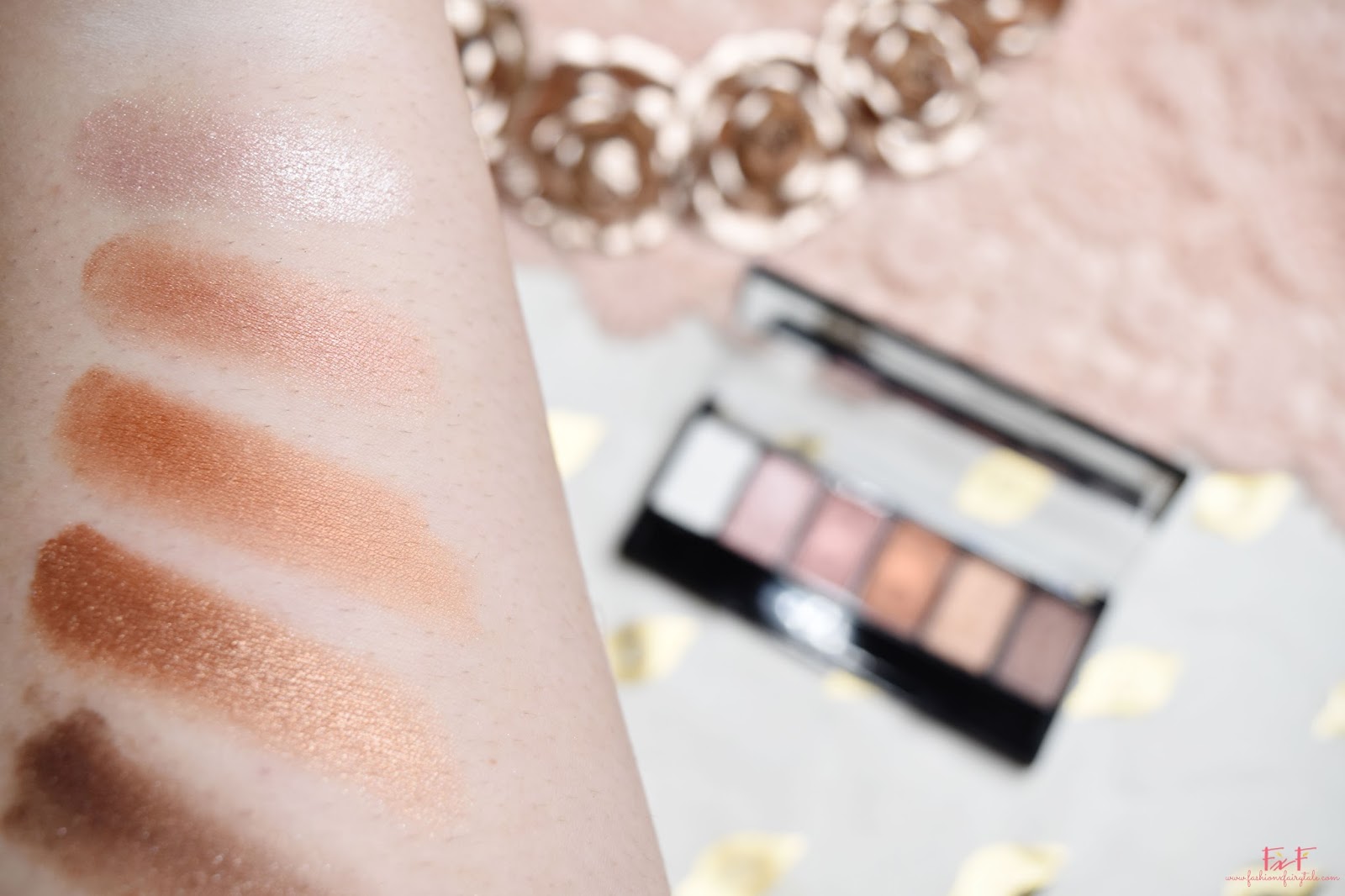 The swatches are really nice as you can see above. I applied the eyeshadow with my finger and no eyeshadow base. I used my fingers to apply the swatches to my hand and those are about 2-3 swipes. You do have to build up the color on the eyes for me but on my arm the swatches came out so pretty and had amazing colors. I did have to reapply the swatches after I messed up my camera settings so this is the second round and the are just as pretty the second time. 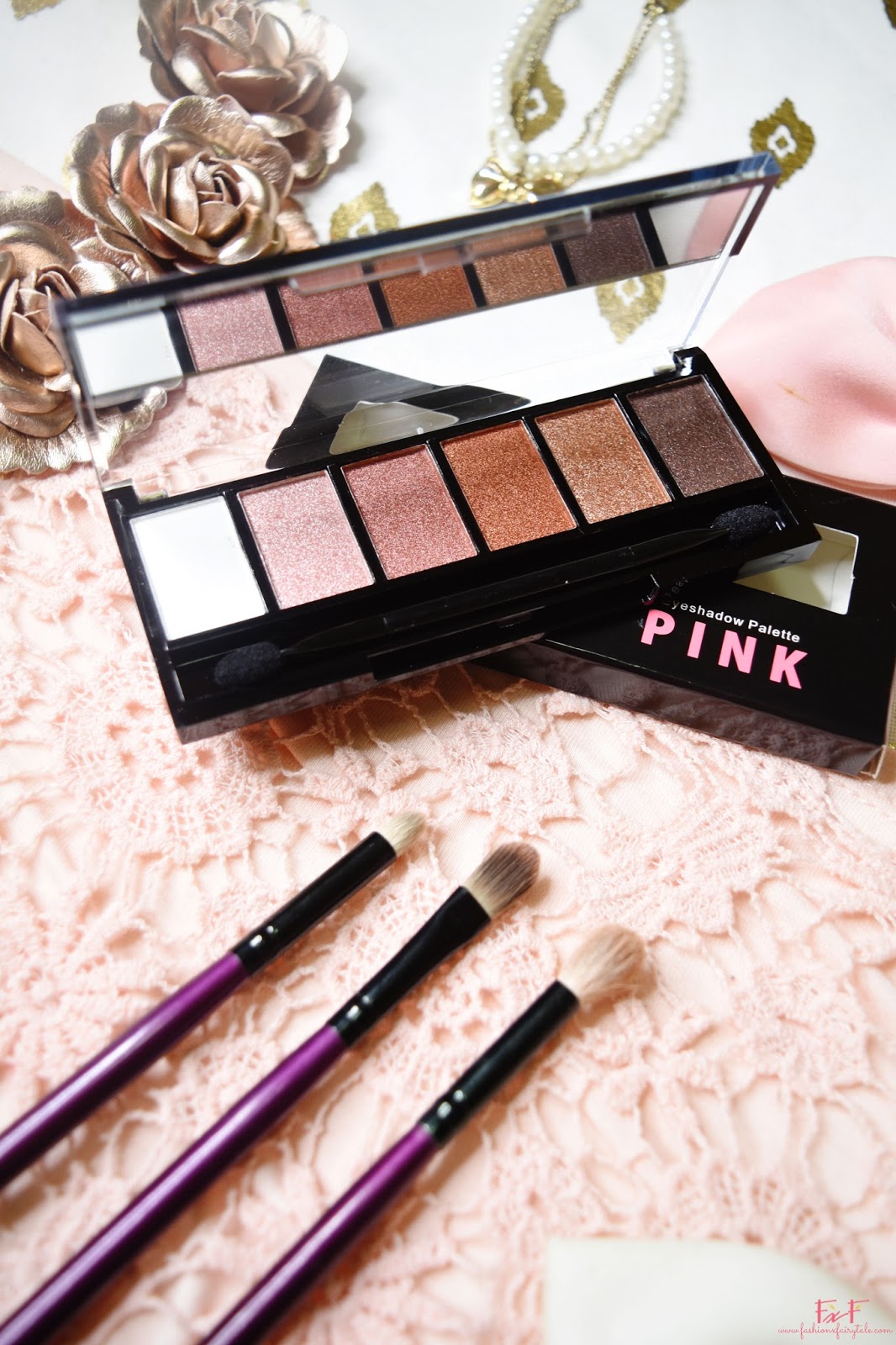 Overall I love the palette and for the price it was a great value. I enjoyed using this and though the colors aren’t what I was expecting they did have pigmentation, stayed on and were easy to blend so a check for me in my eyeshadow check list and what I look for. I am so happy with this that I highly recommend this.
Have you tried the Ever Bilena Eyeshadow Palette in Pink yet?

My rating is: ♥♥♥♥♡
I’ll give it a 4 star because I do love it and
it is an amazing palette. I didn’t have too many complaints with this palette so overall
everything passed my book and it is lovely. It had everything there and creates such pretty looks. There are so many different combinations and eye looks I can do with this and can play it up with the neutrals but also havea touch of pink and golden orange browns to which can work for different times of you. So it was pretty good I think.

So bare with me as I get back into doing makeup reviews again since it has been a while but I do look forward to jumping back in and get ready for all the beauty reviews again! I hope you enjoyed this review though. I’m so excited to be getting back in and excuse all the Ever Bilena products coming up. I blame the drugstore haul and buying all those products but I did want to review some of them for you and the ones I enjoyed. That is it and let me know your current fave everyday eyeshadow at the moment because this one is mine at the moment.

What is the cheapest eyeshadow palette you own?