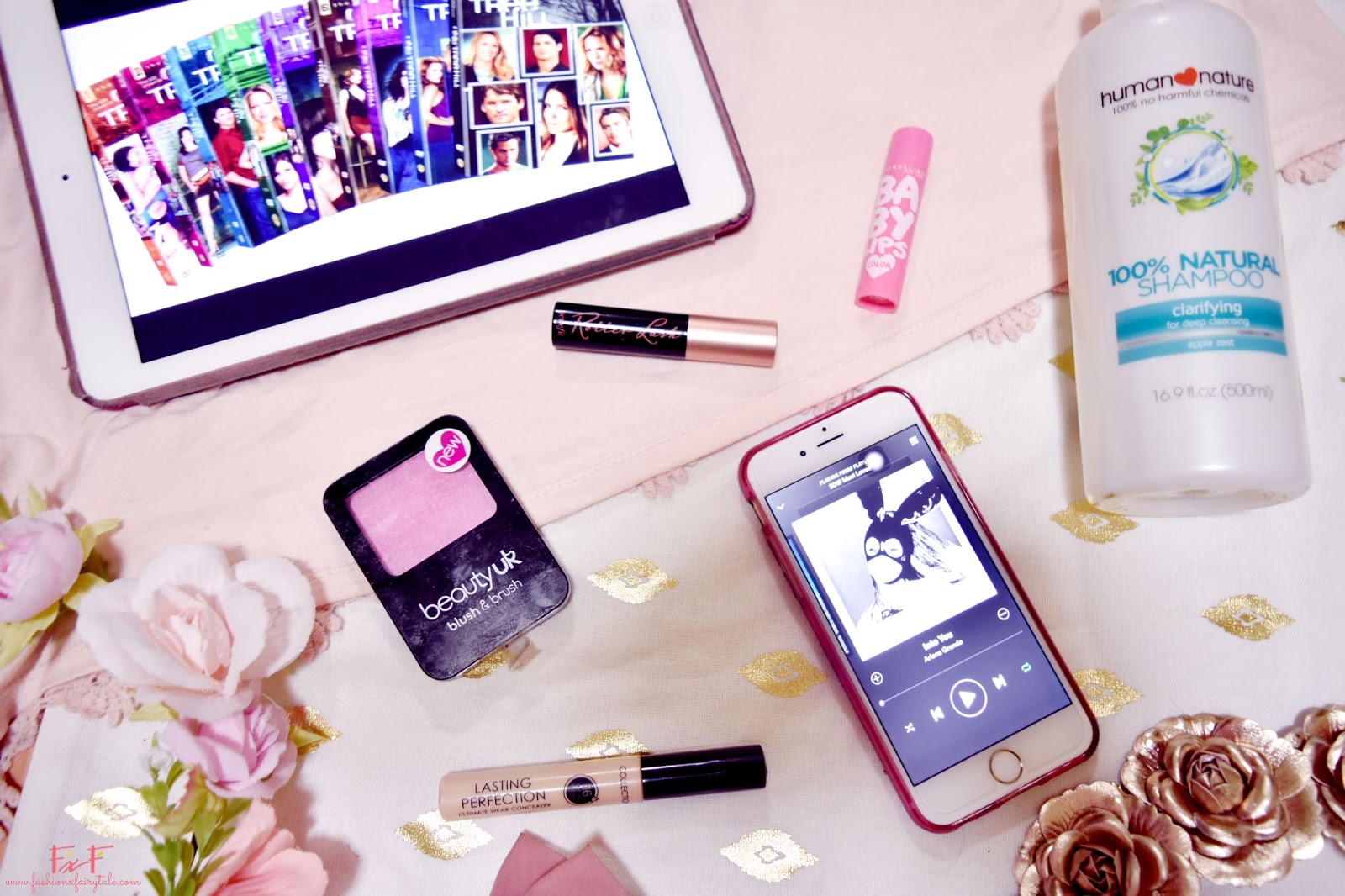 Faves from the half way month.

Happy July! It feels like I just did my monthly faves but it’s because the May one was a tad late and I took another hiatus getting used to life now and just getting my personal life back to normal as much as possible. I had a clear out of my makeup collection and my train case at the beginning of June to sort of like clean up my life and try at least to get reorganized. It did work because I rediscovered some great products hiding away that I have not used as much. I actually have two options this month so you can either read on or watch my June favorites below. So let’s get into what I loved in June! 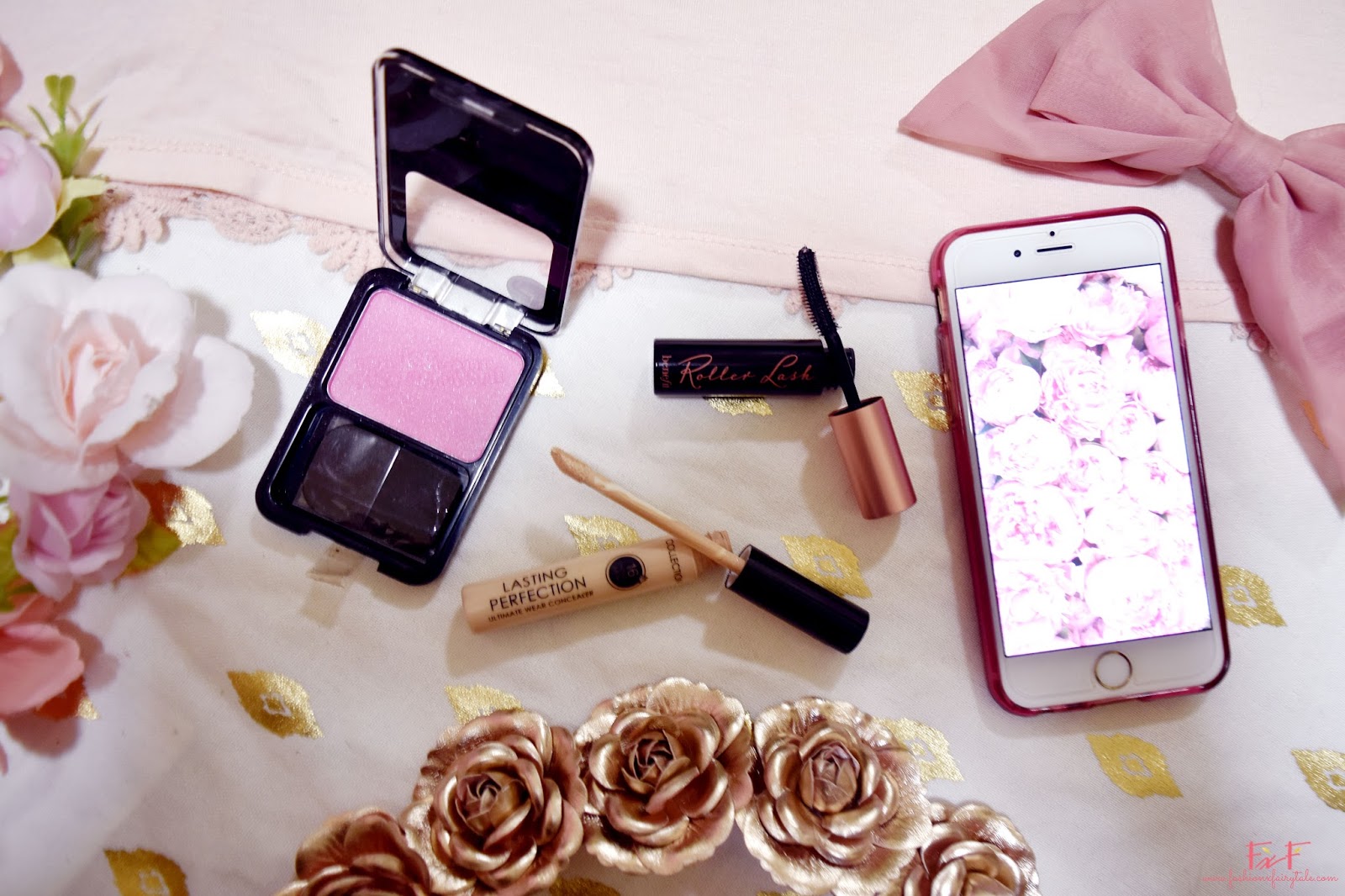 The first makeup bit I was loving is an old favorite that I have featured before but that’s because I stopped using it and had others to go through plus my first tube was getting dry. Since I found a new one and my other one that I’m currently using was getting too clumpy on me I decided to use this again and I remembered why I love this so much. I wish I could justify the price tag but maybe I make the splurge and just get the full size with how much I love it. I also have a review if you want to see my full thoughts and why I love it here.

Next I have a base makeup but I don’t use it for it’s purpose. I originally bought this as an under eye concealer as I always her great things about it being a great cover for my dark circles. I also know that you are supposed to get a a lighter color to disguise the color so that’s what I did. Unfortunately it didn’t work and did nothing for me so I kept it away in my traincase. Then on Pinterest and Instagram (which you can follow both of mine here & here for shameless self promo) I saw the videos and hacks that you can use it as a highlighter and I thought I would try it since I was in the mood of trying it and experimenting with that heavy contour and highlight trend that is everywhere at the moment. I actually like it now and it is perfect for that reason. I’m still not that good but I’m practicing and it is fun to try something new.

Then I have a blush in my favorites. For some reason I’ve been really into blush the past few months which before I never bother as much but now it is so fun to use. I go in phases with makeup like that. This one is a very summer blush I feel like and it is the perfect shade. In the pan it seems very daunting and extremely pigmented and that’s why I had it his away in my makeup collection. Once I did try it I actually applied too much and then I soon learned to lightly dab it and before that shake the brush a few times and swirl it on the cheeks with a soft hand. I get the perfect rosy cheek look and that’s what I love. I just wish I found it sooner when the sun was out more and I had a little more of a tan from being in the sun this summer. 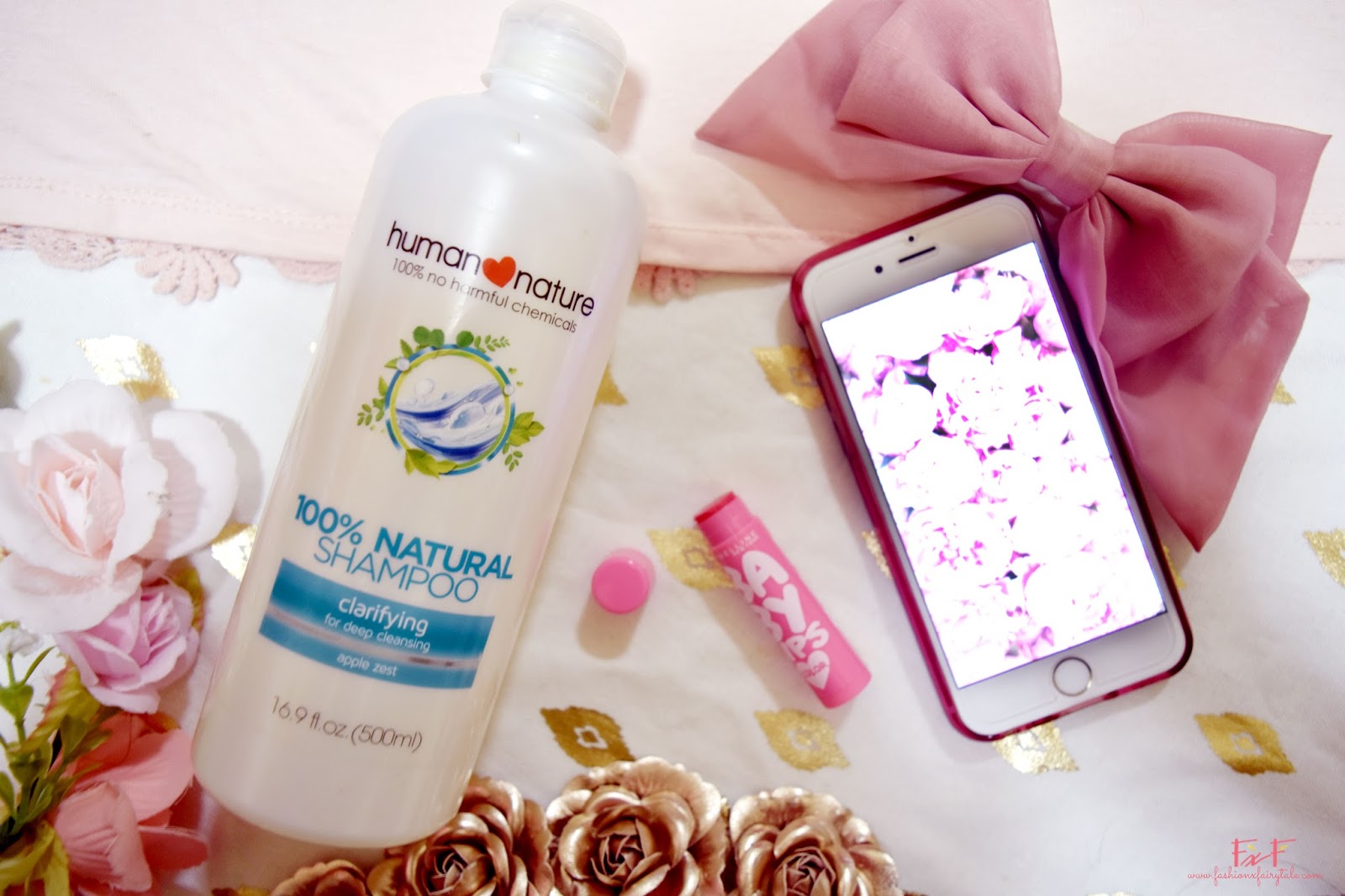 I usually have a lipstick favorite of the month but this month I didn’t because I wore the same shade as last month whenever I went out. Instead I have a lip balm but a tinted lip balm. This is in the shade Pink Lolita and I like that it is super moisturizing and has some color to it. I can use it alone of under my lip color to change up the tone especially if I’m wearing a nude or pink lip with it. I had the original clear lip balm Baby Lips when it first came out which I liked but never tried the tinted ones until now. I didn’t buy this on purpose and had to test out my new credit card and this was the cheapest thin there since I didn’t bring cash and relied on my credit card (which is a bad idea and don’t try it). It ended up being a great purchase and I really like it.

My only beauty product I loved in June was for my hair. It is a clarifying shampoo and it is the bested thing ever. It smells amazing and smells just like apple juice. What I like about it is it doesn’t smell like chemicals like some clarifying shampoos I have tried. This is very nice and does the job so well.It’s a natural and has no chemicals and I can’t stress enough how much it has helped my hair and made it healthier. I love the brand and they don’t only do hair stuff but face products too that are all natural so if you see any of them try them for yourself. I’ve done a review on this before on a different variant the travel size version but it’s technically the same thing but in a different scent. You can check out the review and all my thoughts about it here. 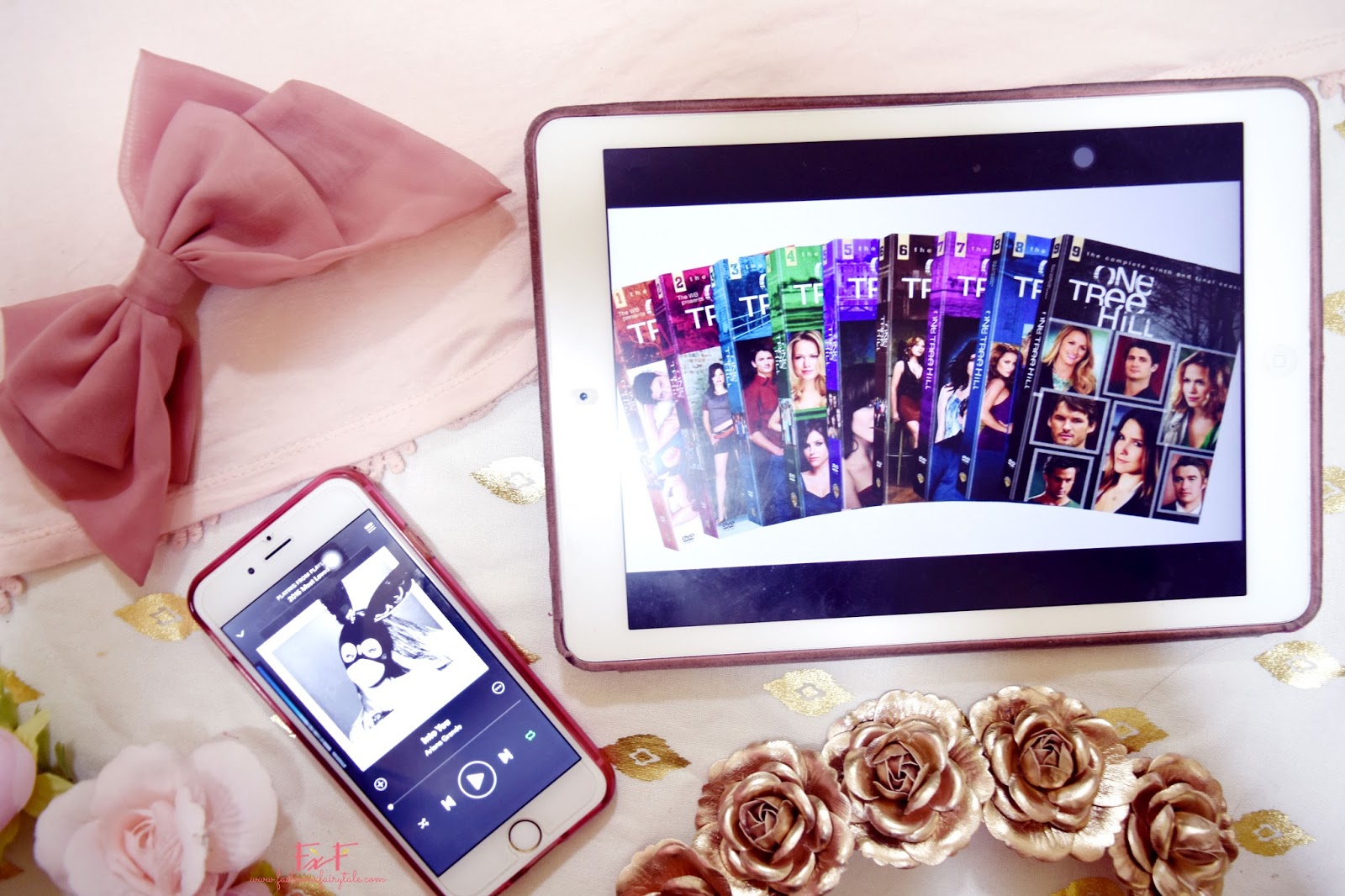 My TV show love from June has to go to One Tree Hill because I binged watched all the 9 seasons in about 10 or something days. What got me started on this, you ask? I saw a few things on twitter and I kind of got interested in it. I may have seen a few minutes of it when it was on TV but since I didn’t watch it from the beginning or knew what was going on I usually changed the channel. It actually came on when I was 10 and finished when I was 19 which is so crazy. A thing I loved about it was the technology and fashion from the early 2000s and how a lot has changed. So the show was amazing and I got so addicted that I had to pull myself away from the screen. I love the story and characters and got so into it that sometimes I was in that world in my dreams and it was so freaky. My fave character has to be Hayley because I feel like I related to her so much in high school always studying and being the mature one. I just wish I found my Nathan Scott and if I did I would probably be married by now too. I did learn a lot about basketball from the show and appreciate it more and maybe when my cousin has it on TV I won’t be to bothered with it as much. Also I kind of want a basketball playing husband to teach our son and follow in his footsteps. I thought it was the cutest thing and reminds me of my cousin and his 3 year old son. My second fave has to be Brooke and I just love her personality and how sassy she is. The seasons I enjoyed the most have to be the beginning so 1,2 & 3 also 6 was one of the best in the later series. The ones after that I kind of got bored sometimes and didn’t like much the story and I see why some fans got put off with the later seasons. Overall I enjoyed watching this throwback series and I sure miss my nights where all I did was be comfy in bed with my pajamas on watching it one after another. I found it at the right time to because it was really helpful and got me through some stuff. It’s also a fun show to binge watch and I can’t believe it took me so long to get into. If you know any more shows like it then please this summer I need shows to watch and save me from boredom. I could go on forever telling you how much I love the show but this paragraph seems to be getting kind of too long.

I have two songs that have not left my head and they are just good songs. I couldn’t pick and I hd to include them both. The first is by Ariana Grande which is Into You and I’ve been hearing it everywhere but good thing I love it and always singing and dance to it. I like her new music and loving her album so I find a new artist to listen to. The next song is Bacon by Nick Jonas and this is a right tune to just drive down the street with. I found it on my way to the city and ever since then I love it. I don’t eat bacon anymore but it is still a fun song. I was a fan of the Jonas Brothers back when they were together but glad they are still making music. Plus this is another album I can get into once I’m on a long drive. So those are my song faves of the month. 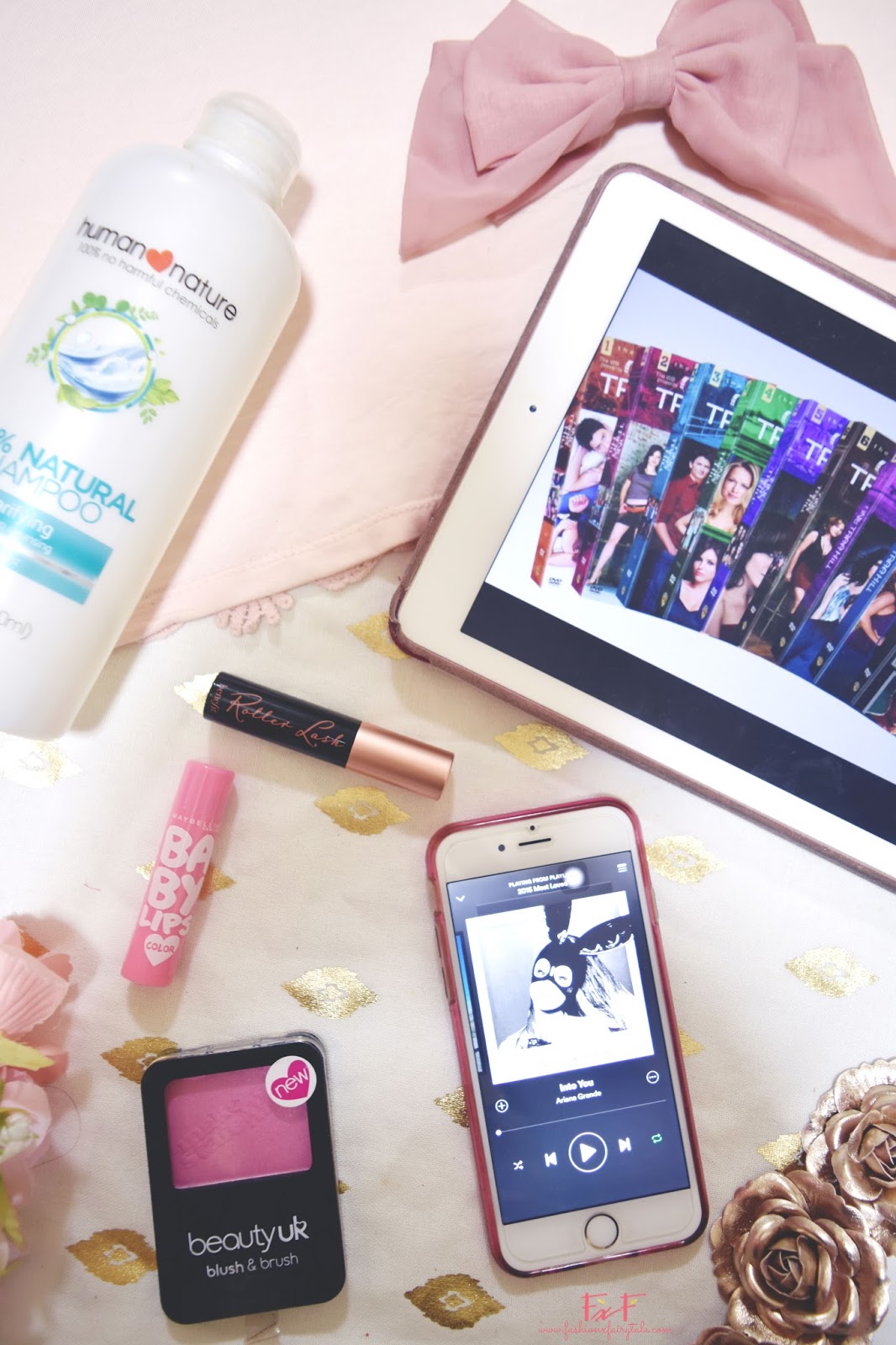 That was all my June favorites! I can finally say I made it 6 months or a half a year without missing my monthly favorites. I feel so accomplished and it’s been so fun to do this and changing up my favorites and how I do this post. I honestly thought I would fail by now but there are still months left but I am hoping that doesn’t happen. Also if you haven’t cleaned up or organized your makeup collection lately then I highly recommend it as it makes you find some products you forgot about and can use and may end up loving again like I did. If there are any fun song or TV show or maybe even movies you’d think I would like please leave them below because I need something to do during my afternoons. I’d really like it and even if it is old like One Tree Hill that would be fine. Don’t forget you can watch my June Favorites on my Youtube channel or here. Hope you enjoyed this month’s favorites and see you again next month!

What was your favorite show from the early 2000s?