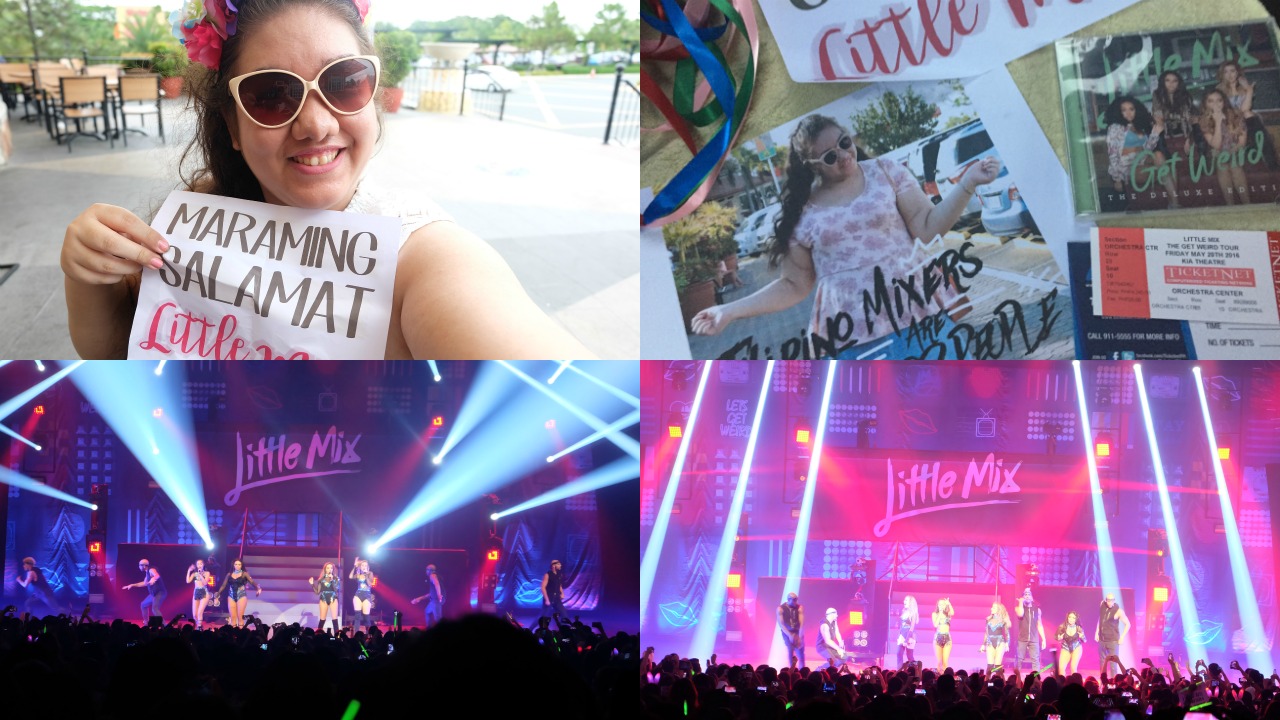 ♫ Let’s Get Weird All Night…Weird People ♫

Happy Friday! Today’s post is a little different because it is a Where I Went which is a little series I started to post about places or events I have been to and just write about them also you can see a few others here. For my birthday all I wanted was to go to see Little Mix so I saved up and bought a ticket on my actual birthday! I was so excited and counted down the days which was exactly a month away when I bought the ticket. I’ve been a fan and when I heard they were coming I knew I had to go especially after watching their tours on Youtube. I knew it would be amazing and they really knew how to put on a show plus they could sing so well live. So this is just a little post of my thoughts and I had to share how amazing it was. This is quite over due but I had so many pictures and even more footage to go through, edit and upload but it is finally here.I have a log of the day and you can watch it below or here if you want to see the concert or just read on to hear my written words and a few pictures I manged to snap that day. 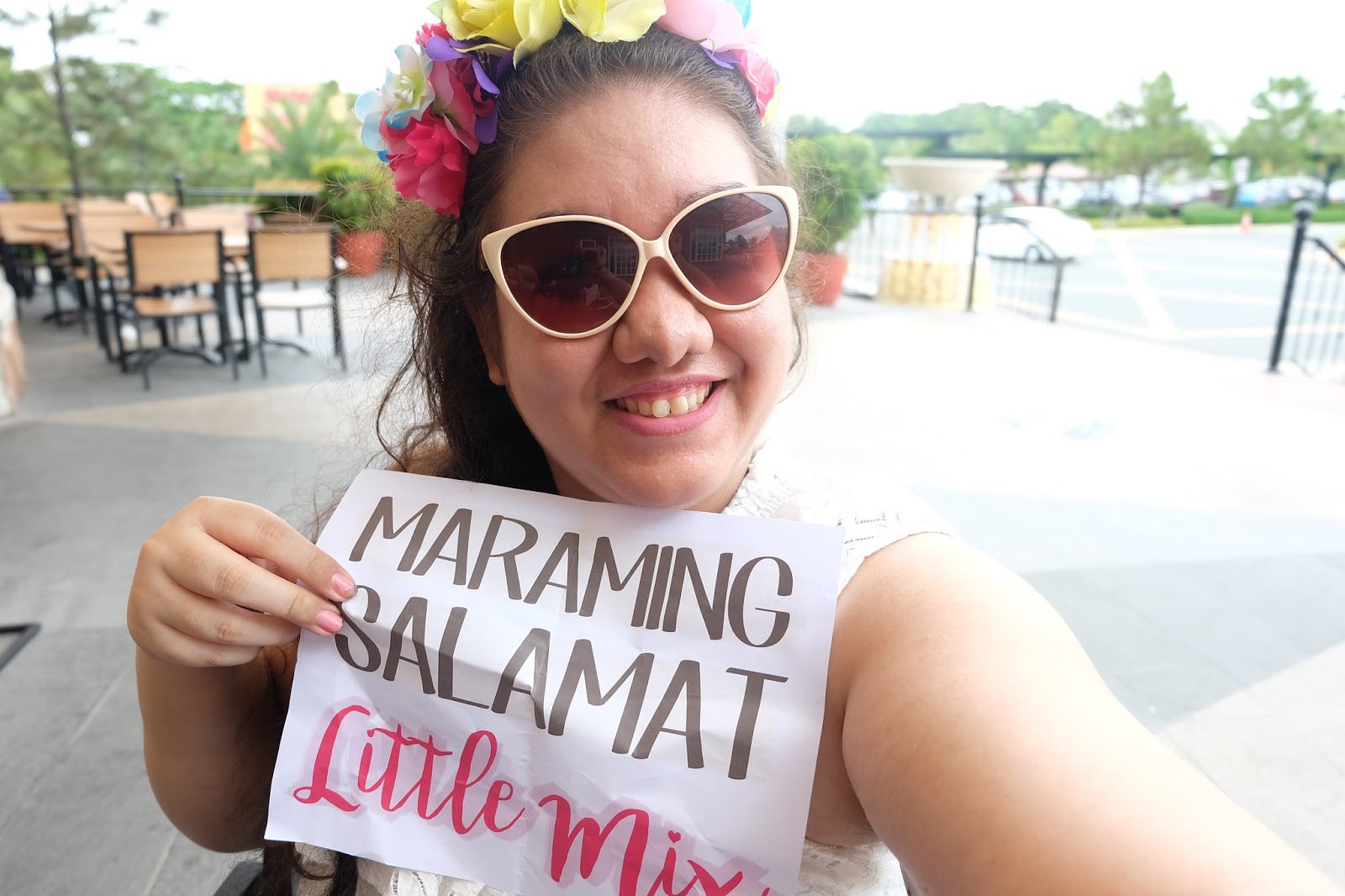 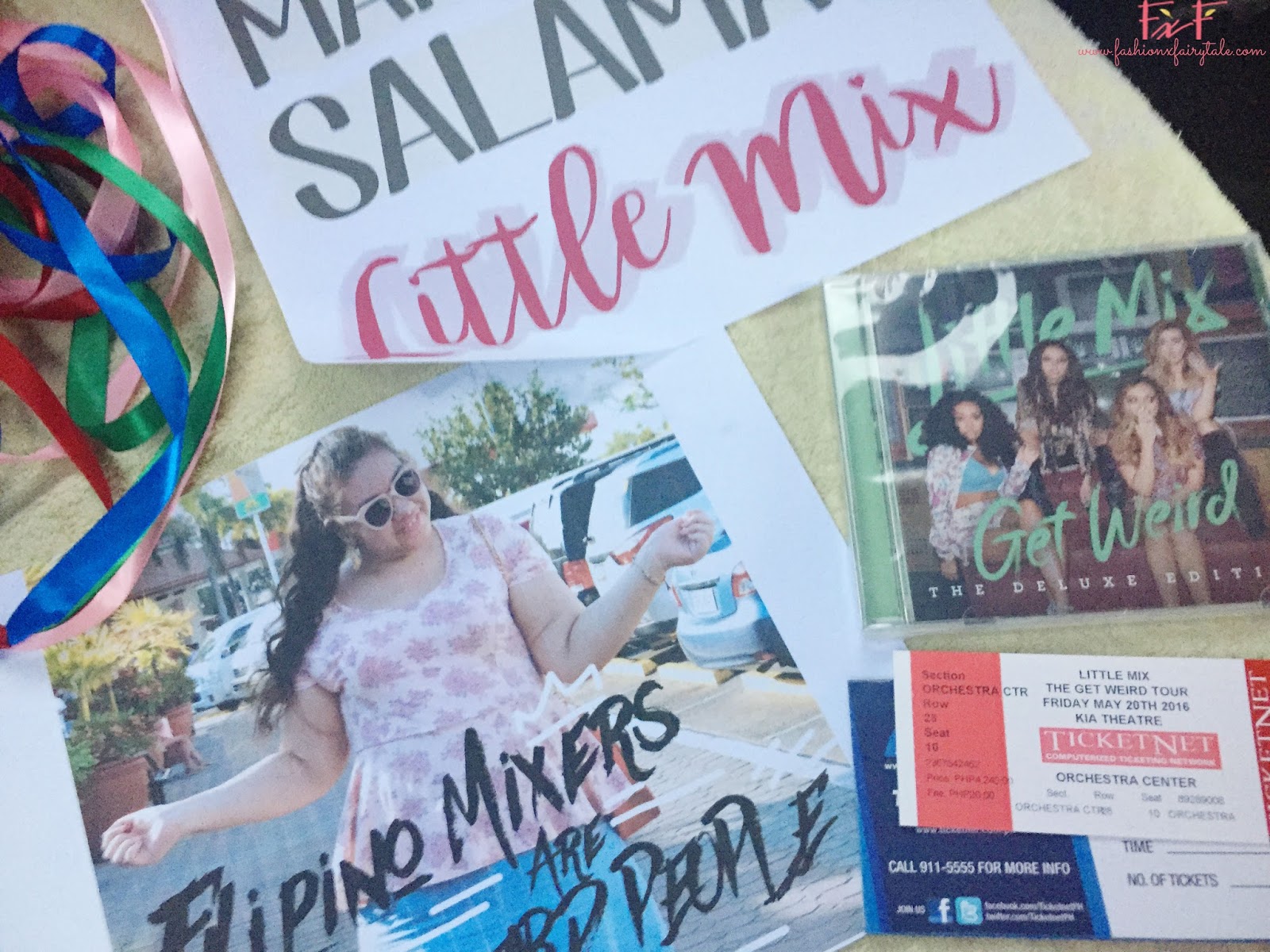 On the day of the concert I got ready and was so excited. I gathered the ribbons and fan signs since I saw it on twitter that people do that sort of thing so I printed it out and added it to my bag. Also there was this thing to wear ribbon to know you are a fan or something and each Little Mix girl had a different color to represent them. I tied mine around my wrist and the rest on my bag. I stopped to get some lunch and took outfit pictures (see them here) before I headed to the Kia Theater in Quezon City. So after that I was on my way and I had bought the CD at the beginning of the month to have it playing while on my way there which I think it looped around 4 times or something because the traffic was so bad due to it being Friday and raining so not a great combination when traveling to the city. The music did get me pumped and I didn’t just want to connect my iPhone to my car and have it on Spotify I wanted a physical copy to keep as a souvenir. Can you believe it has been 10 years or something since I had last bought a CD? With my ticket in hand and everything in place I was on my way hoping I would make it. Speaking of my ticket I was in the Orchestra center and I was right in the middle. It was actually okay seats for the price. I would have like to be a little closer but being right in the center and seeing the four girls all the time was so awesome. 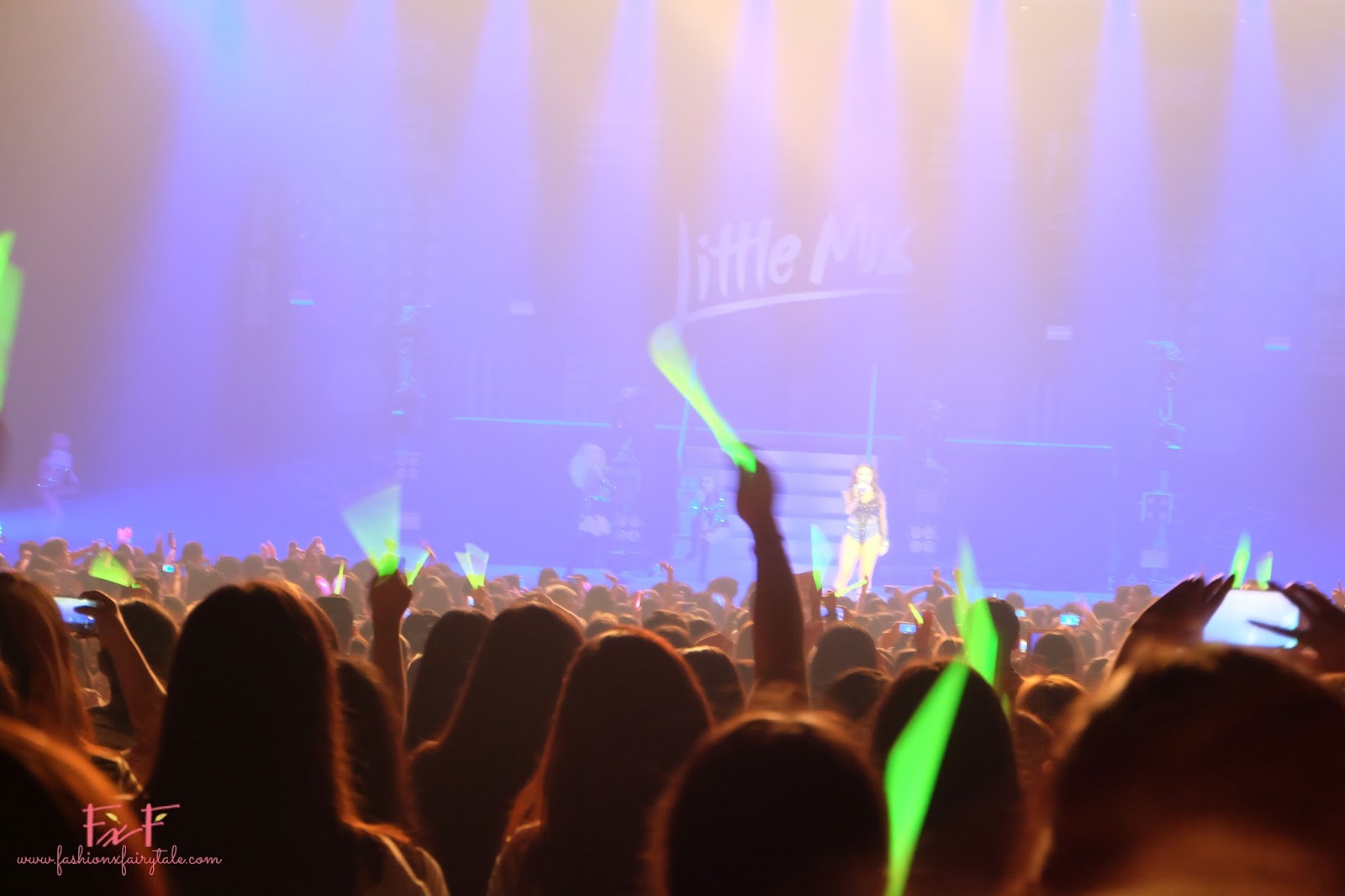 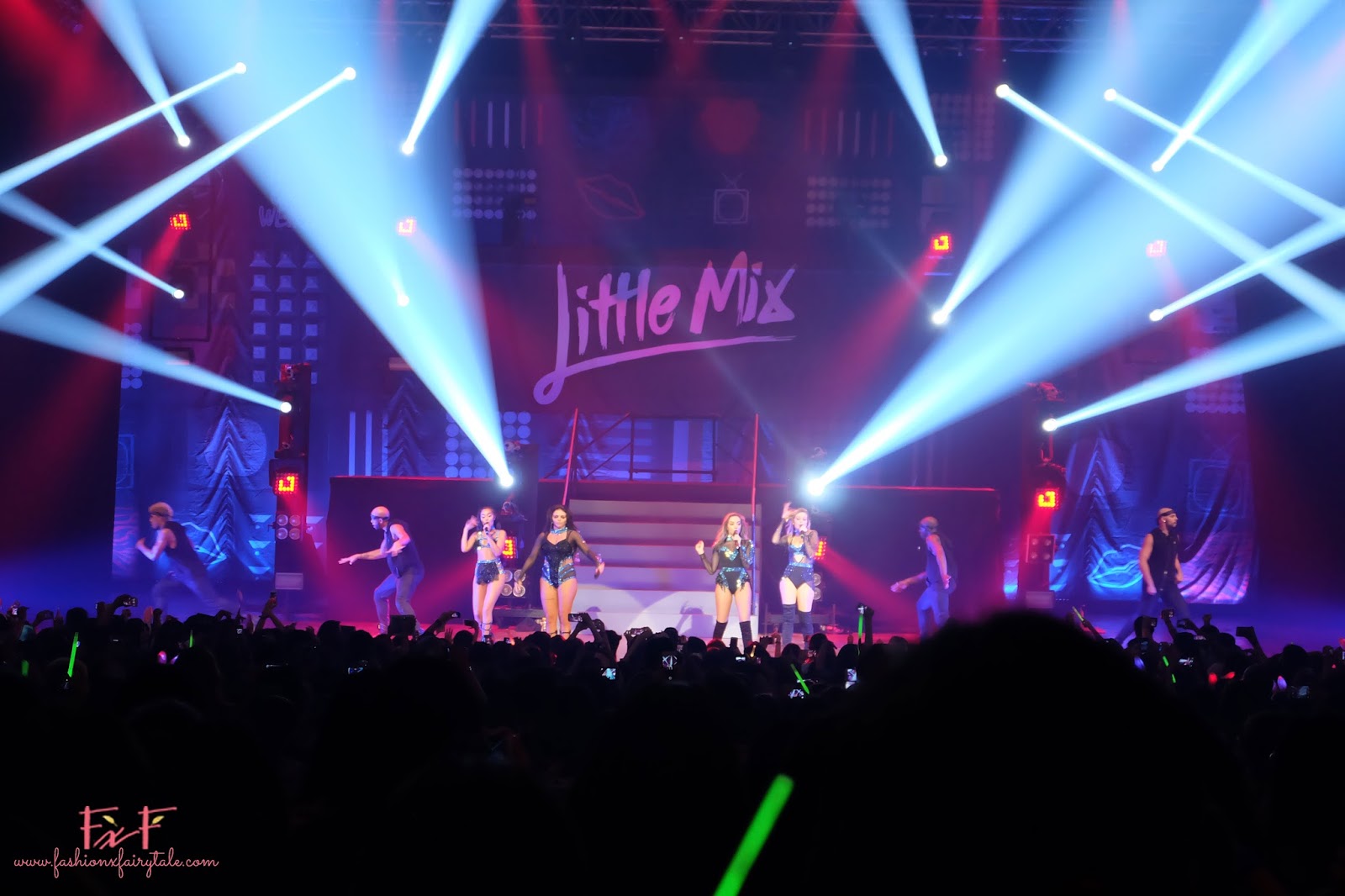 I got there at probably 7:49pm and the concert was at 8 so I was scared and good thing my cousin was with me and could drop me off in front. We kind of got lost and by 7:30 I was freaking out but I made it in time. There was so many people and I didn’t know where to go until I saw the door and I thought there was a line to get in but you just walk right in and so I did. I forgot my wallet in the car so I wasn’t able to get a souvenir or any merch which I was planning to and it made me sad but the line was so long and I was still in a rush that I was going to be late. I handed my ticket over and found my seat. I was very happy with my seat and I was smack in the center like the lady who sold me the ticket said. The theater was pretty small so it was like an intimate concert which I liked instead of a huge stadium. It started on time but I was settled in to my seat already.

I was glad there were seats because I injured my hip really bad again in ballet so I was in so much pain and my hip was swelled up and made me lean to the side and limp. It’s my fault but I still wanted to see them and I had bought the tickets a few weeks before I hurt myself. So through the concert I had to take a break. It was only until afterwards when I was looking for my car when I was in pain. When you have so much adrenaline in you I guess I forgot the pain and just danced and jumped and did so much because I was having fun. I felt the pain the next day though and had to stay in bed all day to recover and try to help my hip get better. Right now it’s doing much better and I wish my hip didn’t hurt then so I wouldn’t had to worry but it was my own fault injuring myself when I knew I had to go somewhere.

The opening act was the Sam Willows and they were pretty good. After they got done I was expecting that they would come out right away be we actually had to wait about 30 minutes before it really started. The venue played some music and I think there were a few celebrities or something because during that time people were  trying to get selfies with the person. I didn’t know who that was but I’m still curious. The wait was getting to me because I was so excited but I was also not wanting it to start so it wouldn’t end too. 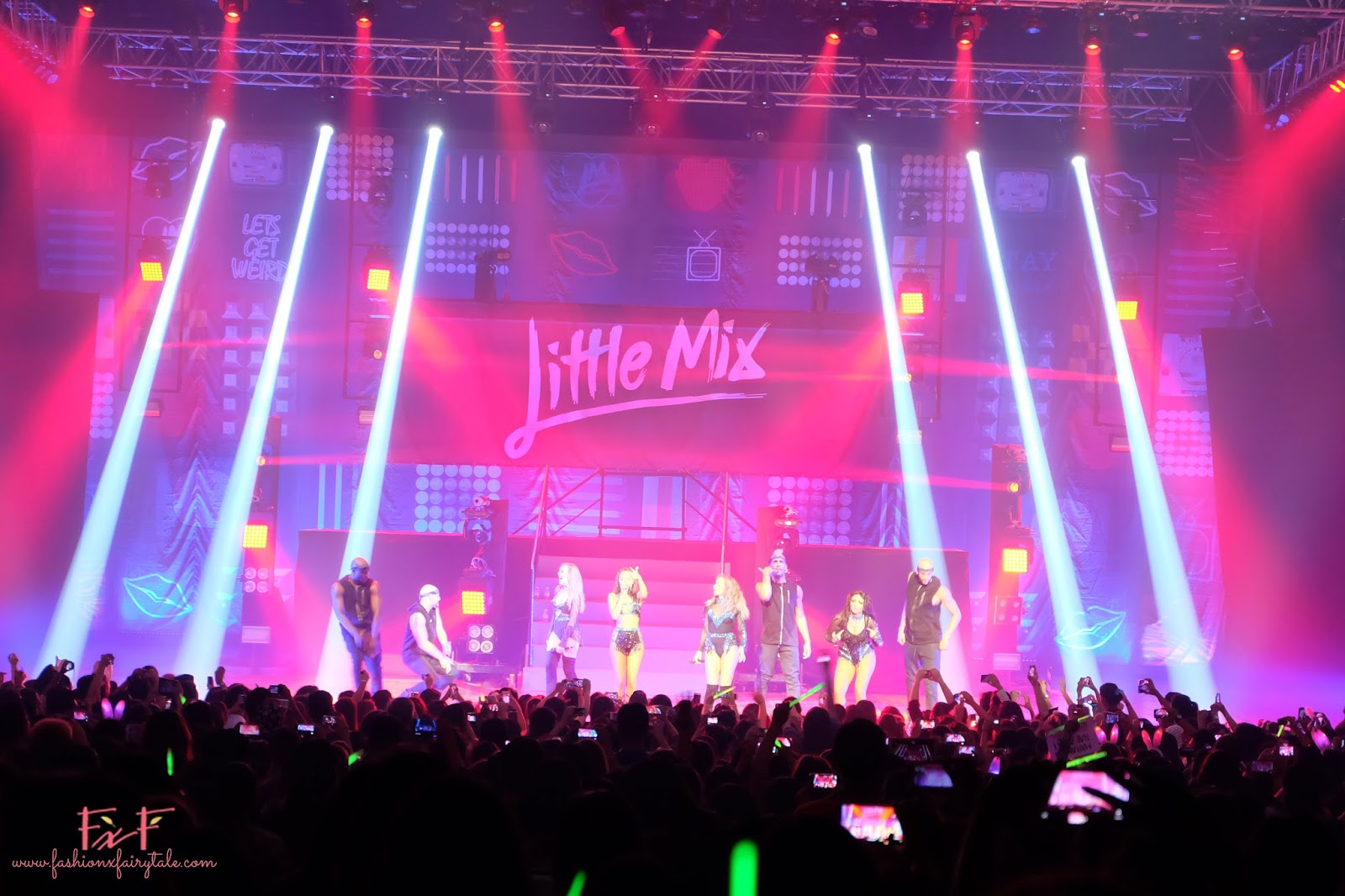 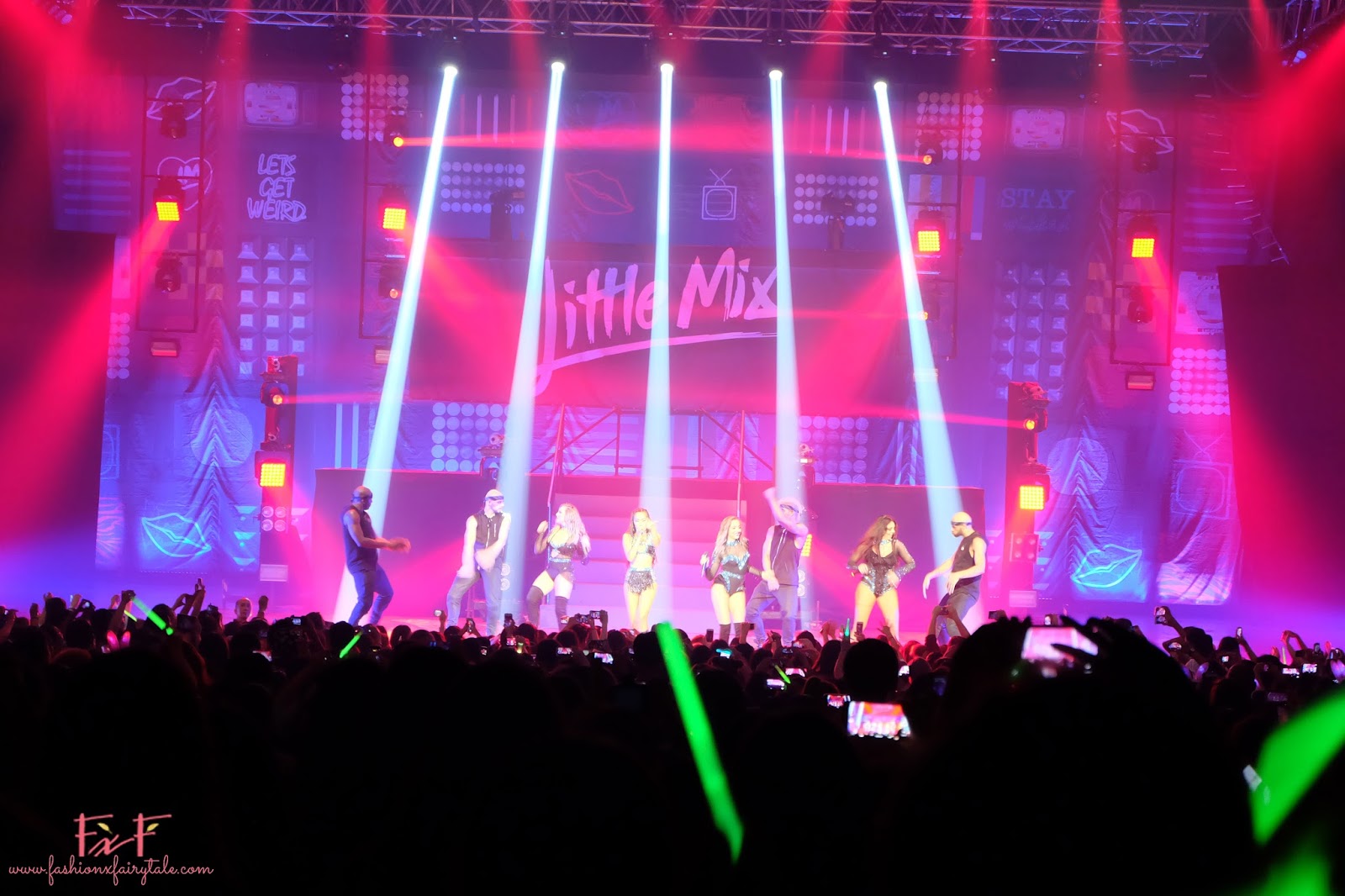 The show finally started and the screams when the lights turned off was expected. The show and stage lights started moving in different motions and then Little Mix appeared. It was so surreal and I just stopped and stared for a minute that it was actually them and it was actually starting. Over the past few months since the Get Weird album came out to watching their shows on Youtube they were now singing right in front of me. I wish I could have got a reaction but it was so dark anyways. The crowd went wild and we were all singing along. I knew every word and just started dancing so that’s why some of the clips aren’t too steady plus I was watching them and not paying much attention to the camera screen so sorry for that. Jesy said we were the loudest crowd ever and they were so happy about that. I guess Filipino fans were just so excited like me. Jade tried speaking Tagalog a little after reading a fan sign and everyone screamed probably even me when she said her famous line in Salute which was  “If you’re with me Manila.” and she changes the city wherever she is at. Leigh Anne was so cute and I loved her dancing. Perrie was so cute and was loving Manila especially the mangos and the people but whenever she hit those high notes we all went crazy. Just hearing her live had me swooning and so many goosebumps. The costumes were so pretty and sparkly. I loved them and it makes me miss my performing days wearing costumes like that.

I loved the whole show but I still had my faves I wanted to see live. Love Me Like You was one because I watched it so many times that I know the dance by heart. I mean I know a lot of the dances but something about the song gets me so happy. Hair was fun, Move was so cool live. Salute and DNA made me dance. Plus the dance breaks they made the audience do was really cool. I have no words the whole thing was just the best thing I have ever seen. 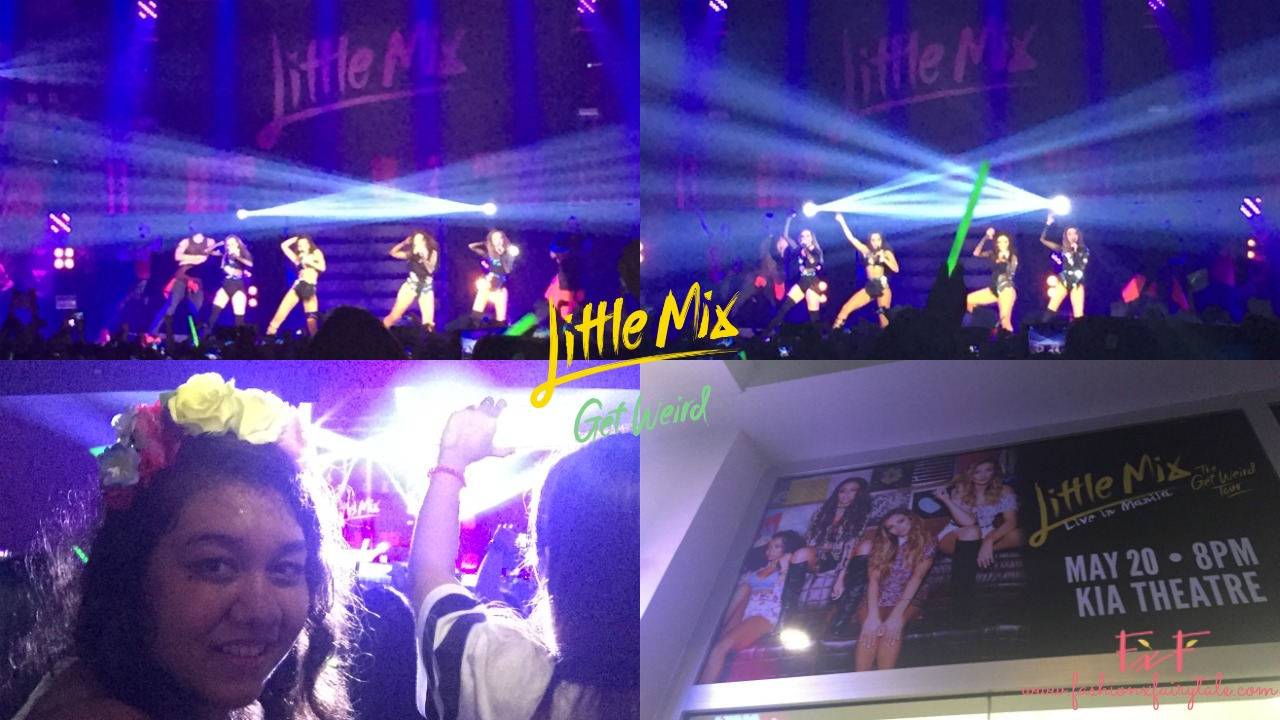 Here are some pictures I managed to get on my iPhone just before I ran out of storage on it and going into the venue. They aren’t the best quality but I wanted to get some on my phone just in case. I also tried to take a selfie while they were on sage but failed miserably at that. Oh well I tried but maybe next time I can get a real one with them in it.

Overall that was a little summary of my experience at my first concert. I really wanted to write it and put it in words to remember even though I have pictures and videos I wanted to feel it through words and I feel like I express myself better rather than verbally so that’s why its better than vlogging my thoughts. It was so memorable for me and even though it’s a tad late to experience a first concert I’m glad I did it at this time because I could appreciate it more and really save up for something I want. I can’t wait to see them again and hope to go to one of their concert again because I’m definitely a mixer. Let me know what your first concert experience was like and don’t forget you can watch the footage here.

That’s where I went.

What was the first concert you ever went to?