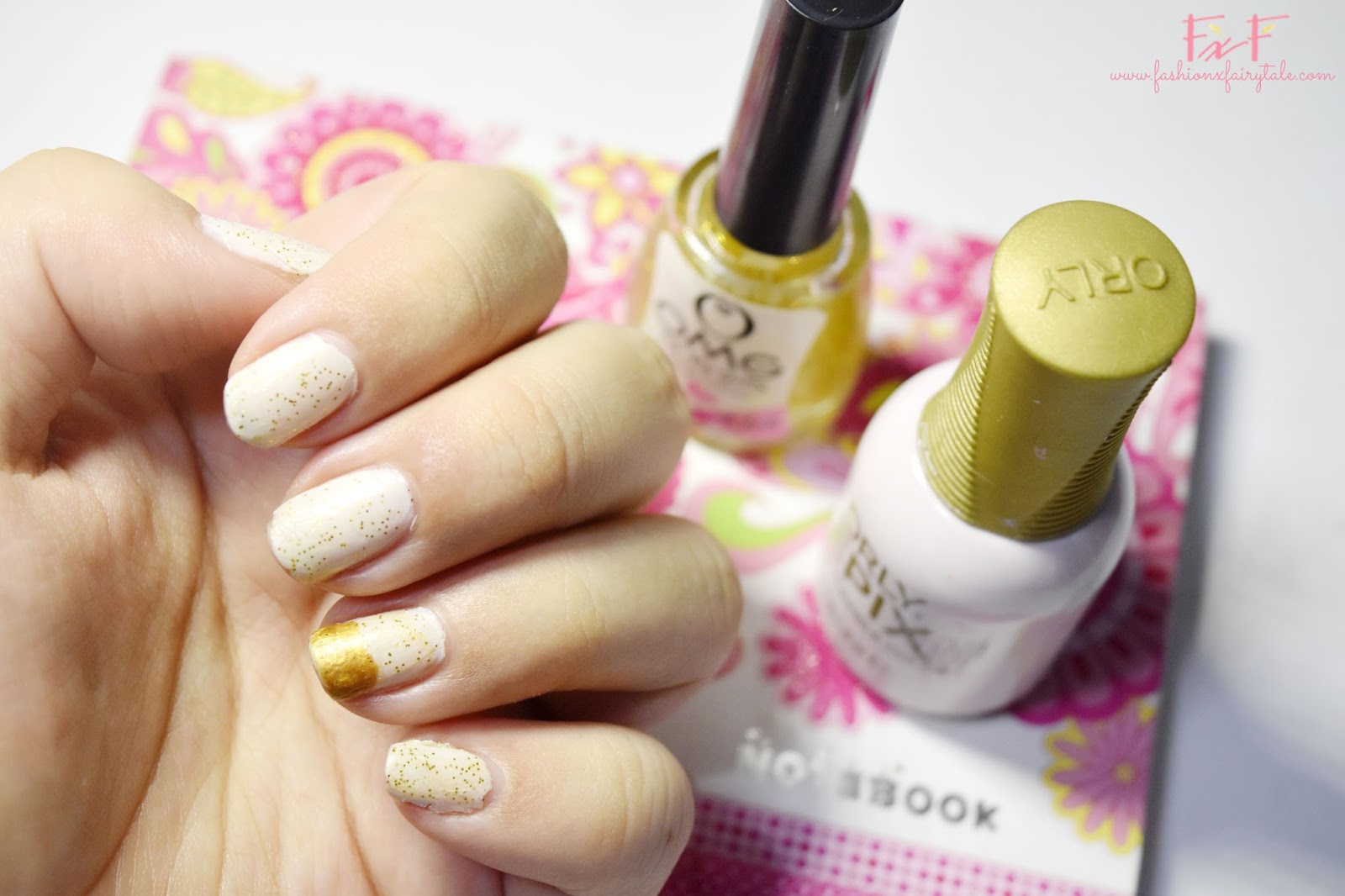 Golden Beginnings – On My Nails

Happy Monday! I have another Manicure Monday for you ad I wanted to do a short post featuring what I had on my nails for New Years Eve. I did them in the afternoon before my family’s annual party and I manged to do that and take a quick picture of them for you and this post. So here is my NYE manicure. 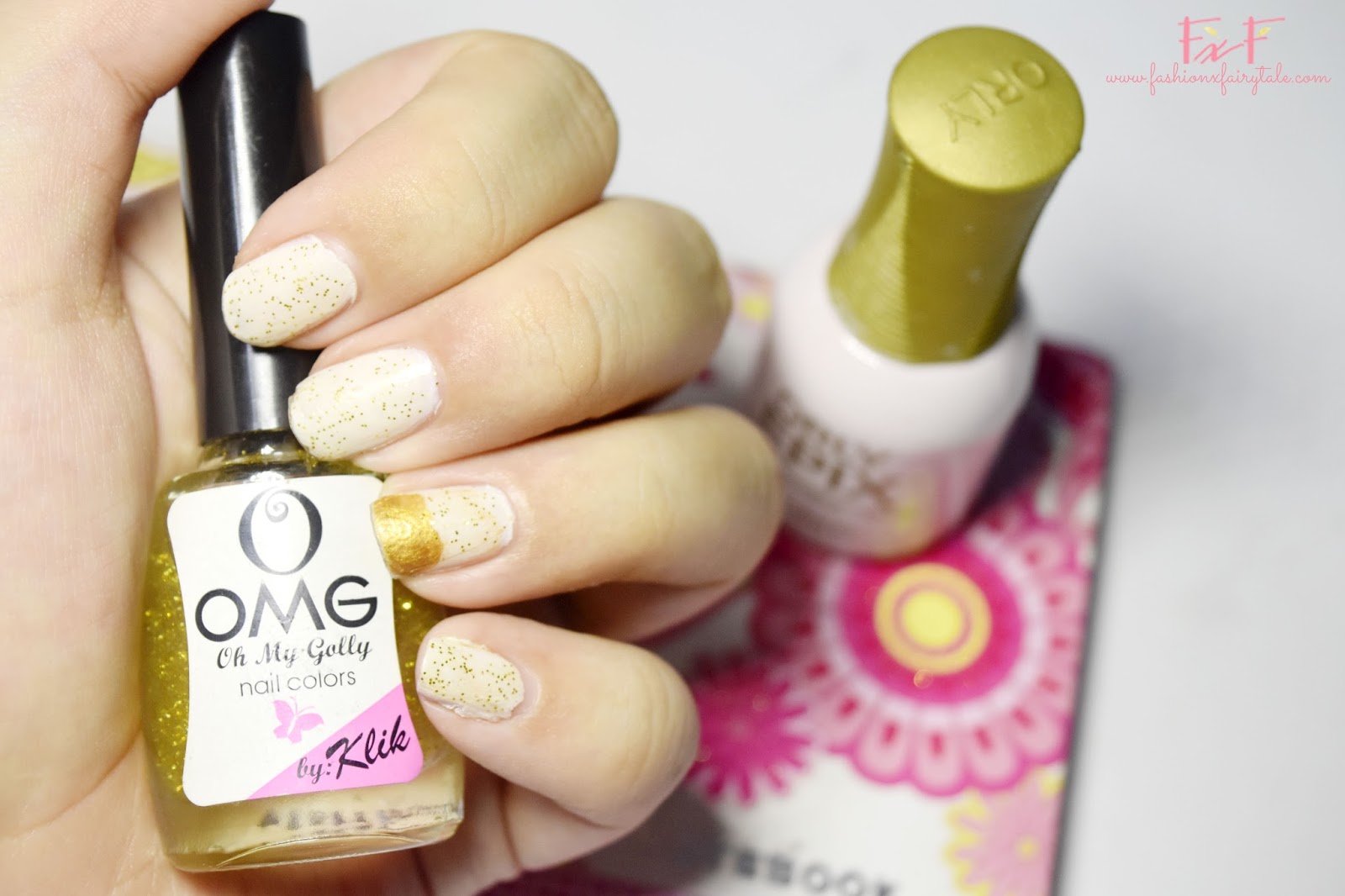 I had a hard time narrowing it down from gold or silver since I know I
went with gold last year but I just seem to have a gold obsession so in
the end you can see it won. It is different than last year though. The
choice I went was a full gold nail and sparkly glitter tip and this year
I just had gold glitter. I did this very quick and after deciding I
just went with it. I’m surprised how nice they turned out because
usually my attempts with out of the whim styles end up badly. 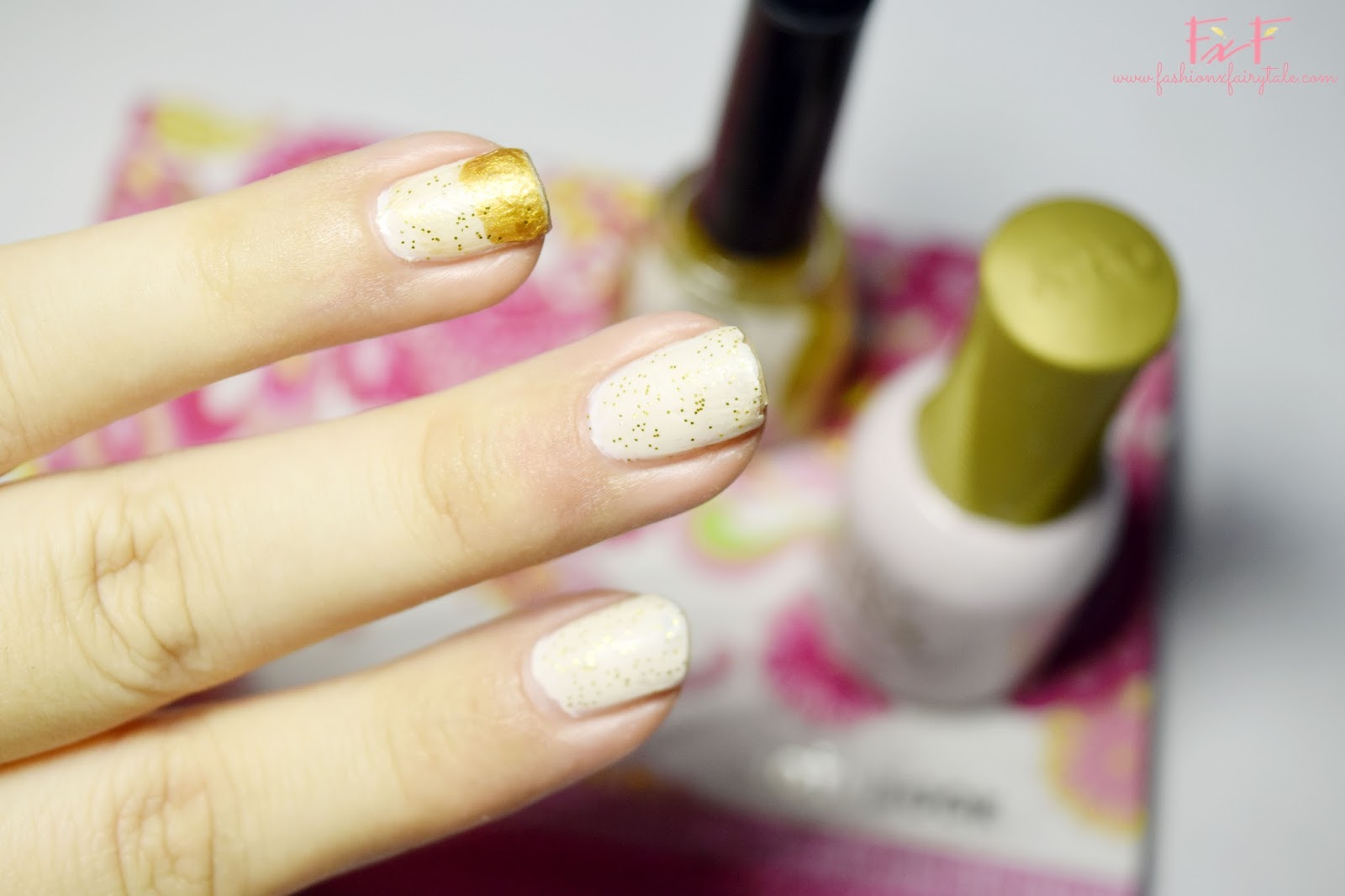 I put Hollywood Ending as a base color and since I know it last for a while it can be my monthly manicure so they wont be just for NYE. Next I just added OMG Nails in Yellow Glitter but I think it is more gold. I added that as a top coat to all my nails a couple of times so the glitter spreads out and creates a sprinkle effect. So you can see I really didn’t know what I wanted to do with my ring
finger so I painted half of it gold and just added the glitter top coat.
It was quite simple and I liked how they turned out.

Also how catchy is the title I named these nails. It just came to me when I was staring at my nails while they dried. I hope you liked my quick manicure for the New Year and maybe next year I’ll go for a different color and maybe more glitter. I’d love to know what you had on your nails and if you go for the same color every year or change it up. I’ll have my what I did on NYE post coming within the week and my outfit too so this is only part one.

What did you have on your nails NYE?