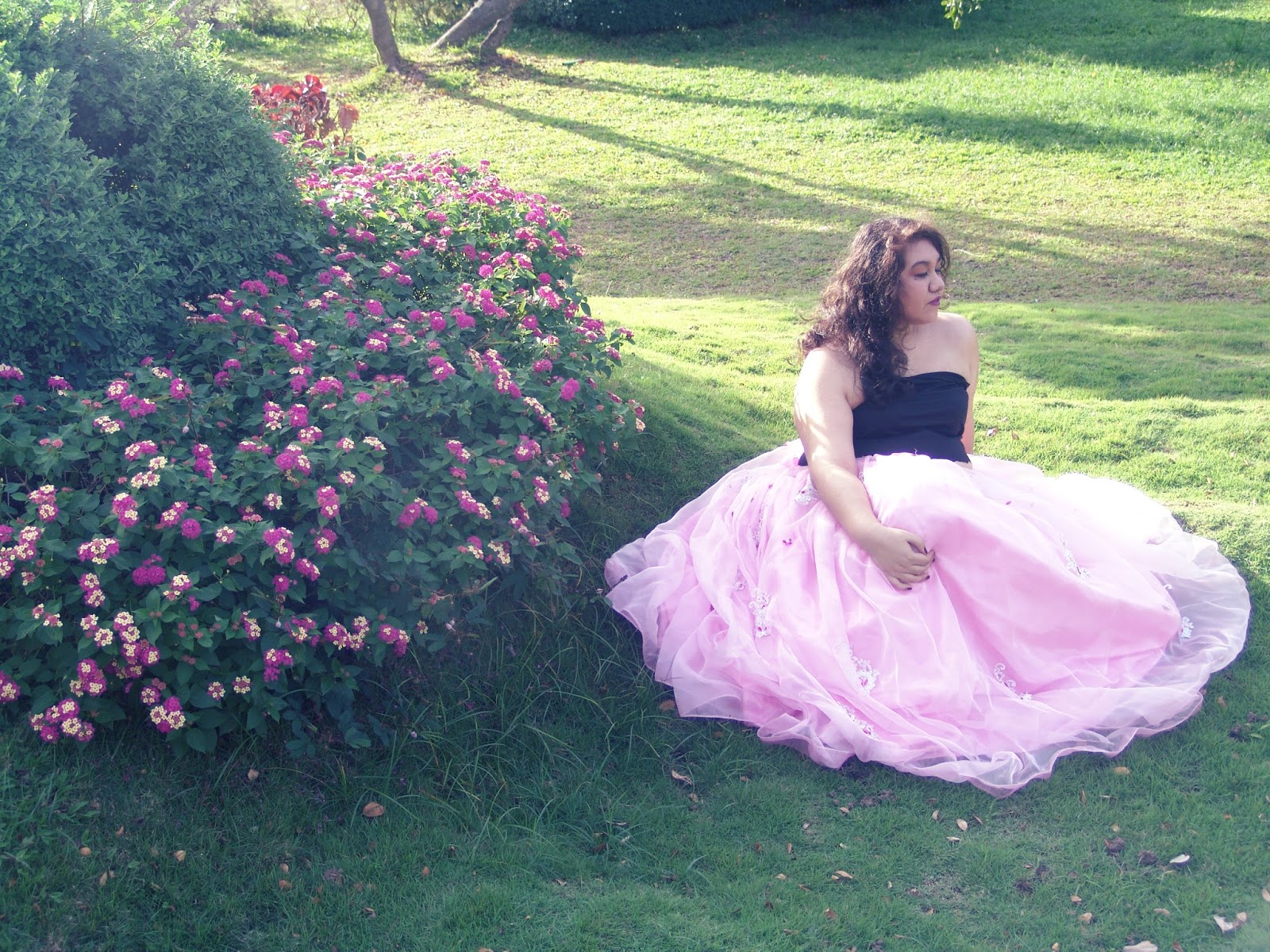 Happy Wednesday! Well this is something different. I ended up finding this set of pictures while I was going through my highlights for 2015 post and I thought it would be a good idea to upload on my blog. It’s been a year since these were taken but I thought I would finally share some of my fashion school editorials I did. These were for my midterms and I went all out and did I think 5 editorials which some I modeled in and some I was the photographer. I did show some of the ones I styled and turned into what I wore outfit pictures you can see some here and here. I might share a few more I did if you liked these. So why don’t I show you the shoot and the story behind them.

This is literally based on my blog name. When I came up with the idea of this shoot and the basis I got inspiration from my blog name for one but also my love for the whimsical magic mixed with my love for fashion. Of course that is where my blog name comes from but this was a bigger shoot and at first not intended to be put on my blog but I was looking at it for a magazine shoot. I pretend that I was modeling for an actual shoot. I’m not much of a model and never done it professionally so I might not be that good at posing or holding myself but I like these. I still don’t know if I mastered the poses for my outfit pictures but I may have gotten better than my first ones. Maybe one day I can really try it out but not be a real model but do only a few shoots to cross it off my bucket list. To be honest it was always my dream as a child to do some modeling but I never really pursued it all the way. I think maybe this is one of the reasons I became a fashion blogger to make up for the fact I didn’t go all out but another reason is I did love posing and getting my picture taken as a kid so I think that’s why I like getting my picture taken now and am so natural in front of the camera. I don’t know I really liked doing this and if I ever got the chance I would accept it in a heartbeat.

This was a two person shoot. I did my hair, makeup and styling all by myself. My cousin Lynn was the photographer. We took it at this beautiful wedding venue which I used to pass by everyday on my way home when I was still in college and I said one day I would visit there (maybe get married there too) but I knew it was the perfect backdrop and exactly what I wanted to match the theme. The funny story behind these was we weren’t supposed to take these at the venue unless we paid big money or a photo shoot fee but we convinced the guard and said these were for a school project so after a lot of convincing they finally caved and pretended to turn away and not notice us. We took as many as possible and took hundreds of photos just in case so I had a lot to go through finding the perfect shots. The weather was perfect for these and the lightning was just right. I took these with my old camera and they turned out great and with it being somewhat of a vintage camera they had this vintage looking filter which I enhanced and edited on Photoshop in post production. 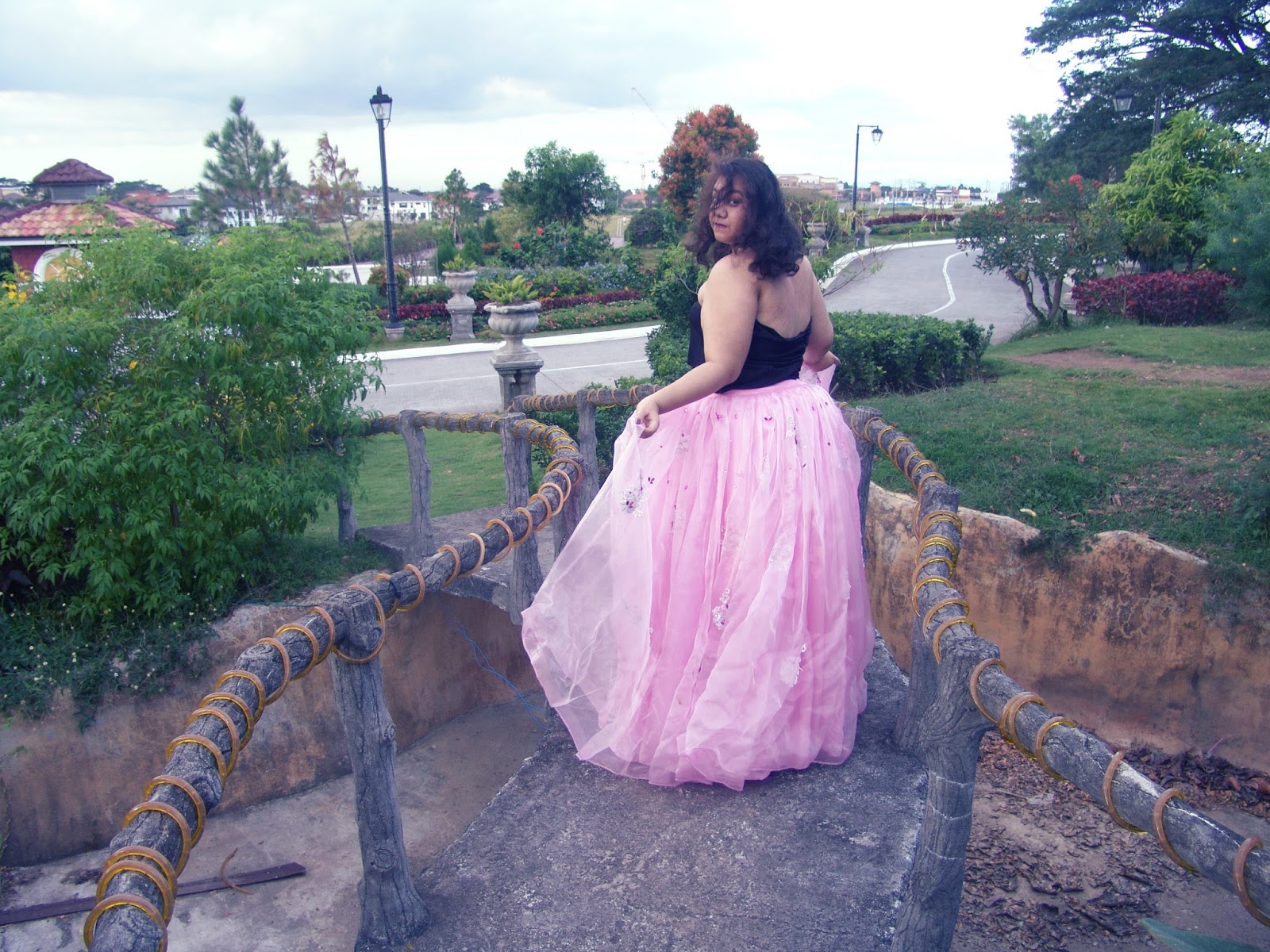 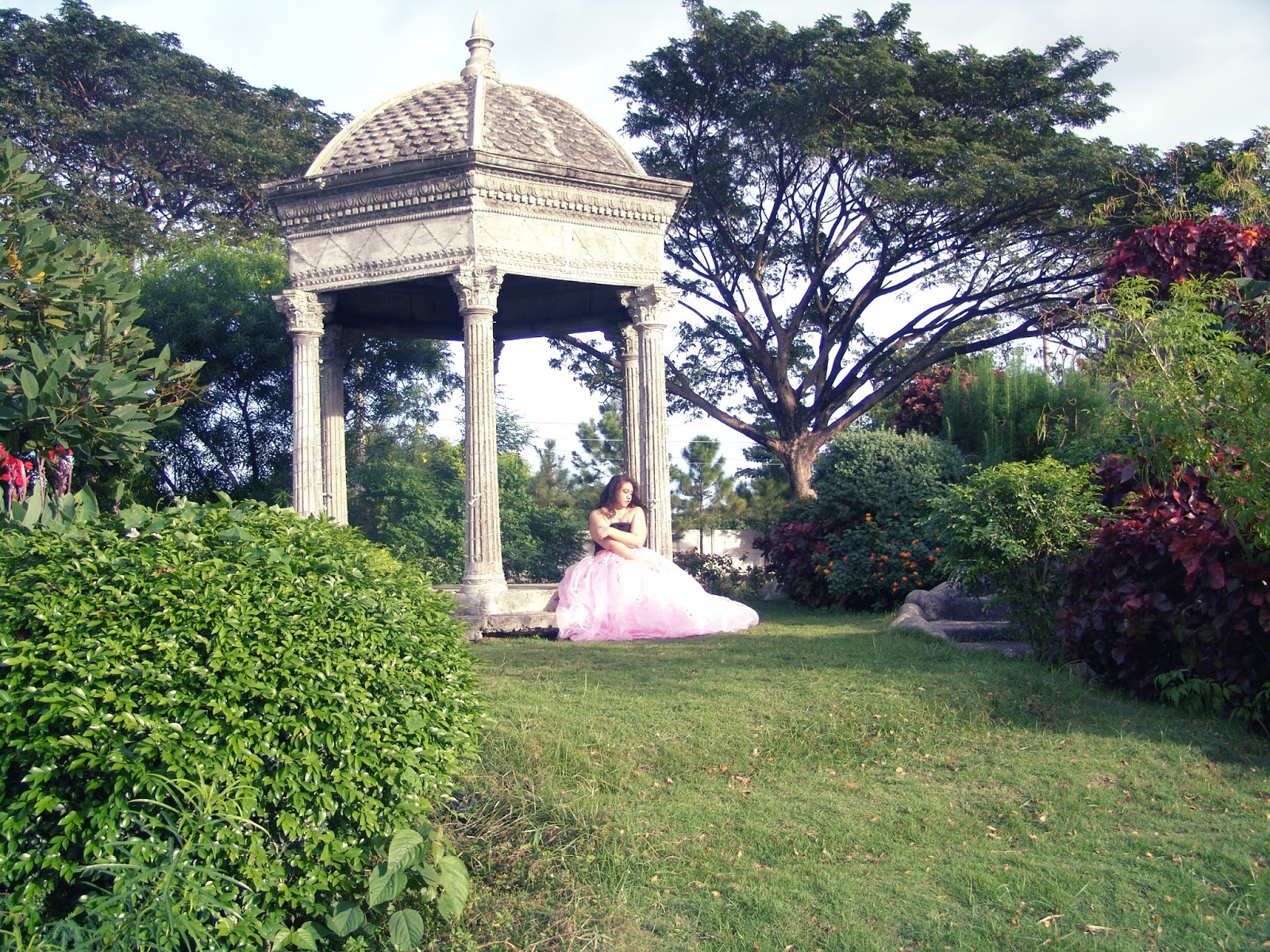 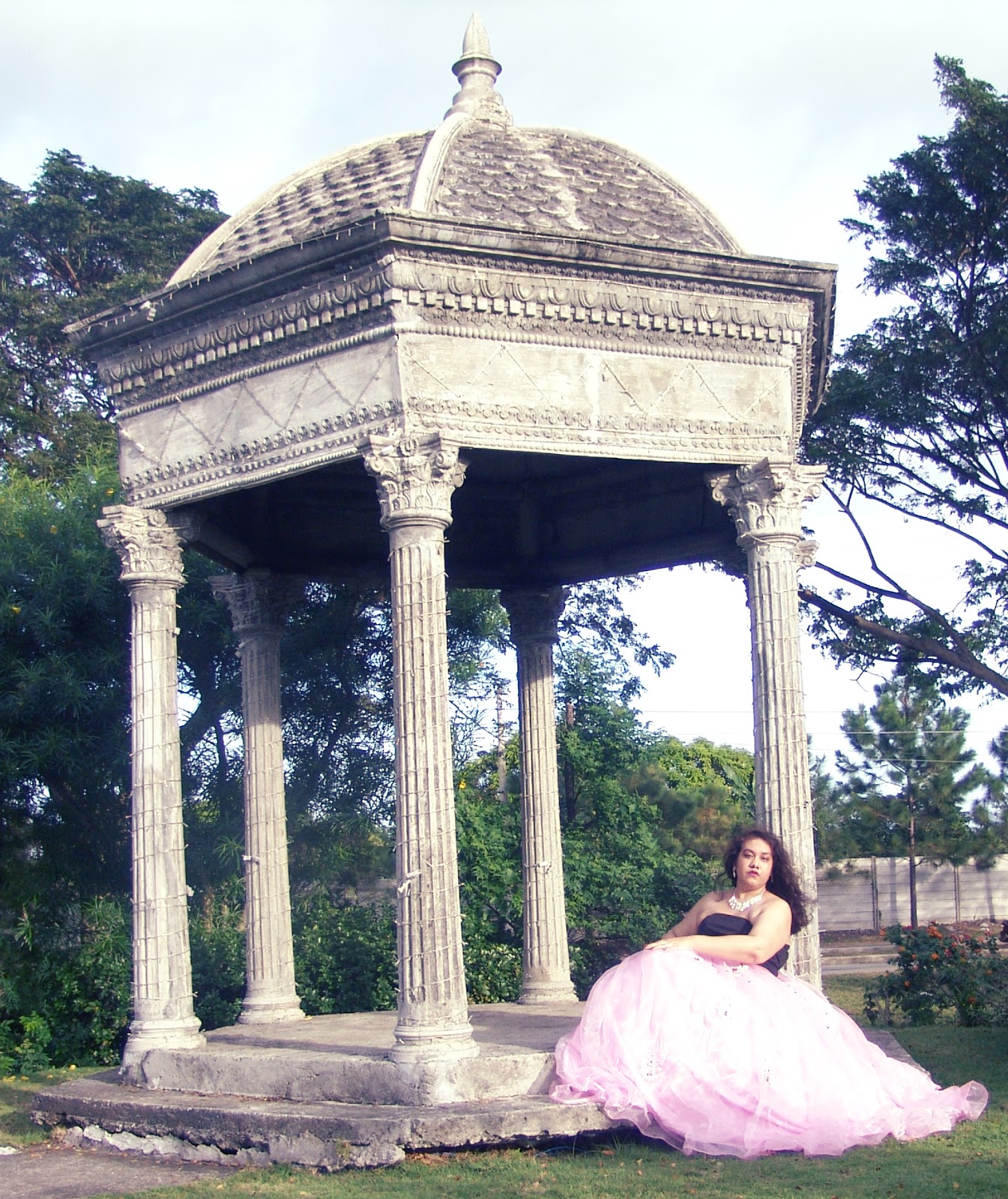 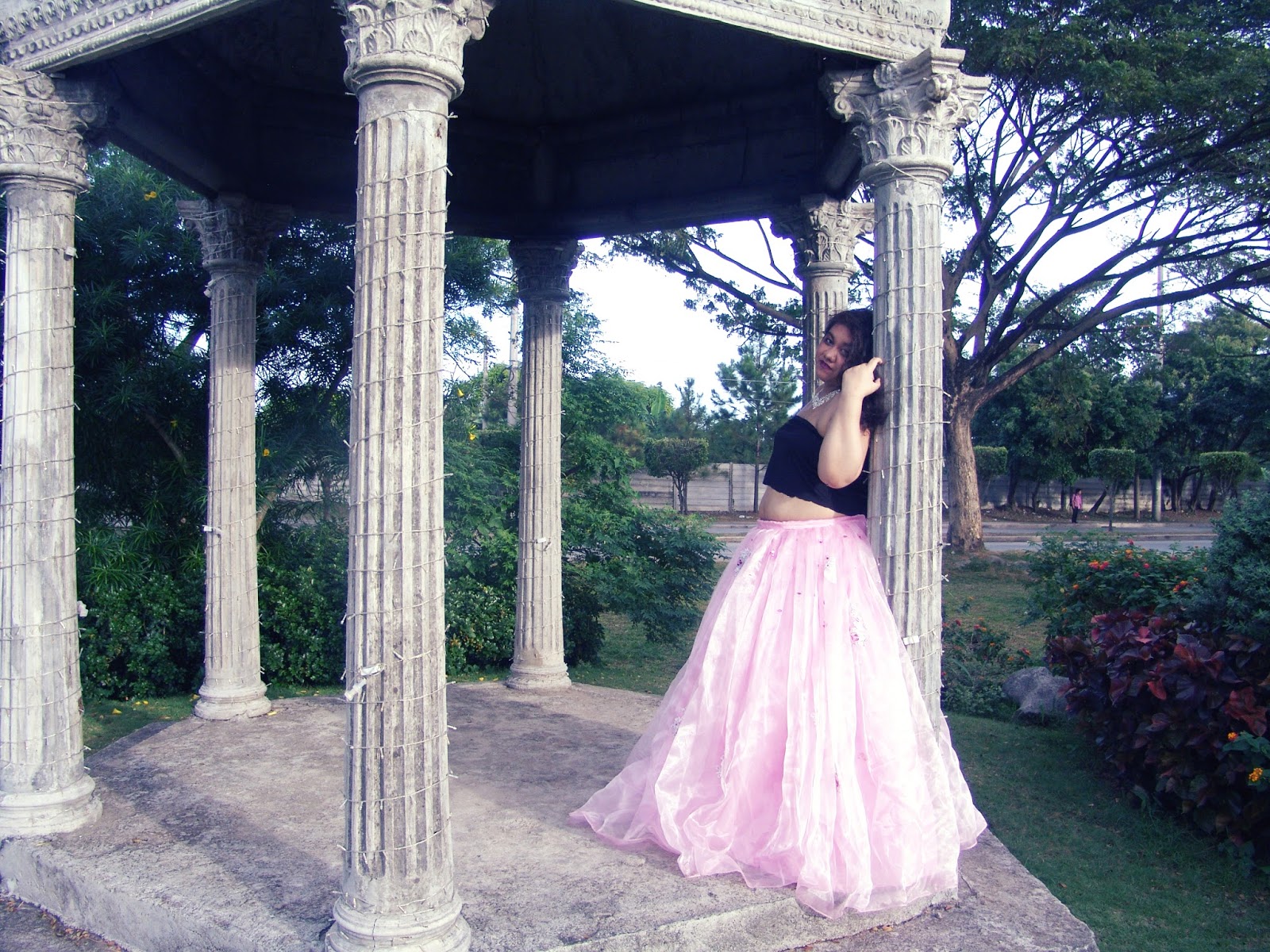 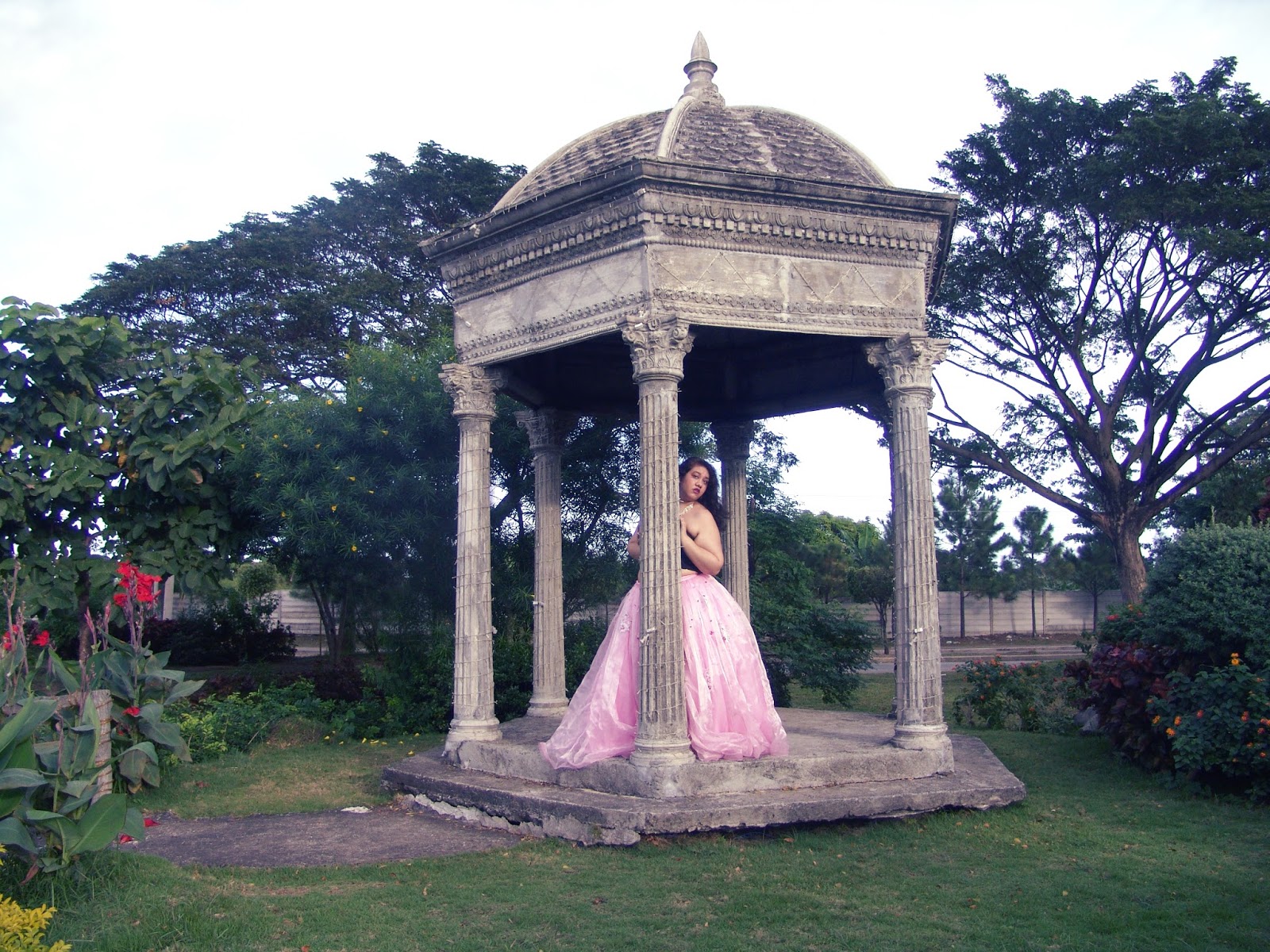 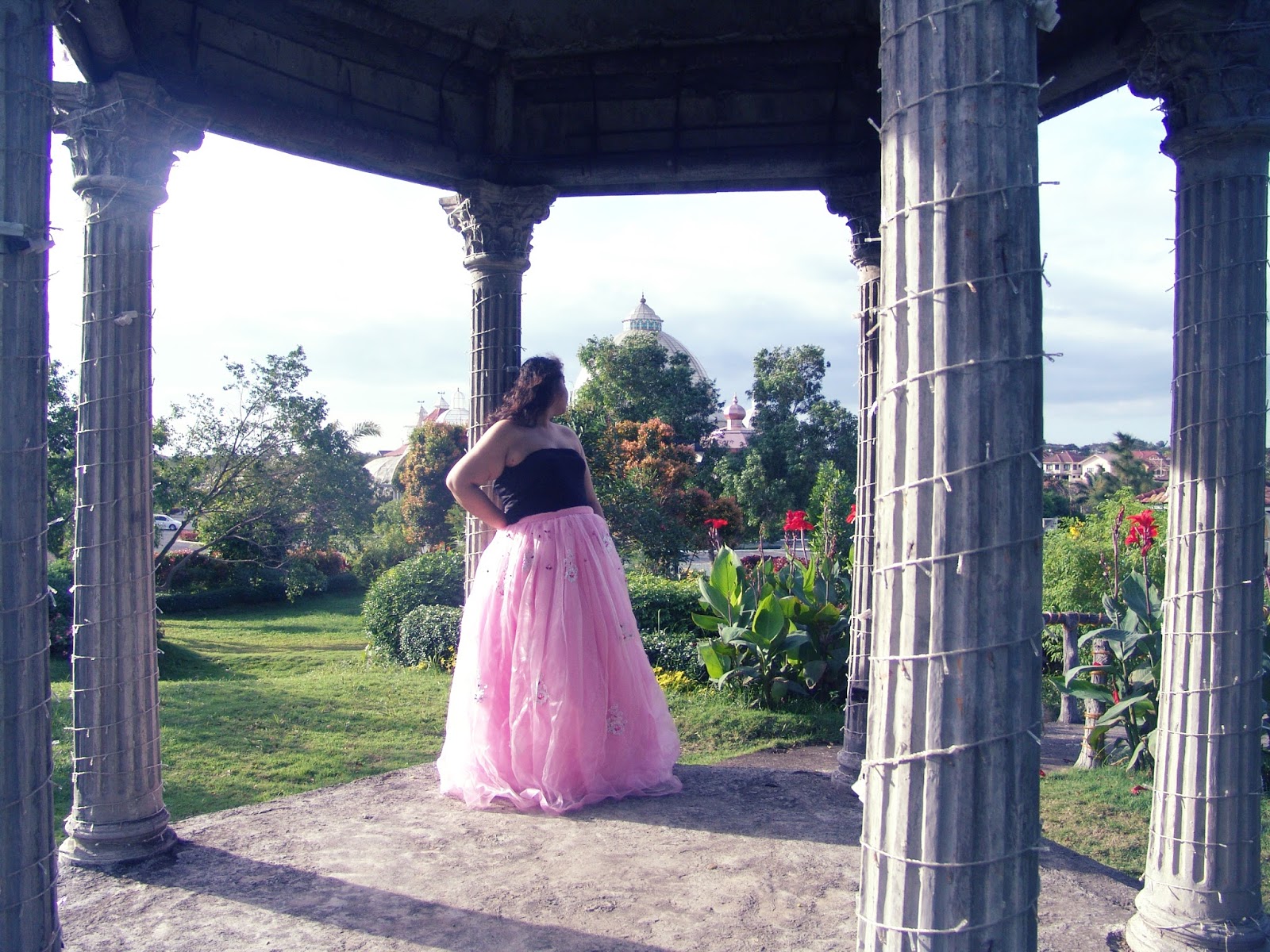 The story behind this was the model which was me is a queen. She has everything but one day her kingdom falls down and she doesn’t know what to do. The power was all she knew and watching her castle fall apart in front of her destroyed her. You see her run away from her problems and watch her as she rebuilds herself away from her home. I based it off a story I wrote for my novel as well so that was another thing it was inspired by. There is symbolism in each picture and you can kind of follow the story it is telling through the photo. The last one though I think is her happily ever after and even though her kingdom is no more she found a better self and grew. It is kind of like Out of the Woods music video but remember I did this more than a year ago now so I guess it kind of relates and has the same theme. This is why her makeup is dark and she doesn’t seem like she has that fairytale magic anymore. All the beautiful dresses and the life she once knew will not be the same any more so I played with that idea and that’s why the styling ended up like that.

I thought it was fun and out of my comfort zone. I usually hardly show skin especially here on my blog because I am quite curvy and I may be confident in clothes and know how to style myself which I feel amazing in but this was as you can see a crop top I made and stitched together by hand. It was not perfect and kept slipping down but it worked out for the shoot. The ball gown skirt is from my 18th birthday which was my Debut or debutante ball I had a few years ago. There is an actually corset to this which is so pretty but didn’t have the right aesthetic I was going for. I designed my ball gown myself and at first I didn’t like it was separate but it turns out a few years later they would become a thing and be popular. It was really hard to move in and pose with again and I had leggings on under this which you can’t tell but I just slipped on the ball gown’s skirt. I still find it so pretty and sometimes I wish I could find a reason to wear it again.

This was one of my favorite shoots I did through my whole term at fashion school. I got a great response from the teacher and said it was the best work I had done so that made me really proud I got a good grade on these. I got to push boundaries and do something I never thought I would be doing. It was so fun and I enjoyed putting all my creativity and all of my hobbies and loves into this one shoot. If you want to see my thoughts and my whole experience while I was in fashion school than I would be happy too and maybe make a video on it too. Just let me know and I can maybe plan that as a future post. If you ever did something like this I’d love to see yours and maybe some time I could shoot more of these for the blog and have a big production like this was. I’m so happy I got to share this with you and hope you liked seeing it!

What would your dream photo shoot look like if you did one?