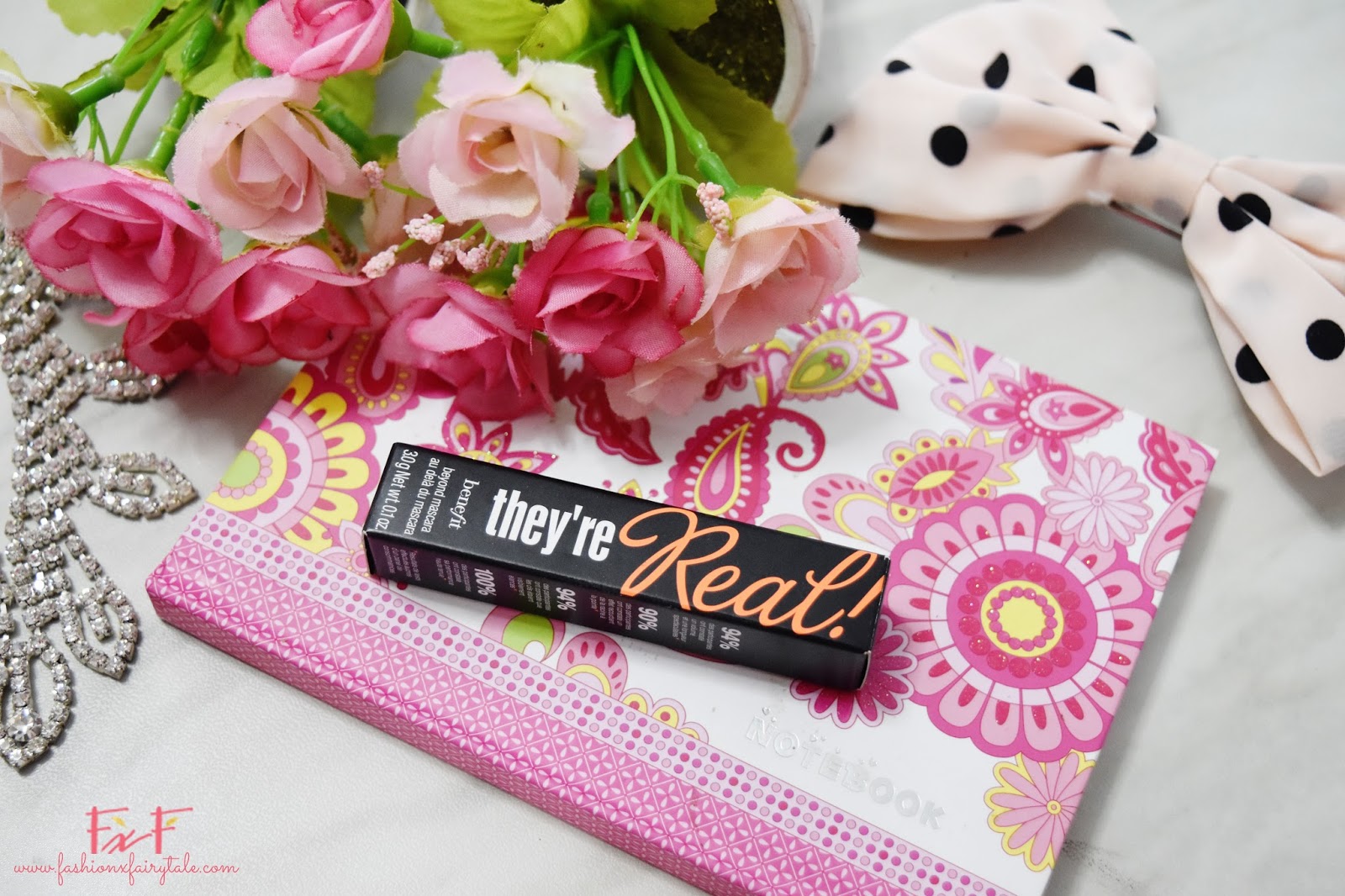 Happy Thursday! Today’s post will be the first beauty review I am doing in 2016. To be honest I wrote this last year. I think that is so weird to say but I was planning out posts and trying to get all the old blog posts I had in my drafts out so I could start fresh. I did just get done reviewing another Benefit mascara and tried to space both of them out. This will have to be my second favorite mascara and it does a pretty great job. It was actually the first Benefit product I tried and got me hooked on their products. I was so happy getting this in my subscription box all those months ago and then getting a few more samples since then. So here is all my thoughts and why I rate it my second fave mascara I own. 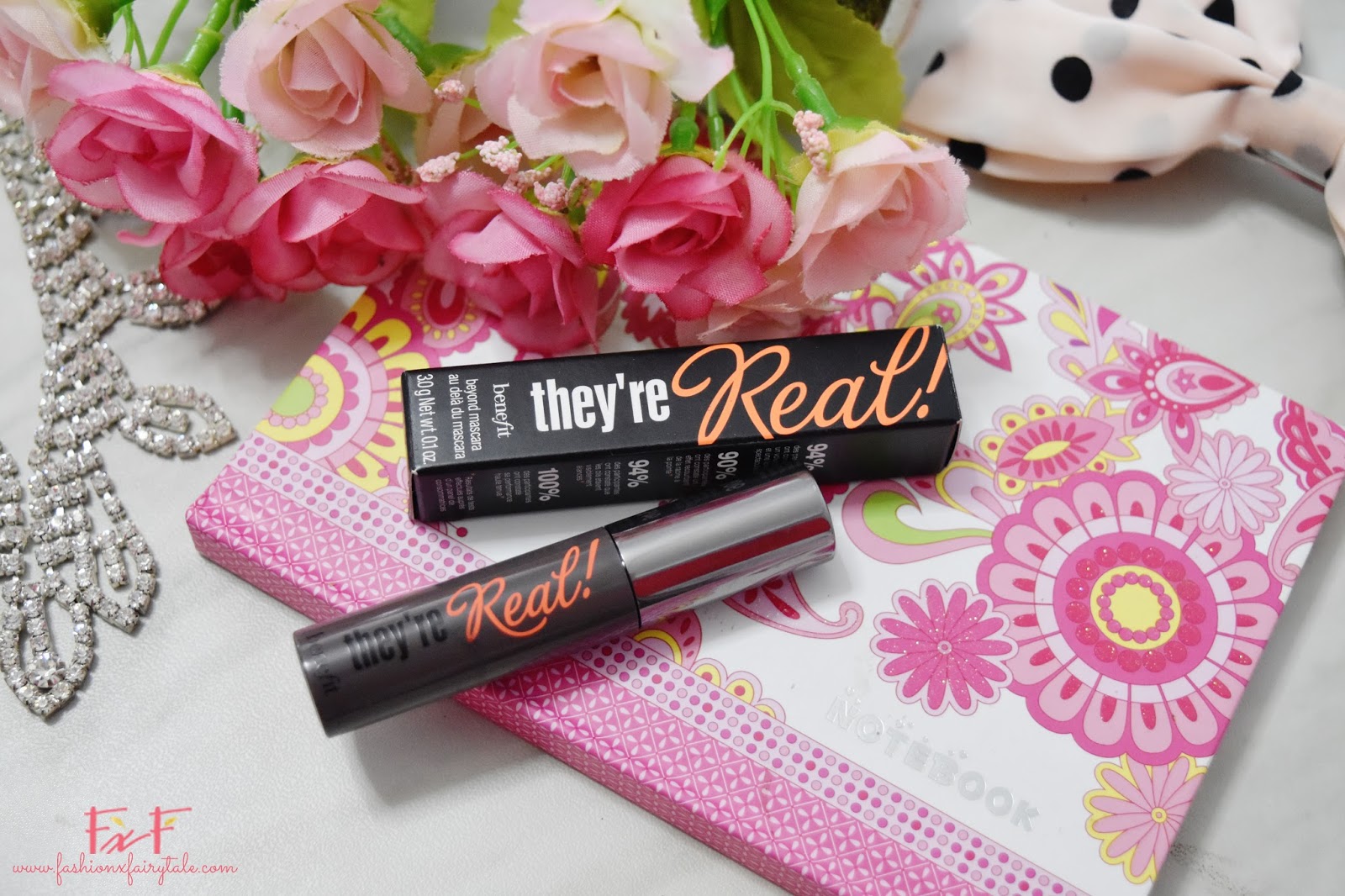 This is again a sample size and I don’t have the full size because believe it or not I have quite a few of these as I have received a lot of them in lot bags or subscription boxes so I until I finish them up I wont be buying the full size. I can’t review the packaging as I said but I can give my thoughts on the sample one. It isn’t as pretty as the Roller Lash one but I promised myself I wouldn’t compare the two. So this is pretty simple and had a grey tube with the logo and a metallic grey lid. 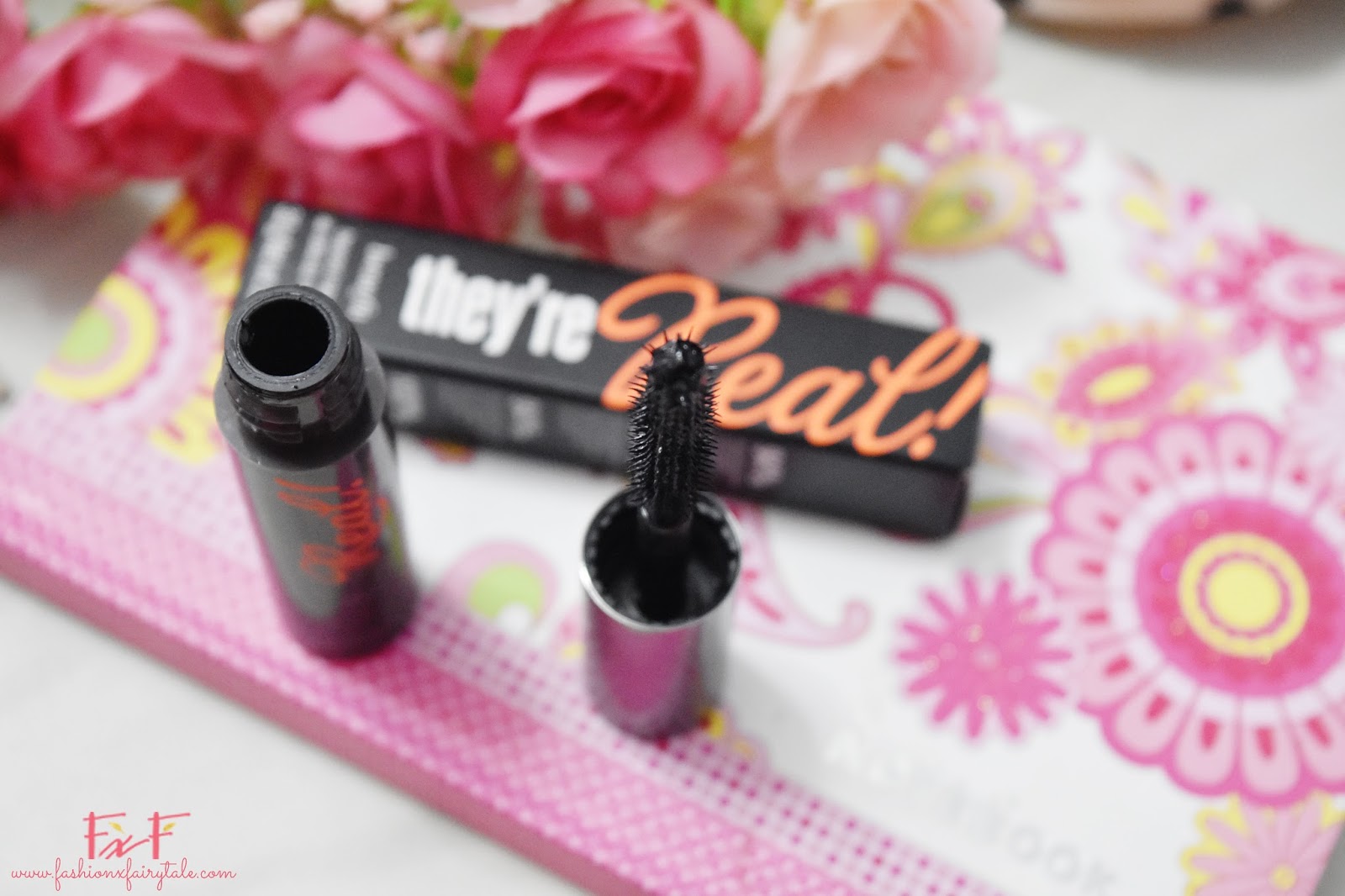 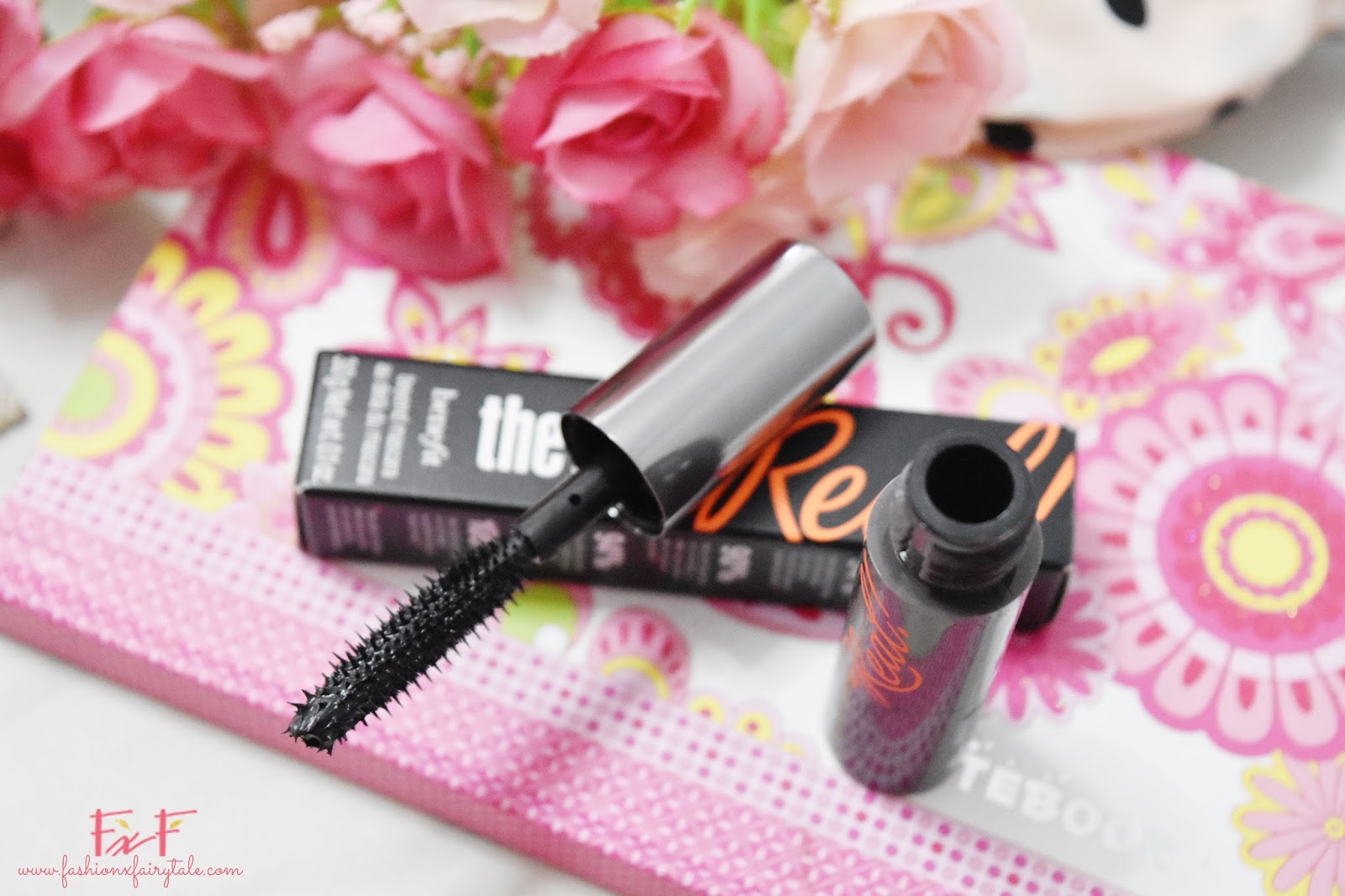 The brush is straight and doesn’t curl up. It has similar bristles as Roller Lash but it is a lot thicker. it combs through my lashes but doesn’t give them as much height as it doesn’t curve. They do give me great lashes and coats them well. It is a more thicker brush so it is supposed to give for a fuller effect so it seems like they are false and I think that is what it claims to be. I have pretty long lashes and I wrote about it in the last review s I give the condensed version. I have long lashes and they tend to curl up on their own. The only problem I have is they are a little sparse and thin. They do give me nice thicker lashes but don’t really make them curve up. I had to do it myself and I feel like the formula is a little heavier and thick to really give that full effect. So if I want the high curled one I should go for Roller Lash but if I want to have them look thick and bold that They’re Real is perfect for it. This one clumps a lot more though which is pretty sad and it leaves me to brush them out with a eyebrow comb. I think the only reason it does that on me is because it tries to coat my lashes more and since they are so thin it just builds up on them. 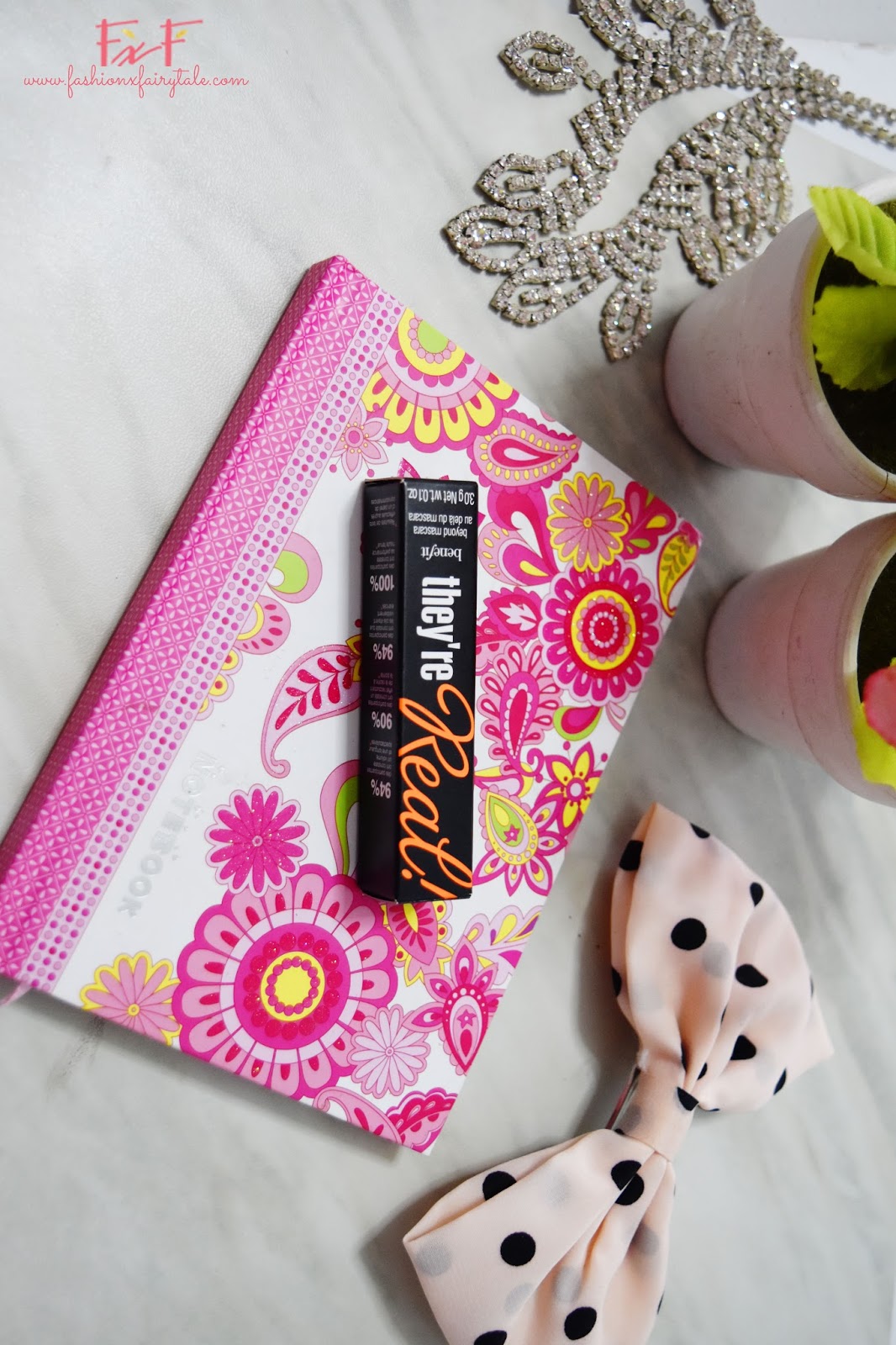 I think this is an okay mascara. it isn’t my all time favorite but it does make me have thicker lashes and makes them look less sparse then they truly are. I wouldn’t say my lashes look like false ones but it does give them a good coating to make them look fuller. It doesn’t give them a curl up and make it doesn’t give them such volume maybe because of the formula. It kind of clumps easily on me ad think its because I have thin lashes so it can’t really handle it. I do like how dark they make it though giving it an dyed effect. To be honest I think I will choose Roller Lash over this as I like the effect it gives me lashes better than this.

My rating is: ♥♥♥♥♡
I give it a three and half but I can’t make a half so let’s pretend. I do still like it and since I have so many tubes of it I will use it up because I don’t want to waste it. Out of all the mascaras I have tried so far though it still is a pretty good mascara but to make them perfect and how I like them I have to fuss with them and if I don’t have time then it means I shouldn’t grab for this but if I do have time I can make them up to my standard and comb them out and curl them to imitate fake lashes if I truly wanted that result. I wouldn’t give it a miss because it isn’t a total loss or fail it is just a little more high maintenance than swiping it on the lashes for me.

That was all my thoughts on the They’re Real Mascara and how I liked it. I still think it was pretty good just needs some care to them. I know there is one more mascara from Benefit and hope to try that one as well to see which one I love the most. I hope you liked this review and let me know your thoughts on this and if it was fabulous on you or had a similar experience to me.

What are your thoughts on Benefit mascaras?