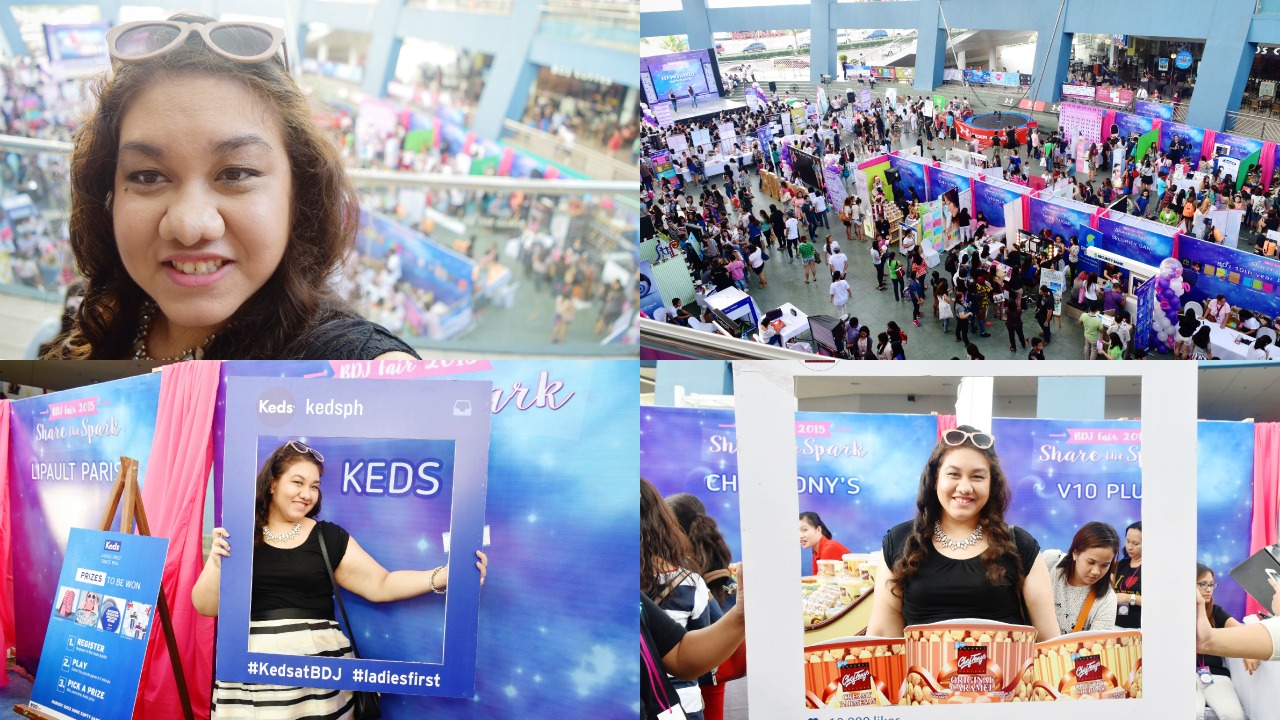 Happy Blogmas Day 6! Last Sunday I went to my second BDJ Fair and it was quite special as it was Belle De Jour’s 10th anniversary and was celebrating that so it was extra special. I went last year with my cousin Lynn and did a huge recap post here if you missed it. I’m actually not going to do an event recap like I do but this time I focused and did a little vlog montage of it instead to change things up since I am always doing those long posts I thought to change it up this year. So below you can watch the vlog I did of the day or just read on for a little summary of my day in written words.

It was held at the same venue as the last one at Mall of Asia and I went to my talks I was registered for. I went to the various booths and did all the activities set up they had. I got to do a lot of fun things and went on to join the contests they were hosting and post things on Instagram. There were a lot of photo booths and in the vlog you can see me getting them done. I got a lot them and my dad who went with me got to join in the fun as well. There was also a lot of freebies being offered there and you just had to like their facebook page or maybe play a game to win a voucher and stuff like that. That’s pretty much the whole event beside going to the talk. Last year I won at the raffle but this year I wasn’t too lucky with that. It was a fun event and afterwards we went to the bay across the street and just walked around and took outfit pictures as well. If you watch the vlog there is a pretty sunset by the bay and it looked so pretty and see a little of the area if you were curious to see a little of Manila. After that we got food and I was supposed to vlog until the end of my day but my camera battery died and if I used my iPhone then it would look so bad with the lighting so I stopped. All and all it was a lovely day out and I had an awesome time at the event and afterwards as well.

I am still doing the loot bag post so that’s not going to change. I actually just took the photos of that and will be doing that post as soon as I film the haul video accompanying that. I know it is one of the exciting things at a BDJ event and I always try to do one so that I am not changing doing that because it is on of my favorites to do after an event. I also bought some things there and got a lot of freebies at the booth worth a post so I will be doing that so look out for it.

If you would like to know more about the event and what goes on as I didn’t cover it much this time around you can just look back on last year’s and see the different booths and fun games and stuff they had. This years was quite bigger and had a lot fun things to do. I enjoyed and hope you don’t mind the smaller recap this time around. So hope you enjoyed reading or watching the vlog here. Only 19 days!

What is an exciting thing to do at an event like this?

Hot pink never goes out of fashion. 💖 Just a ca