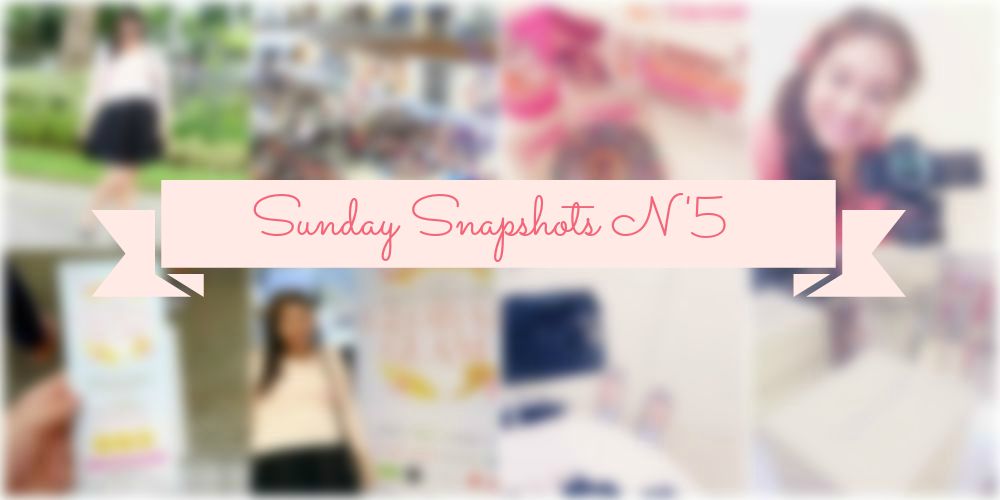 Happy Sunday! Hope everyone is relaxed and having a nice day doing nothing ot whatever you like doing on Sundays. I’ve been a busy bee and had a pretty hectic week with going to events, going out to do errands and then at night heading out to the studio.But I still wanted to share what I am up to lately and do a little catch up. Now he is a small snippet of my week in snapshots. 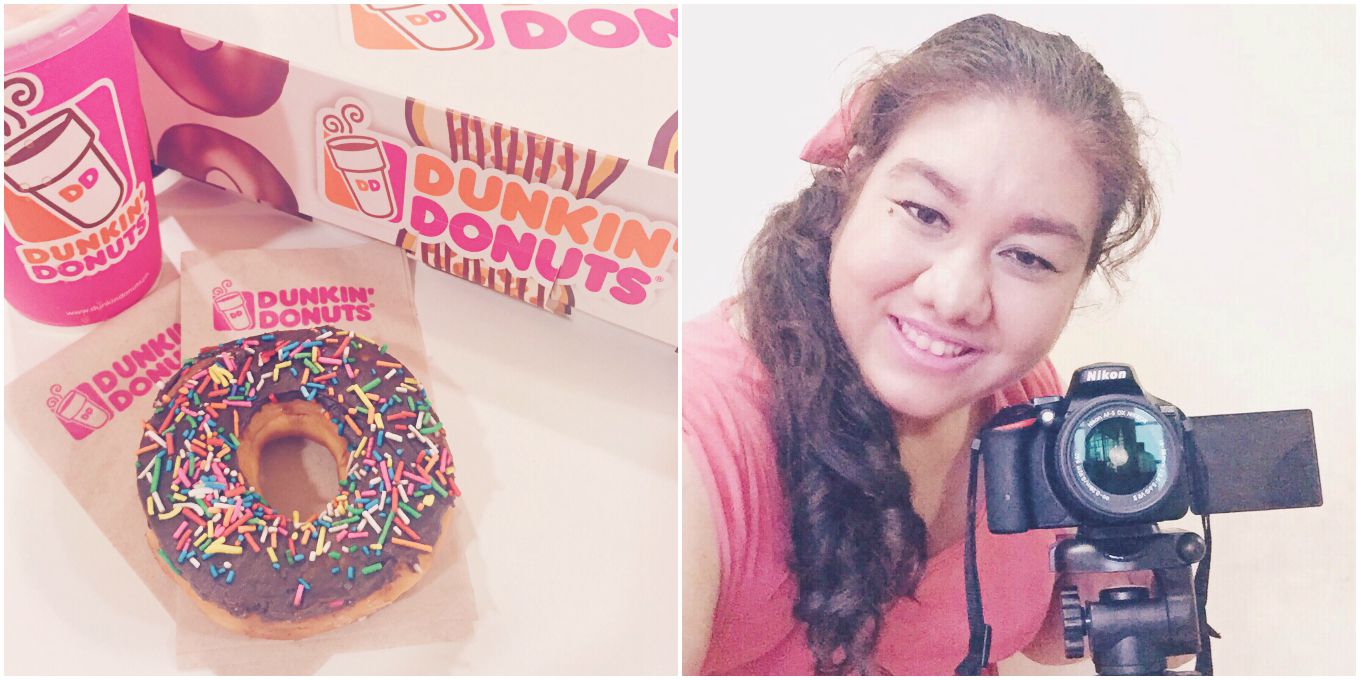 Lately I’ve been obsessed with donuts and while I’m out I usually have a little snack with whoever I’m with and I’m automatically drawn to the donut stand whatever mall I’m in. I don’t mind what flavor but I do love ones with chocolate and sprinkles but I might just be a kid still at heart and they are just so good though. Just looking at the picture I really want one again.

A sad thing though is I have to take m camera in to the service center because the flash malfunctioned on it and burned it up. It is under warranty and I’m not worried but it has to go to the camera doctor for quite a long time and they estimated it for about two weeks to a little under 2 months. I’m so attached to it and I have just gotten used to it and taking more pictures and doing more videos and now I might have to give it up for a while. The camera itself is working and it is all fine so I can still use it which is great but I can’t change the settings or turn the flash off and when the flash activates it burns itself up. So in the mean time I am going to stock up and try to finish two month’s worth of videos and posts. I have Sunday – Tuesday and then Friday off to get cracking on it. It is a good thing I don’t blog everyday or that would be even more of a challenge. I’m hoping to have a post every other day or 4 times a week plus a video once a week on my channel. I’m pretty good with videos so far and might have to film one or two more. I may have September almost planned out and maybe need to just get the last weeks done. It’s so disappointing I got a defective camera and it needs to be sent in to get fix so early since I got it. I’m hoping I can get it sooner because I have so many things planned and I do not want to go back to my old camera but if I have to I might use it. This also means you might see a lot of these kinds of posts and I’ll be using my iPhone camera as well for lifestyle kinds of posts too. Let’s all wish my camera well wishes before it heads off the camera hospital to get better. 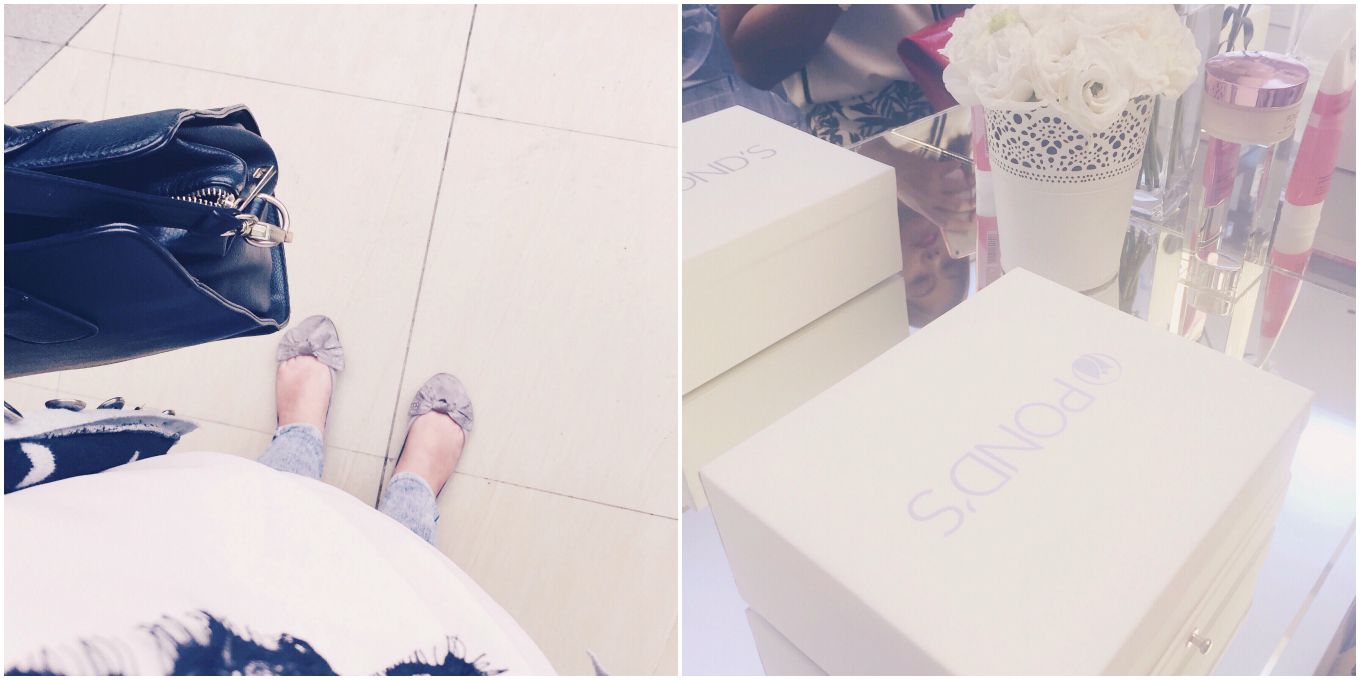 Doing outfit photos again. Now it’s been a while maybe over two
months since I’ve taken any. I thought I would get back into it but I
guess it is harder and since I’m not in fashion school anymore and
dressing up each week like I used to it is so difficult. On most days
you will find me in a leotard, a wrap skirt and tights with my head in a
ballet bun. I don’t think that’s a worthwhile outfit and I get so lazy
taking it off and getting dressed afterwards since I’m so tired. I might
just have to try one day as my dance studio is located in the heart of
the city and there are such beautiful places to take pictures at and I
might have to show you around.

I went to the city again for another event by Ponds. I’m not going to
say much here as I have a whole post coming up on it within the week or
so and their might be a sneaky vlog coming as well. I had such a fun
time and it was another memorable evening. I’m going to leave it at that
but trust me you need to look out for that post and vlog.

My video of the week on my channel is another vlog. This is my second vlog and I am still a little shy filming myself in public but it’s slowly coming to me and I can do it and just not pay attention to anyone. It is still a little hard vlogging with a DSLR and I think I might need to invest in a vlogging camera soon and a backup as you can see I might need it pretty soon. i show a little of the event I went to, I filmed an outfit of the day even though I will have a separate outfit post on that and I show you what I had for lunch that day because who doesn’t like seeing food in vlogs. You can watch it here and get another glimpse of what I do if you are interested.

That’s a little snippet of my week. A few exciting things happened and a not so sad thing. I really hope I can get my camera back right away but I will be turning it in maybe the beginning of next month. I feel so attached to it like it is a person going to the doctors. Please tell me I am not the only one to get attached to objects because I always do. Other than that I hope you are all having a lovely Sunday doing whatever you are doing and I will be here doing a lot of blog stuff to get ready for my separation of my camera and I. So that’s it and hope you are excited for this week’s blog posts coming up as they sure are exciting.

What item are you emotionally attached to?

Let me eat cake! 🎂 Another one from my at home

I lilac you like no other! 💜 On the blog this w