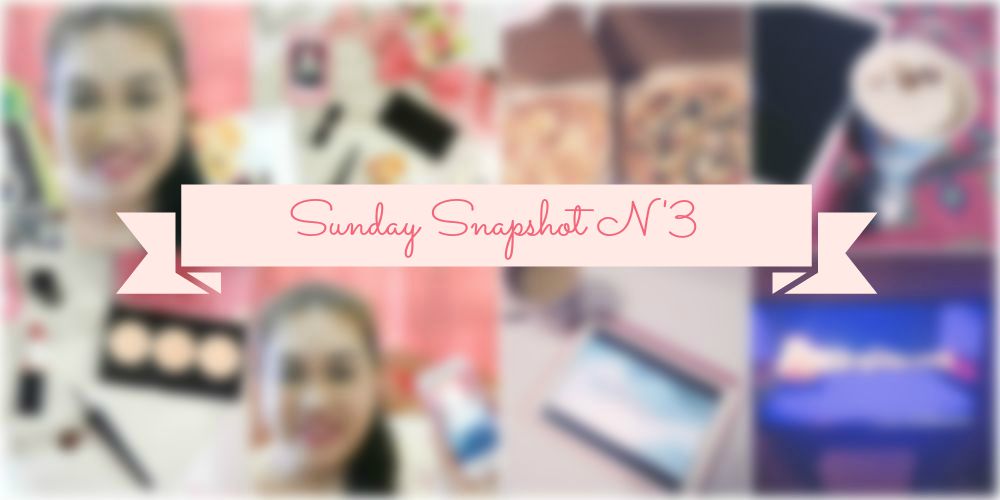 Happy Sunday! I’ve been really liking my Sunday Snapshots which technically I renamed my Sunday Summaries post I used to do. My week has been fairly calm rather than last week which kind of put me off for doing this but I do enjoy writing it like a diary. So here are a few images from my week and a little about what I did and you can be nosy of the things I got up to. You can also see these pictures on Instagram and you can follow me on there for more about my life. 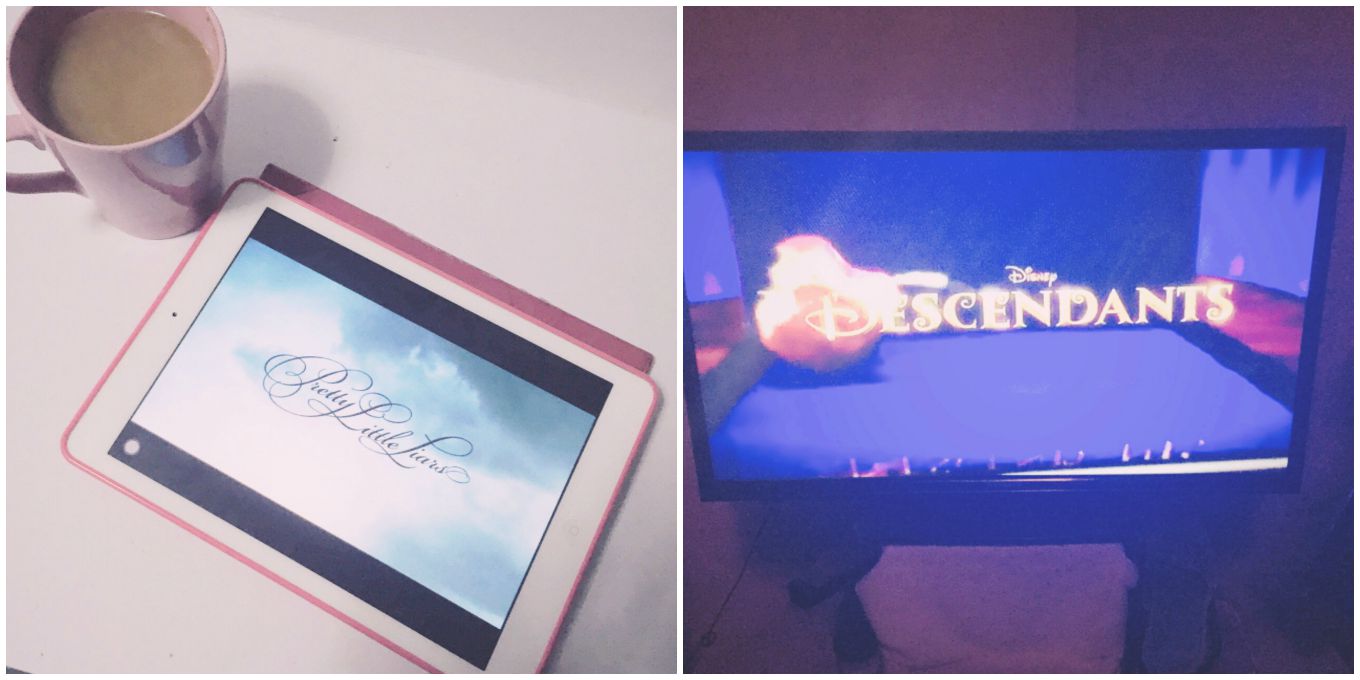 Pretty much this week I was back to my obsession with watching different TV shows and movies. Of course you may all know Pretty Little Liars aired who A was and I woke up brought and early that Wednesday and avoided my phone at all costs. I was surprisingly not spoiled and ended up watching the whole thing and finding out. It has been bugging me like everyone else. I have mixed feelings about it and I don’t know how I feel about it but I guess it kind of makes sense but there seems to be so many unanswered questions still and it still bugs me that I still don’t know. I’ve been really invested in the show since my first year of college and I have been graduated for a year now. I’m not that loyal as some people but I am a big fan of the show and still was so into knowing who A is.I still can’t wait for January and the time skip because I really want to see what happens and also I hope my fave couples get together. At the moment I am rooting for Hanna and Caleb so bad. Is it January yet?

Next is this movie. I spent my Friday night in snuggled with my big throw blanket and pajamas while it stormed outside as I watched Disney Descendents. It was such a great movie and I so recommend it to all the Disney lovers. Now I’m sat writing this while watching the music videos of the songs of the movie on Youtube and getting all the feels over again. I think after I get all my blog work done I am going to reward myself and watch it again because why not. That’s when I can tell I enjoyed a movie and it has entered my favorite lists because all I want to do is watch it over and over until I get sick of it also it is the same for songs too. I’ve never been someone to loyally take pictures of their food and believe it or not my dad does it more often than I did but every since I got my new iPhone the camera still blows me away so I end up documenting everything now including my meals. It’s actually been a very long time since I had a Domino’s pizza and I think the last time was when I was still living in the US. So my niece had a birthday and brought this home so it was a nice surprise. I didn’t know they had so many different choices and just looking at the picture I want another one. Now for dessert I had a Reese’s sundae and it is my favorite chocolate so mixed with ice cream makes my day. I don’t think this was a good idea because now all I want is pizza and ice cream. 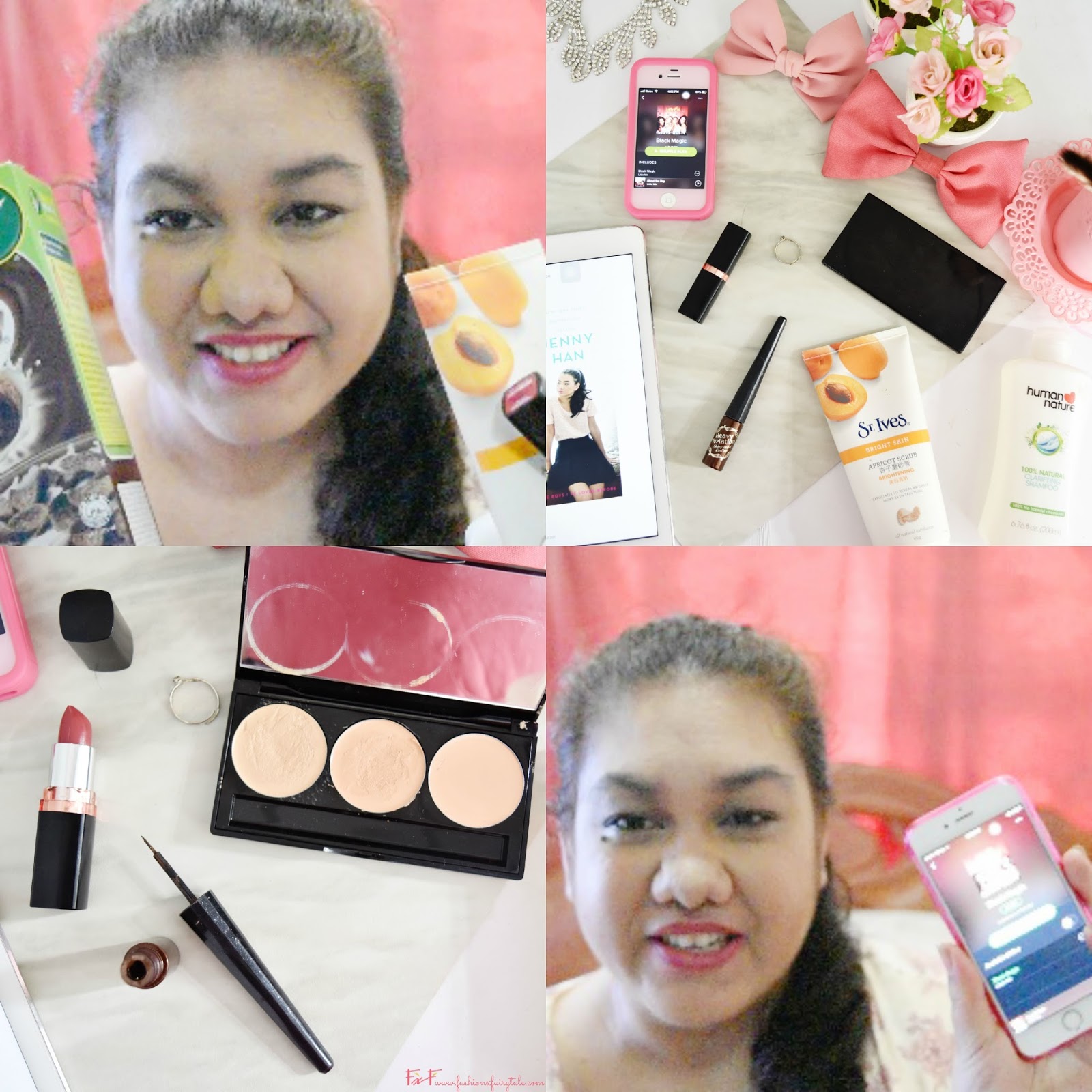 Lastly as you see this I uploaded my second video on Youtube. It is my July favorites which you can watch here. It is a tad bit late as I am still getting the hang of it all and I did film this on time but editing was a nightmare. It wasn’t like I didn’t know how because remember I went to college for that but the program kept crashing and I had to reinstall it and then all kinds of stuff happened with it and the intro and outro was giving me a problem. Also I didn’t realize it would take so long to upload as my internet is not the best as well. In the end I got it and better late than never. I got a few other videos edited including my first vlog so I might have that out next week. I still can’t get over how fun everything is and despite a little editing hiccup I am really trying to getting a hang of it. I’m hoping you can watch it and if you’re already there subscribe and maybe make my day.

That was a little about my week. I’m pretty sure nothing too exciting again next week but you never know. I hope you have a good week ahead of you yourself and I am going to spend the rest of my Sunday getting next week’s blog stuff all taken care of which I usually do and hopefully watch Descendants again. Hope you liked this and had a good browse of my week and liked my snapshots.

What was your favorite thing you ate this week?