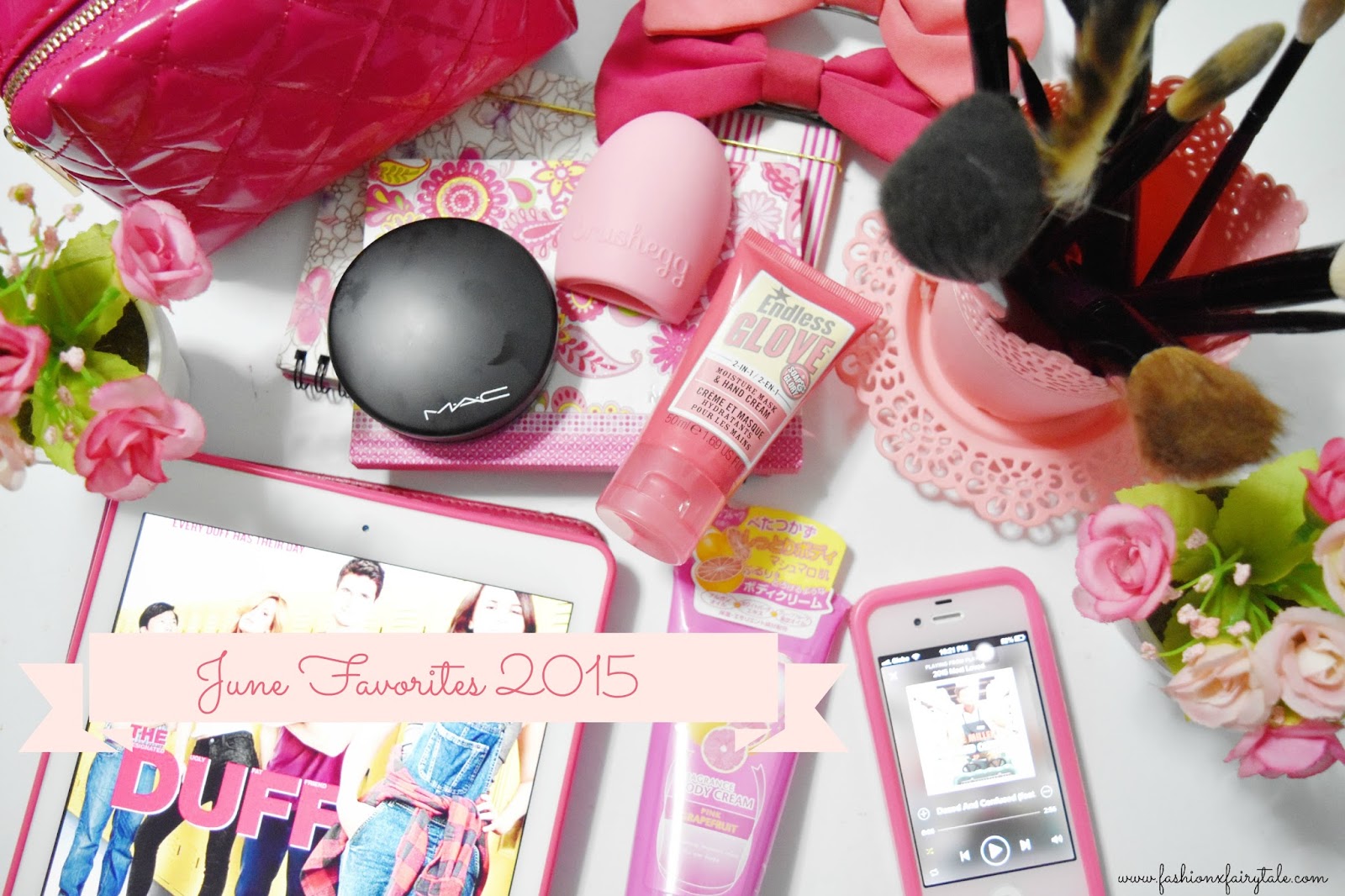 A happy Monday to you! This is where I talk about how it is another month and I can’t believe it but I feel like I do it every month so not this time. This is a little late because my camera is broken if you didn’t know already but if you missed it I bought a new camera. Making this the first official post I took pictures for and it is fitting since i really love taking pictures of my favorite products. This is also one of my favorite things to write and I feel like you enjoy them as well since I always get a good response so it is a win-win for both of us. So now I will show you a few things I was loving in June. 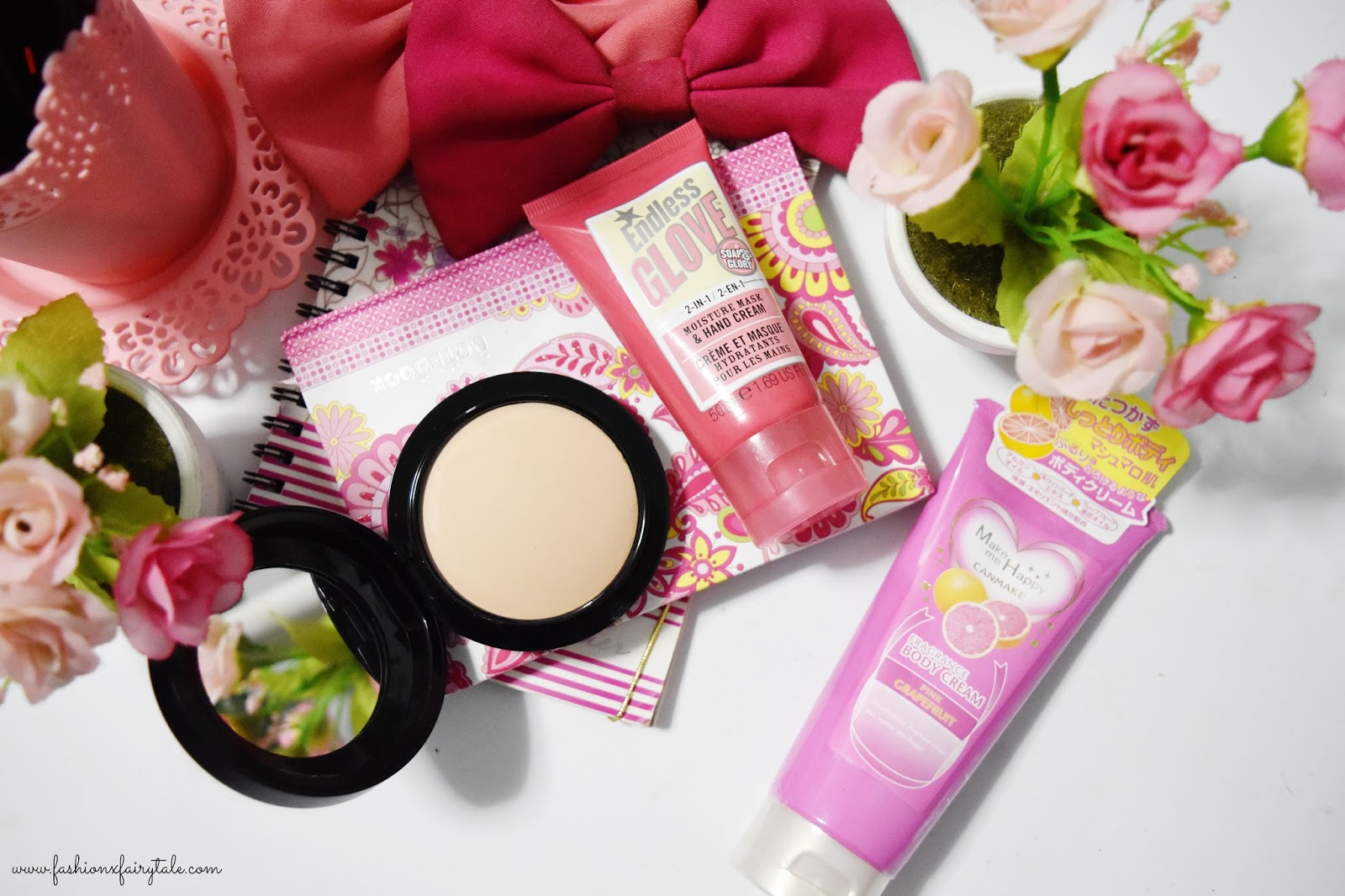 This is the only thing I have left of summer. The past few days have been stormy and rainy leaving a lot of places flooded but everything is okay now.I have been into putting and trying new body lotions and creams because I shave my legs so much it makes them so dry and flaky. I have had this for a while and I found it again and I’m glad I did. It is so creamy and not sticky and the scent stay on for so long. It is a definite repurchase for me and also the packaging is so pretty too.

It has been either too hot in June or too rainy so I didn’t feel like foundation and been using just this. I lie just using this as a cover up powder to give a little bit of coverage. It isn’t a powder foundation I don’t thin and only supposed to be used for a pressed powder but I actually like it. It is so soft and blends really well so you can really get a good coat. Also it does pretty good when working out because I accidentally left it on one time but afterwards it left a lot of shine but I expected it to.

I think with the cold and dry weather my hands haven’t felt that soft and with me typing so much. It may be because of starting dance class too and using them so much. This has been a nice treat for my hands and i have been throwing it in the bag I a currently using. The smell of this is also amazing and i hve been into a lot of nice smelling products lately. Also it is just so cute and small and pink too. 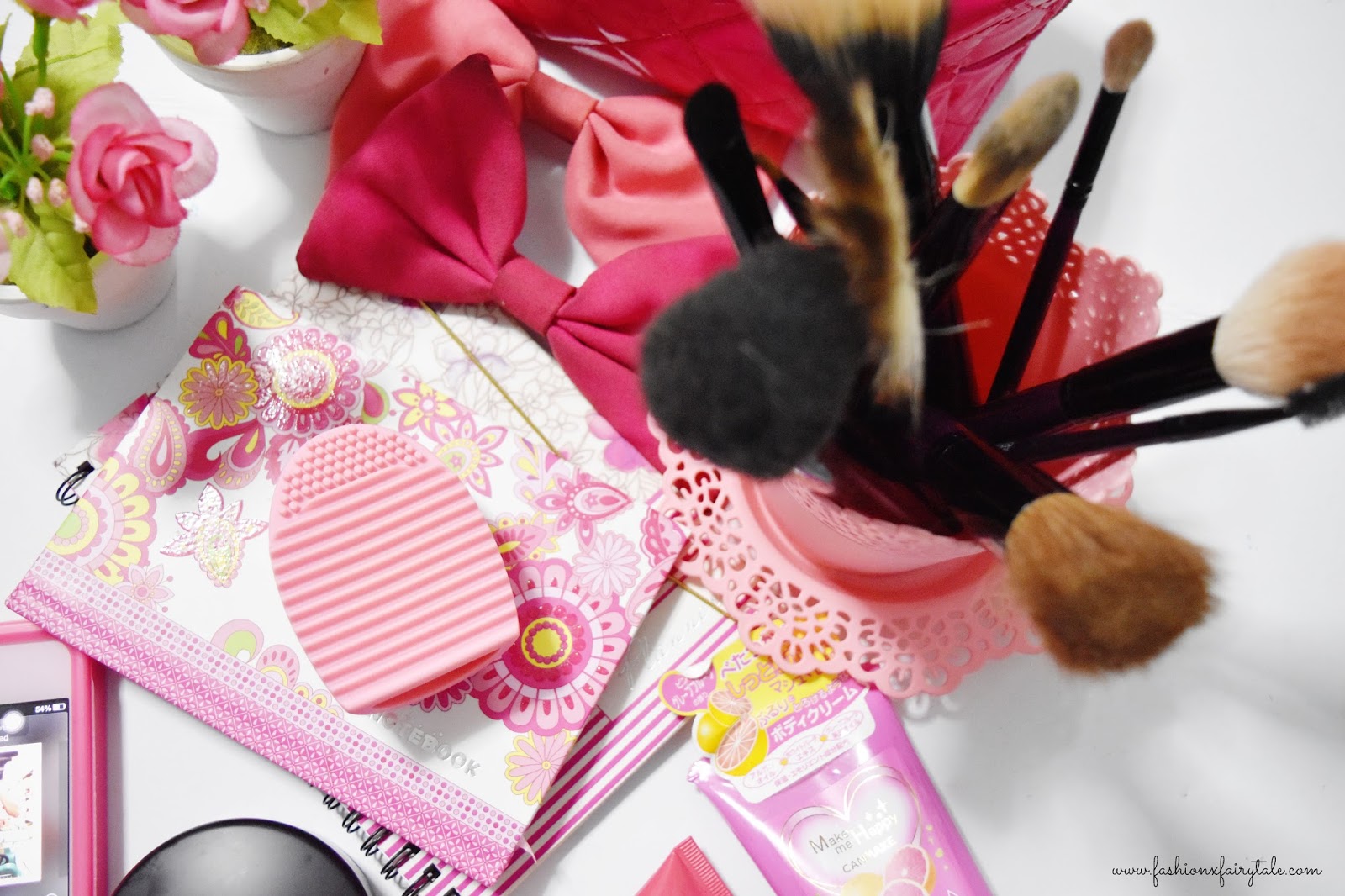 I think this is my favorite thing in my favorites. I purchased a few months back but I lost it and then when I found it again I got so excited and had to wash my makeup brushes and they were needing a good deep clean. So after that I kept doing it and it motivated it to wash them every week. It does help and it is far better than using my hand. I just use this with baby shampoo and rub the brushes on it and I really see them get clean and all the powder and makeup come off so that’s great. That reminds me that I should add washing my makeup brushes to my to do list after writing this. 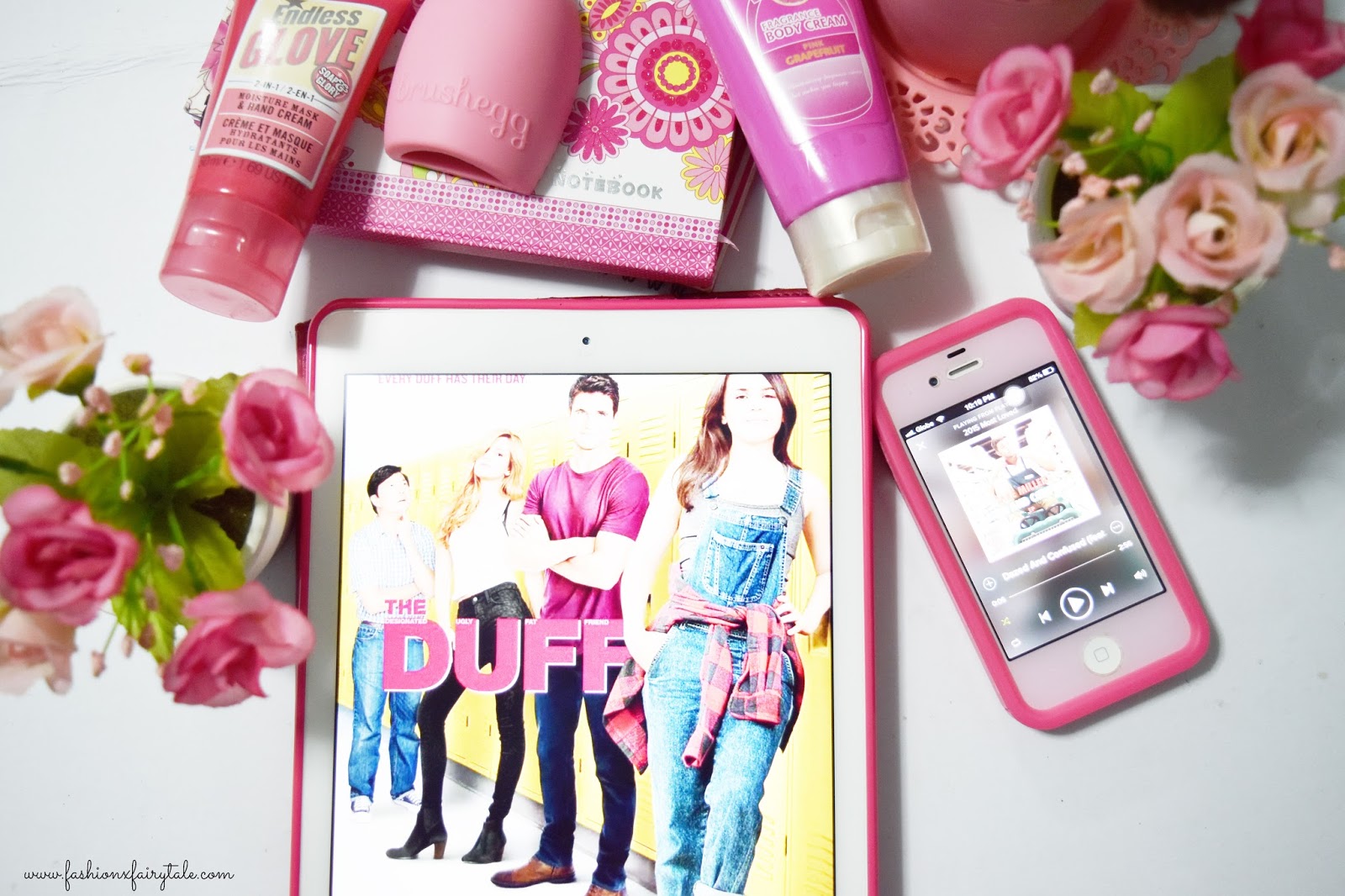 There isn’t a TV Show this month as there isnt any on right now and I have only been watching PLL so that really doesn’t count as it is just a favorite all months. I have been loving instead in June was a book and also its movie. That being The Duff Book & Movie.

Since going to my dance class early and waiting in the lobby this is when I get most my reading done. I had a lot of ebooks on my iPad and I found The Duff on accident and it sounded cool and I could kind of relate to it so I read it first. I think I read it in less than a day since staring it. I couldn’t put it down and it just left me feeling all giggly inside how much I loved Bianca and Wesley an their relationship. When I got back home I told my cousin about it and he said it was a movie not a book so I ended up arguing with him until we both found out it was a book made into a movie. I like reading books first so since I read the book already I watched it. I can say it was different. I liked the book better but the movie was good and though it was different they both had their good and bad points. I don’t want to give anything away for both but if you do end up doing both you will understand me. Other than that really enjoyed both and can I say the guy in the movie was so hot and I stared at him the whole time he was on screen.

It has been on the radio and probably because it is the summer jam right now but I love this song. I just heard it on the radio in the beginning of June while driving down the road and I just started dancing and trying to sing alone when I had no idea what the lyrics were at the time. It is one of those songs that just gets my mood up and I’m sure I’ll be hearing it a lot more. Also the guy who sings this is quite hot and I didn’t know that until I searched the music video and then went on a spree of listening to a lot of his songs and I admit he’s pretty good. I hate to admit that I memorized it and I’m pretty good at the rap too. I love it and it is such a cool song if you haven’t heard it already. That was my late June favorites. I am still getting adjusted with my new camera but I was so excited to get it and try it and what a great post to first try it on. I really went with the pink theme I guess this month which I didn’t intend but I did this real quickly after the battery was charged. Hope you all are having a lovely Monday!

What music artist or beauty product have you discovered recently and loved?