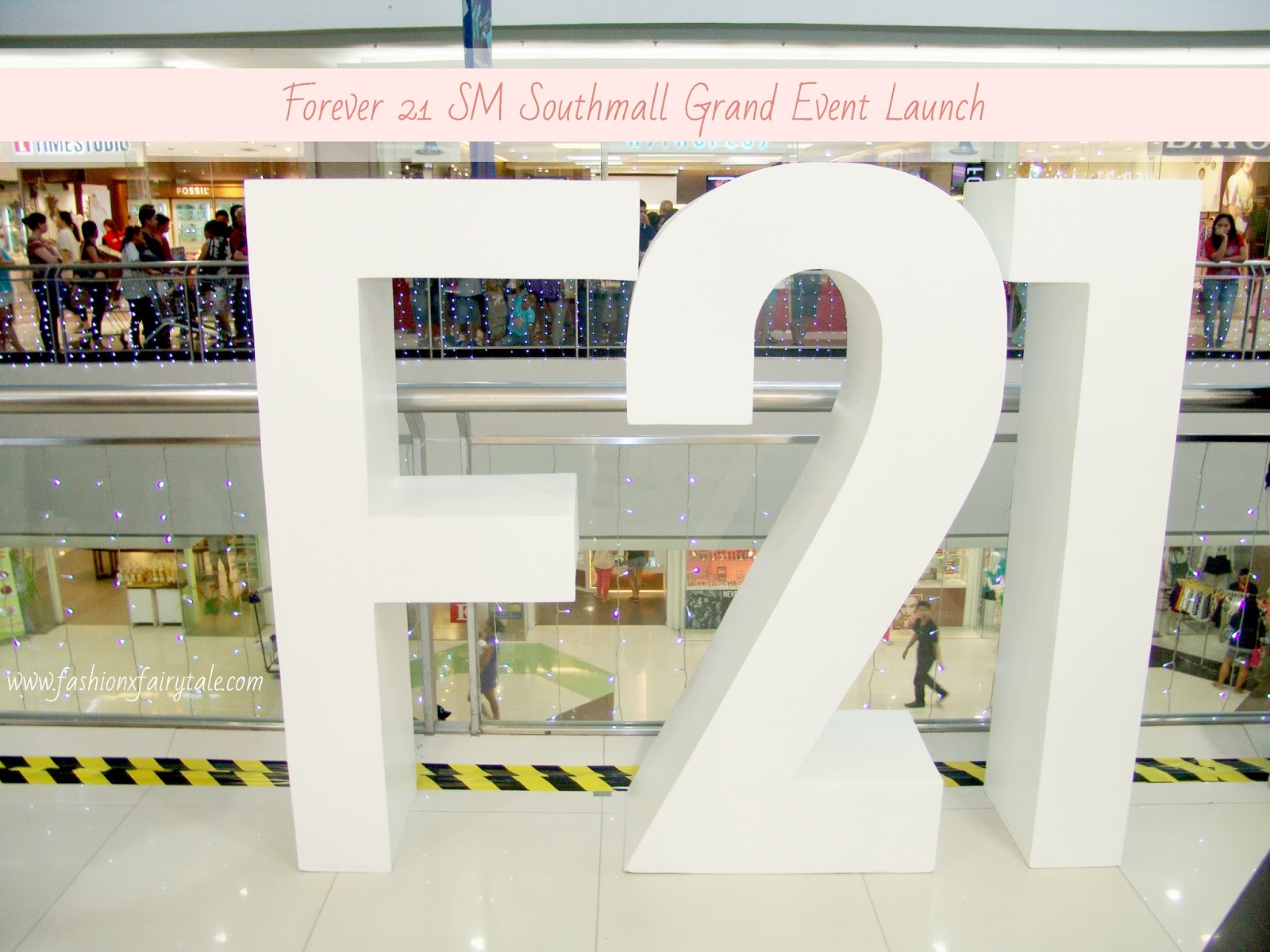 Here is day 9 of Blogmas and this is a special post as it is about the time I went to the grand event launch of Forever 21 in SM Southmall here in the Philippines.

Forever 21 is my all time favorite store and you might have noticed that if you see all my outfit pictures there is always a piece I am wearing from there and sometimes the whole outfit is. I love the store and even when I lived in the US I would shop there quite often and always found clothes I loved. I was so glad that I discovered there are actually branches here in the Philippines but unfortunately they are all far from me and in the city and with the traffic here it is a pain trying to get there sometimes. So when I went to SM Southmall one day to pick some things up I saw that they were building a branch that was close to me. You wouldn’t believe how happy I was finding this out! Now a lot of my favorite stores are coming close to me and that means I don’t have to travel so far to the city to get stuff I want. I mean there is online shopping and I take part of that sometimes but I’m still the kind of girl who loves seeing things in person before buying.

I mostly go to Forever 21 because I am plus size and here in the Philippines it is hard finding clothes that fit me and it is very rare to find something cute in my size and that’s where Forever 21 comes in and does a perfect job of making clothes that fit and are in trend so the ones on the heavier size don’t feel left out and can love fashion as well. I know there might be other stores online and maybe some more I don’t know of but right now F21 has been my go to shop. I like trying on clothes because with my figure I want to see the fit and it is too much of a hassle to get something and have to send it back if it doesn’t fit the way I like. So just to solve that problem F21 has really been a life saver for me. 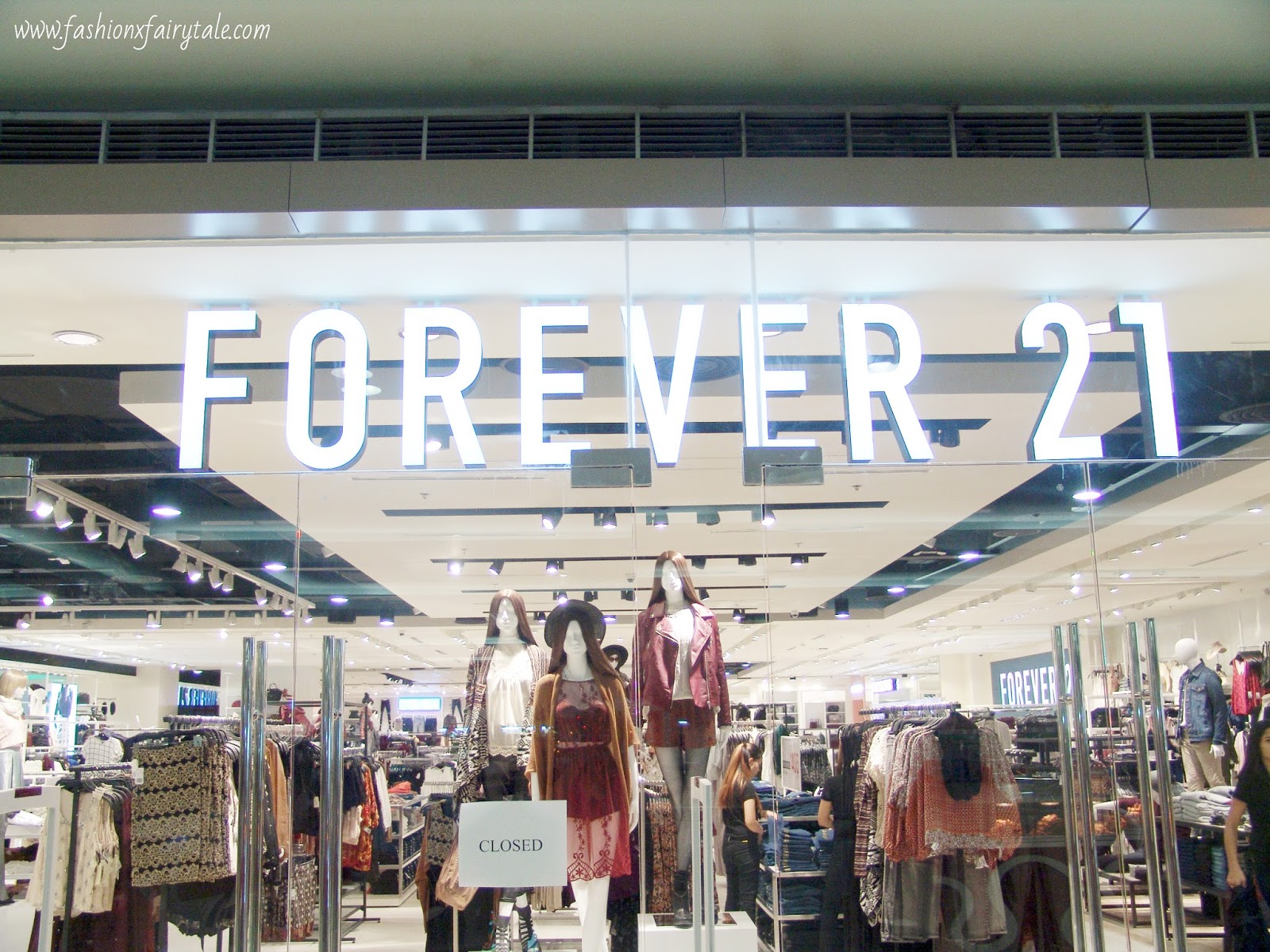 On October 30th, I was able to go to the grand event launch a day before it opened. This is one of the first to open in the south which is not really in the main city and really close to me so very exciting stuff. It’s also one of their 10th branch here to open and I’m glad I don’t have to go any further anymore. I wanted to show you the first glance at the store and could not wait to get in and just look around at all the clothes and stuff waiting inside Forever 21 Southmall plus some fun things I did there like the ribbon cutting, meeting celebrities and shopping. 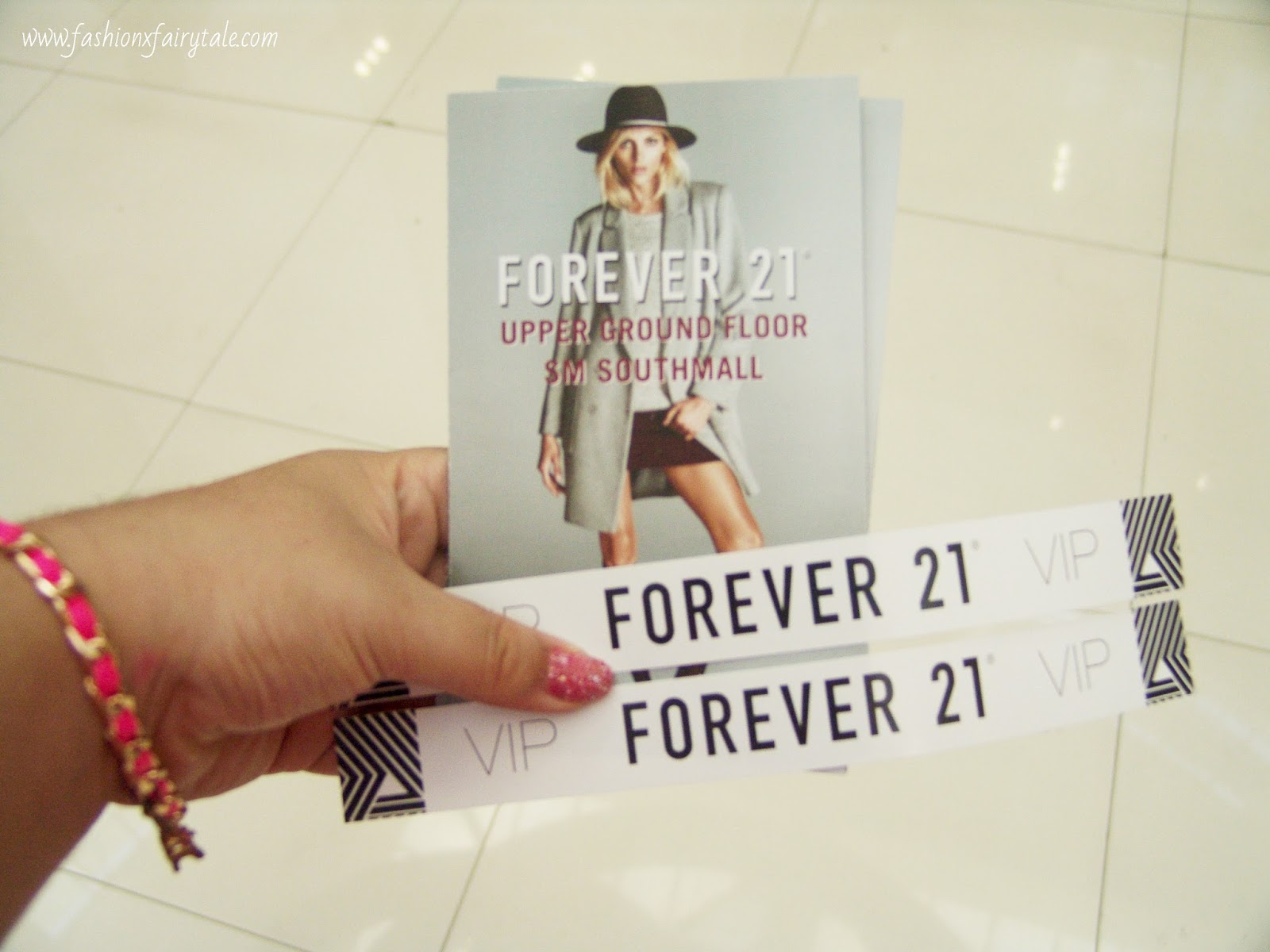 I got invited after emailing them one day how big a fan I was of there clothes and store so they sent me an invite and I got to be a VIP at the event which I tell you was so exciting. Here are my VIP bracelets which I took my aunt with me since my cousin was unable as she was in her hometown at the time and they also gave some discounts as well for the shopping experience about to take place which was very nice of them. 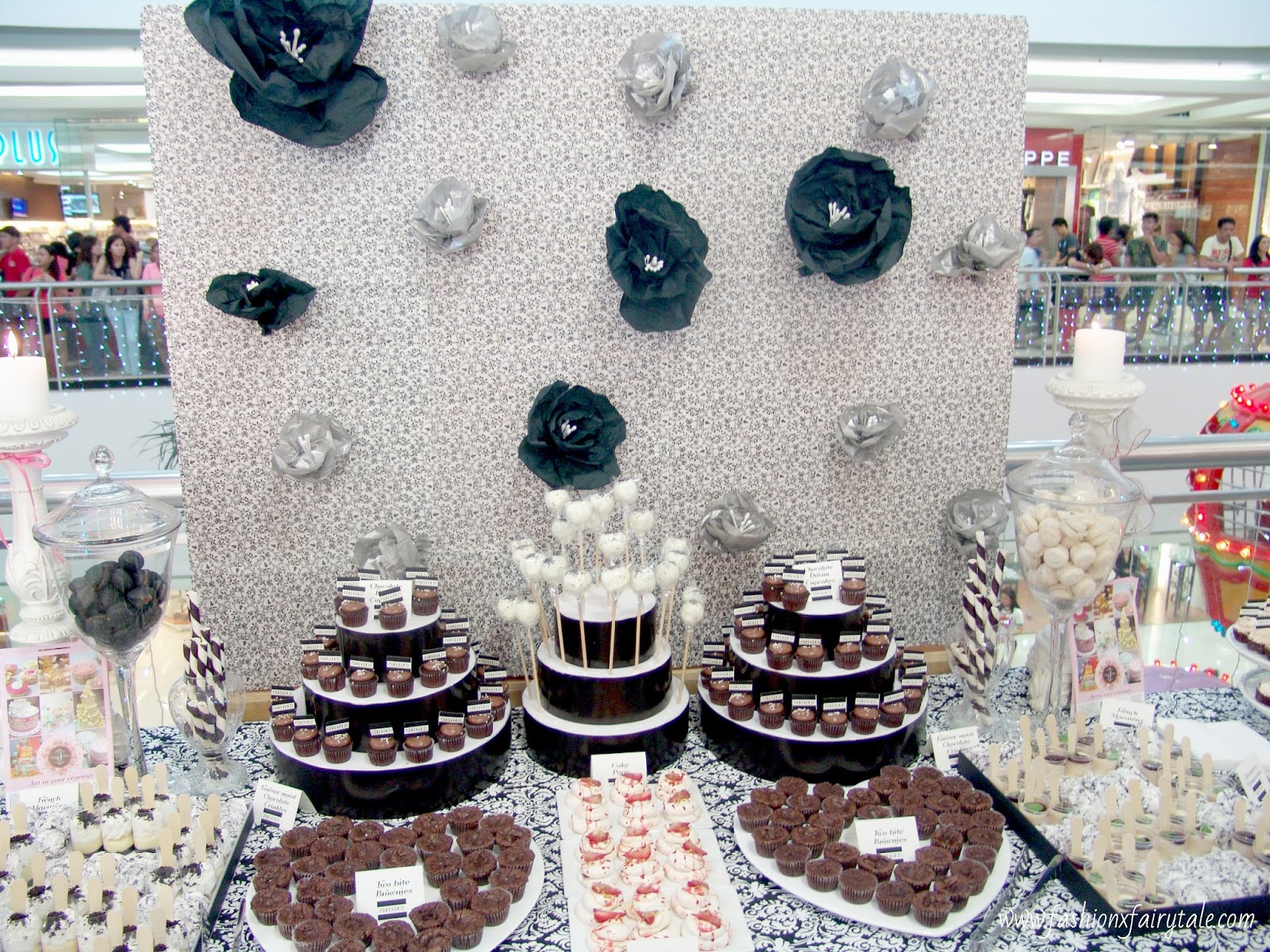 At the event they had a few refreshments and snacks so they had a lovely display of desserts which I tell you were quite amazing and some finger foods. They were all very good and so yummy that I even took a cake pop home with me. 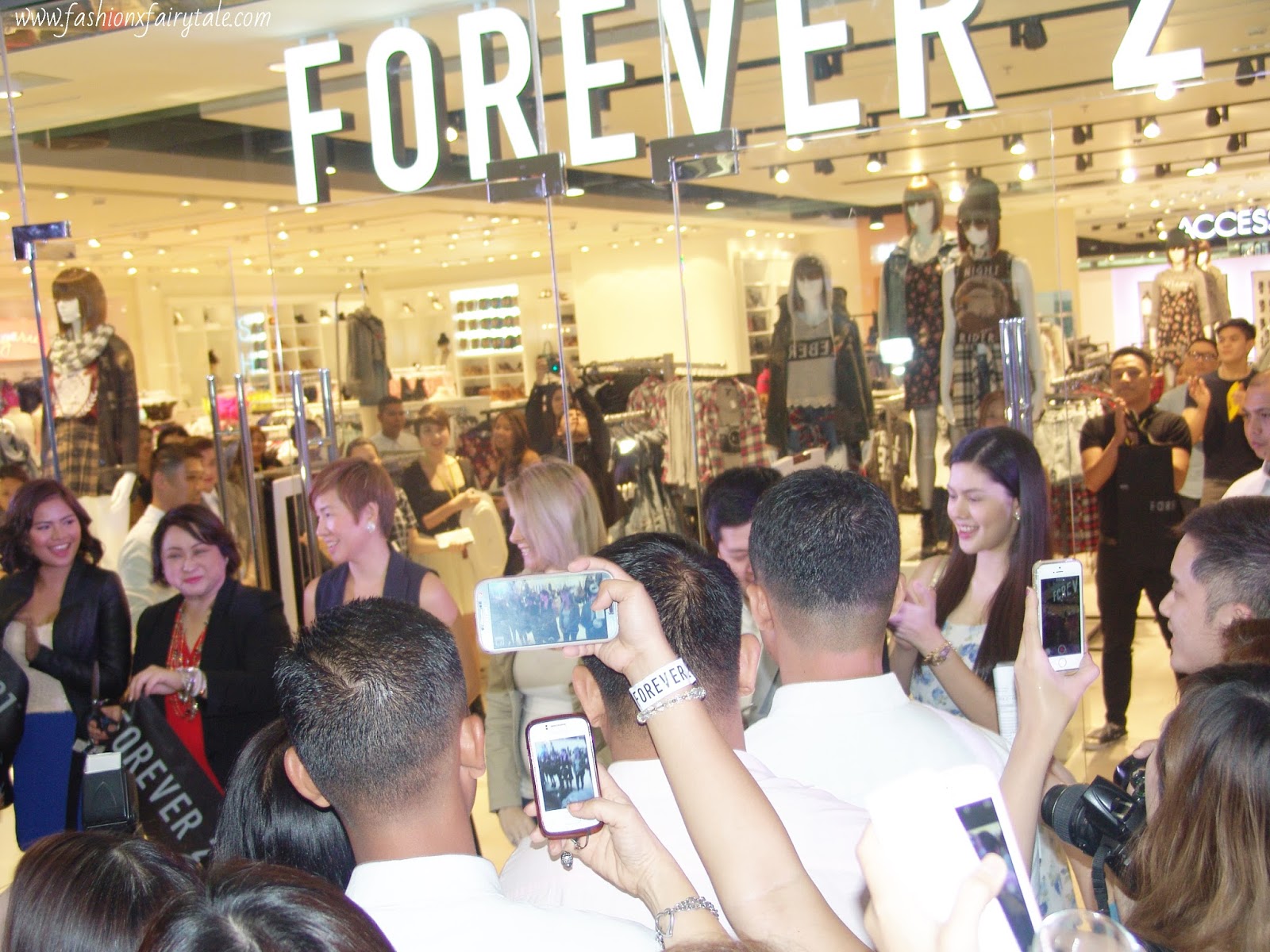 So of course to start of the event and to actually open the store they had a ribbon cutting and invited some celebrities. I was fortunate to meet some and I got to take a picture with them down below. This was the first time I experienced that and thought it was so amazing. They gave us a glass of champagne so we could toast the opening and that was the first time I did something like this. It was amazing and I couldn’t describe the feeling of being there. I can definitely cross that off of my bucket list as it was so amazing and I will never forget the experience. The picture wasn’t really that good but I was smashed to the back and with me being quite tall I could see it but couldn’t get a clear picture. 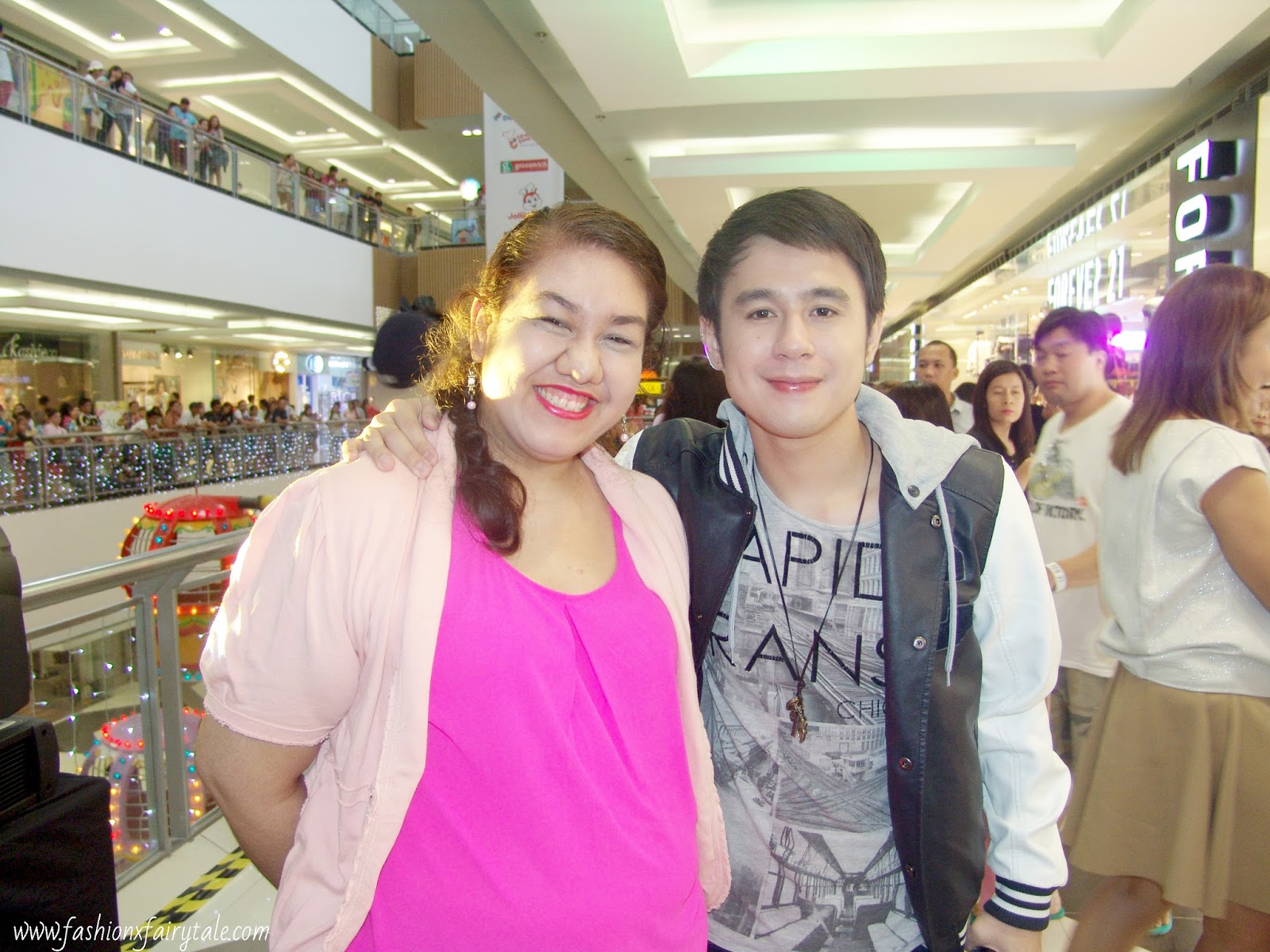 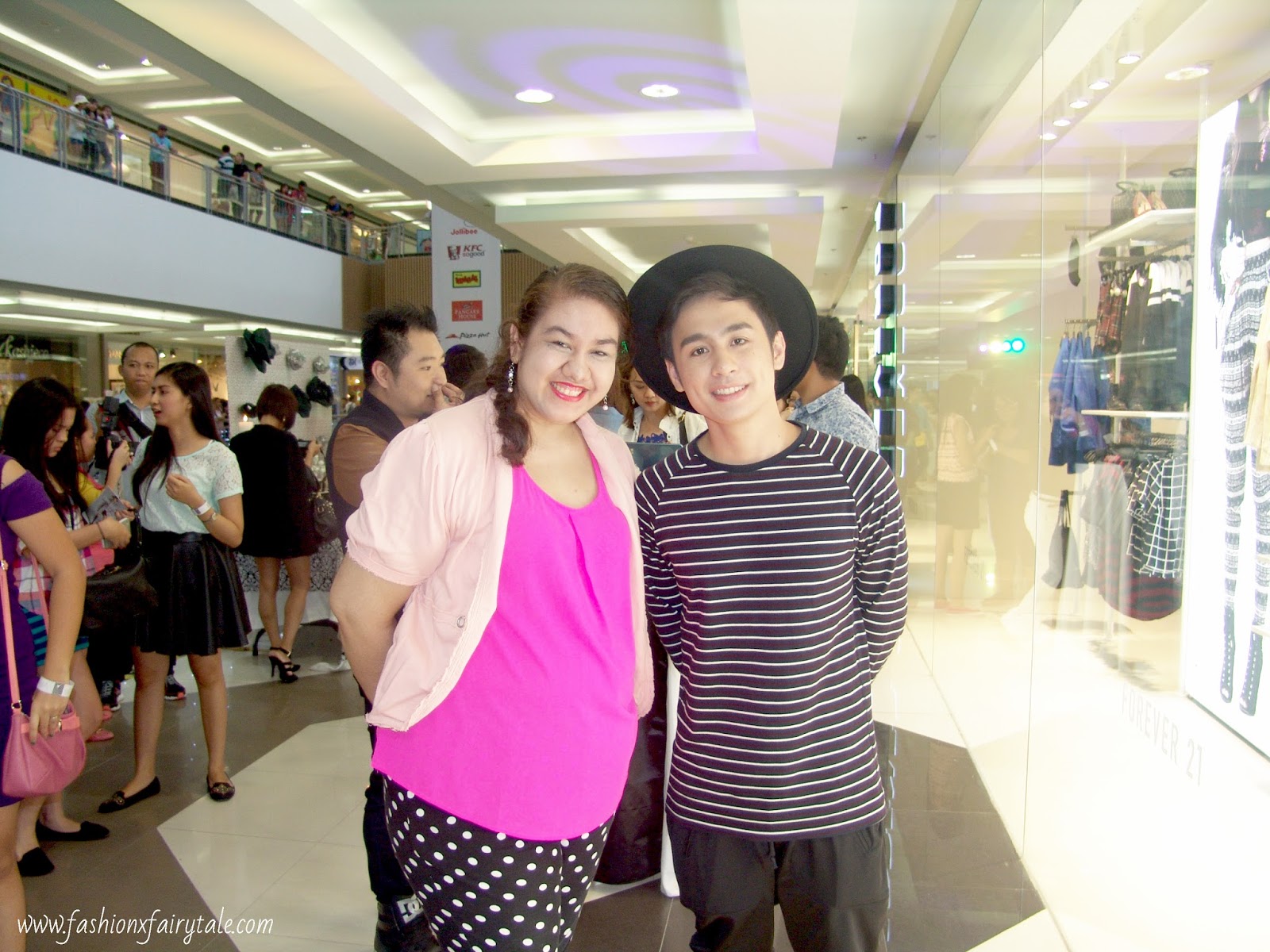 This has got to be a highlight of the day for me that day. So my aunt and cousin watch Pinoy BIG Brother which is Big Brother but the Philippine edition. I watched it before but they got me hooked and we would all watch it together every night. I was grabbing some snacks at the refreshment area and turn around to see these two guys getting crowded but they looked familiar but I just didn’t really know. My aunt started fangirling. I didn’t but she did and when she told me who they were we both freaked out a little but she was so into them and was so happy meeting them. I’m glad I took her because she was so over the moon meeting them. I got a picture with Fourth (above) and Fifth (below) and they were both so sweet and took a picture with me. I never in a million years would have thought I would be meeting them after watching them everyday on TV. It was a very surreal moment! 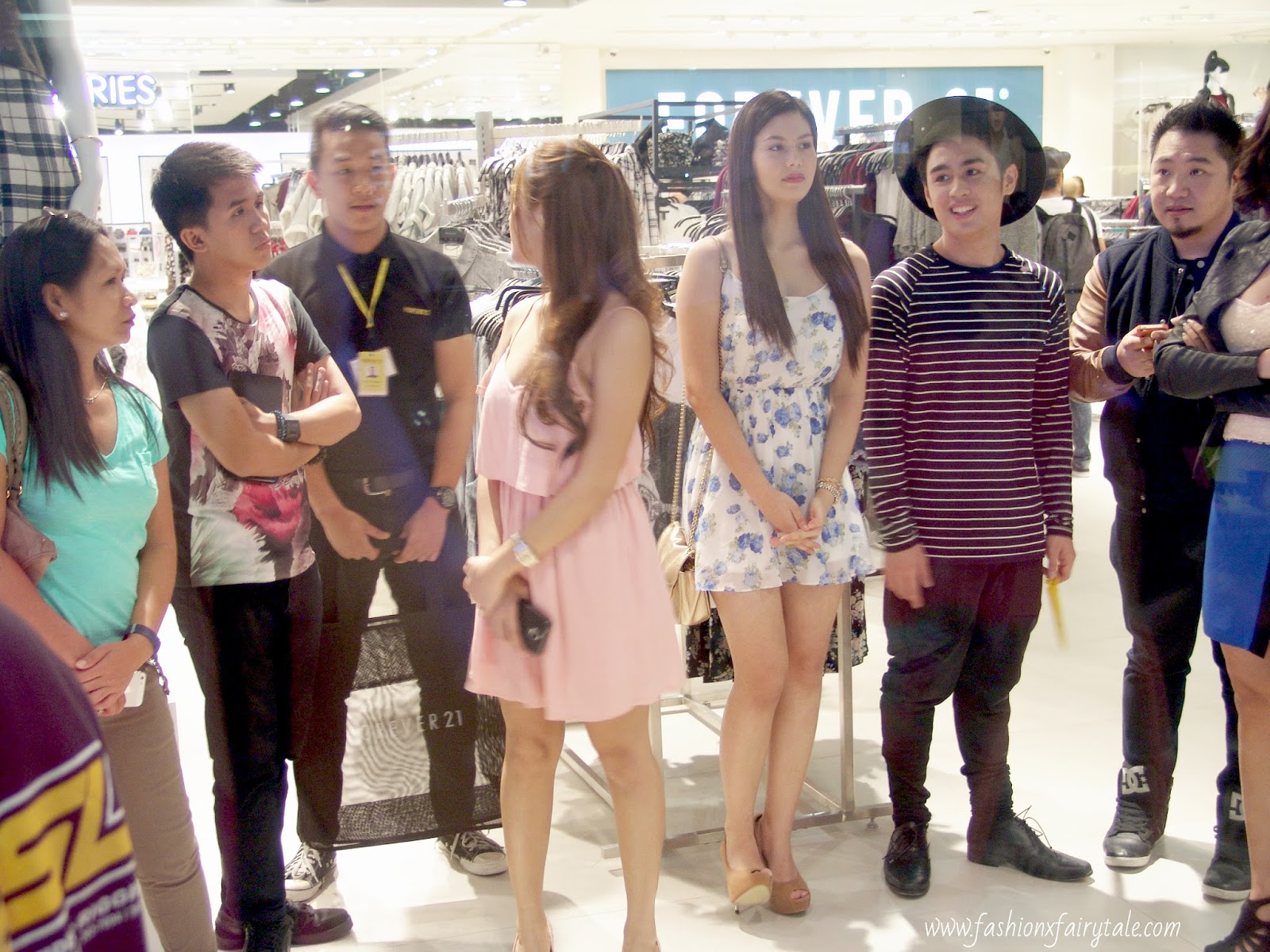 As I said F21 invited some celebrities to the grand opening and the sad thing is I didn’t know many of them because I’m not that into it and annoyed my aunt asking her who they were and eventually see gave up and didn’t answer my questions. I don’t know their names but I do know one who is Vickie Rushton as she was on Pinoy Big Brother as well as the twins (who are pictured above) and she was absolutely beautiful in person and really nice but too bad I didn’t get a picture with her as so many people were besides her.

I didn’t get many pictures inside as I did some shopping but I did take a few. Now a sneak peek inside the store. 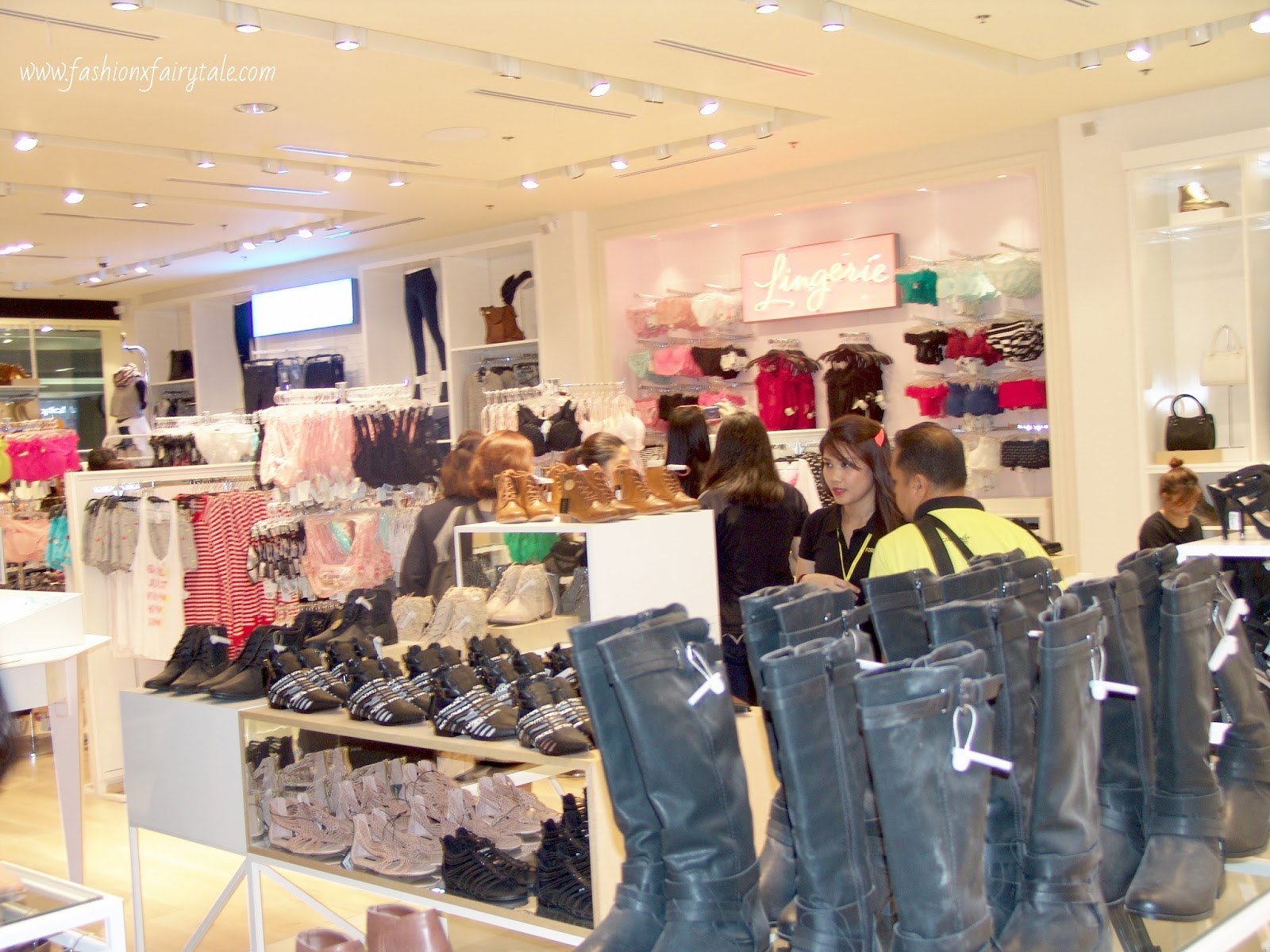 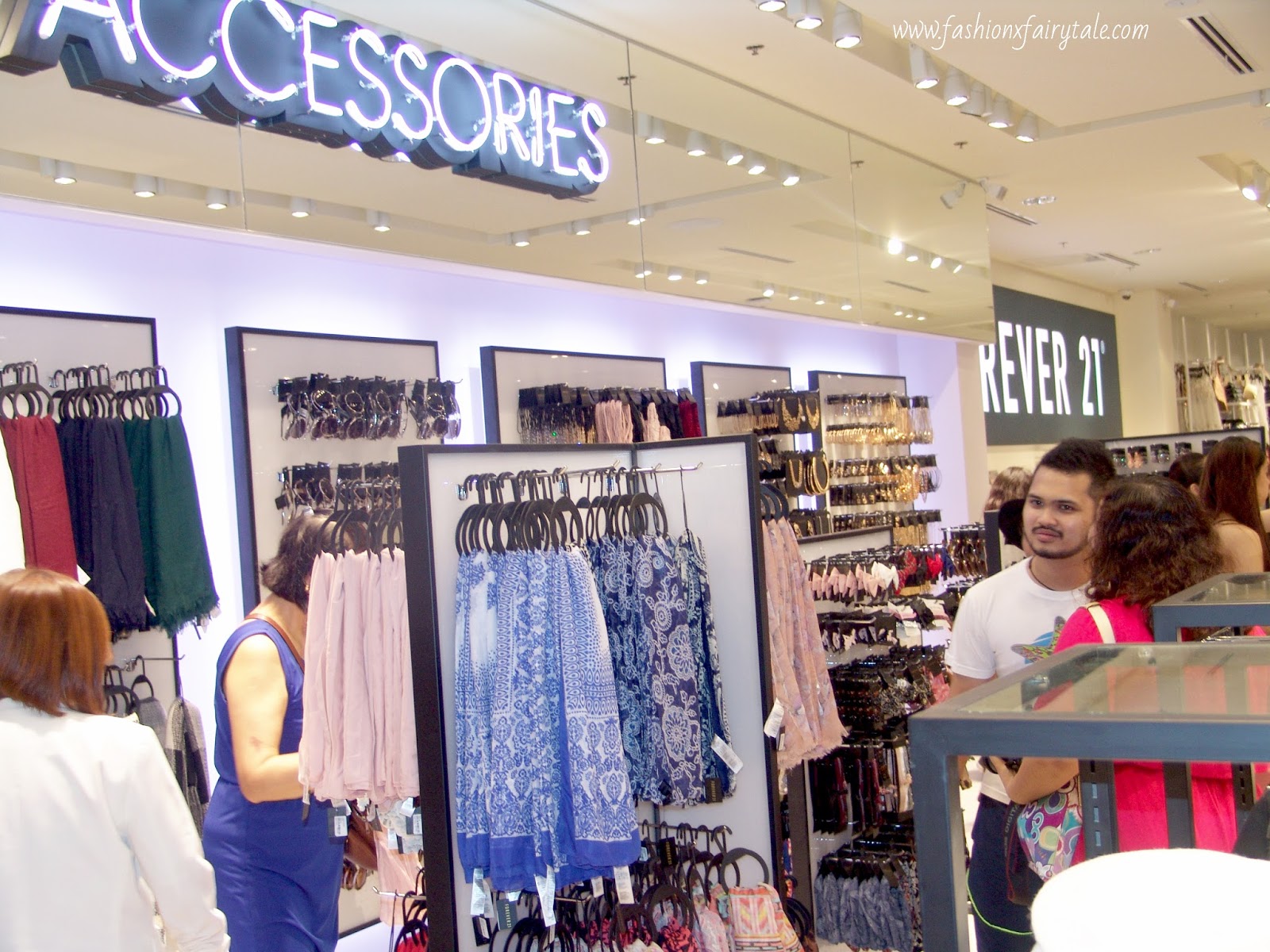 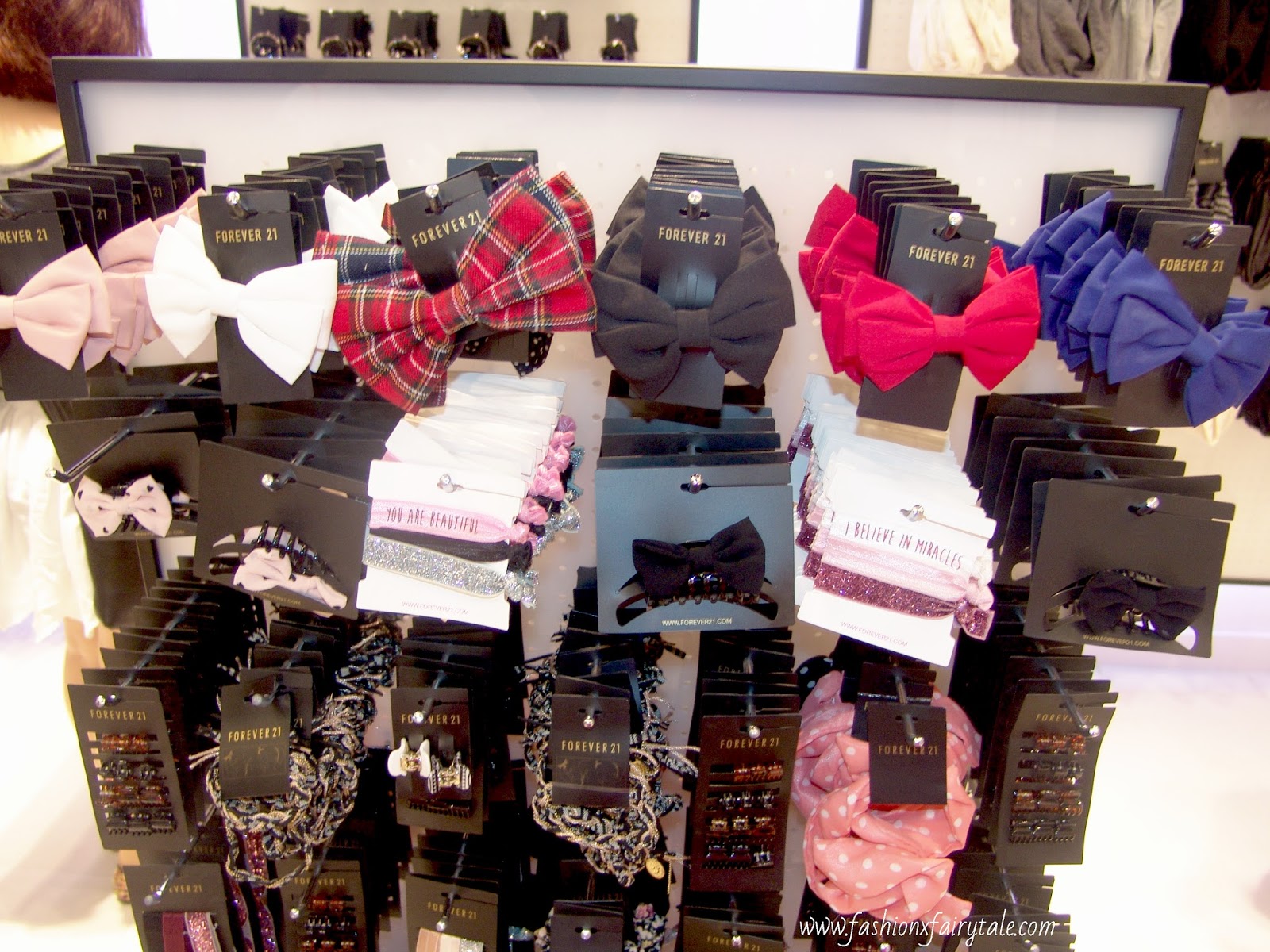 So many pretty things and a lot of space. It is a pretty big store and had so many things there. It was pretty crowded but not too crowded as it wasn’t opening yet and just the invited guests as well. 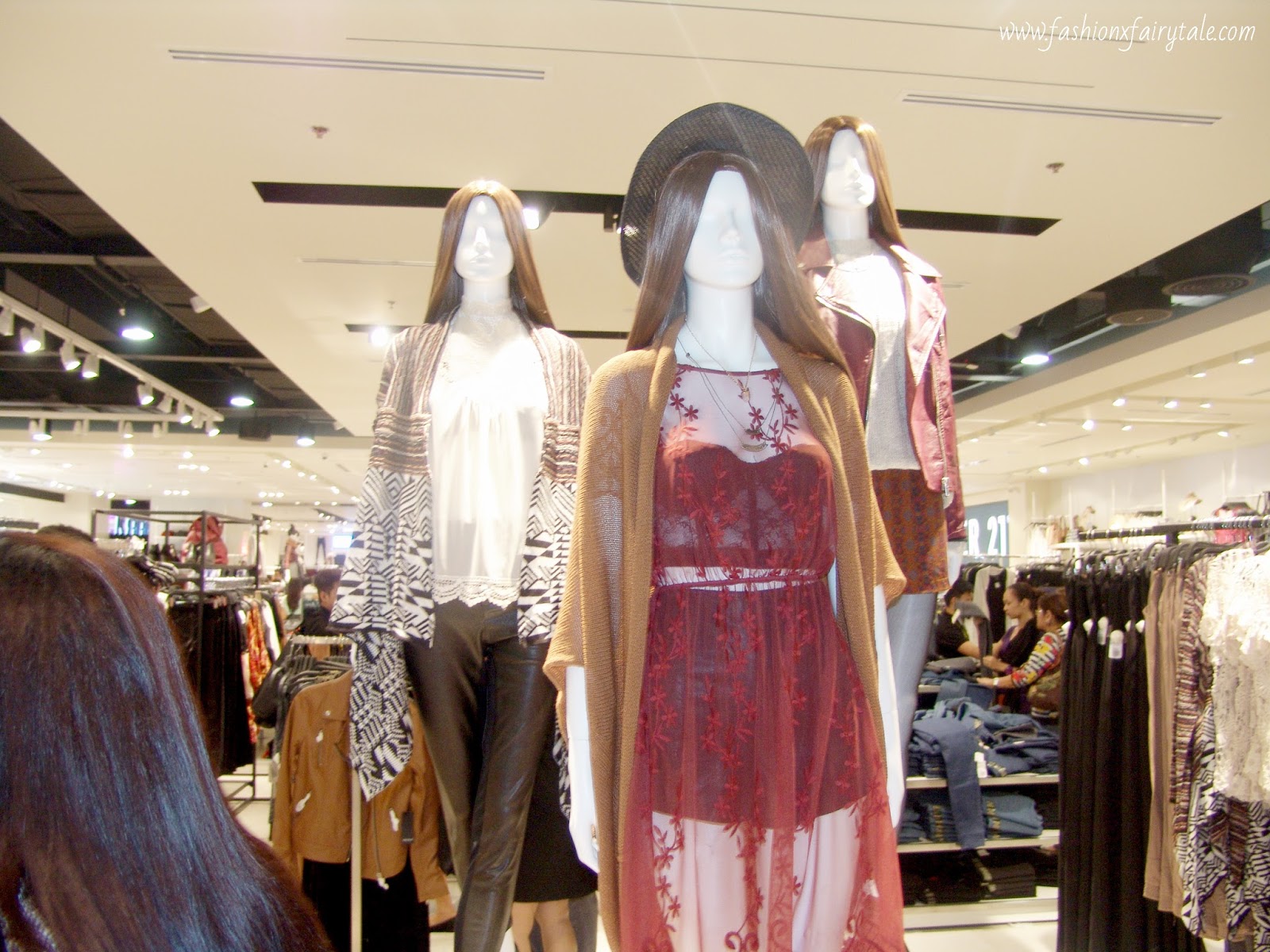 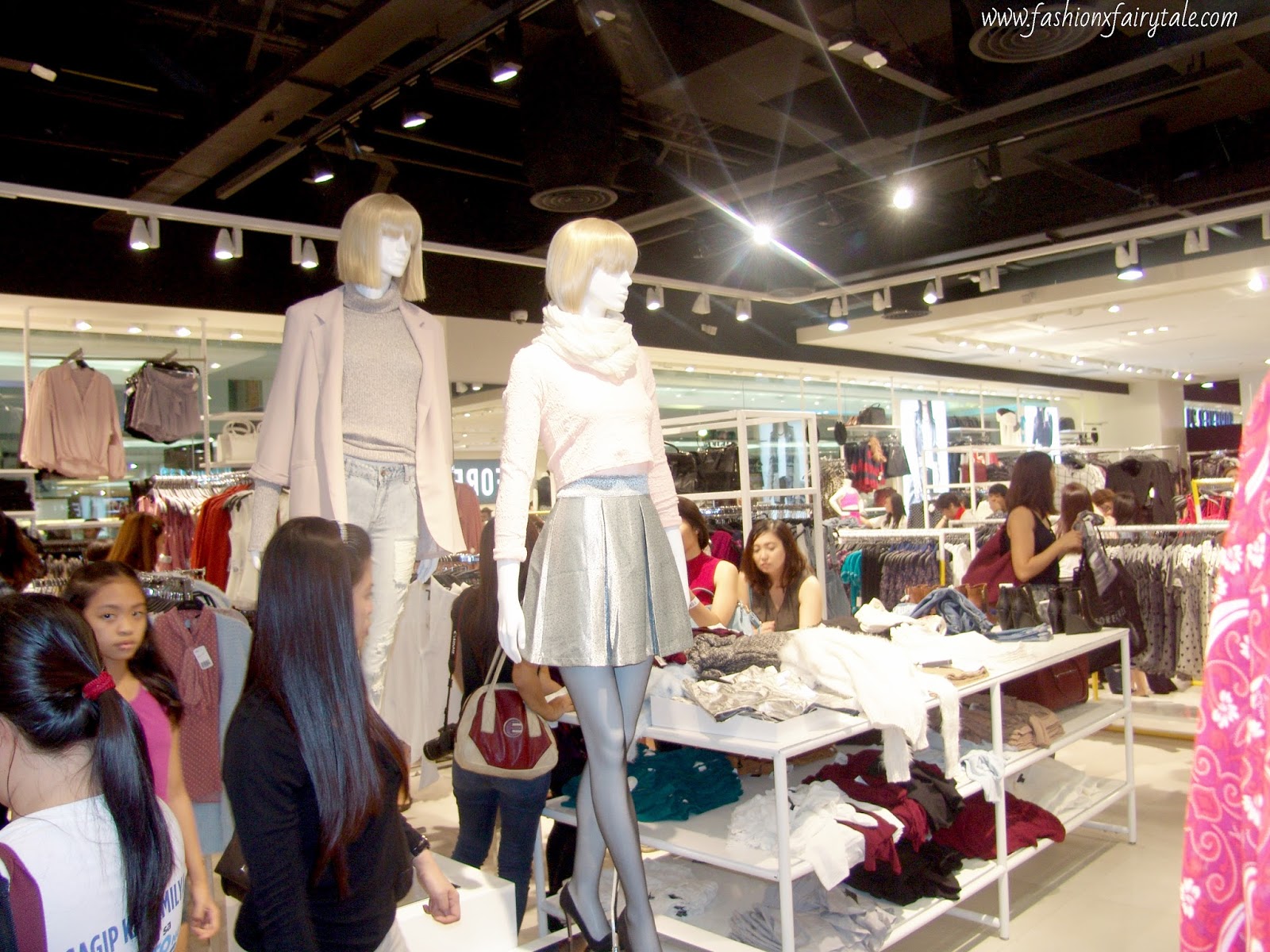 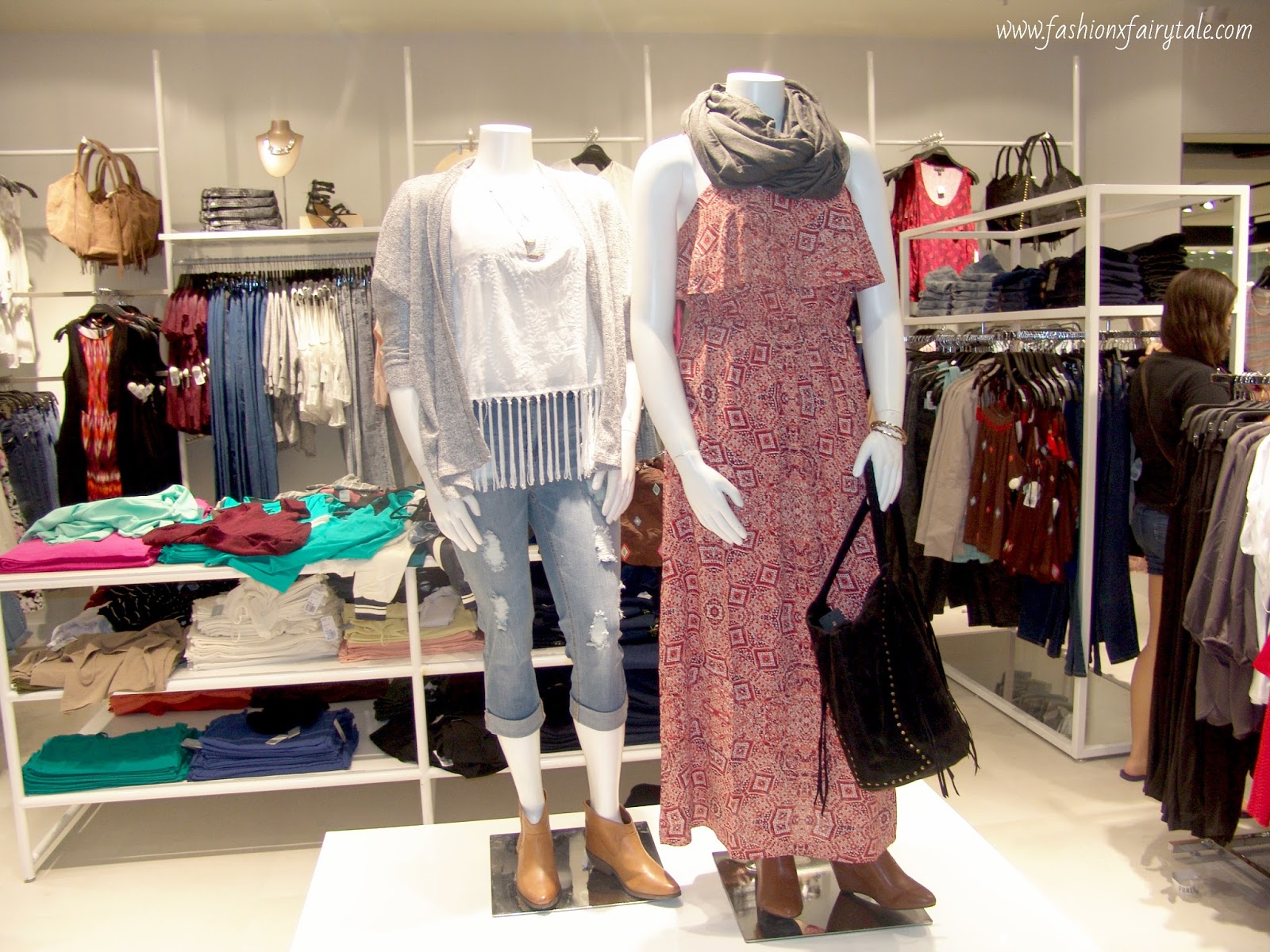 I took some pictures of the display as I do love the styling of mannequins and since I am taking fashion styling it is key for me to take note. 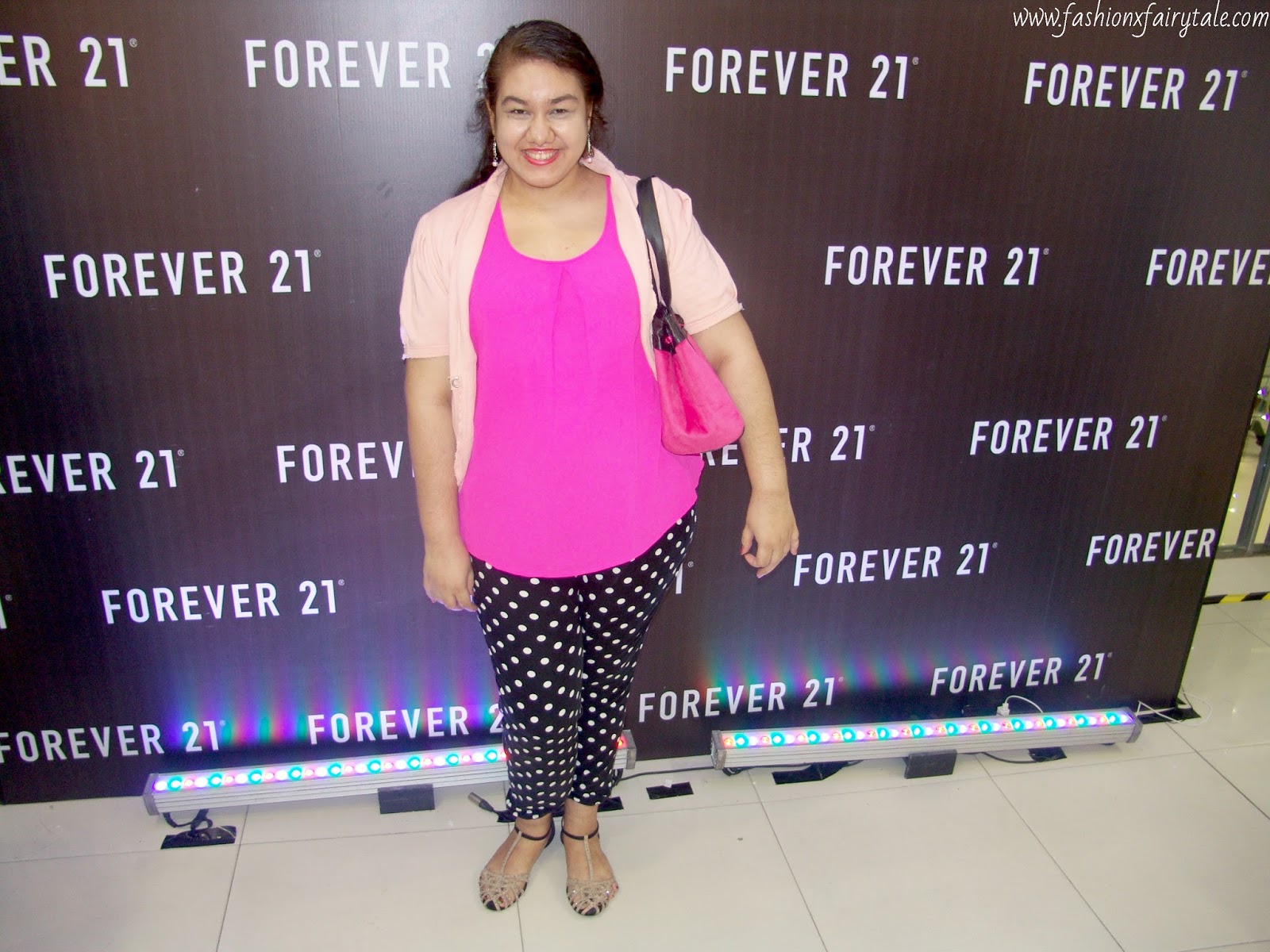 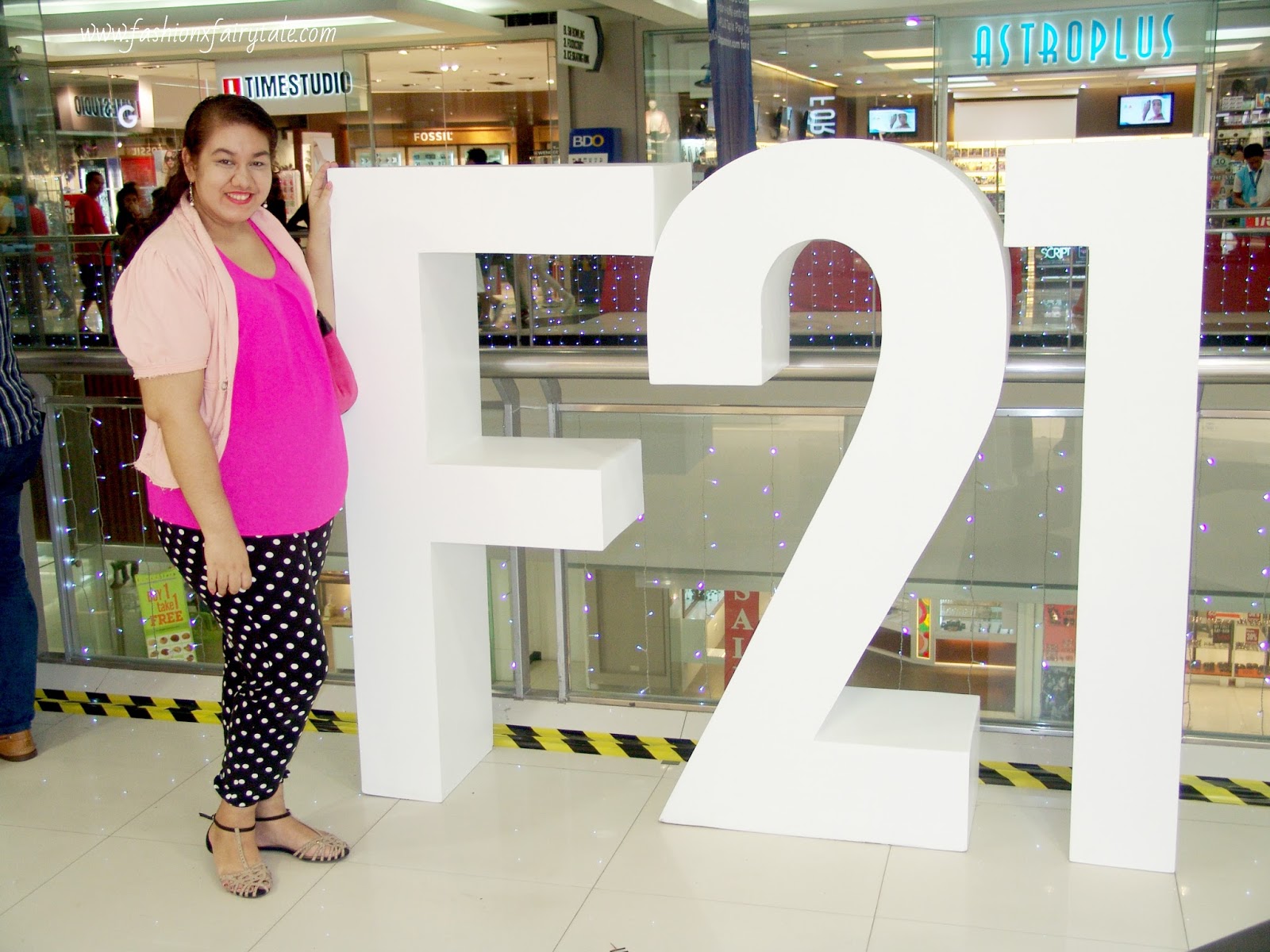 That was my experience and such a great one. Here is a sneak peek of my outfit as well which is going up tomorrow so get there details there. It has been such an experience and I thank my blog for giving me this opportunity because I get to be invited for events like this and I never knew I could. It was also my parents anniversary that day so they met up with us and we had dinner afterwards which was another great experience to end the day.

Forever 21 Southmall is located at the Upper Ground Floor, across from Uniqlo and Watsons. Here is their Facebook page Forever 21 Facebook for more updates and maybe they might be opening a branch close to you.

That has been Blogmas day 9 and an exciting one I hope. Tomorrow’s Blogmas will be the outfit I wore so see you tomorrow for that!

What store opening would you love to go to?