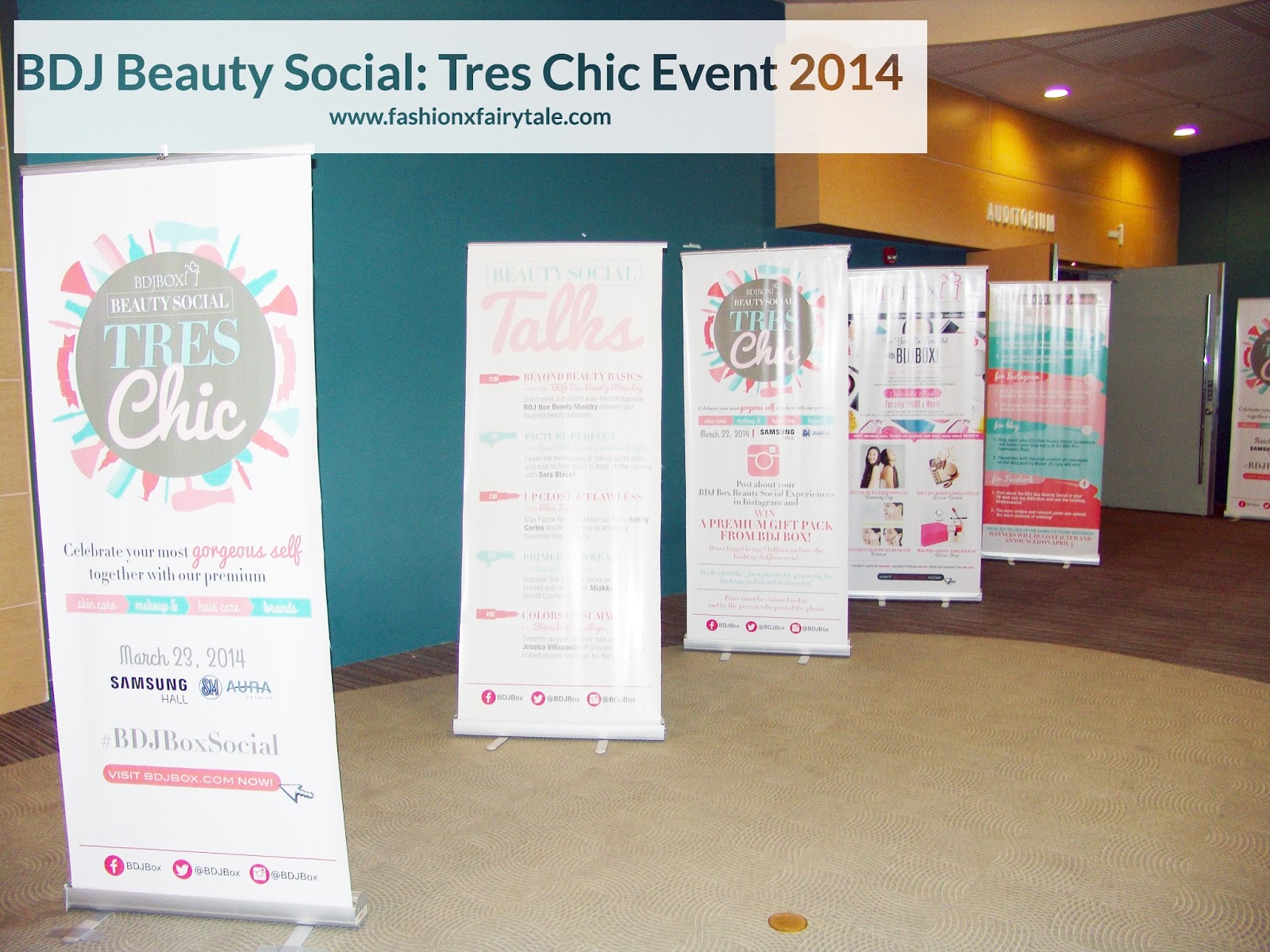 BDJ Box is the country’s leading beauty box subscription and beauty network which brings bloggers to their site to buy products from their online store, collect points from their site, and post your blog post, pictures and videos to bring one another together. I have been finishing some local bloggers and have been loving getting to know the Philippine beauty and fashion bloggers to add to my daily reads. They have interesting contest and events like this to join which is another plus of what they do.

The event was held at the Samsung Hall in SM Aura and was in the auditorium. The venue was nice and pretty big and for me perfect to be held in as it was the right size for all the booths and the stage area where the talks were held. It was also my first time there and the mall is fairly brand new so after the event we got to go around and go shopping. Everything was so modern and had 6 stories which is one of the bigger malls I went to in the city and trust me there are a lot of huge malls in Manila and in the surrounding area around there. 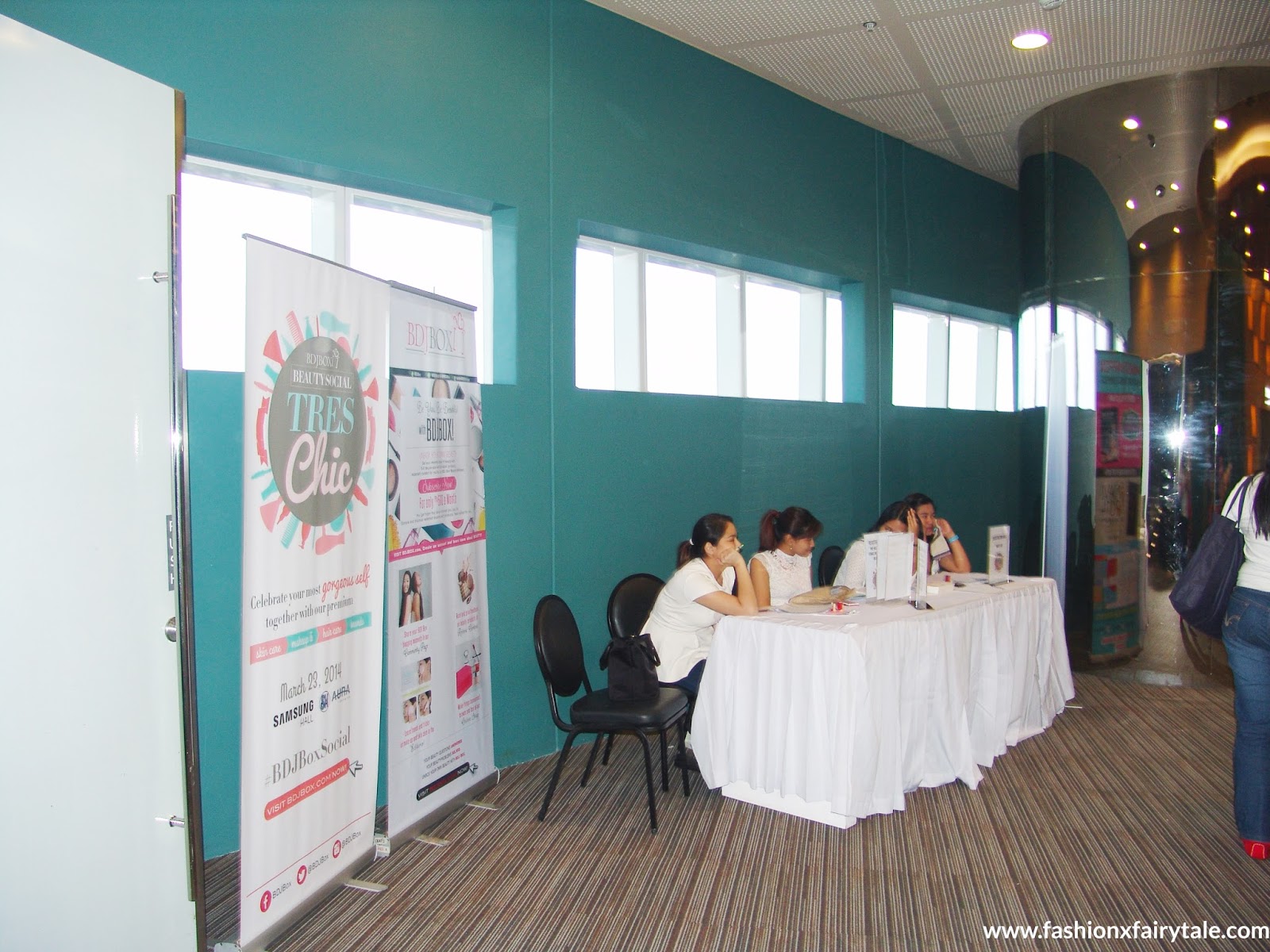 When you first get there you are greeted by the lovely BDJ ladies who are there to entertain you if you registered before hand or are just walking in and attending the event. I was pre-registered and I also took my cousin and her husband and her 6 month old baby and also her mother in law which is my aunt. Only the two of us attended the event and the rest went around the mall. It as kind of confusing because I registered two times as my cousin forgot her email so I used mine. After we went to lunch and came back I showed them the email and they got it sorted and found the name so we got two exclusive invites like I thought. When we got there we took a glimpse around and then went to a few booths before actually going to lunch. 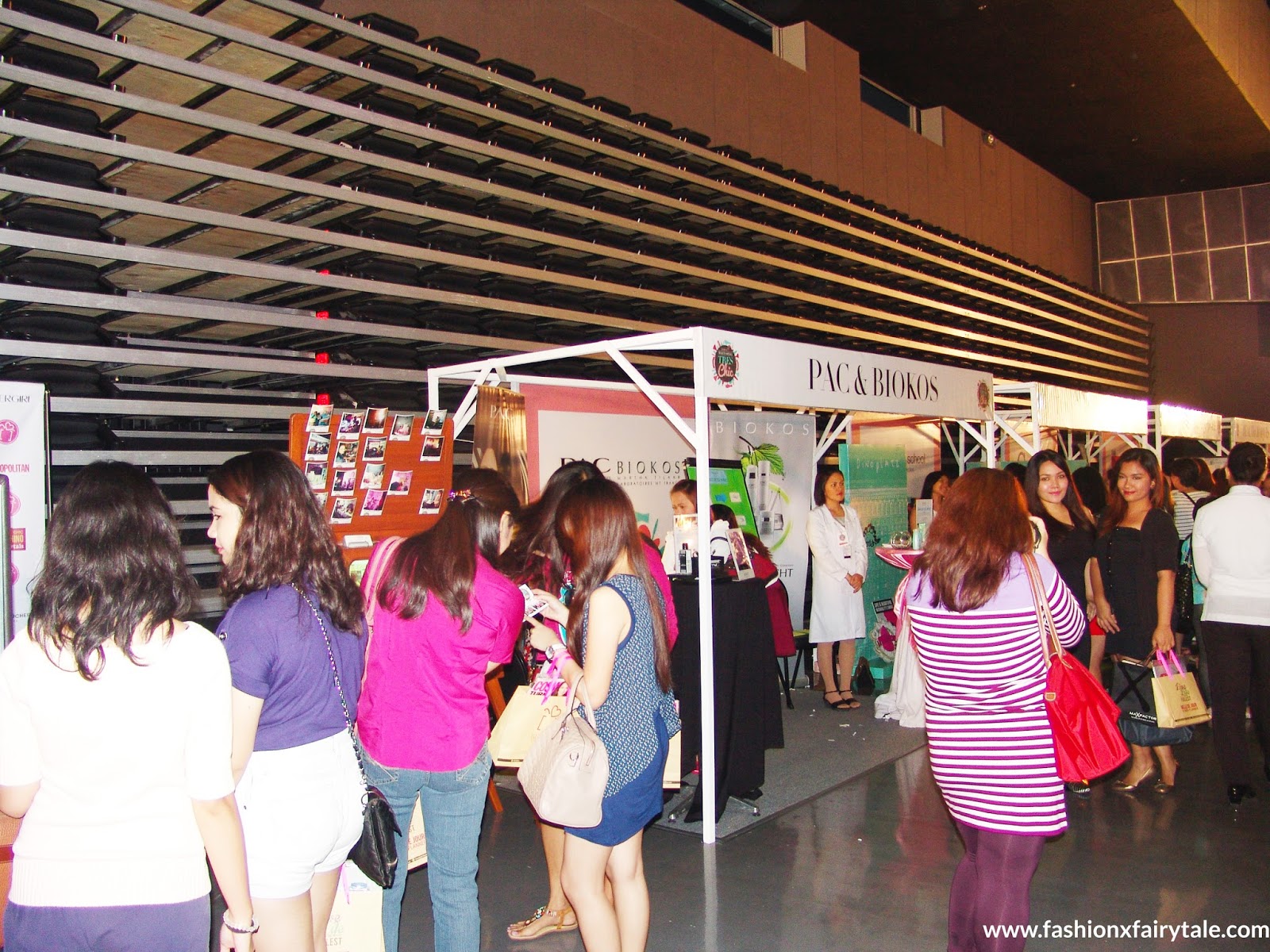 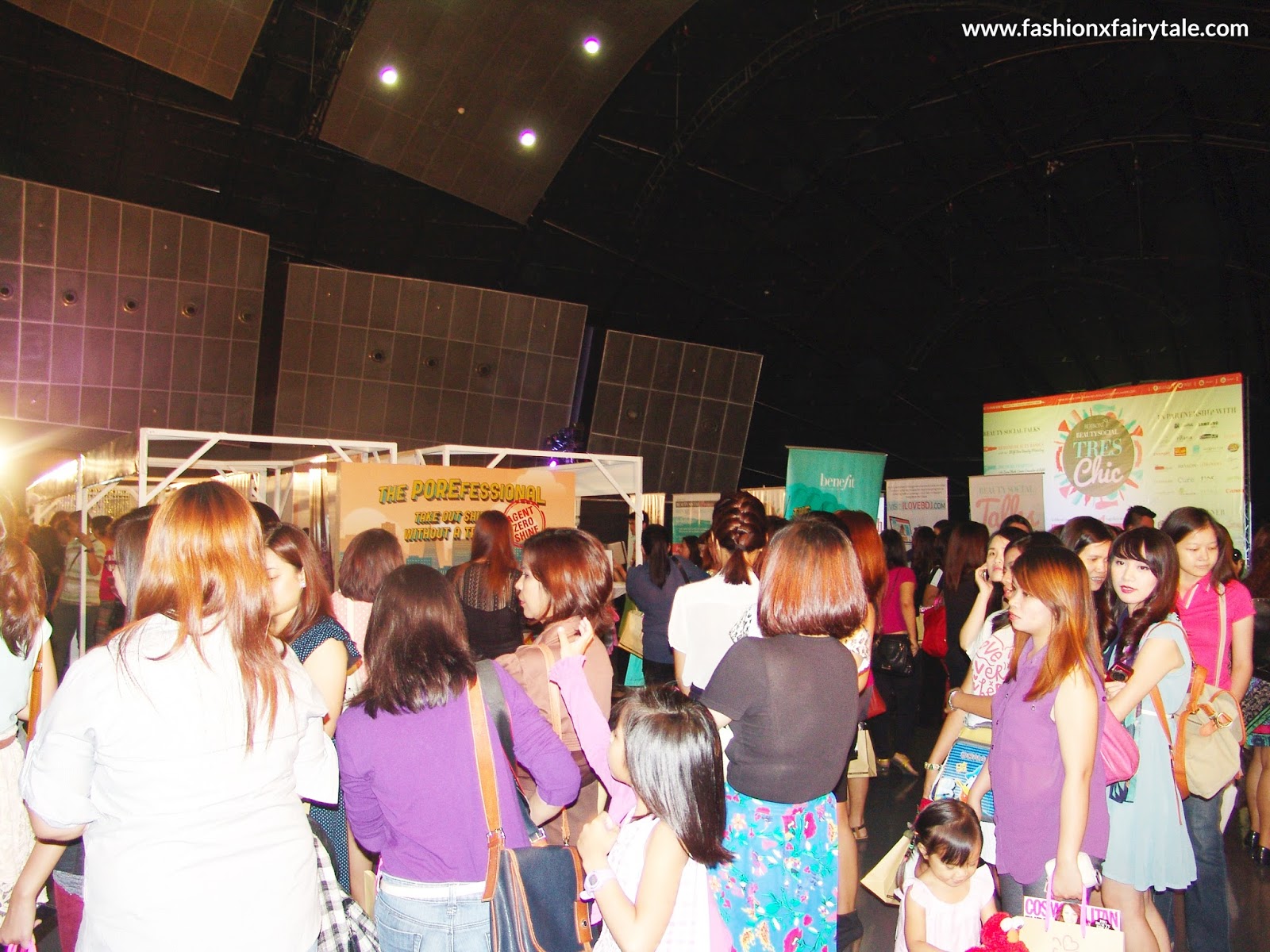 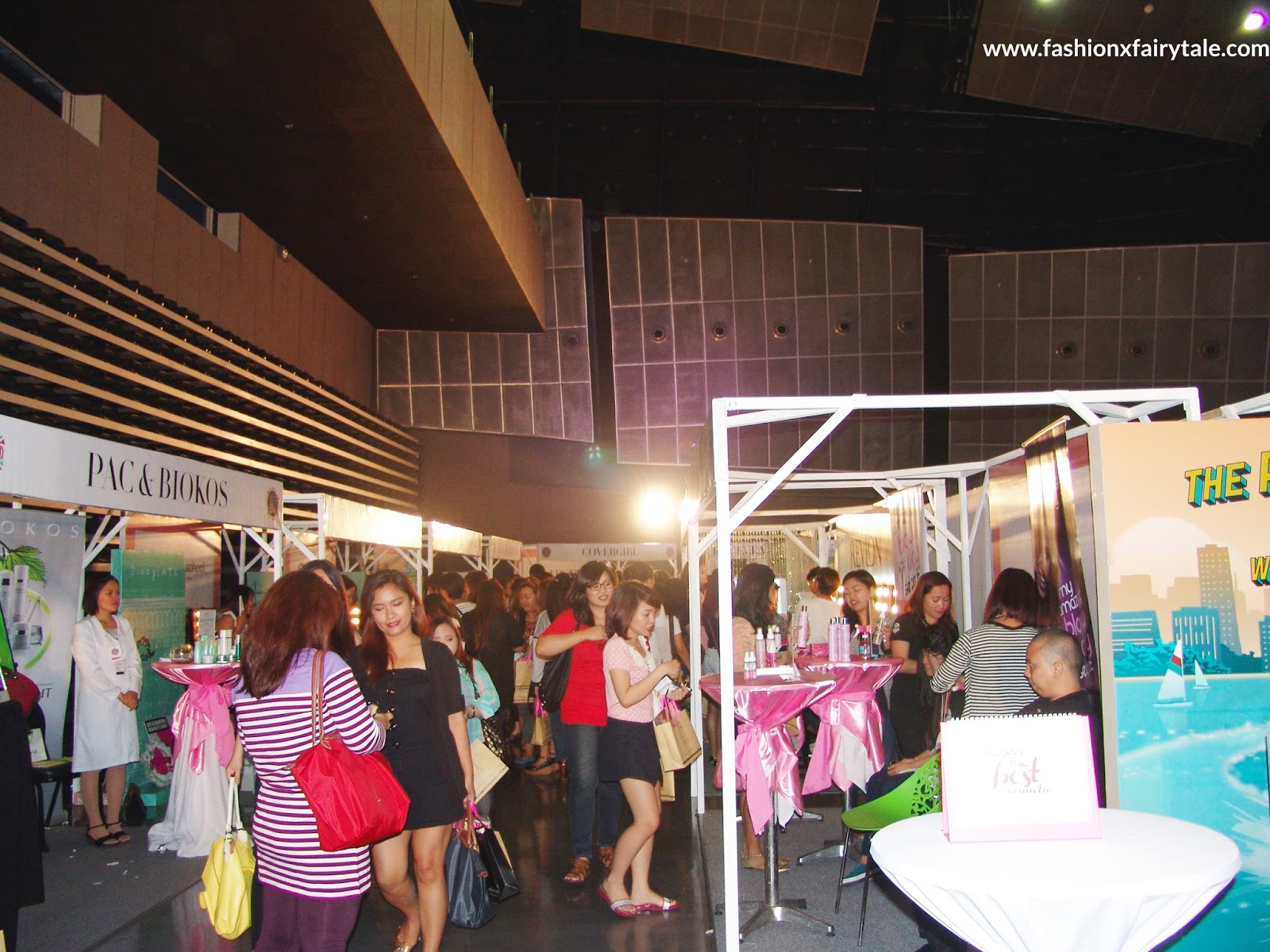 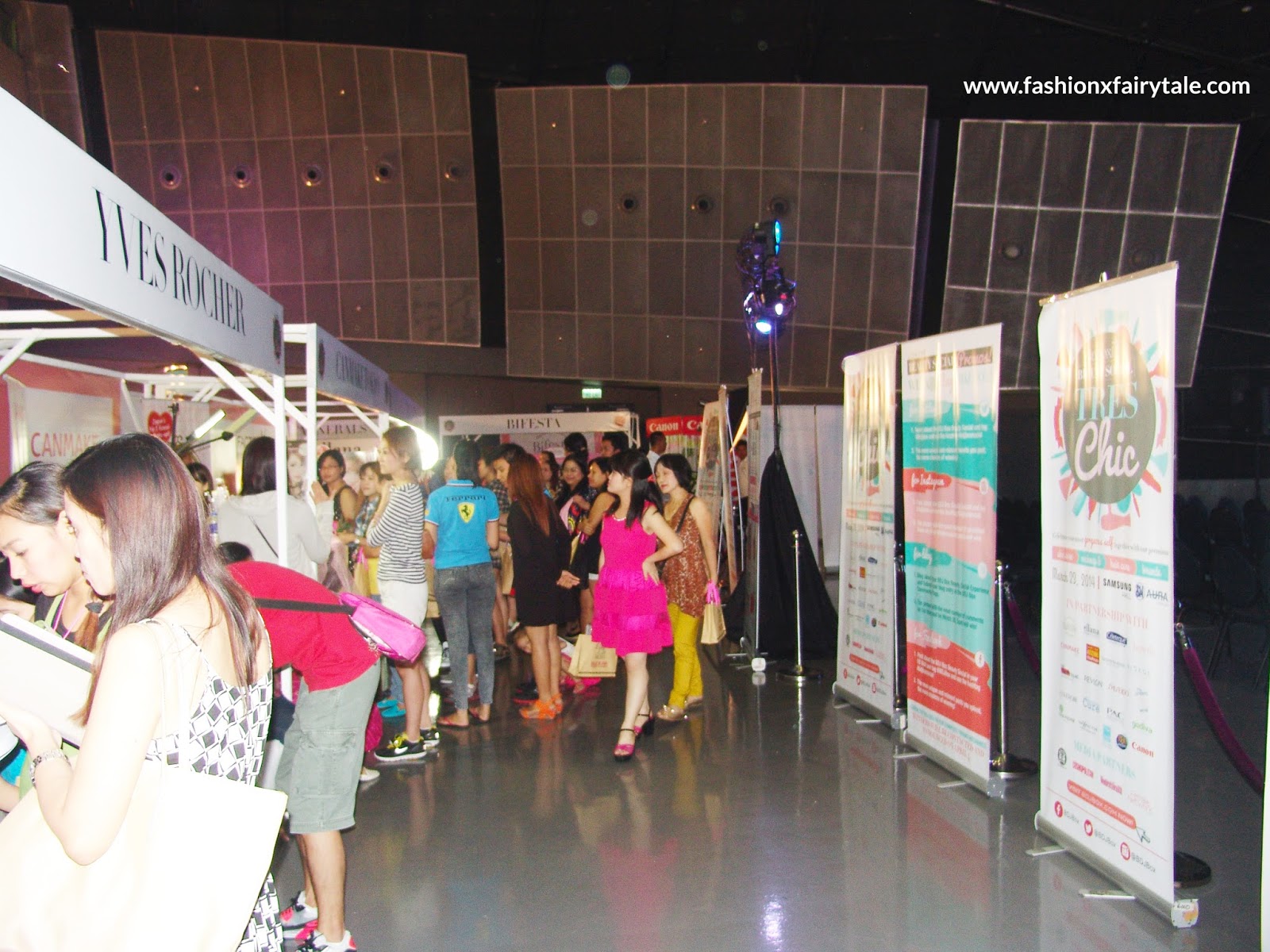 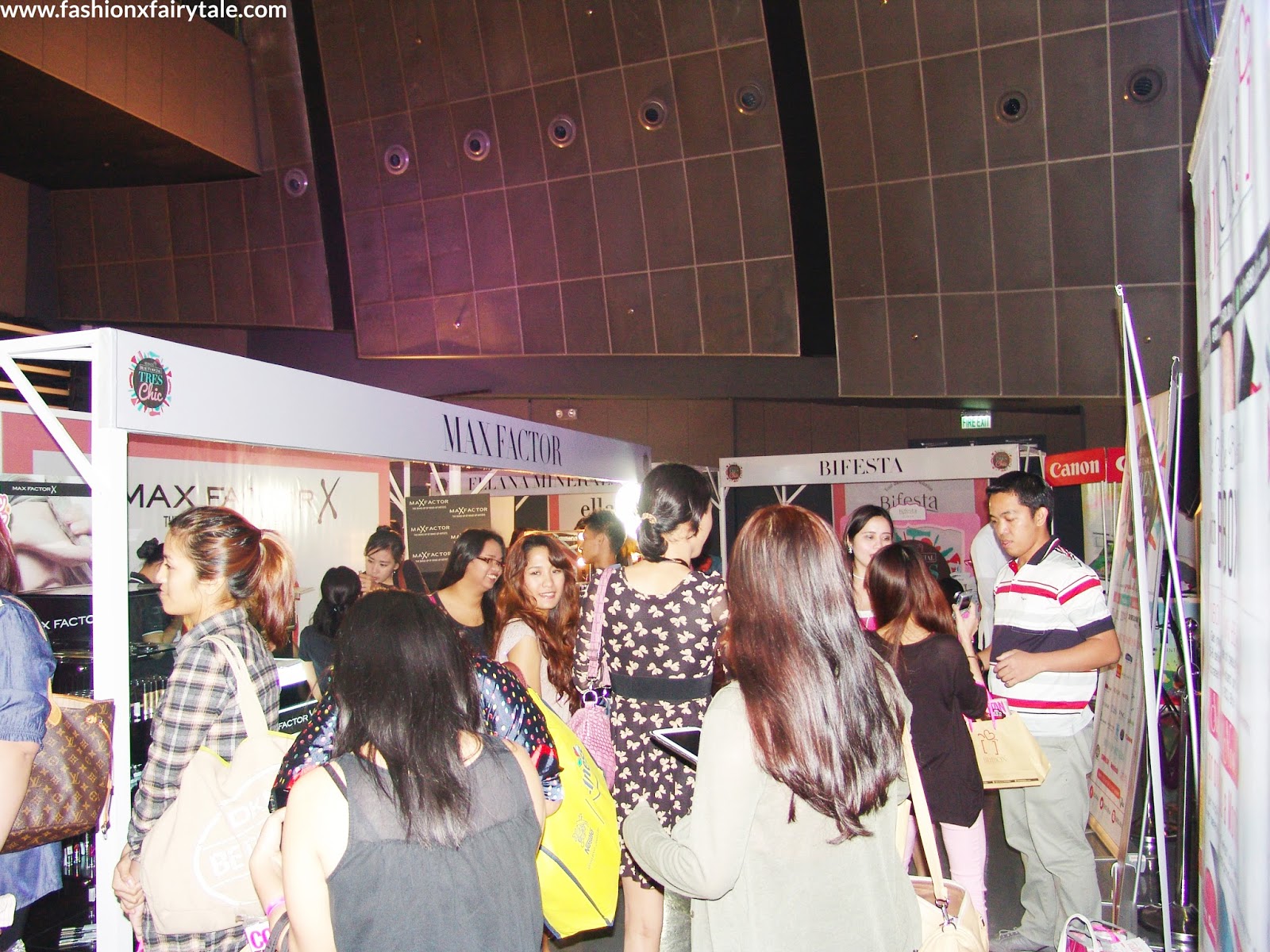 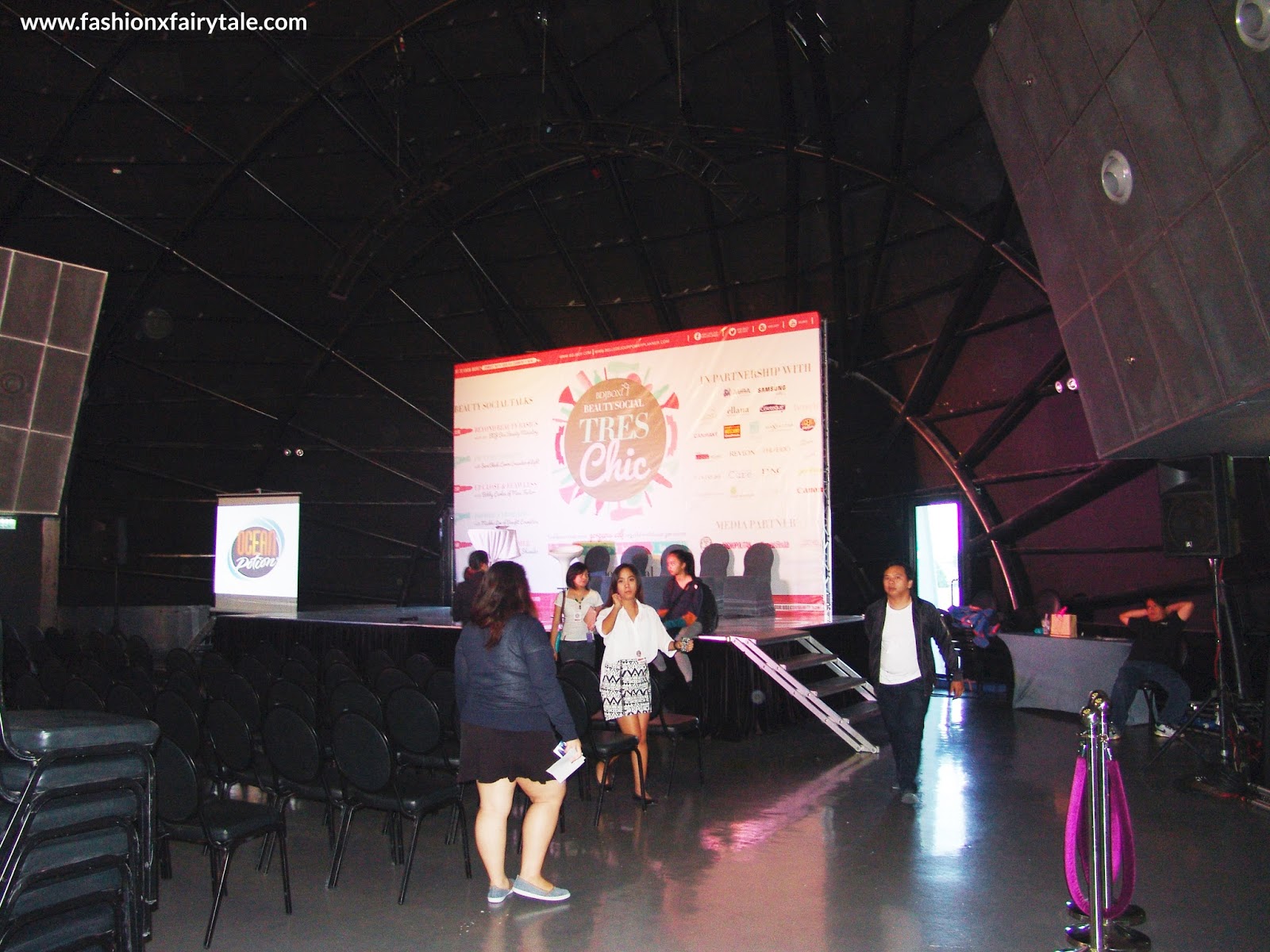 The event was really cool and with it being my first beauty event I was so thrilled. I am a very shy person though s I took my cousin who is a little shy as well but we still managed to enjoy and later our shyness went away and we had so much fun. The booths were popular and the shows were popular as well as they had a lot of people. The pictures were taken towards the end of the event which there was still a lot of people. It was so different compared to the morning where there were hardly any lines and people to crowd with. For me it was quite a success and a lot of fun activities and stuff were going on during the event with the booths and the official sponsors and people who organized the event. 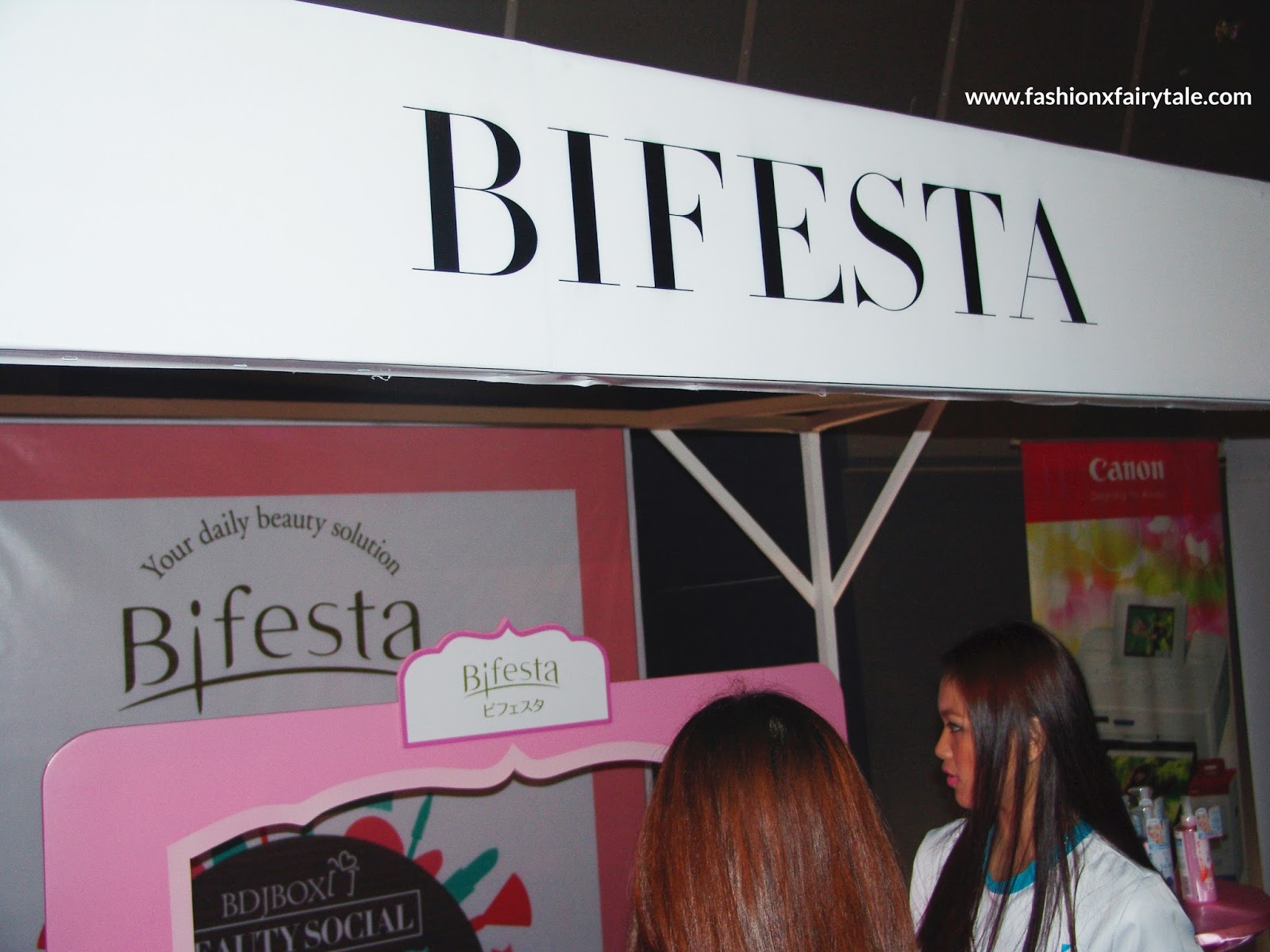 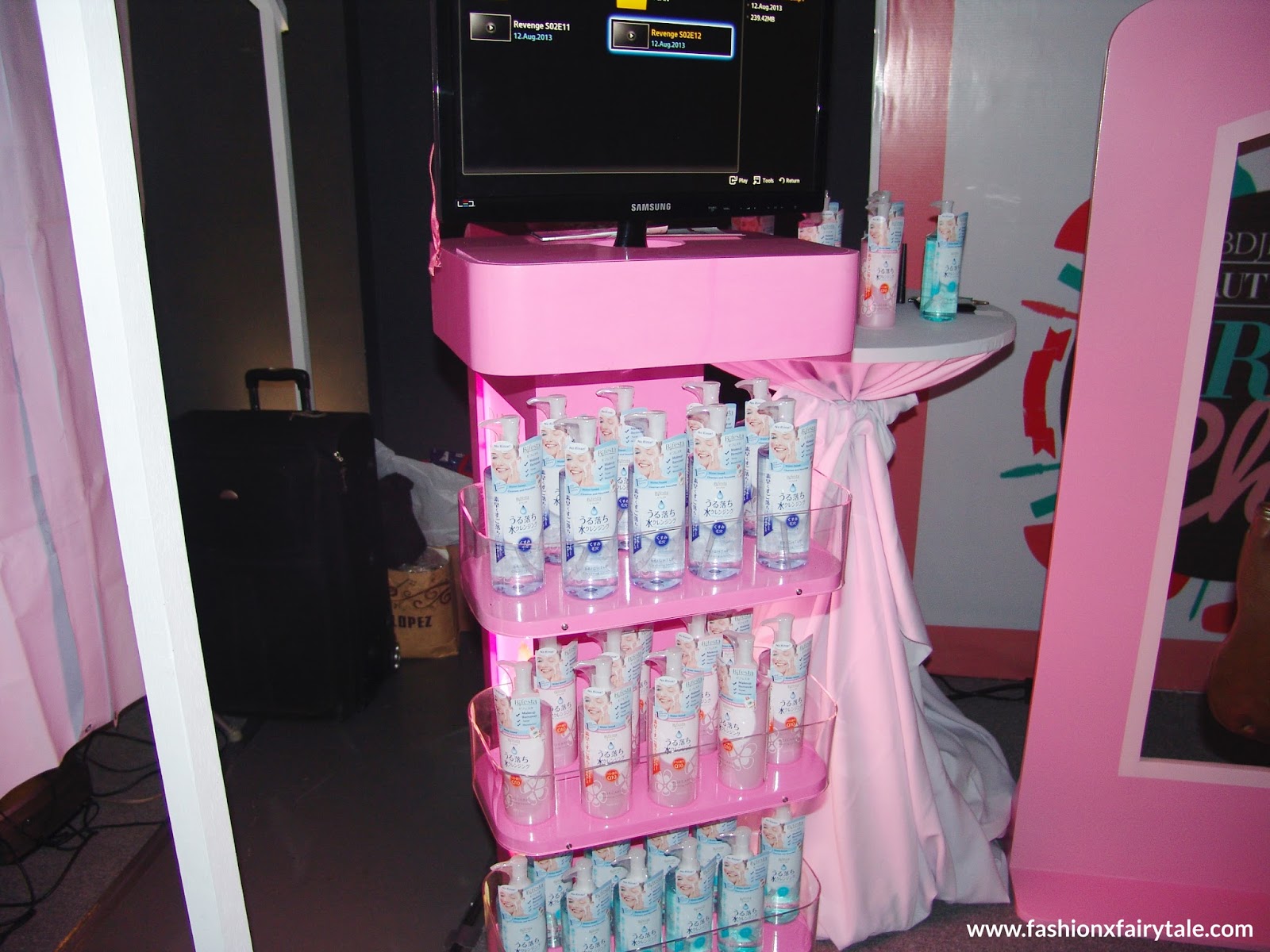 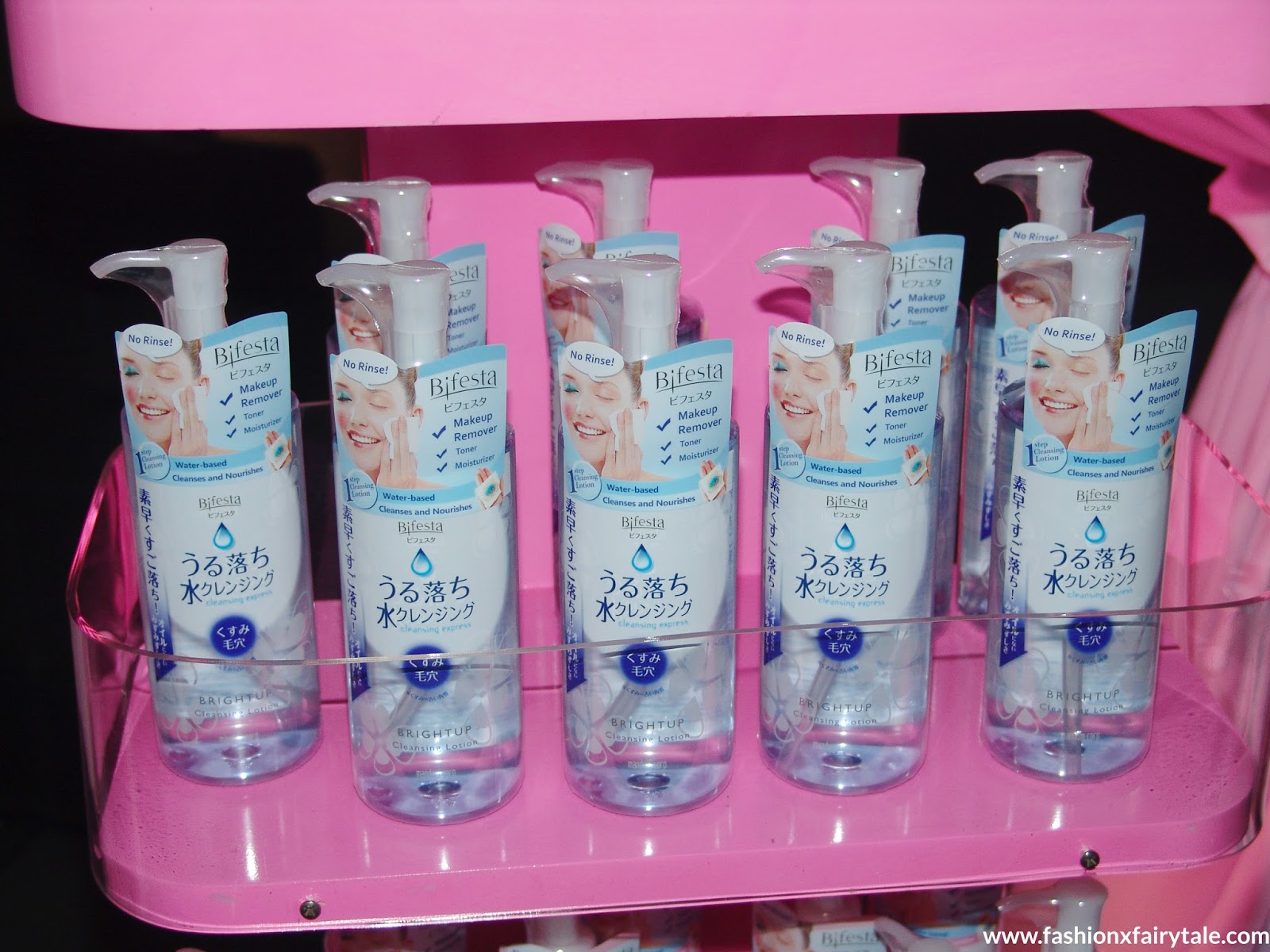 Bifiesta | The first both we went to was the Bifesta booth. We were a little shy while making our rounds between the different booths but luckily all the ladies and people managing the booths were friendly and approached us and introduced us to their products. I was thankful for this and after that then we relaxed and got to go to each booth to see what was up. Th lady from Bifesta introduced us to there makeup remover and also demonstrated how to use it and after that she gave us both a free sample to use. It was pretty big and since we were there early then e got some free samples before they ran out. 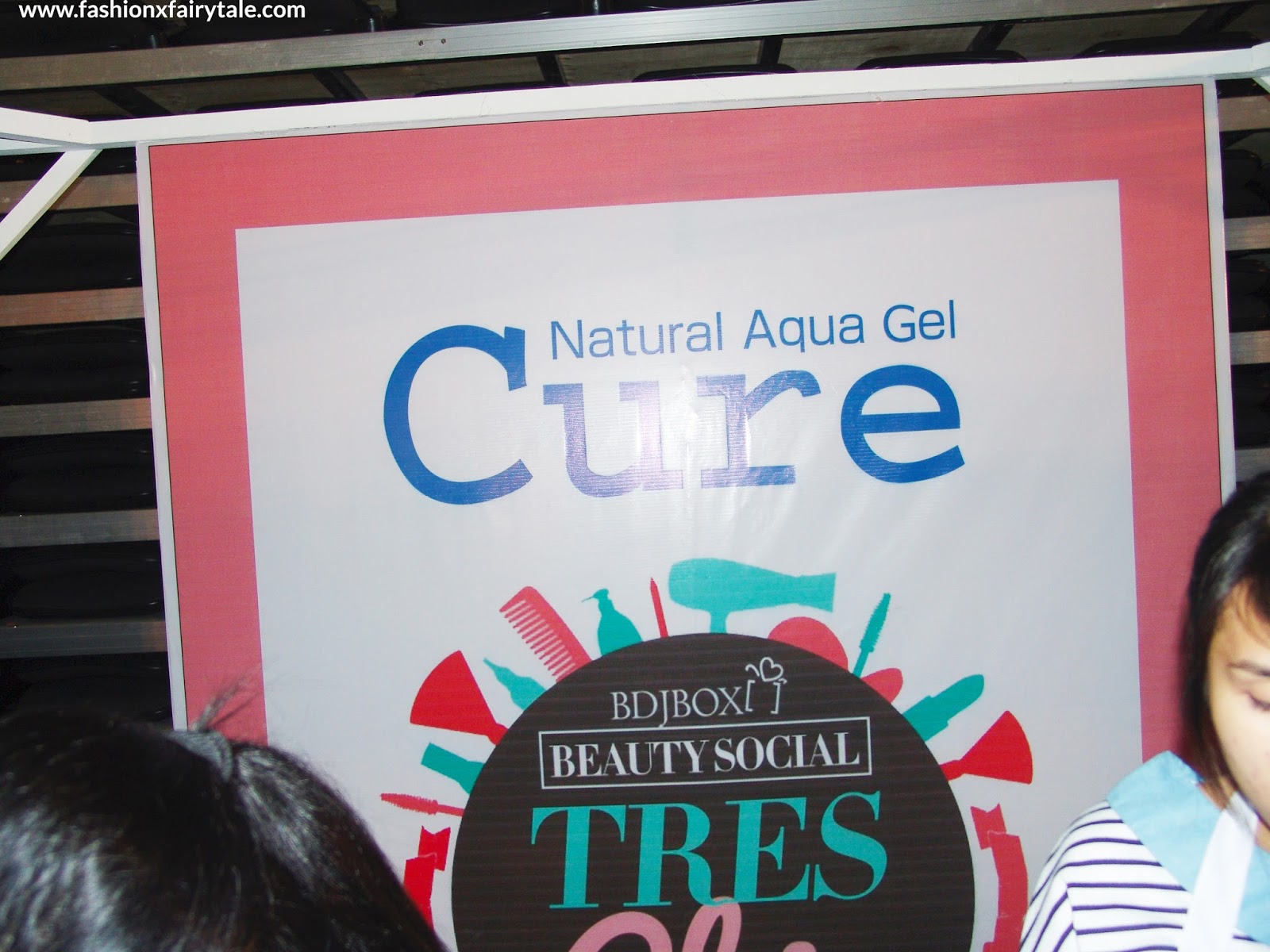 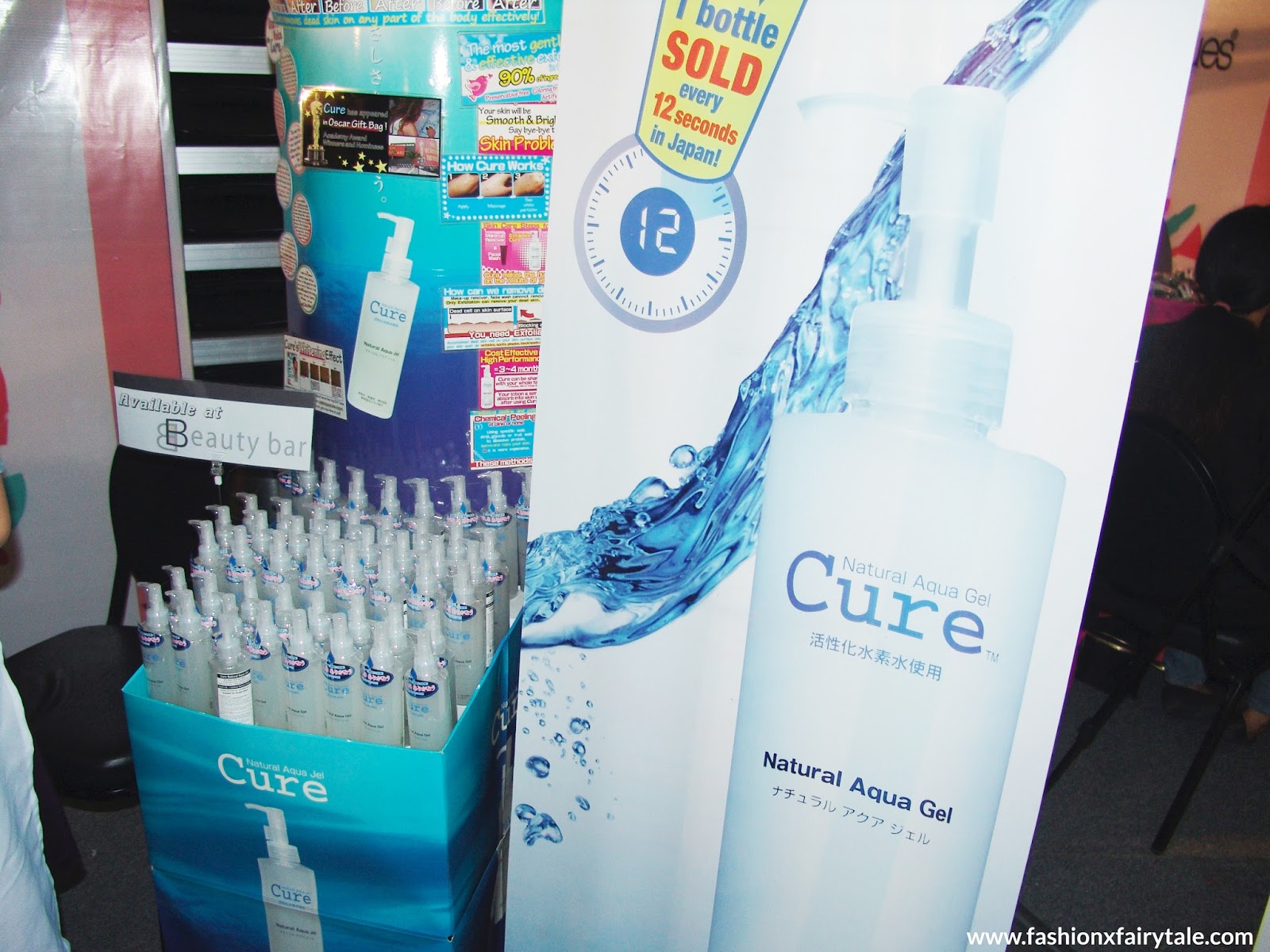 Cure | The next booth we went to was the Cure booth which is an exfoliate product from Japan. The lady there showed both of us how it worked so she took my hand and pumped some product on to the top on my hand and rubbed in circular motions and told us the white stuff is dead and dry skin. It didn’t hurt or irritate the skin and they explained that it was good for baby’s and people with sensitive skin. I saw a difference and my hand felt soft and smooth after it and my cousin loved it as well and wanted to try it for her baby. We both got a free sample and then was told we could pick it up at any Beauty Bar branch if we want to buy a full size. 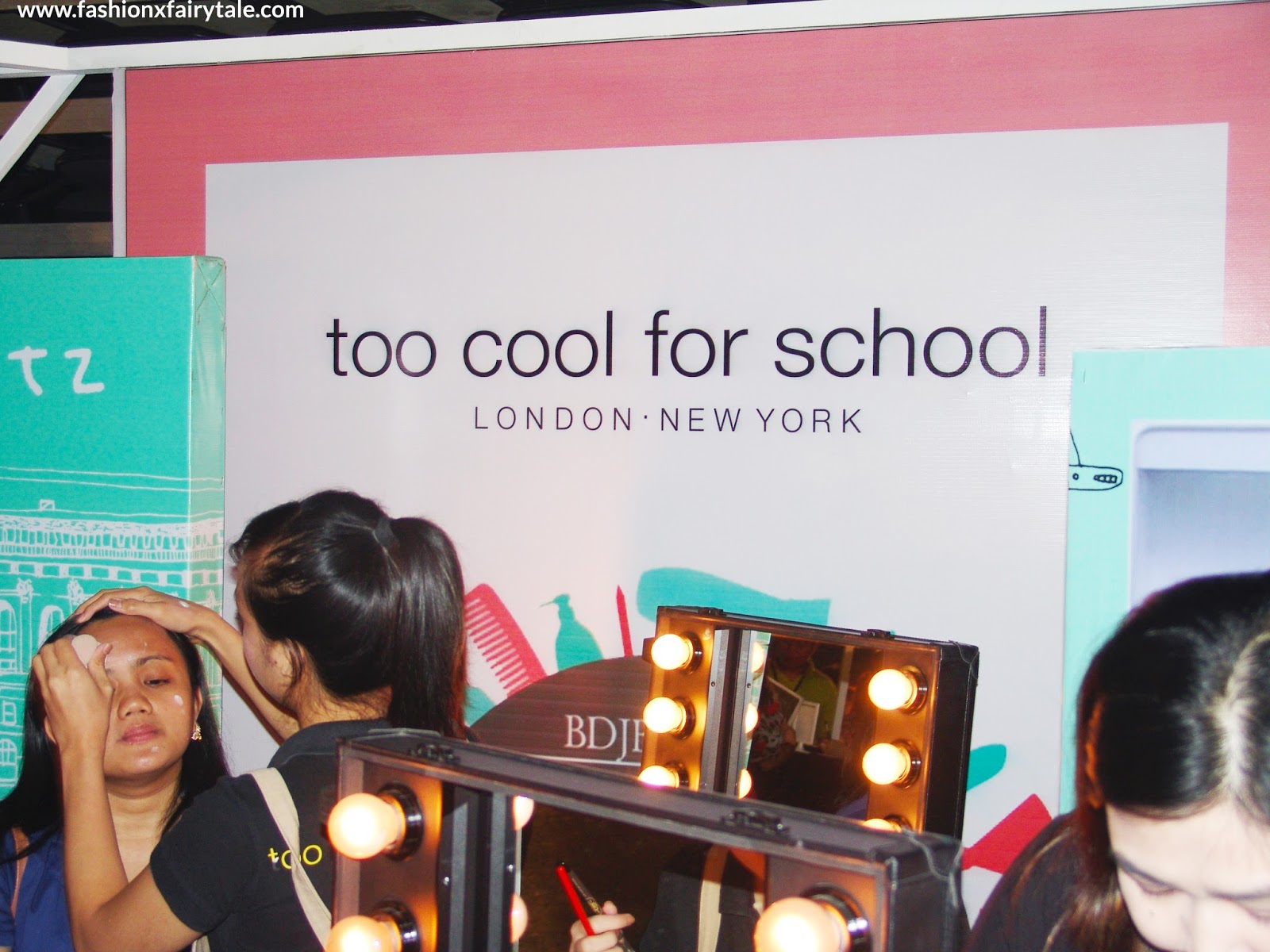 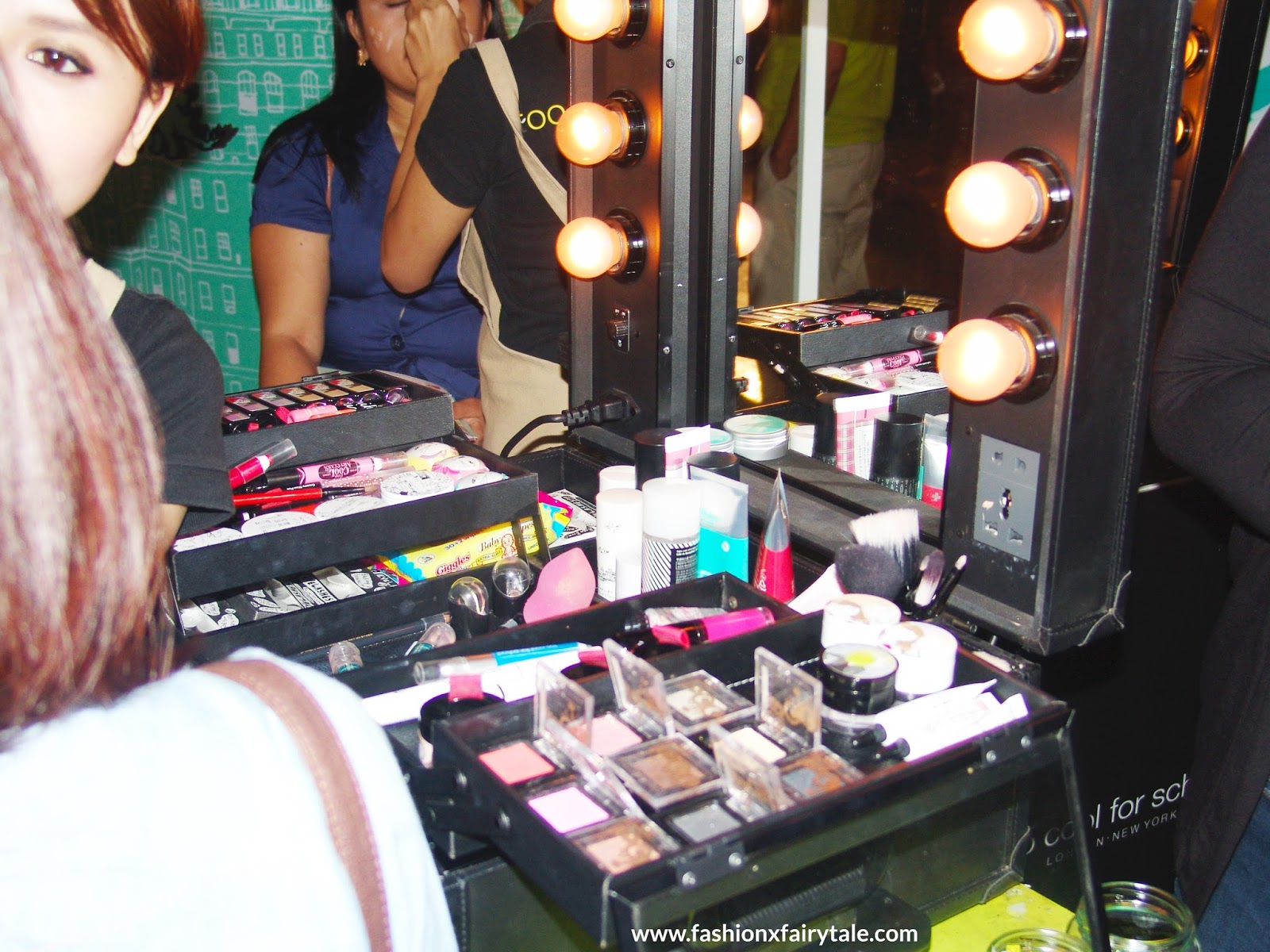 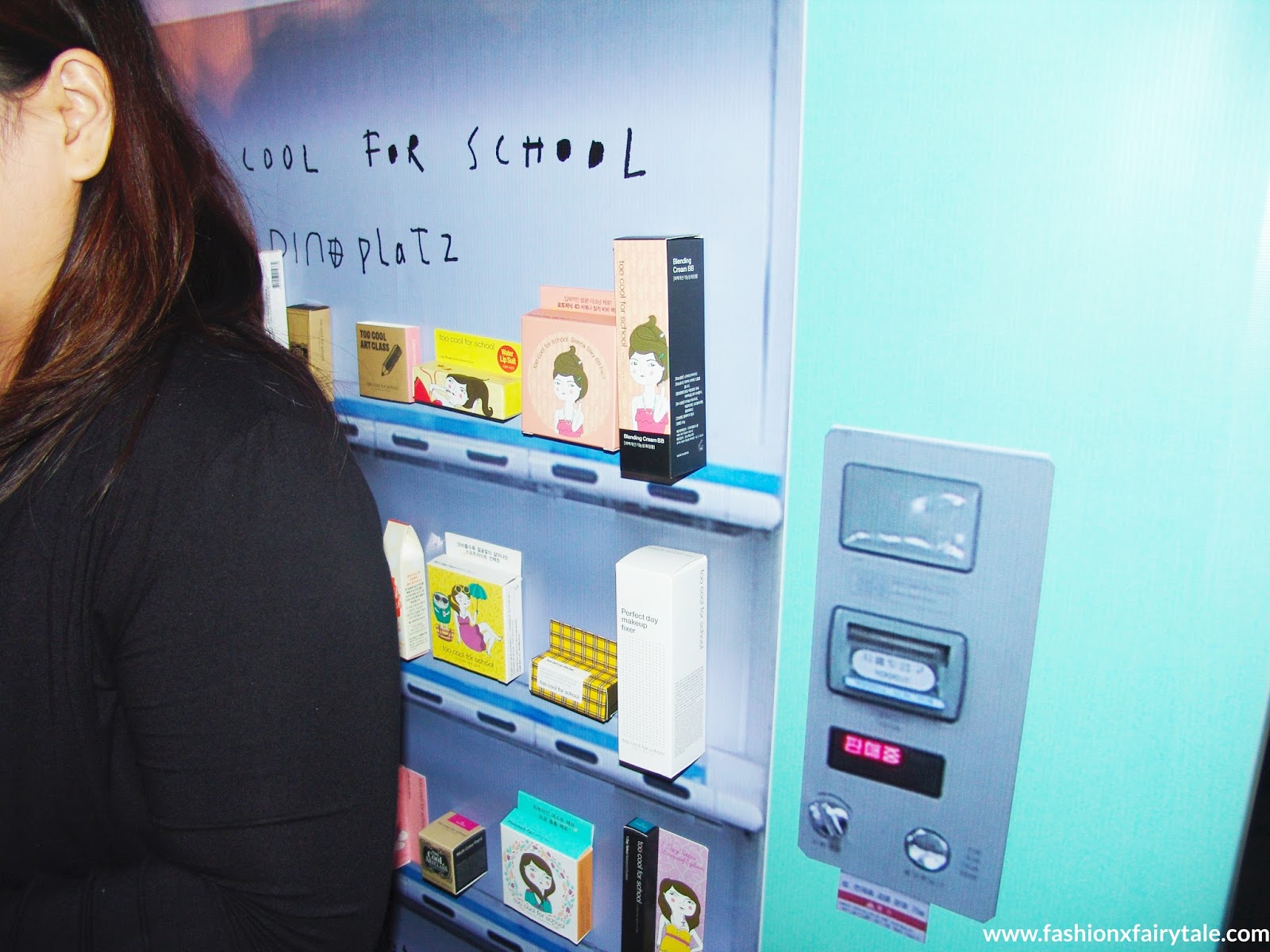 Too Cool for School | After that we went to the booth next to it which was the Too Cool for School Booth which is a Korean brand that launched here in Manila. They were doing free makeovers but we skipped out on that because we needed to go to lunch but we did get some free samples from their human vending machine. I got a BB cream and my cousin got a mask. The packaging as very cute and I want to try some other products from theirs now. 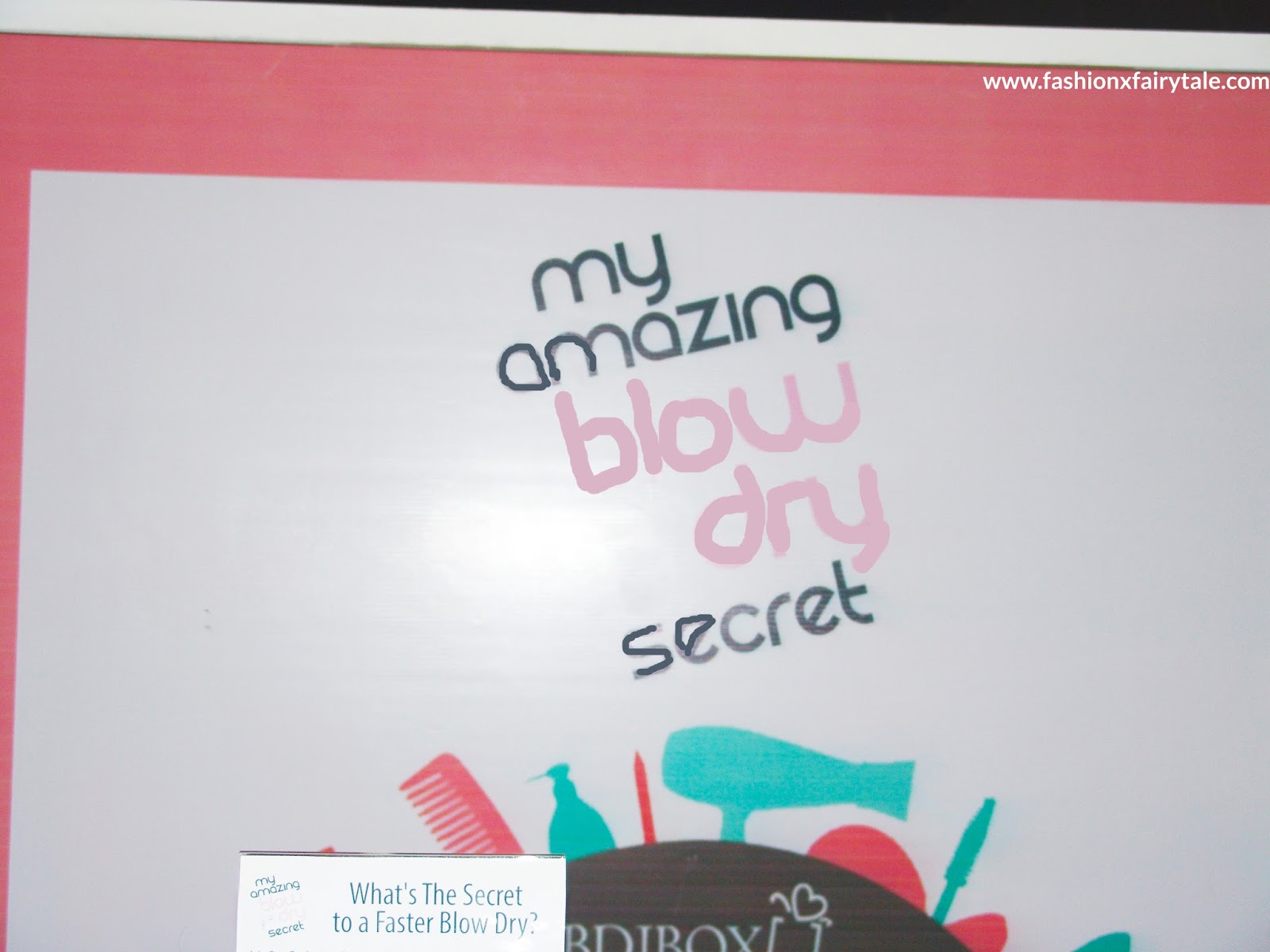 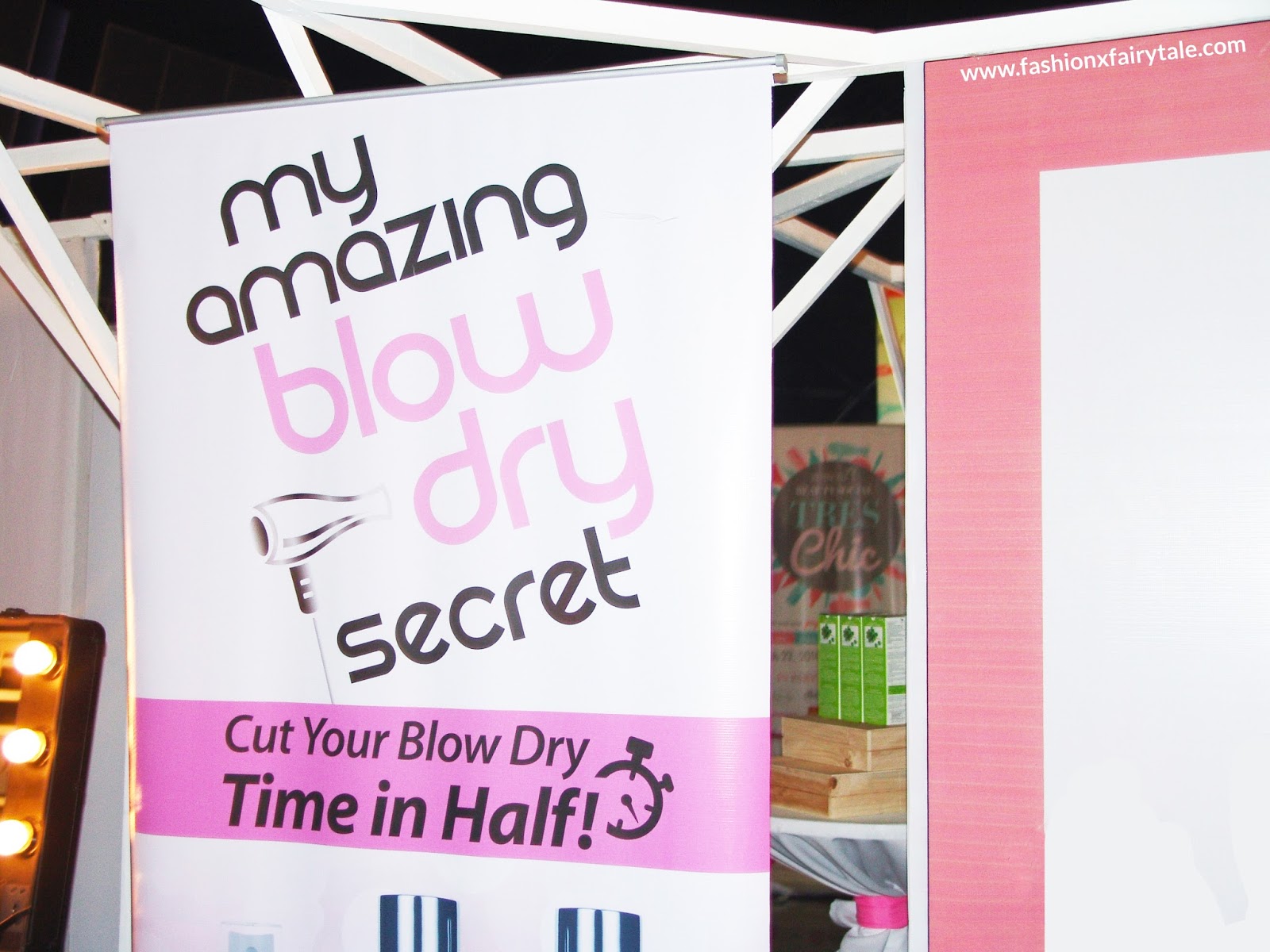 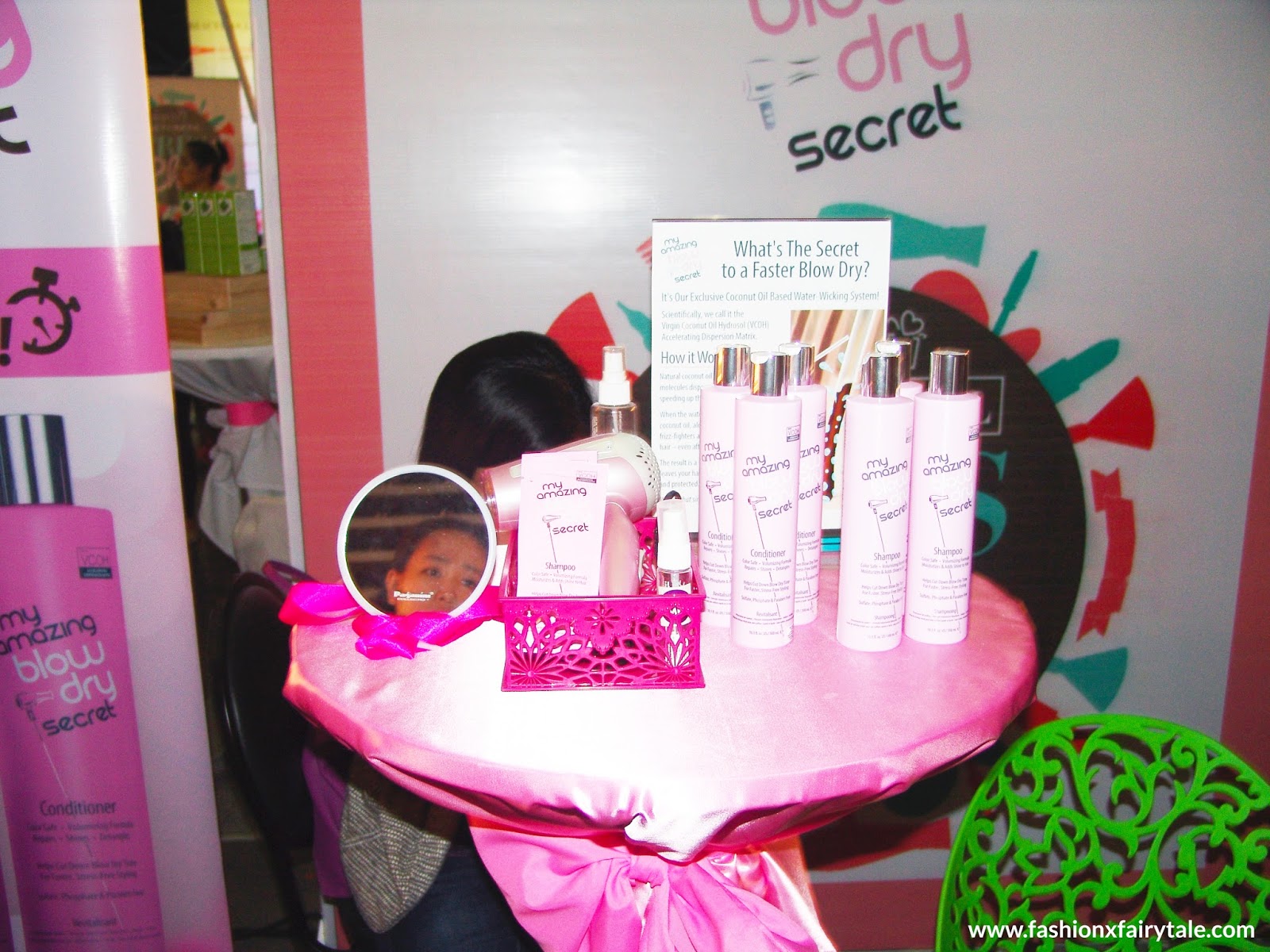 My Amazing Blow Dry Secret | The final booth we went before leaving for lunch was the My Amazing Blow Dry Secret and there they were doing free blow drys and sampling the product. But when we were there the guy was on a break so we skipped on that. It was also weird that they just opened up and the guy took a break already. I didn’t really enjoy this booth as the ladies weren’t friendly and didn’t want to talk to us about their product which was a little disappointing because we were there to see new stuff and learn about local products. I really wanted to try their shampoo and conditioner but I guess I won’t now. This was the only bad experience for me out of the whole event. I wish they treated others well or else they won’t sell their product. 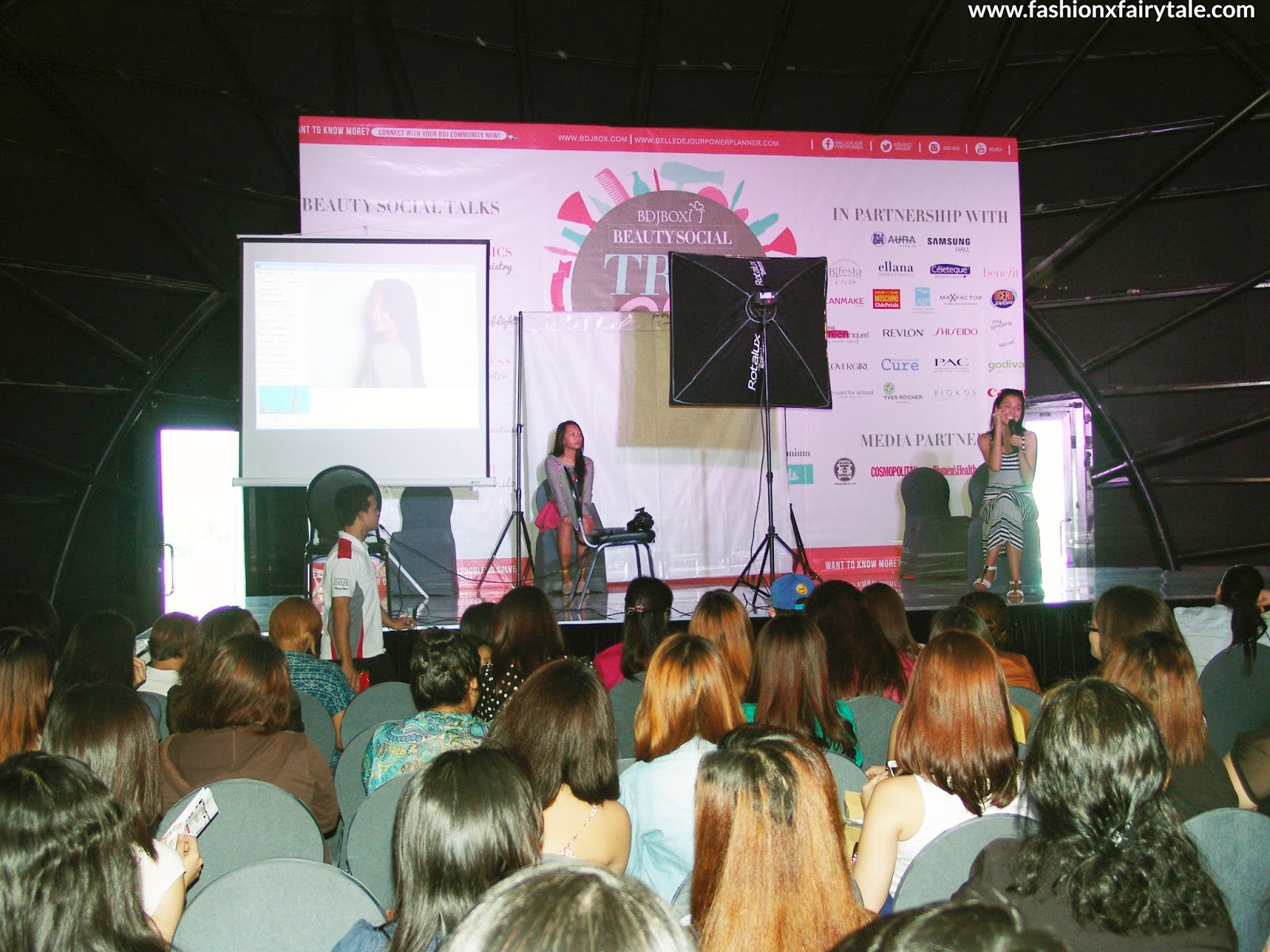 Besides the booths they also schedule 5 talks to pre-registered girls and I signed up for 4 but only attended 1 and a half and my cousin only attended 1. I was registered for the Canon talk entitled “Picture Perfect” at 1:00pm but we went to lunch and the booths were getting so full and everything so I only got to go to half the talk which was okay and I did learn some stuff too while I was there so it wasn’t a total waste. I thought the talks were interesting and definitely I learned from both. 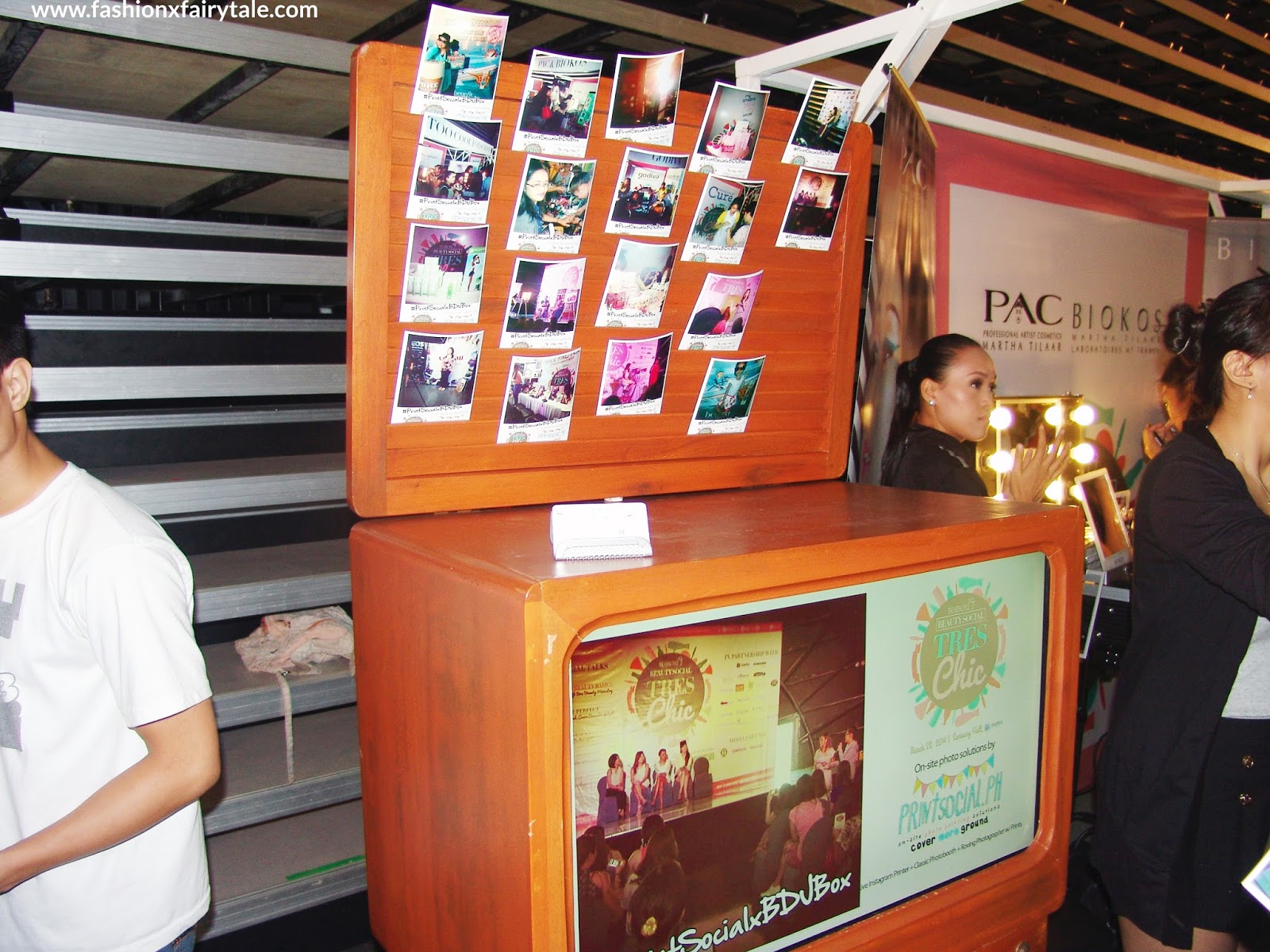 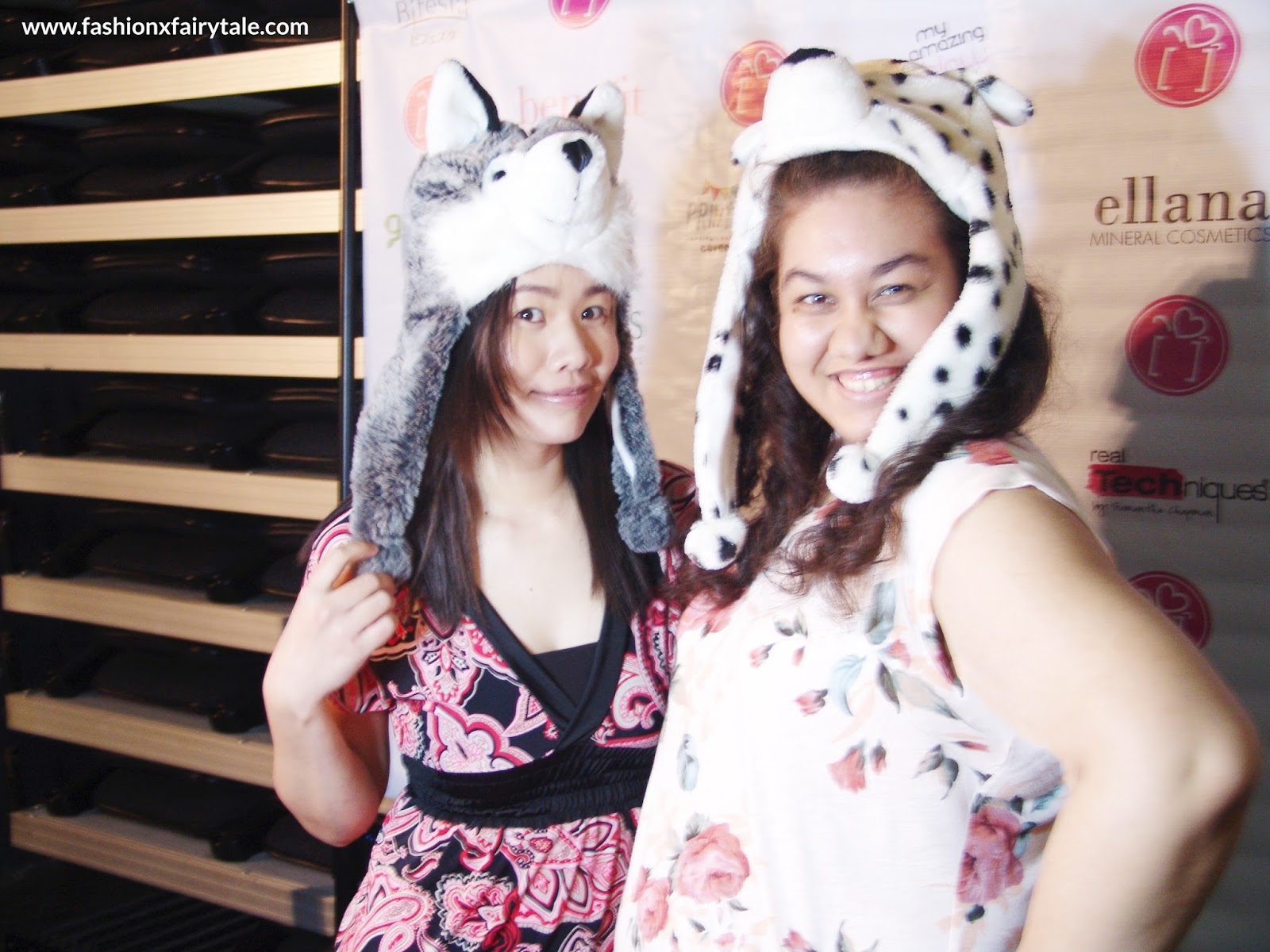 This was my first time taking a picture at a photo booth and I would have to say it was amazing and so fun. This was another perk of being pre-registered and both my cousin and I got separate pictures. Hers was with her husband and baby and then mine was the two of us trying to be models. The pictures turned out great and I wish I got a picture of them but I might include them in another post. There was also another service where you use a hashtag and it automatically recognizes your picture and you get a big size Polaroid of that shot. I got one with the Benefit speaker and I which I posted on instagram and it printed it out. So I got to pictures to keep for memories which is quite nice. 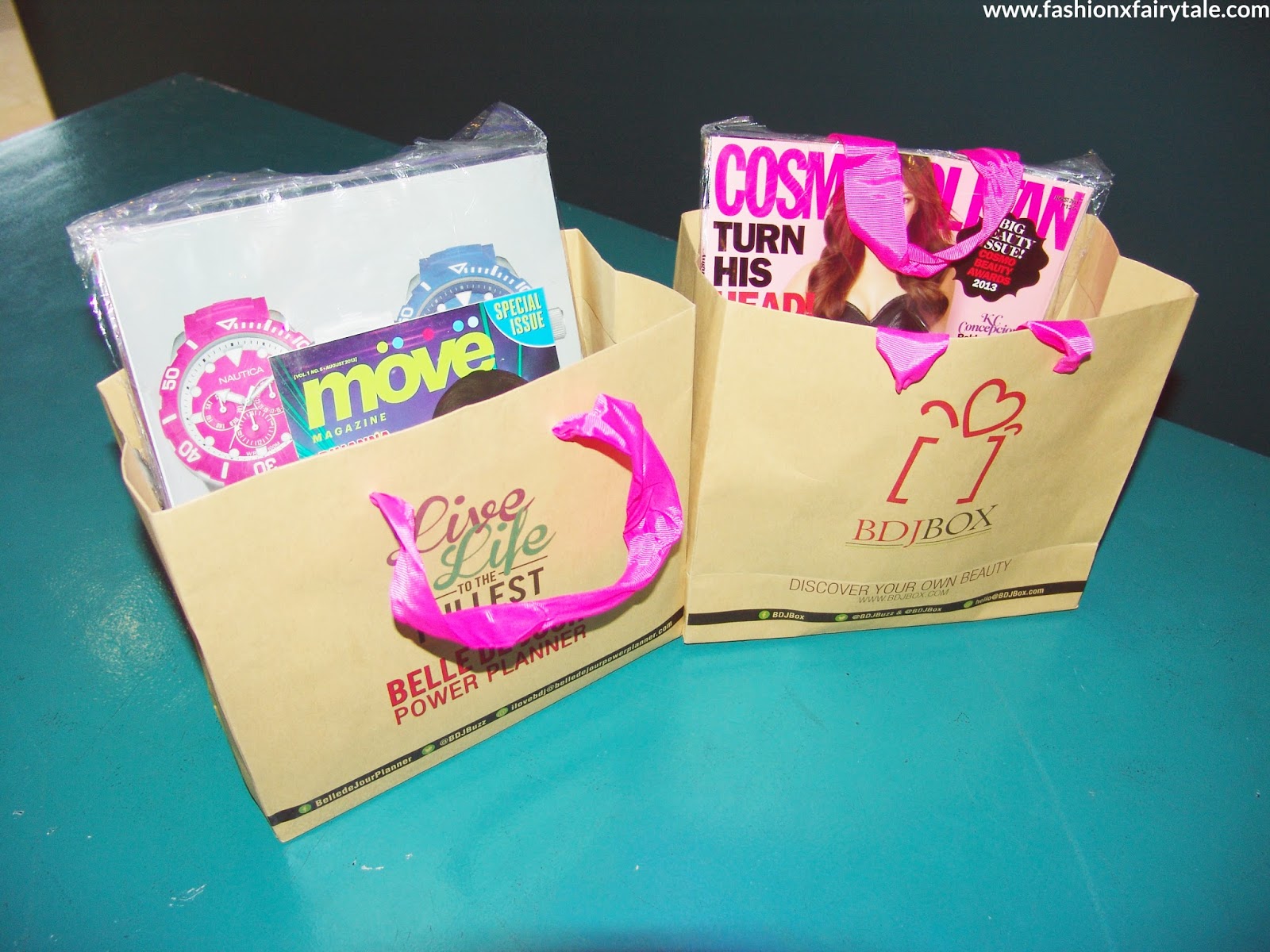 And lastly the goodie bags or the loot bag as they called it. Since my cousin and I pre-registered for the event we both got to enjoy the free goodie bag. I will do another post on the contents and the samples we got from each booth.

All throughout the week I will be posting of the booths I enjoyed and will be reviewing them separately. So be sure to check back in tomorrow as I will be posting about Revlon and Moschino as I found today’s post quite long already.

That was my overall experience of the BDJ Beauty Social and I had an amazing time and with it being my first beauty event I attended I truly had a blast. I recommend pre-registering because you get so many perks and if you know you are attend it is definitely worth your while. The whole thing was great from start to finish and everyone was so nice and made the experience such a memorable one. I would totally attend the next one and cannot wait for it. I hope you enjoyed the firs post of BDJ Beauty Social Week!

What do you look forward to when going to an event like this?