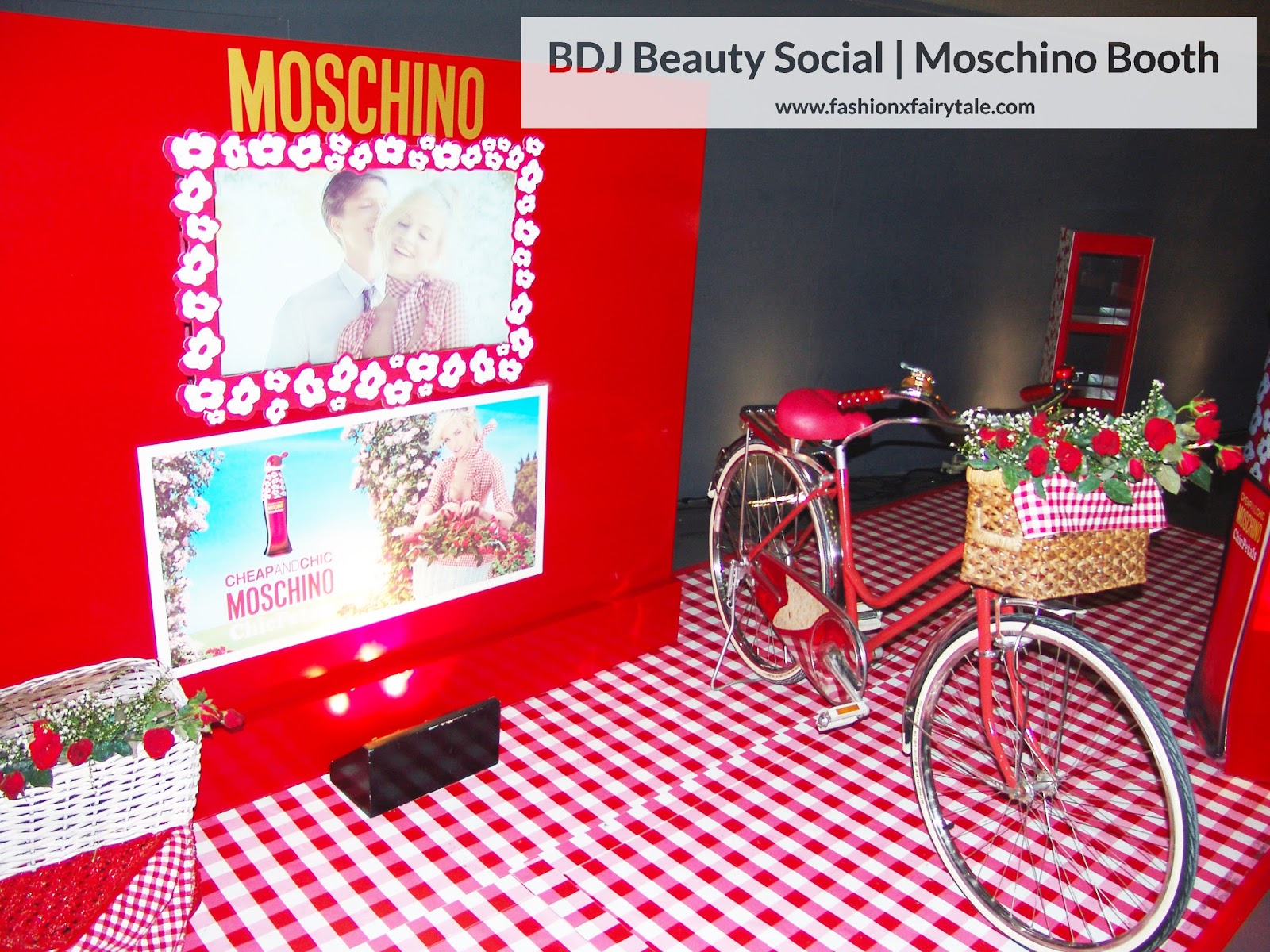 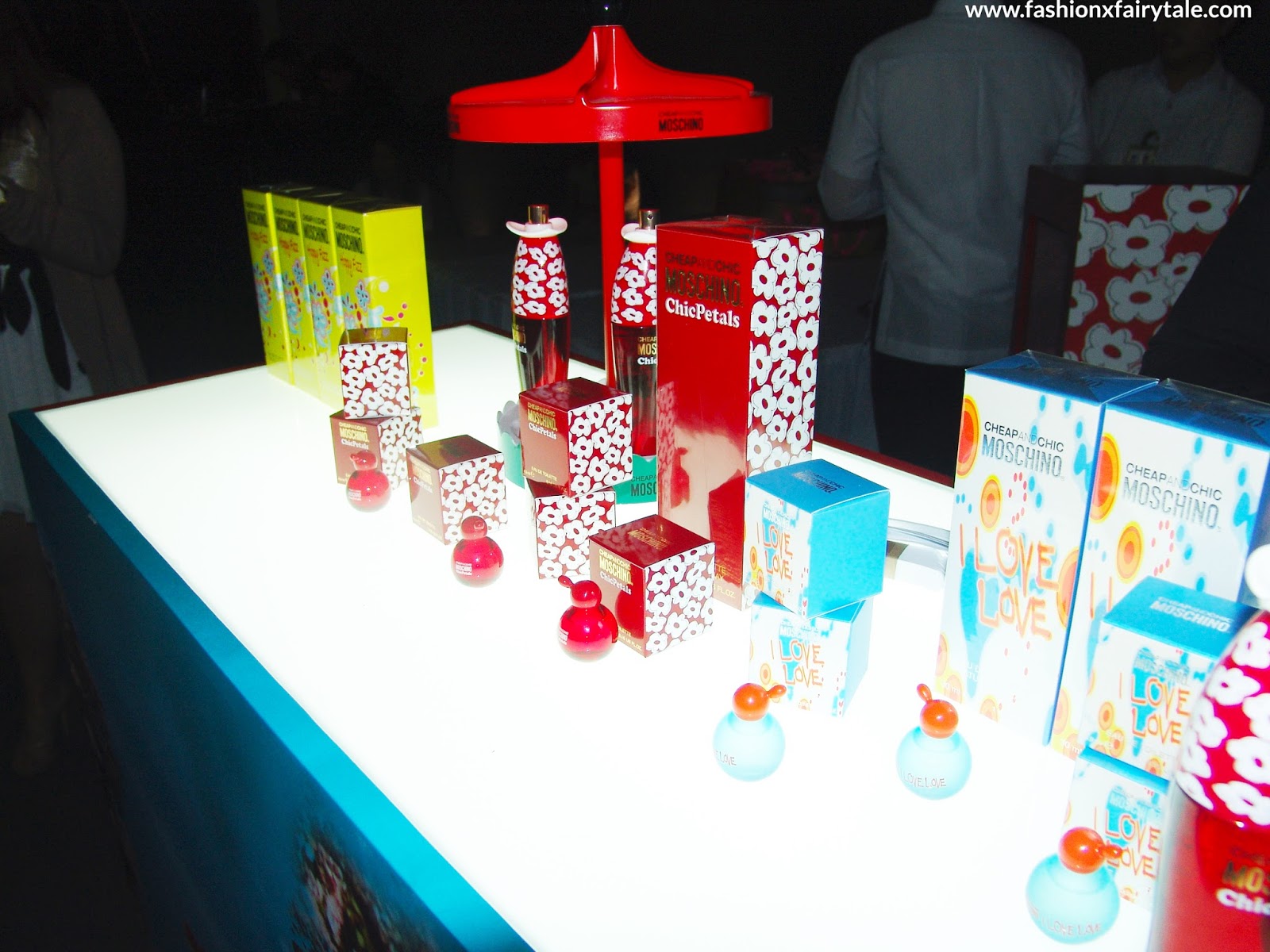 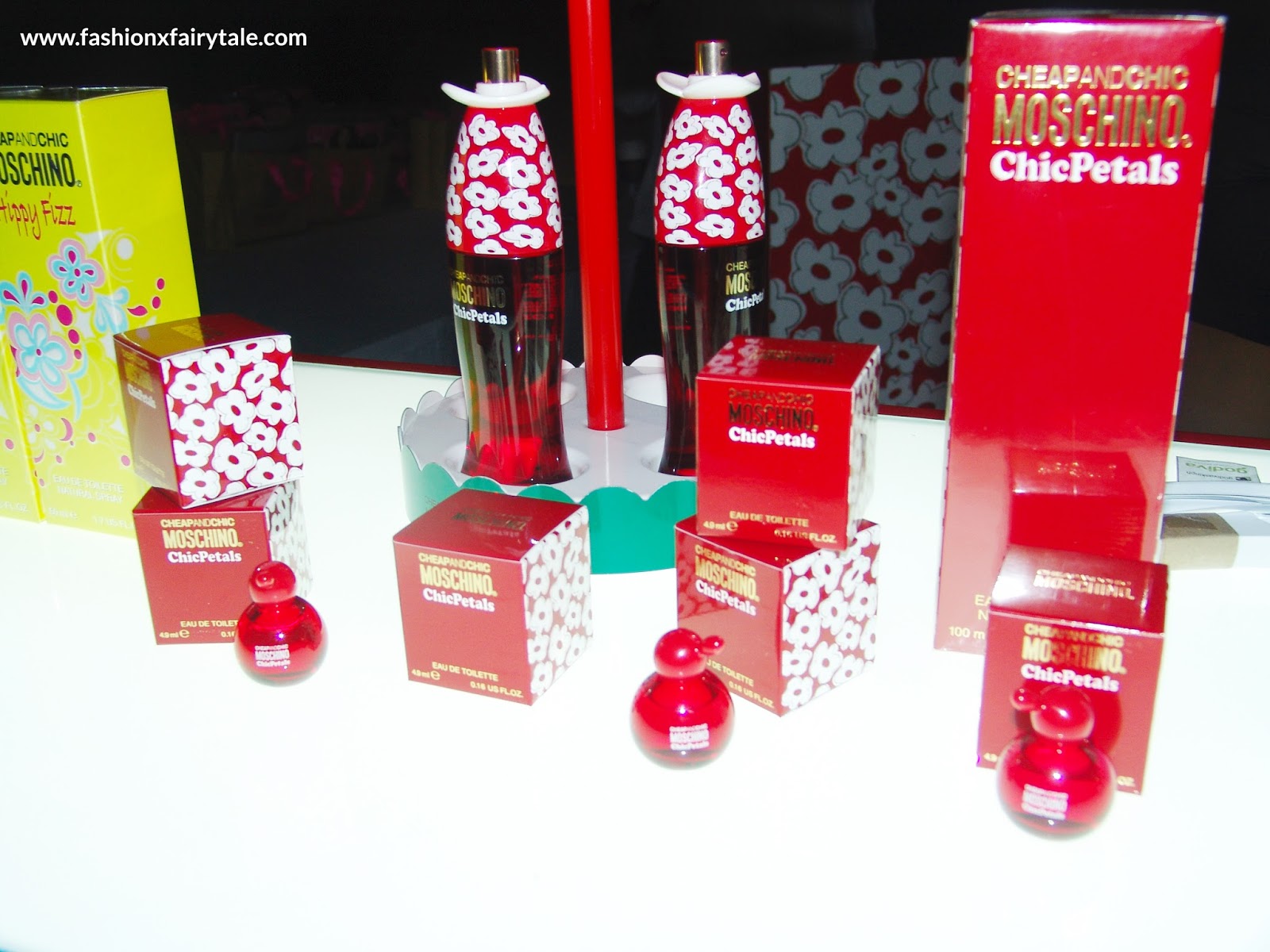 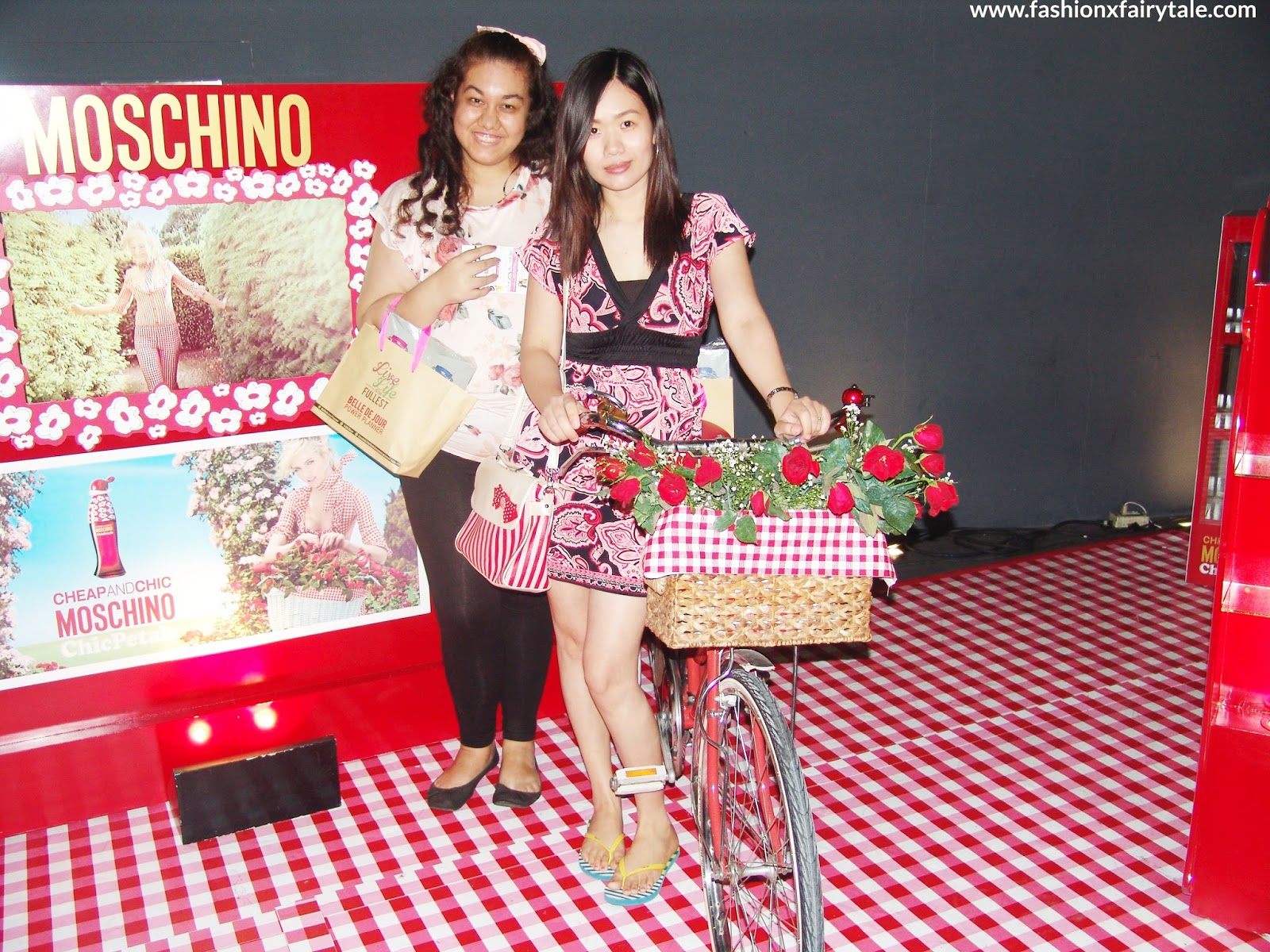 Today on day to of BDJ Beauty Social Week I decided to separate these booths as there were too many in yesterdays post so they get their own post.I have a few more to go up in the next couple of days of my thoughts on the separate booths because i think they deserve them plus it was so much fun since I never done something like this before.

The Moschino booth was very creative and so pretty and there was definitely thought put into it. I have heard of their perfumes before and always wanted to try a scent and they did smell lovely but it just wasn’t my type of scent. My cousin liked it and preferred it over me so that just shows how different our personal choices are. We entered the raffle but sadly didn’t win but that’s okay. The guys at the booth were friendly too which I have to complement on and one was nice enough to even take pictures for us in front of the pretty bicycle. I’ve always wanted a bike like that for some reason. 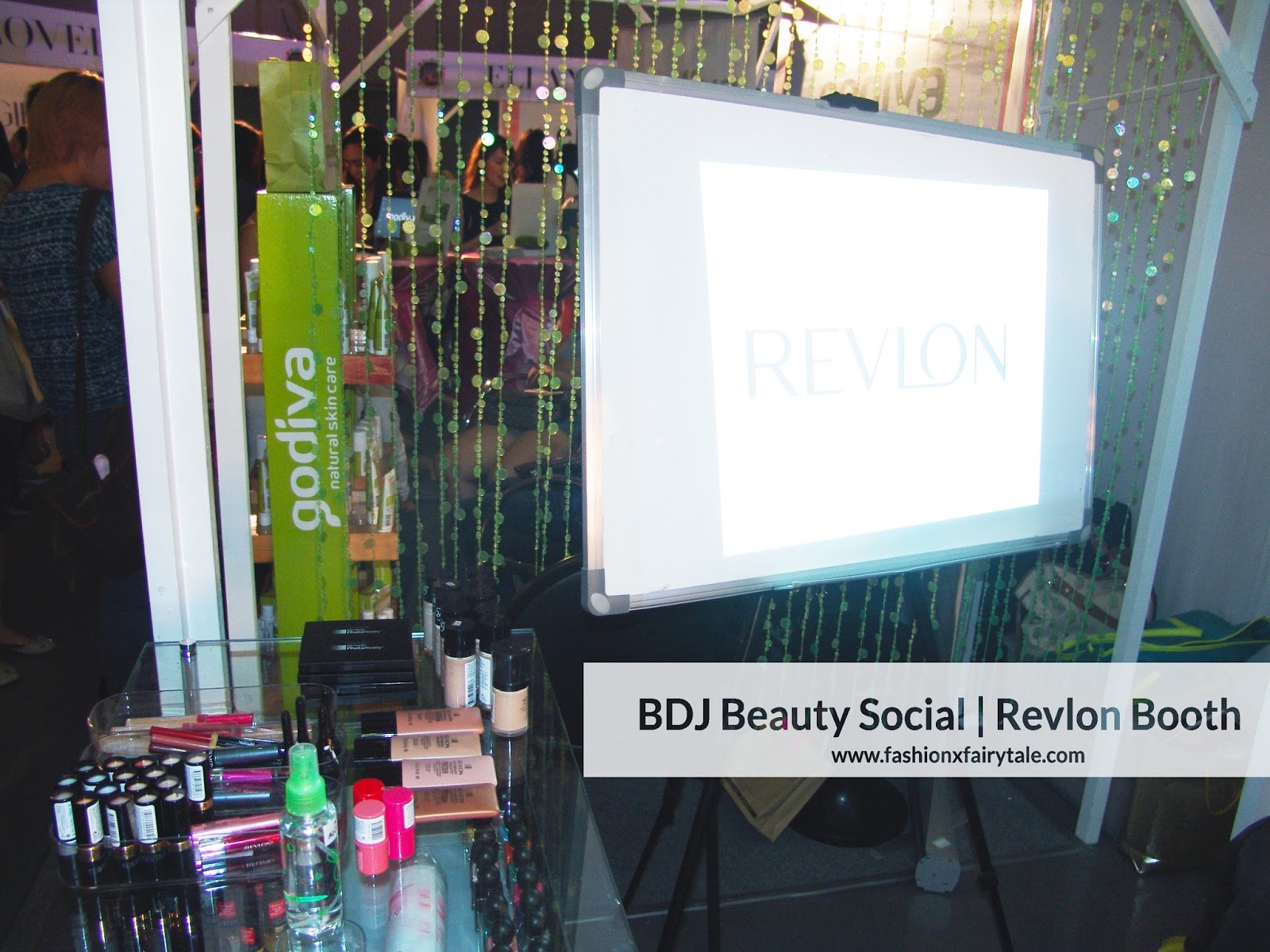 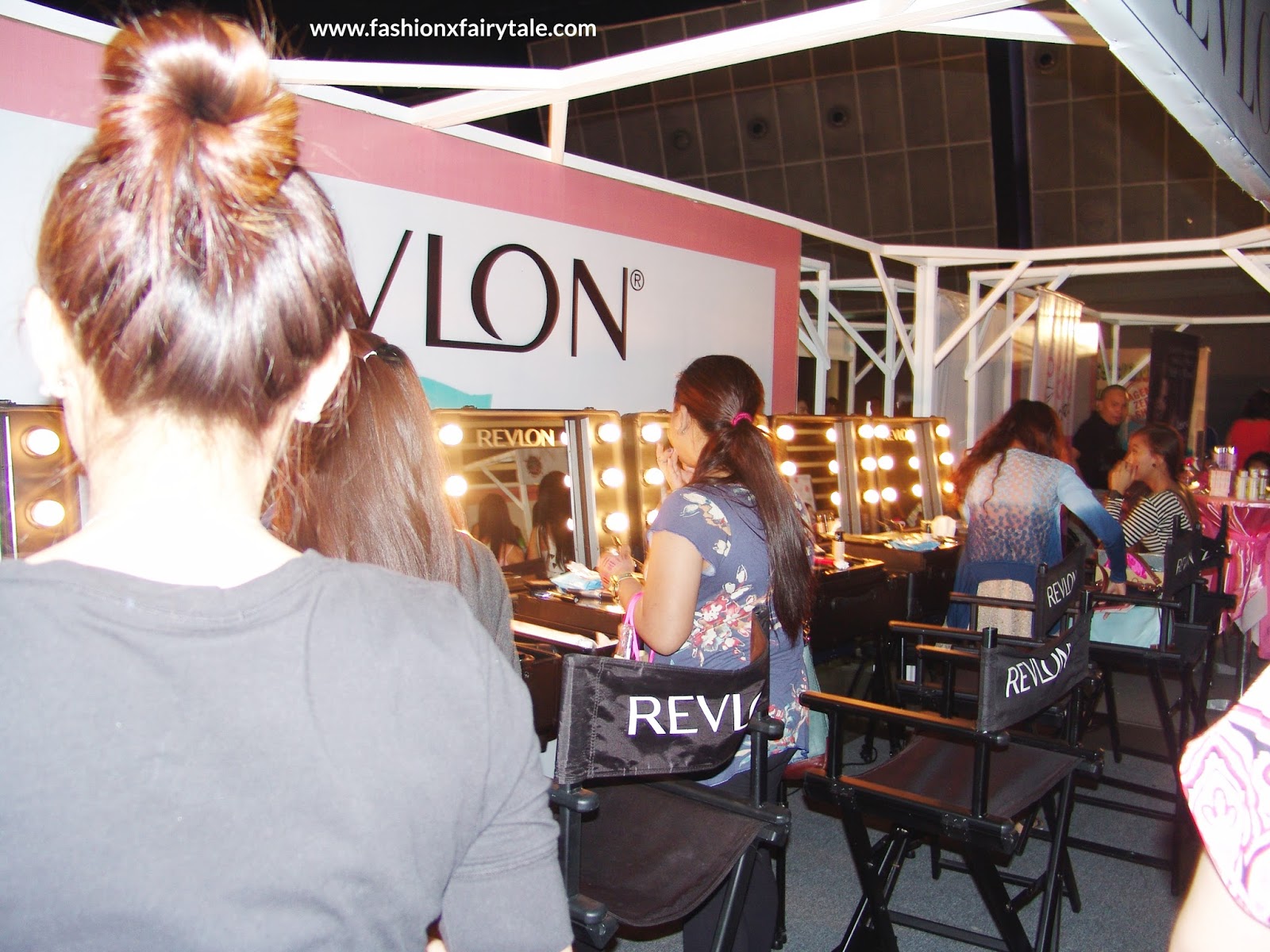 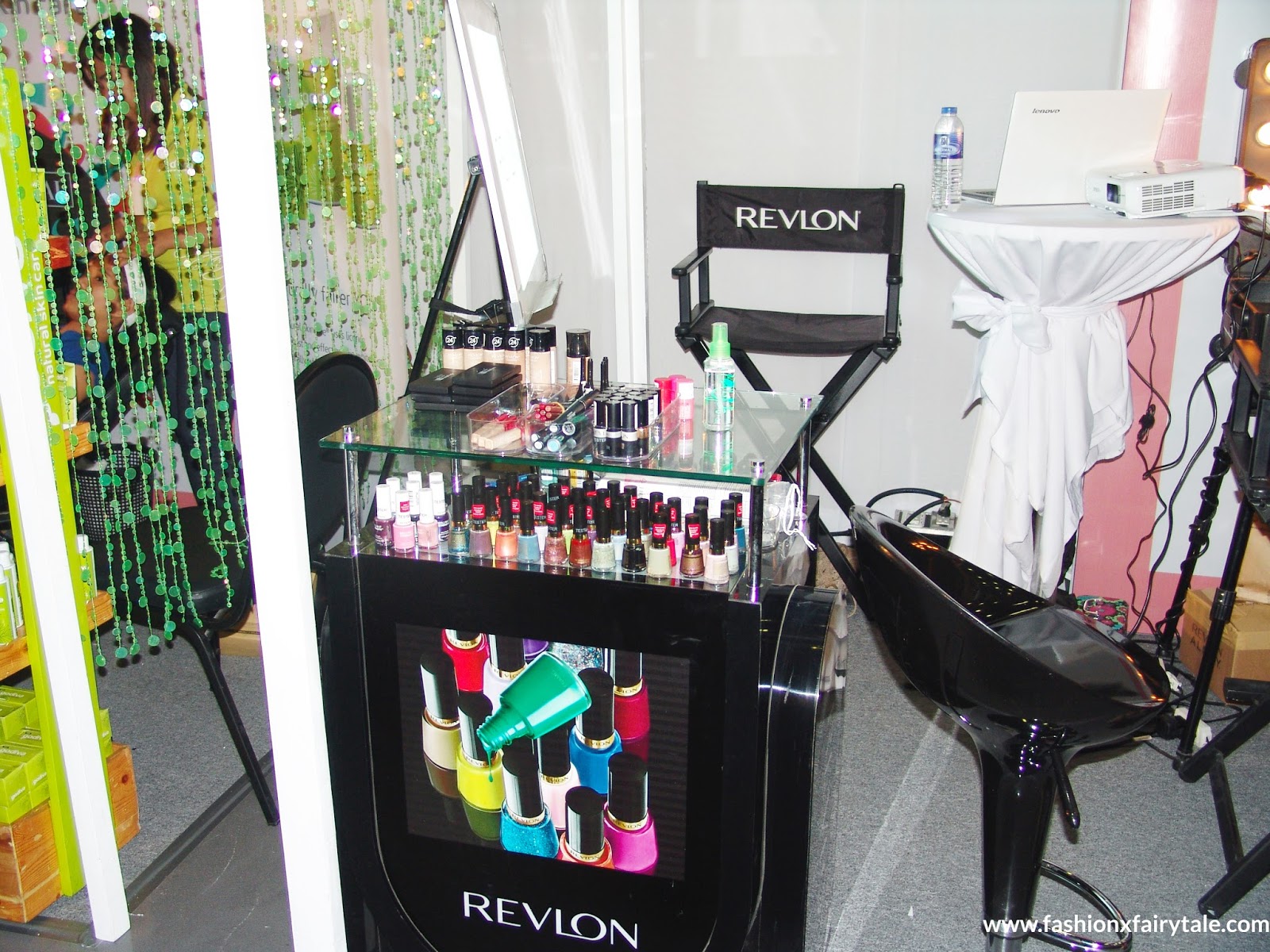 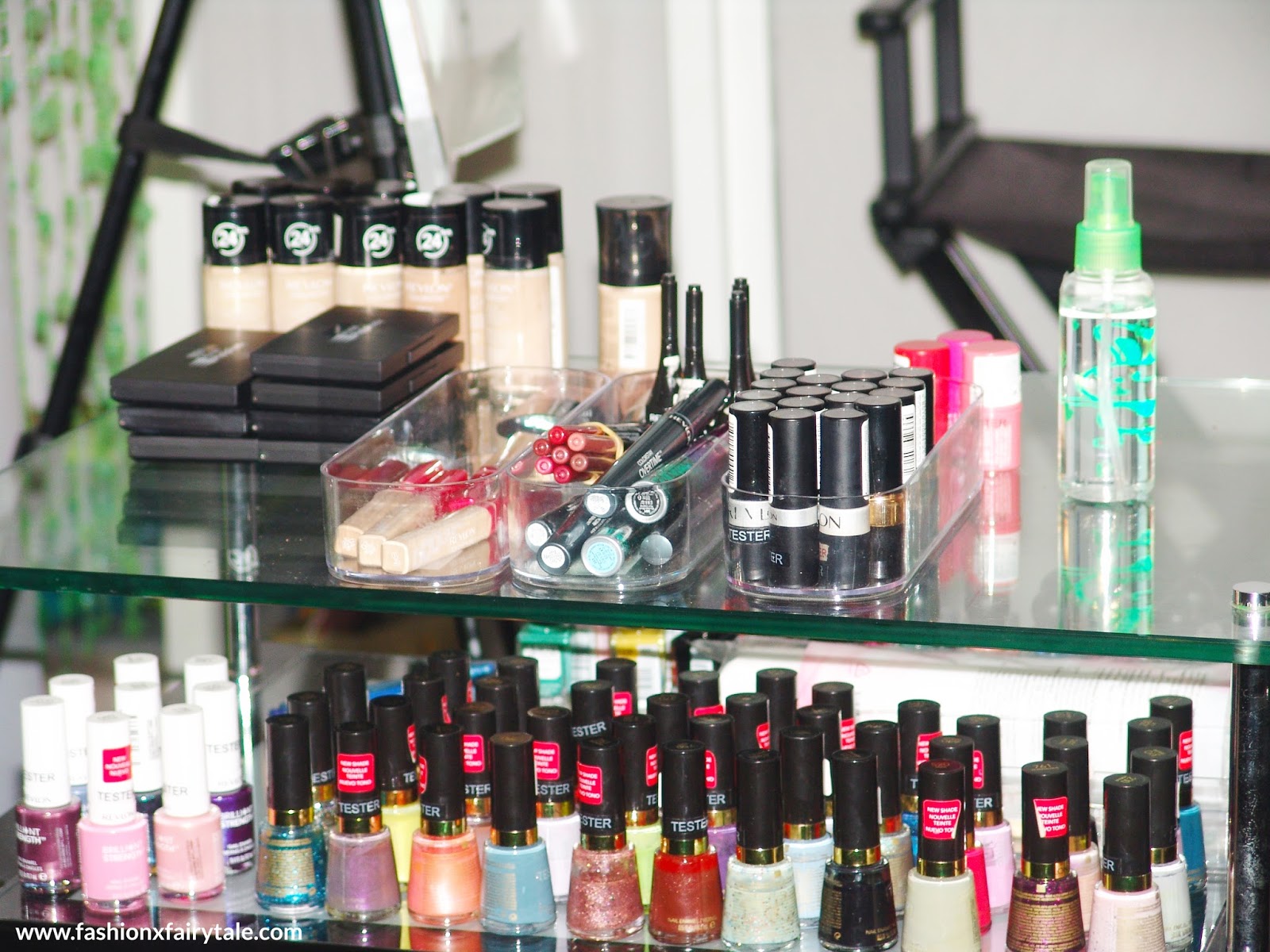 The Revlon booth was another makeup brand I was looking forward to and when I got the email for the layout of the event I wanted to go check them out. My mom was always a big fan and when I was growing up and going to ballet recitals this was the brand she used on me a lot so I guess I was influenced. She still buys the same Revlon lipstick shade until now is quite a big fan of the color. The nail polishes were also something my mom collected and she had so many dusty rose colors in different finishes and shades and I only realized until I was a little older that nail polish just don’t come in that shade. Since that was the only color my mom bought I thought they were all that color.

I really wanted to attend the seminar but it was getting pretty late and since I just got my nails done I didn’t get to try out their nail polishes which I know now that next time I am not going to do anything ad just get glammed up at the event. I did get to look at their products which was great so it wasn’t a total waste and the ladies were so friendly.

I enjoyed going to these two booths and tomorrows post will be of the Real Techniques and Ellana Minerals booth which was something I also looked forward to since I have become a big fan of both brands.


What makeup brand do you remember your mom wearing when you were a child?